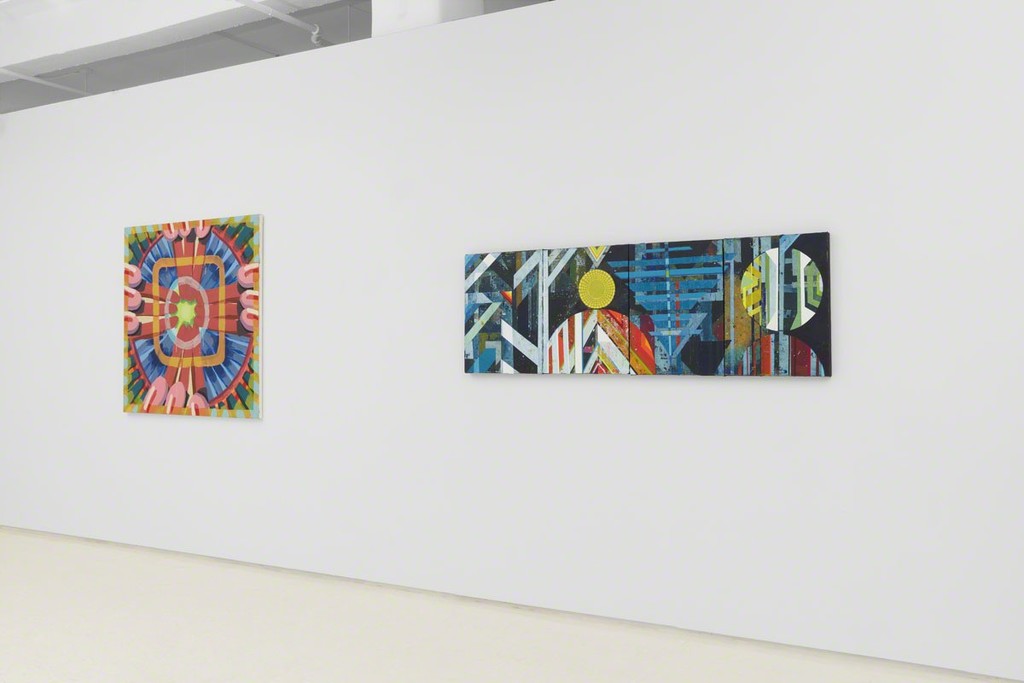 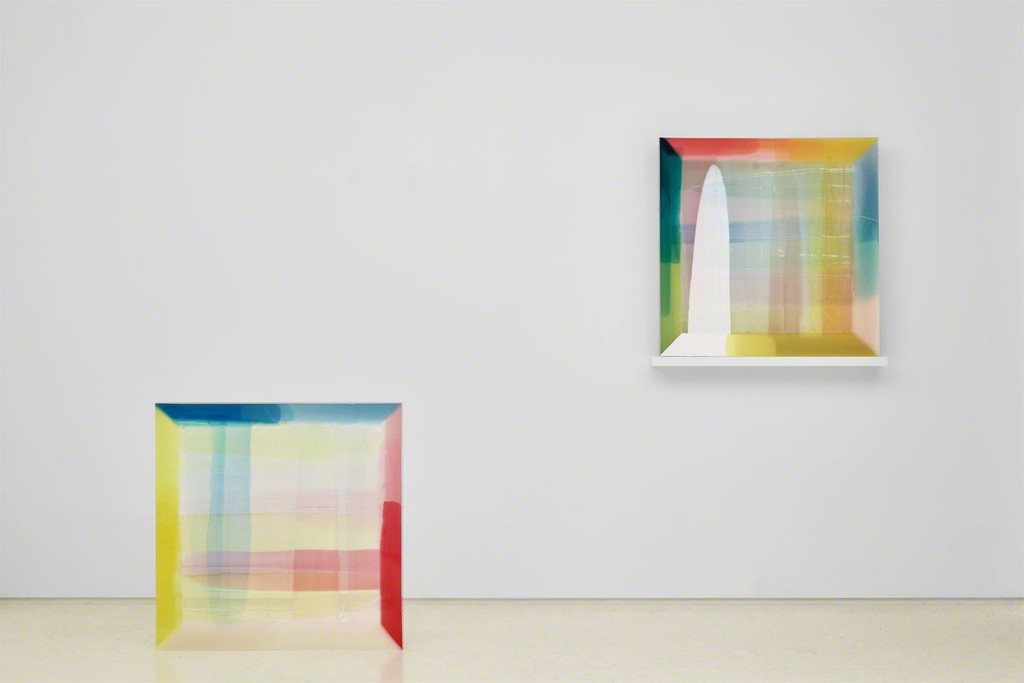 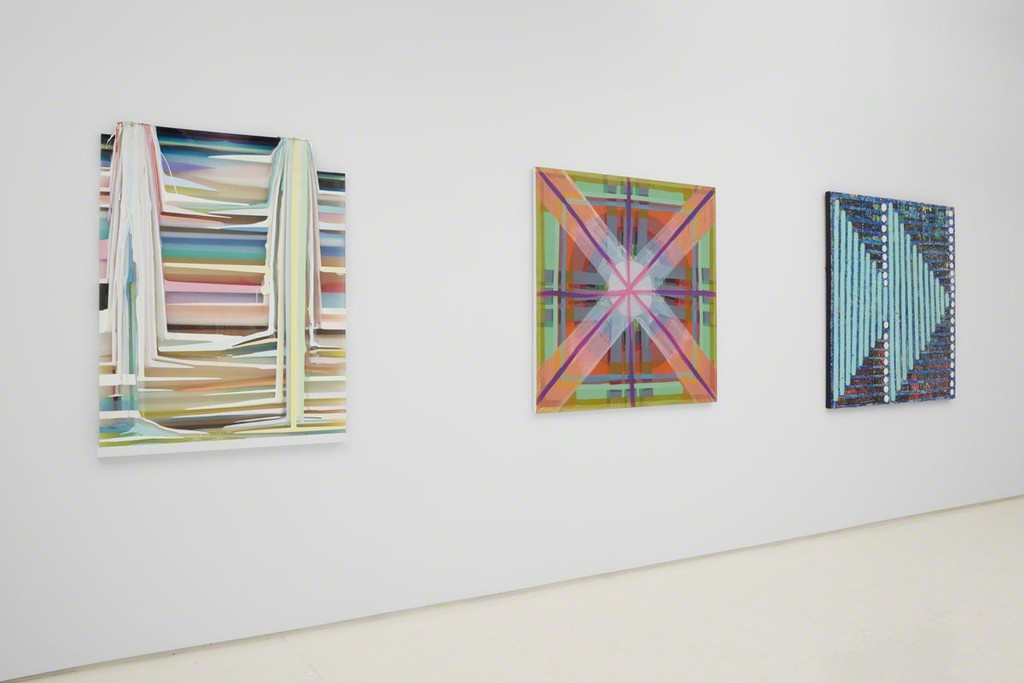 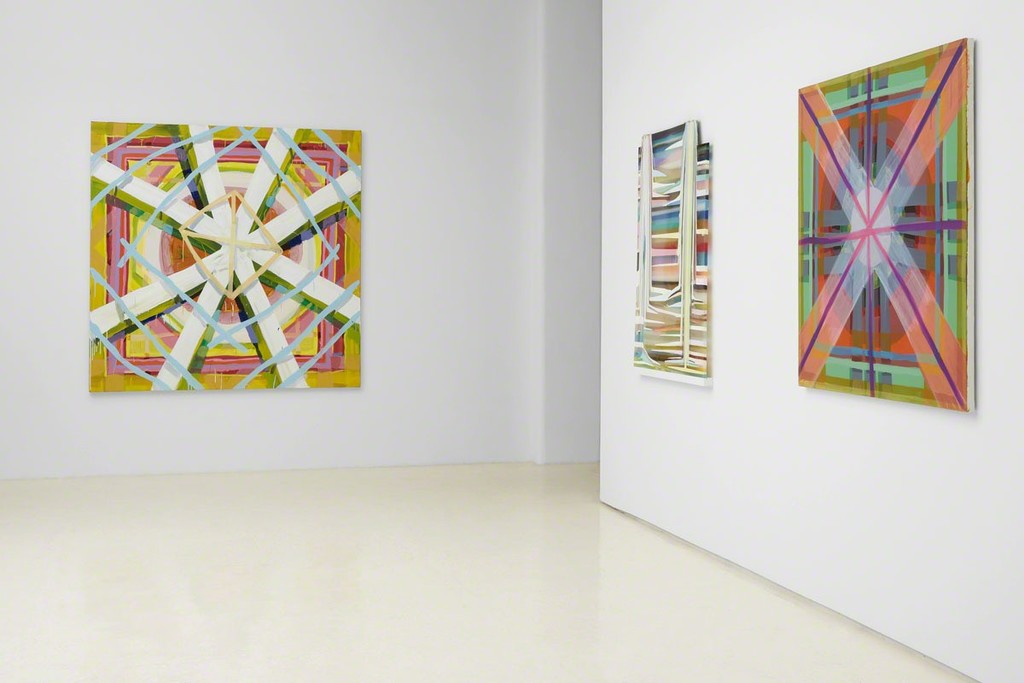 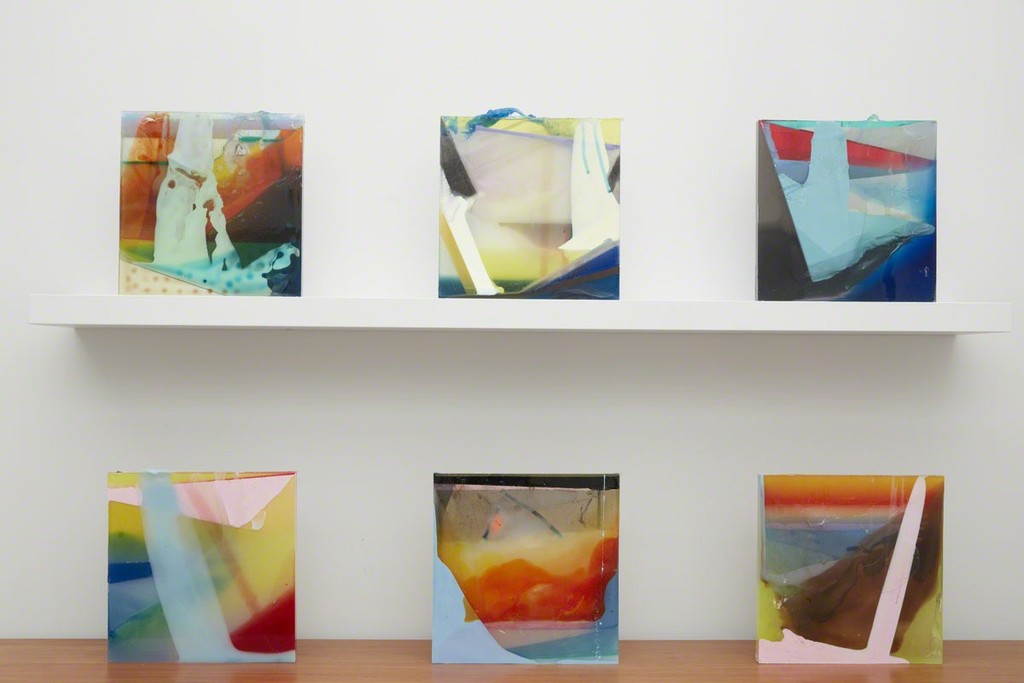 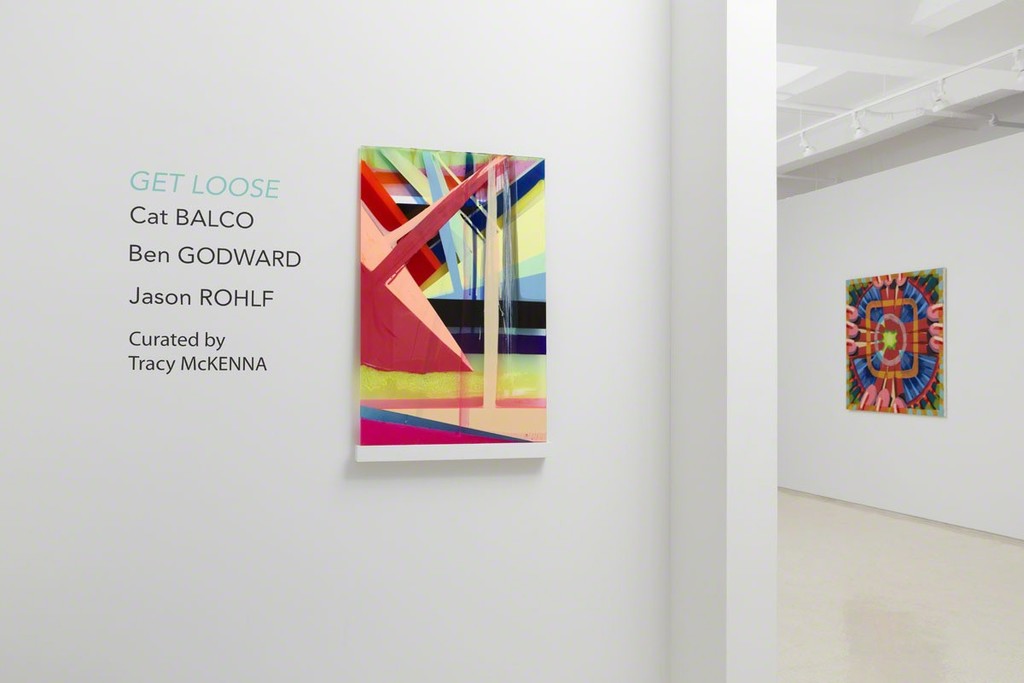 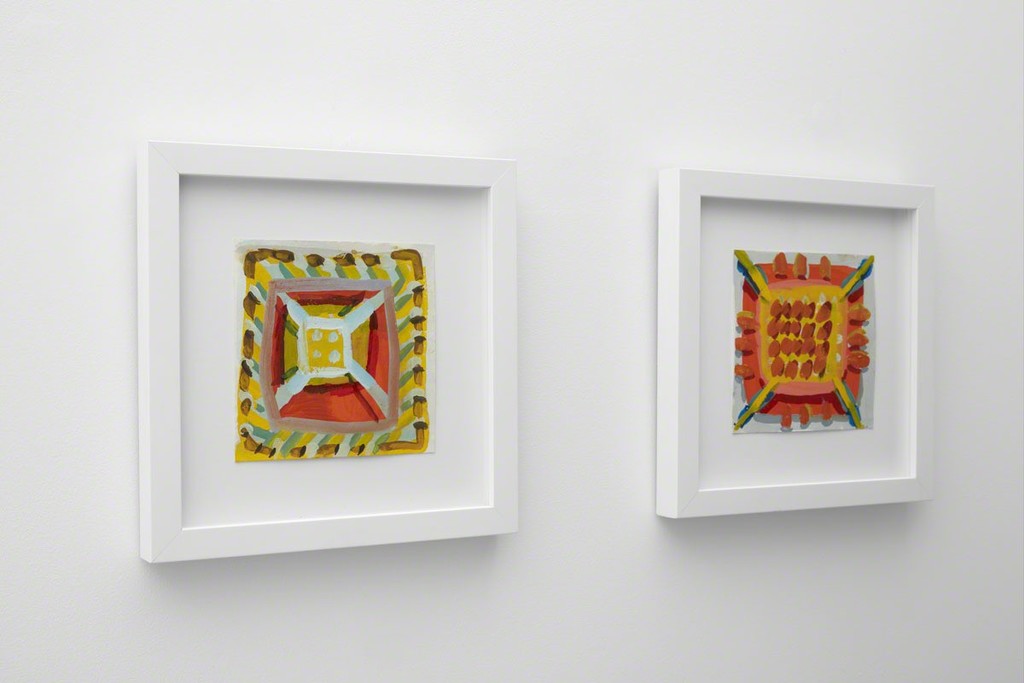 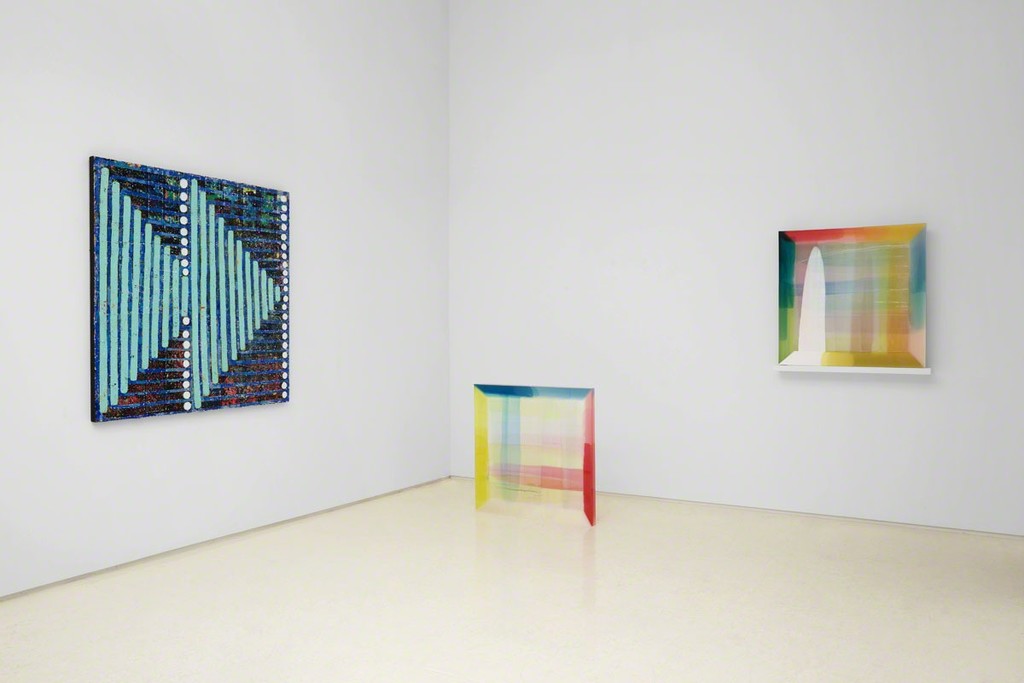 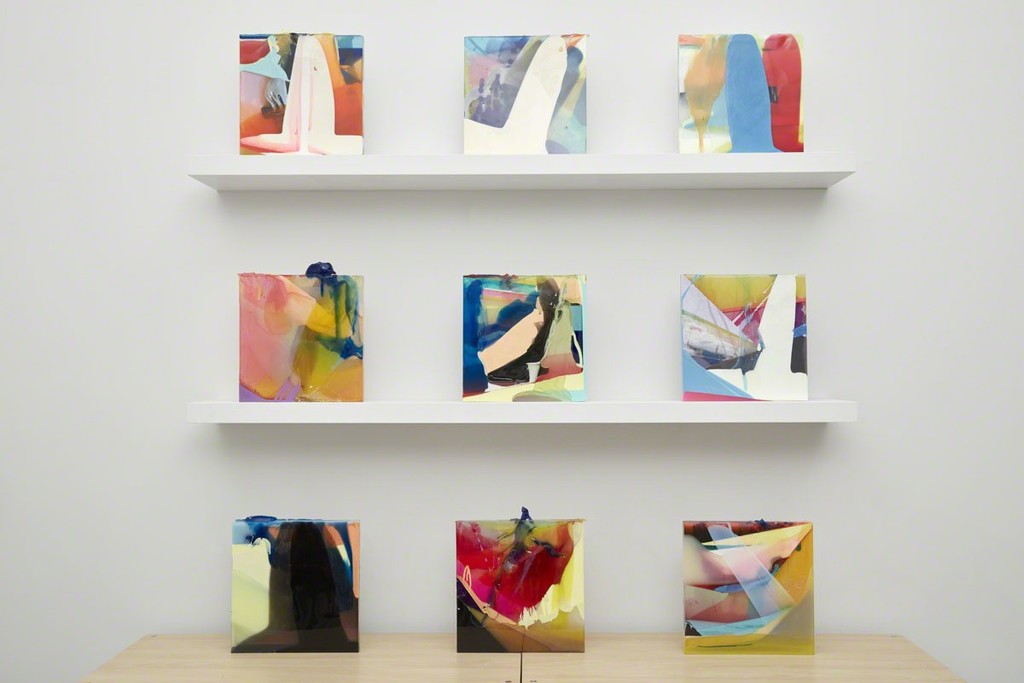 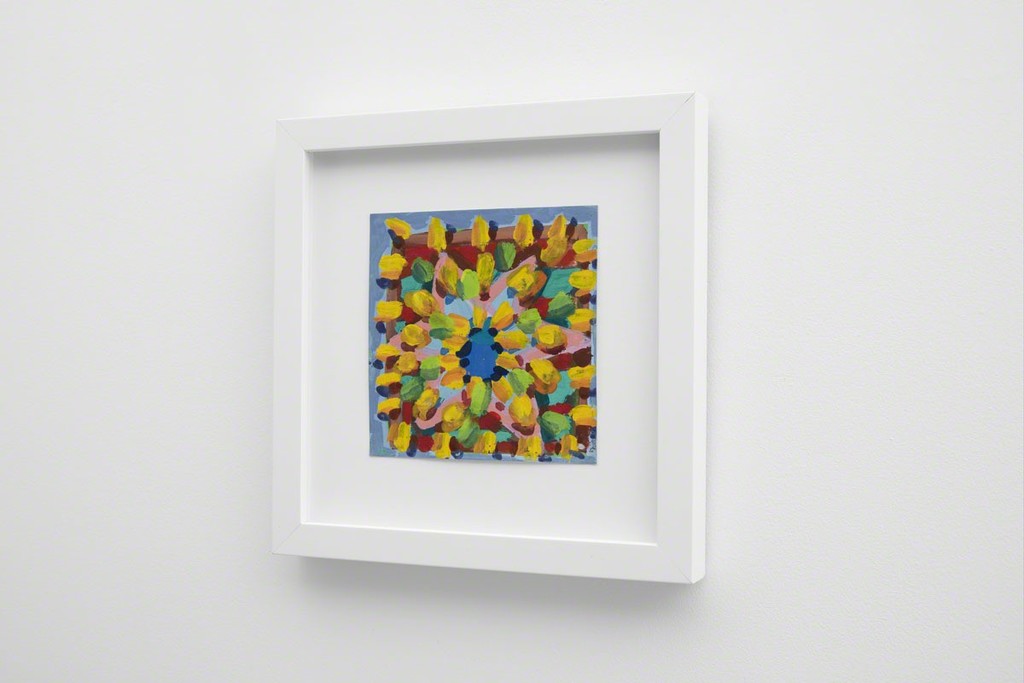 Rick Wester Fine Art is proud to host GET LOOSE, a group exhibition guest curated by Tracy McKenna featuring three artists whose work is tied together by an insistence on brash, exuberant and unexpected twists of material, color and form that are ignited by jolting currents of unabashed energy, fueled by embedded and unseen narratives. The title, GET LOOSE is taken from a song by New Zealand’s The D4 that perfectly encapsulates the spirit and energy of the show, while alluding to the loose approach to geometric abstraction that the artists take. The power trio of Cat Balco, Ben Godward, and Jason Rohlf riff with the added complexity of unorthodox color behavior, imbuing their abstractions with implied narratives and dimensional weight and volume.

Working at contrasting scales, Cat Balco paints large wall paintings on canvas as well as intimate, mandala-like works on paper that are the size of the human hand and always emphasizing a central vortex. Pushing and pulling paint, she works to balance centripetal and centrifugal forces, generating radial forms. These resemble universal symbols like suns or stars, but Balco consciously embeds subliminal layers of self-histories ranging from ancient Egypt to early Christianity to the ramifications of her father’s employer’s contributions to the railroads within them. A descendent of European immigrants who came to New England to work in factories, she has stated, on one level, these paintings are about my ancestors, particularly the women, who lived through their repetitive, physical labor, all while bearing and raising children so that I, ultimately, could make my paintings. Balco carries her ancestors’ labors into the present, often physically turning her canvases as she paints, reflecting an intrinsically New England work ethic and conveying the spirituality found in making things. For Balco, painting is an emotional act of clearing her soul of the “difficult” memories of her family’s history, saying after, In its place I’m left with an awareness of the preciousness, the power, and the vulnerability of life. In many ways this is a religious feeling, or a spiritual feeling, and my paintings, which resemble the rose windows of cathedrals, are also about God.

Ben Godward is a Brooklyn based sculptor who creates pigmented resin freestanding works appropriately titled Slabs and Big Slabs, reflecting their dense geometries as vessels of colorful forms that make obvious references to sex, food and toxicity. They reflect the world we live in: controlled chaos contained and frozen in time like fossils or insects in amber. Three dimensional, he often incorporates references to two-dimensional painting by suggesting frames, inserting beveled sides of color pigment within the resin, delineating the interior space, further emphasizing his self-contained approach. A Mardi Gras joy is infused throughout the work resulting in a gumbo of mixed color and vibrato cadences. Like the most delicious of stews, the resin rectangles and squares defy the weight of their ingredients and instead float in spaces of the artist’s own devices. The surface quality of the sculptures refer to the slick and saturated media of the world we live in, so their effect harmonizes unselfconsciously with commodity culture. Despite his nod to throwaway culture, Godward’s sculptures are insistent materiel in the battle against temporal art in the age of the internet. Seductive, sensual and unique, Godward’s obelisks are markers, stalwarts refusing to move or do anything but define the space they occupy.

Jason Rohlf executes his paintings like a sculptor, a seamstress, a contractor and a chef. Often working with layers of cut, torn and adhered strips of previously painted works, his paintings are collaged records of the painter’s own efforts and legacy of creating the work. Thick surfaces add visual weight and create solid foundations for the construction of his imagery. Elements added, modified, reworked and removed result in palimpsests that would appeal to an archeologist or forensic detective. His surfaces are not so much adorned by as held down by drips and spatters of paint. While monumental in impact and commanding attention, his large paintings are phenomenal in the purest sense. They succeed in their demands to be investigated. The other, related work shown, his Shop Rag Project is an ongoing series of paintings executed on the most plebian of supports, the lowly and often discarded scraps of cloth that every mechanic, plumber and painter employs to clean up. By elevating them to the status of canvas, Rohlf pays homage to a time when artists were a more integrated and essential component of society and “culture” wasn’t an elitist concept reserved for higher education and the ruling classes but a part of everyone’s existence.

Tracy McKenna is an independent curator based in Greenwich, CT. Her primary affiliation is with the non-profit Flinn Gallery at the Greenwich Public Library. Her last show was Venus Fly, a reaction to the 2016 election, and she is currently working on All Together which takes a fresh look at still life and examines the importance and meaning of objects placed together.