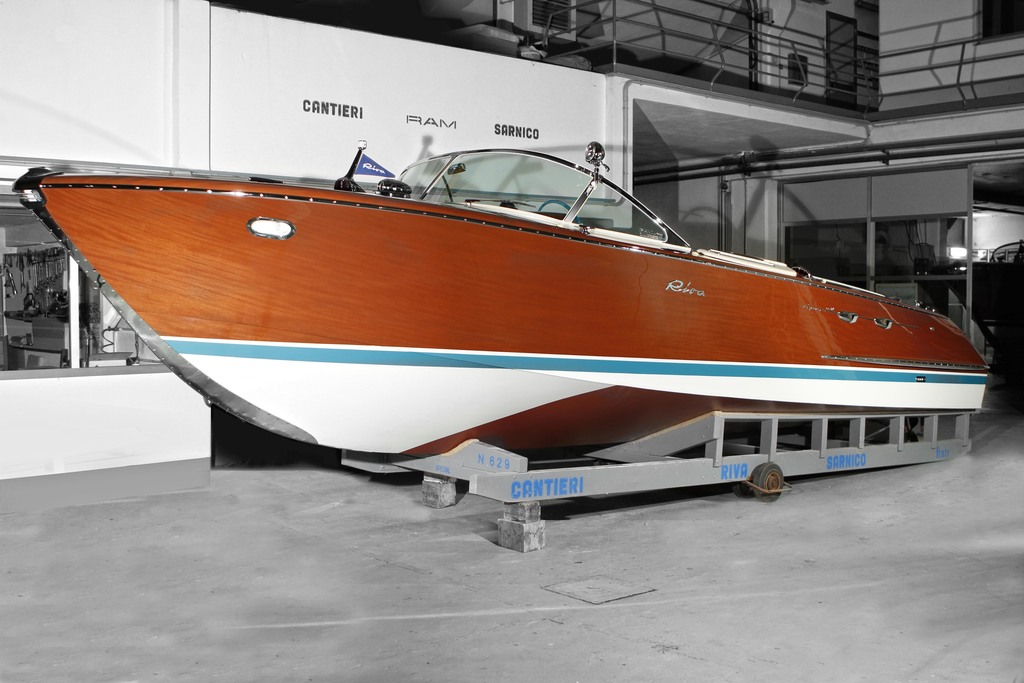 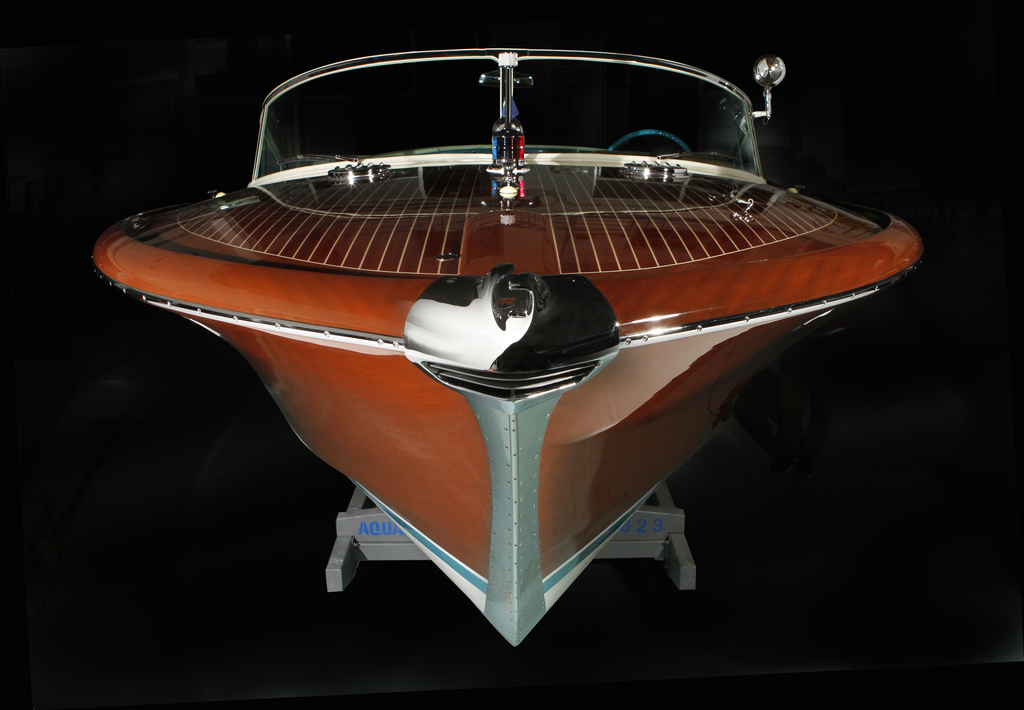 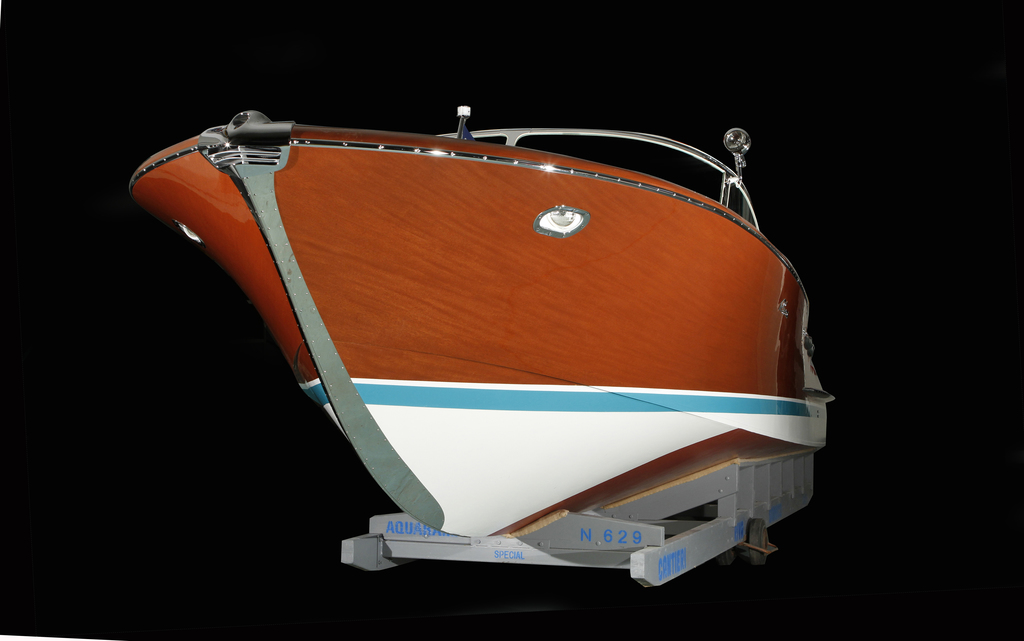 In the boating world, Riva is indisputably the most famous name of all time. Often referred to as the Gucci of the sea, Riva has been a symbol of ultimate glamour and style for more than half a century. Beloved of celebrities, film stars and royalty, Riva was the only boat to be seen in for the rich and famous living 'La Dolce Vita' on the Riviera in the 1960s and '70s. Richard Burton and Elizabeth Taylor, Prince Rainier and Princess Grace of Monaco, Brigitte Bardot, Sophia Loren and Peter Sellers all owned Rivas.
A design classic of the era, the Aquarama was the last and the largest of a long line of mahogany speedboats built by Riva over a period of 46 years, from 1950 to 1996. Like all Rivas, the qualities that distinguished the Aquarama was not only its beautiful design but also the absolute perfection that went into every detail. The chrome fittings were like sculptured jewels. The wooden planking was so meticulously selected and crafted that you couldn't see the joins. The Aquarama was Riva's second twin-engined model, following the success of the Tritone. It developed into the Super Aquarama, and latterly the Aquarama Special, which is distinguishable by the bathing access at the stern.
This particular example, hull # 587, was built in 1973 and has had only three owners from new. She is powered by twin Riva Crusader V8 engines of 350hp each. These give her a top speed of 40 knots (46 mph / 74 km/h). Now in immaculate condition, her hull, engines, upholstery and fittings were extensively restored in three stages in 2002 and 2005. Total engine hours are around 700.