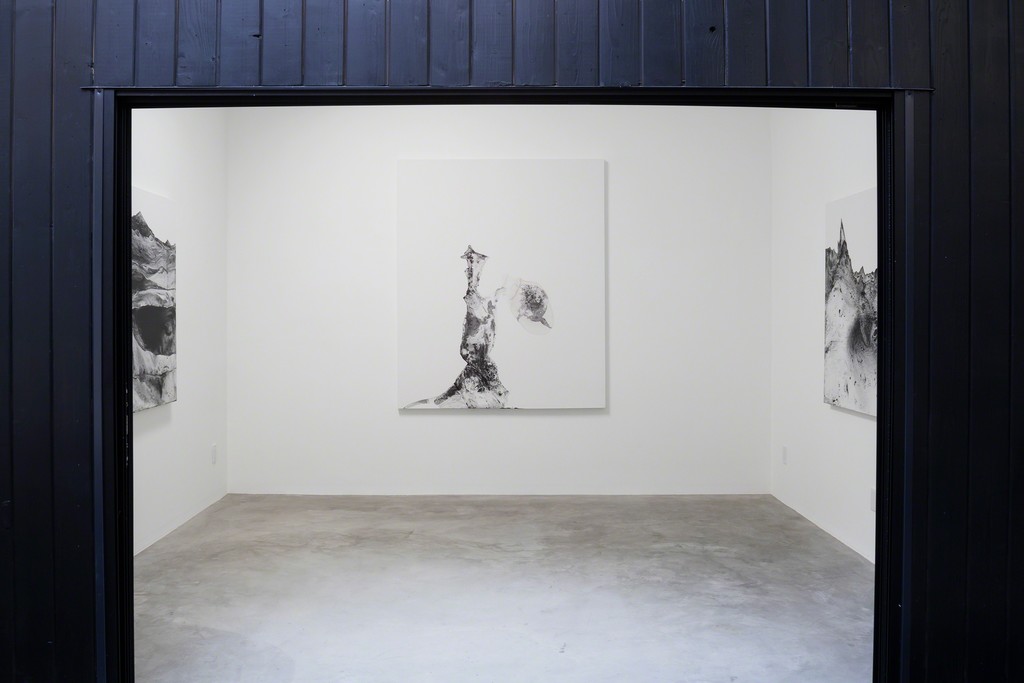 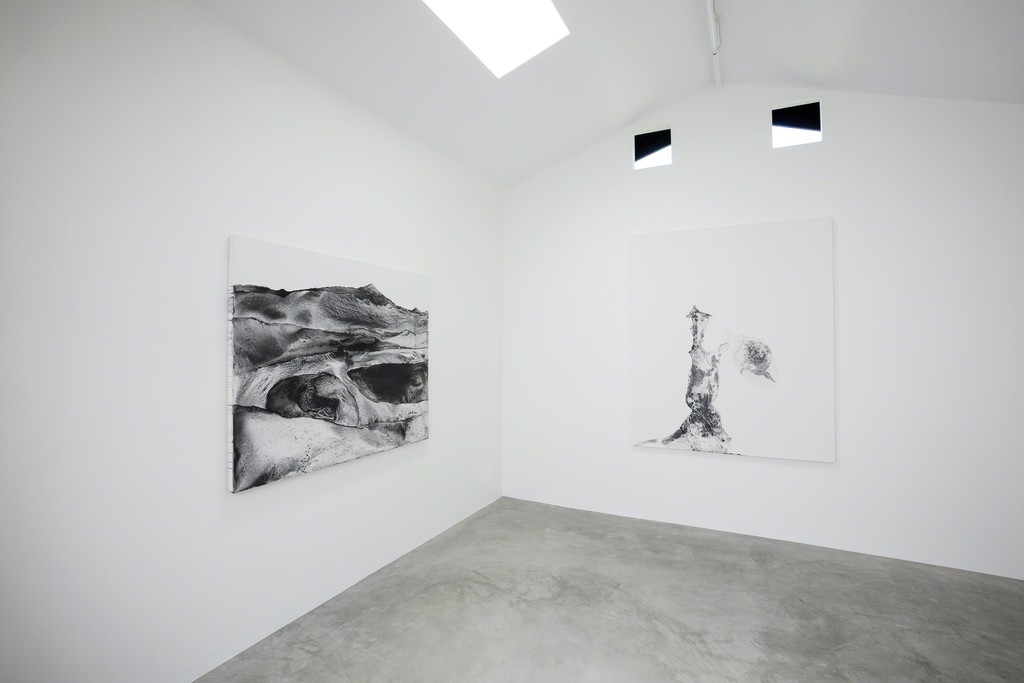 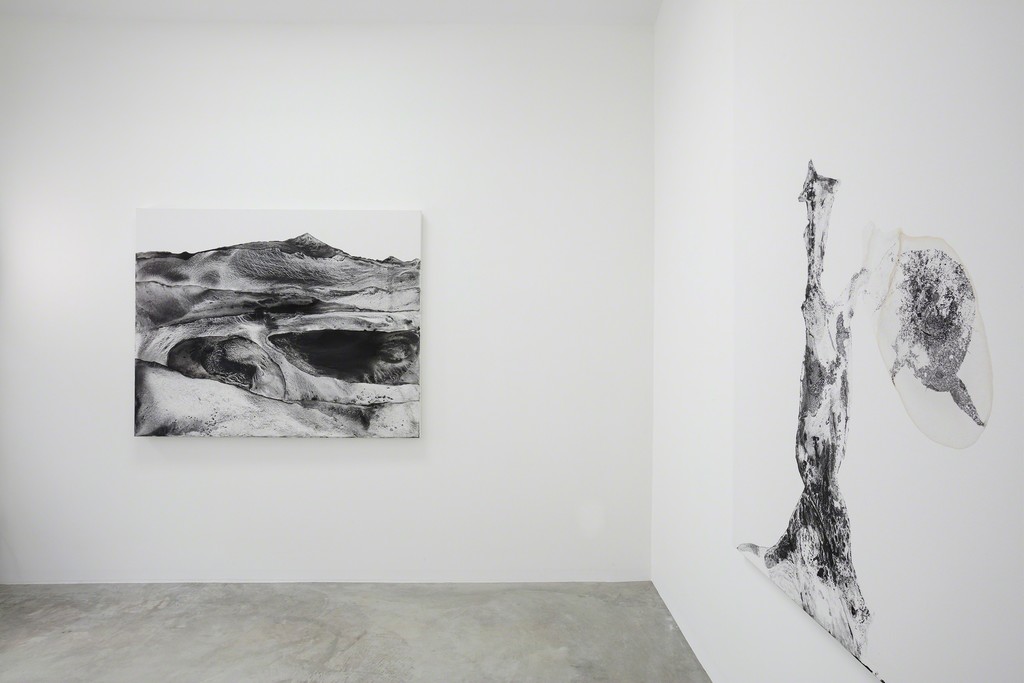 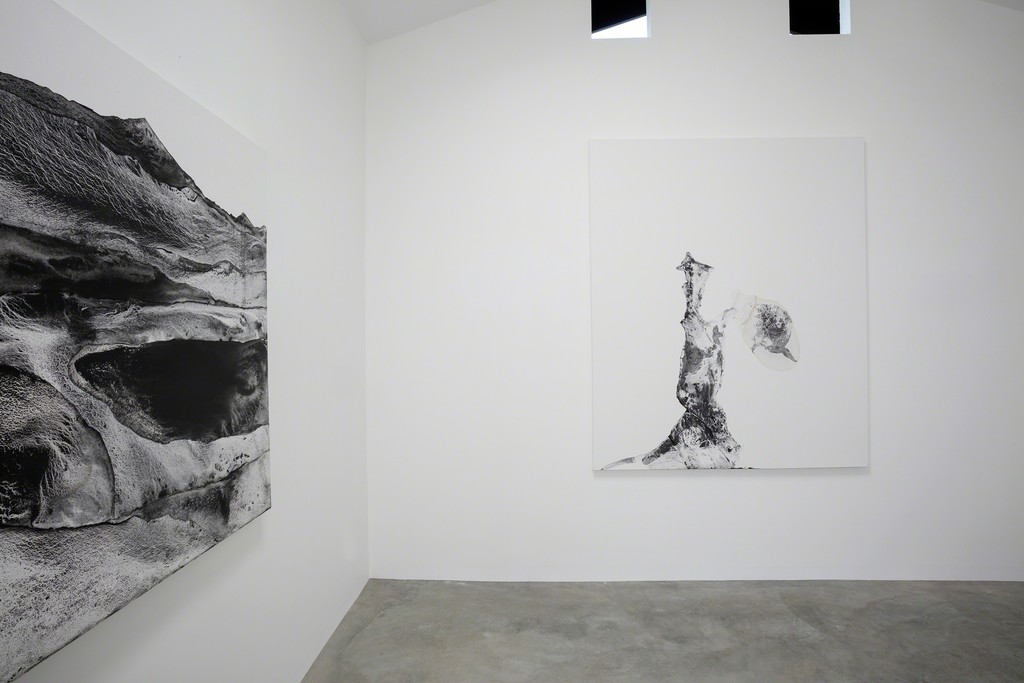 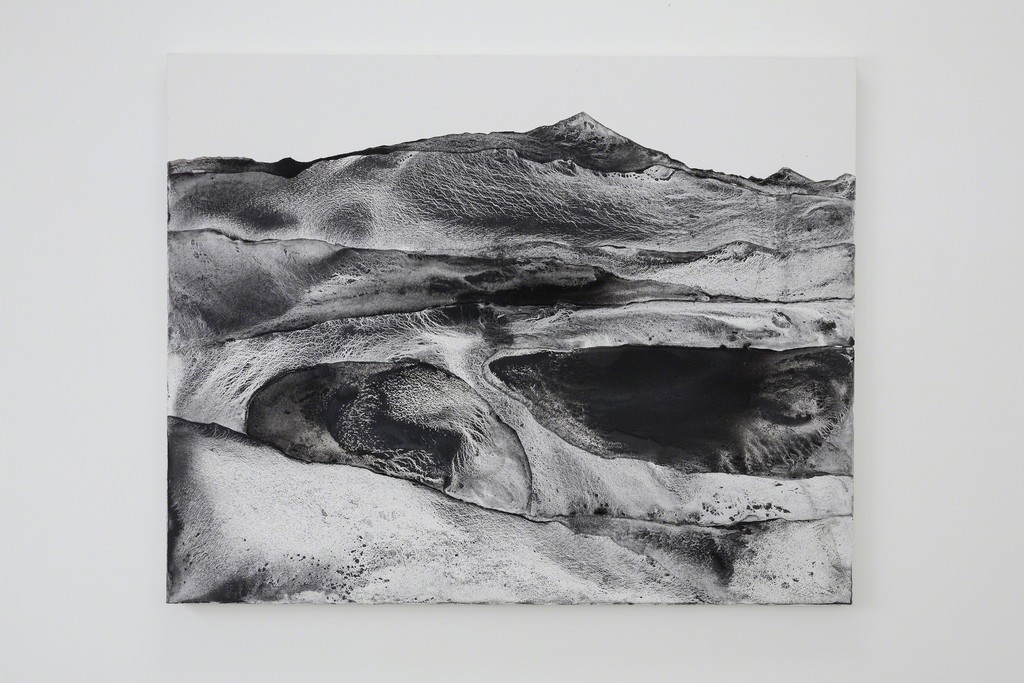 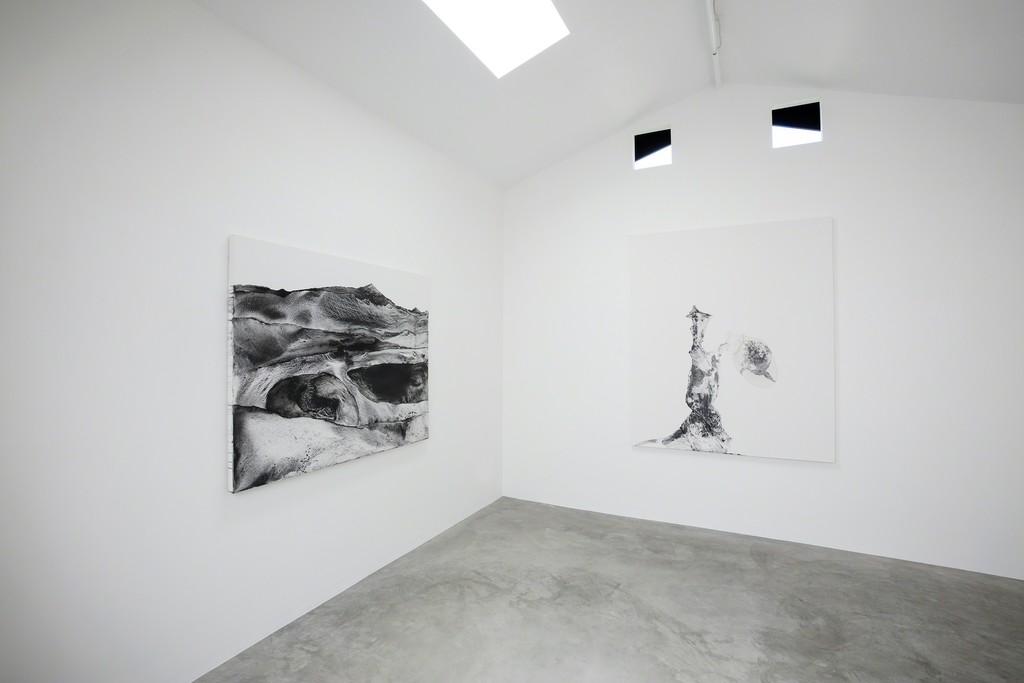 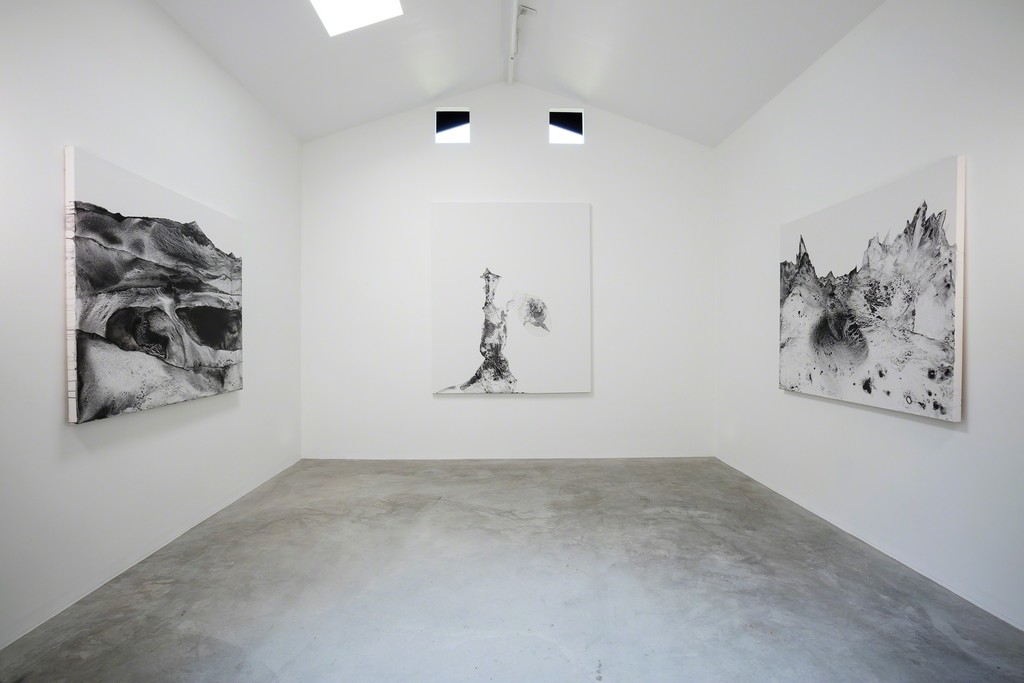 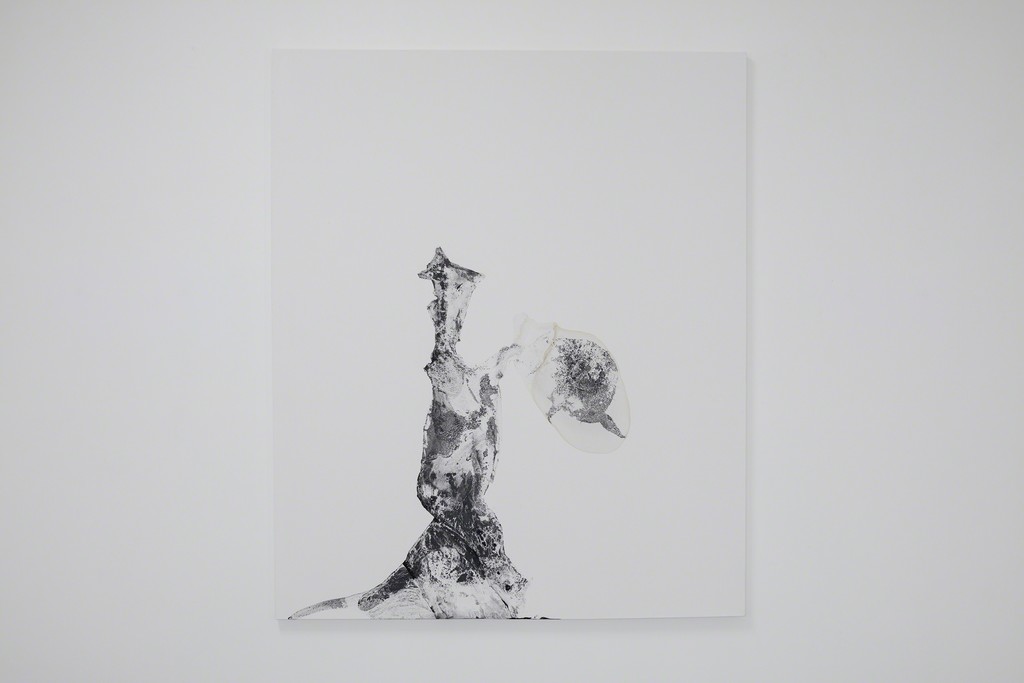 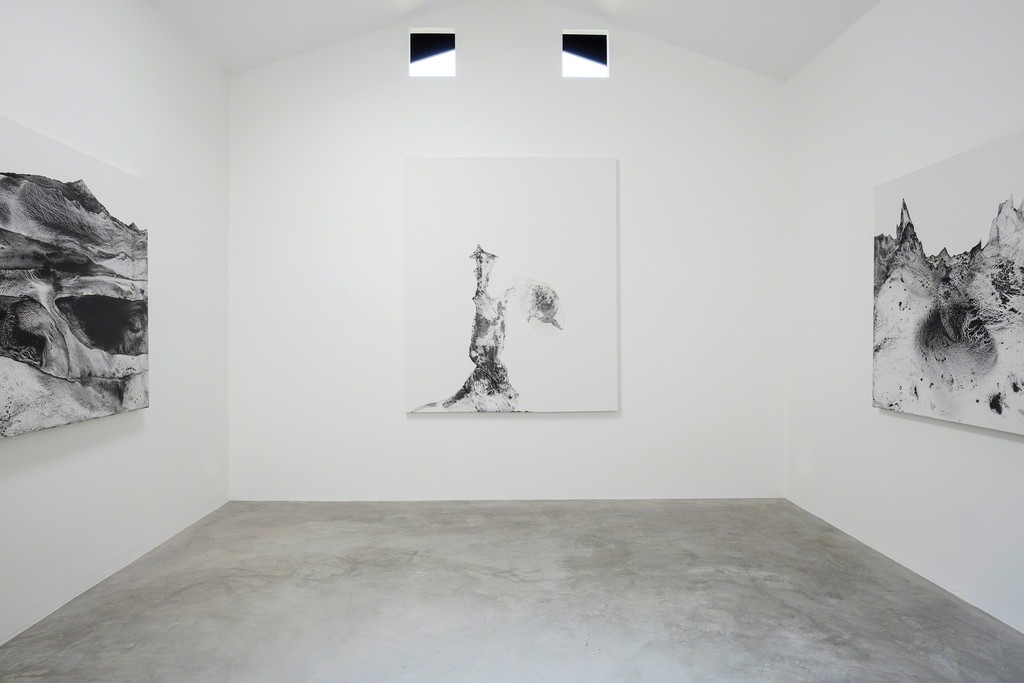 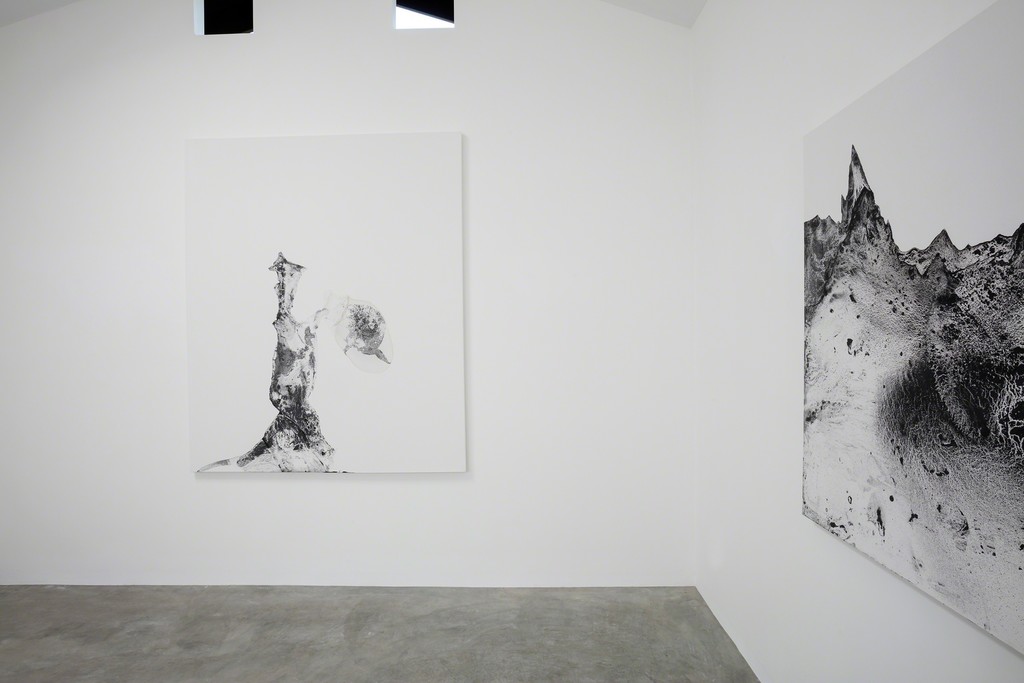 In a literal way, The New Landscapes imagine Martian terrain, but they also evoke the scorched earth Parker witnessed in the aftermath of recent wildfires that ravaged thousands of California acres. Consisting of adeptly handled applications of aqueous acrylic paint ranging from deep blacks and pristine whites to light gray puddles and streaks, the pictures are a dance between Parker’s control and the willfulness of water, with the results conveying no signs of life except the eye that records these visions. The artist is limned as both the survivor of destructive forces and the explorer of a new world. Though bleak, these paintings do not signify despair. Rather, in the incineration of all that came before lies the possibility of new growth, new life, and a new future. Fire clears dead trees and allows reforestation, Mars is a planet with the potential to host humanity. With the courage and resolve to endure the hardships of starting over comes the potential rewards of renewal.

Kenton Parker’s new landscapes could not be more different from his previous scenic paintings, yet they are entirely contiguous with those earlier works and represent a noteworthy progression in his thinking. In Parker’s 2015 solo show at CES Gallery, he presented a series of cheerfully hued visions in which the desert terrain he loves to hike was rendered in a shorthand of pastel blobs and related marks that, depending on their color, evoked cacti, rocks, and wild blooms. In the context of several installations in that exhibit, including a set of plaster free-weights, a rustic shed, and branches inscribed with distraught and angry phrases, the paintings positioned Parker as a lone ranger in a beautiful wilderness, inhabiting a traditional masculine ideal while simultaneously implying the dark side of isolation and the looming possibility of abjection. This new body of work soberly manifests the desolation that distills out of romantic male heroism, as well the hope that arises from its renunciation.