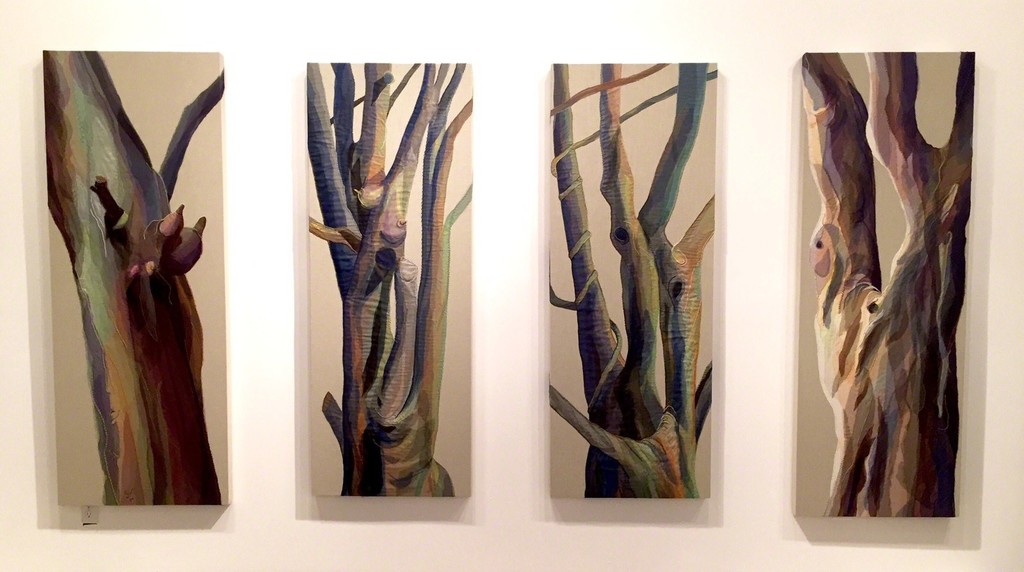 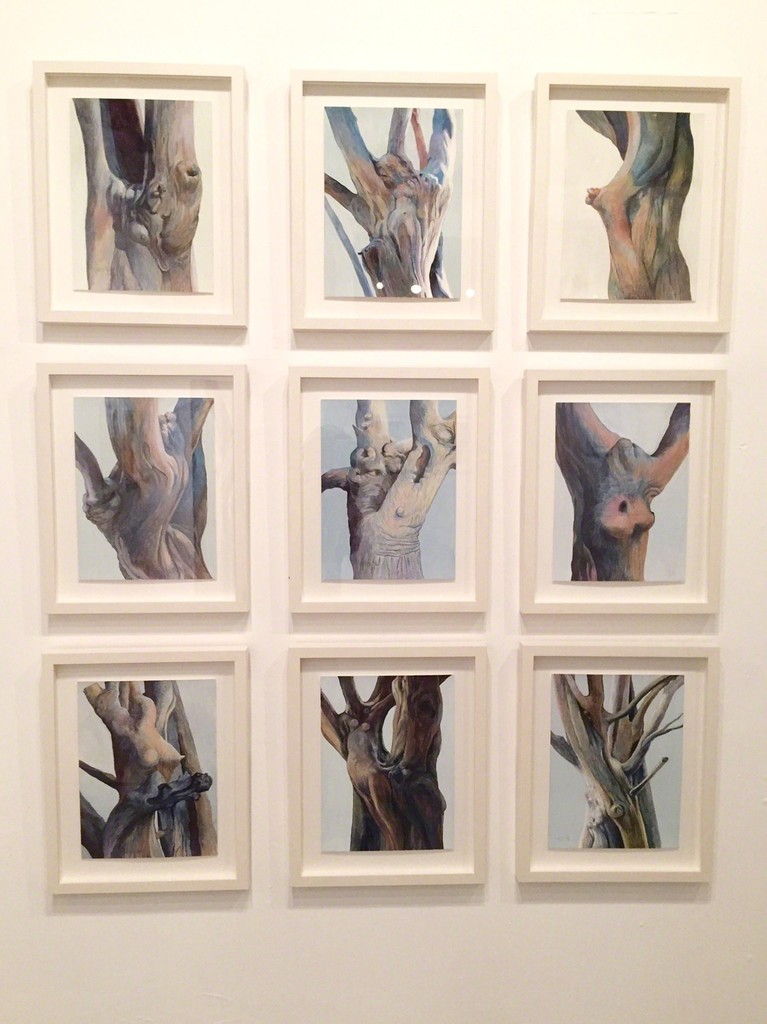 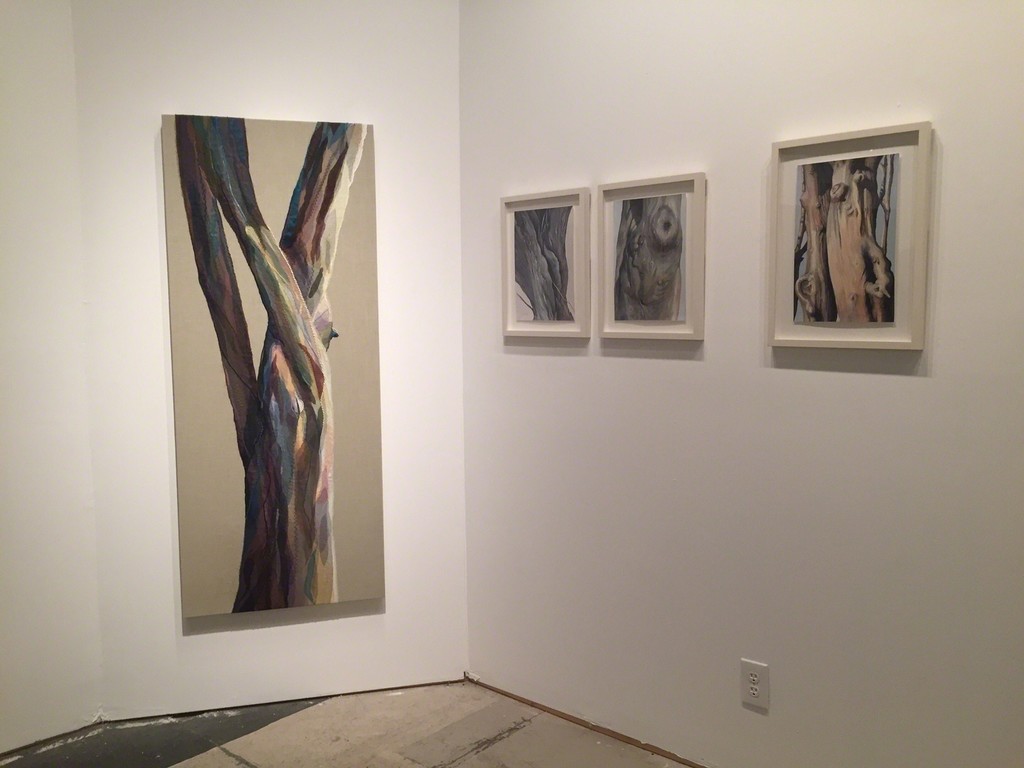 (Dallas, TX) Ro2 Art is pleased to present Gillian-Bradshaw-Smith: Finding Daphne, an exhibition of new paintings and large-scale fabric collage. This long-anticipated, first Dallas solo exhibition by Bradshaw-Smith, a Dallas-based artist, who first gained notoriety in 1970s New York, garnering several important solo exhibitions and museum shows. The new paintings explore the human figure as revealed within trees -- inspired by the sensuous forms found in Crepe Myrtles which recall the Greek myth of Daphne, the wood nymph who was turned into a tree by Zeus.

Gillian Bradshaw-Smith was born in and raised until the age of eleven in India, where her father served in the British Army. She migrated to England on D-Day during the second world war. After obtaining her fine arts degree from the University of Reading in the 1960s, she relocated to Dallas to live with family before moving to New York City to launch an art career – showing at Cordier & Ekstrom Gallery on Madison Avenue, an institution known for a program that fostered the talents of young artists exhibiting in the same gallery as noted artists such as Marcel Duchamp and Man Ray. In addition to a fruitful art career, Bradshaw-Smith is known for designing more than 20 theatrical sets (many still in use) for the New York Theatre Ballet and for her work as a toymaker, and for her successful book, Adventures in Toymaking.

Mother-and-son partners Susan Roth Romans and Jordan Roth operate Ro2 Art, a contemporary fine art gallery located in The Cedars Neighborhood near Downtown Dallas, representing a diverse group of emerging, mid-career, and established contemporary artists – many with ties to the North Texas Region. The gallery regularly collaborates with organizations such as The MAC, Downtown Dallas, Inc., and The Town of Addison, as well as maintaining an exhibition program within The Magnolia Theatre at West Village and other satellite venues. Ro2 Art has been named Dallas Observer's Best Art Gallery and was presented with the 2012 Obelisk Award for small business by the North Texas Business Council for the Arts. Ro2 Art is a proud member of CADD, The Contemporary Art Dealers of Dallas and is a regular exhibitor in the internationally recognized Dallas Art Fair. For more information, visit www.ro2art.com or call Jordan Roth at (214) 803-9575.