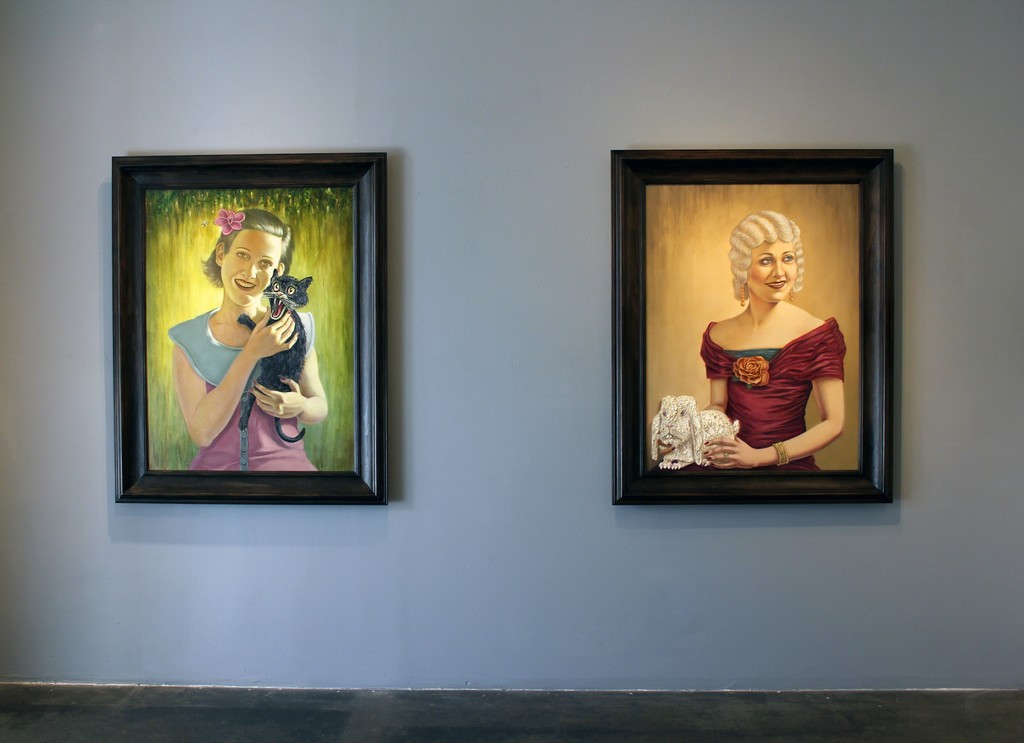 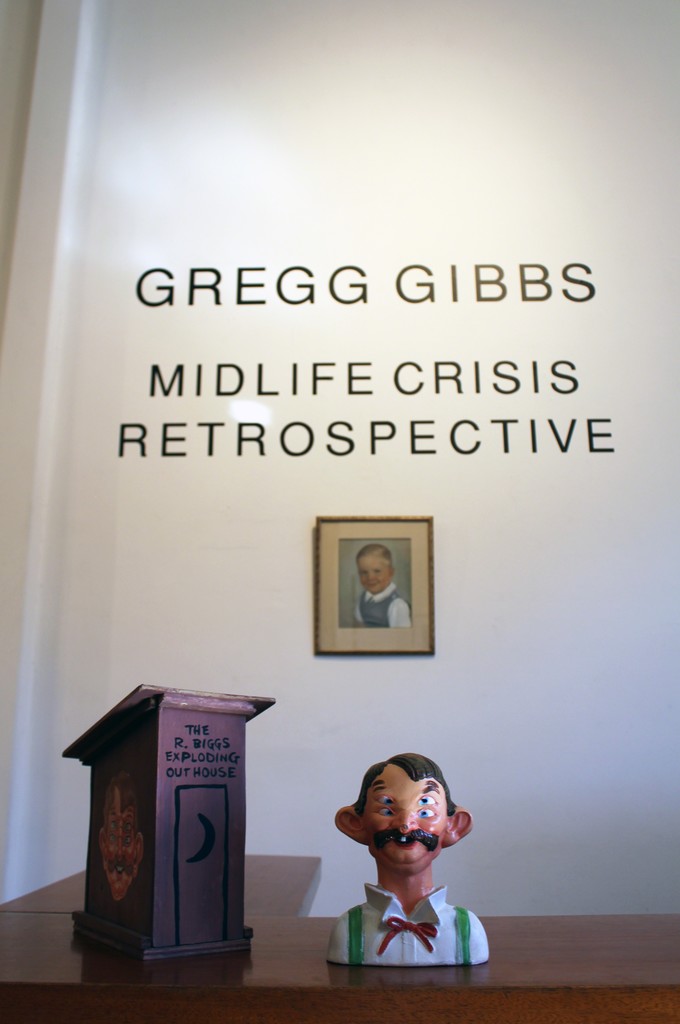 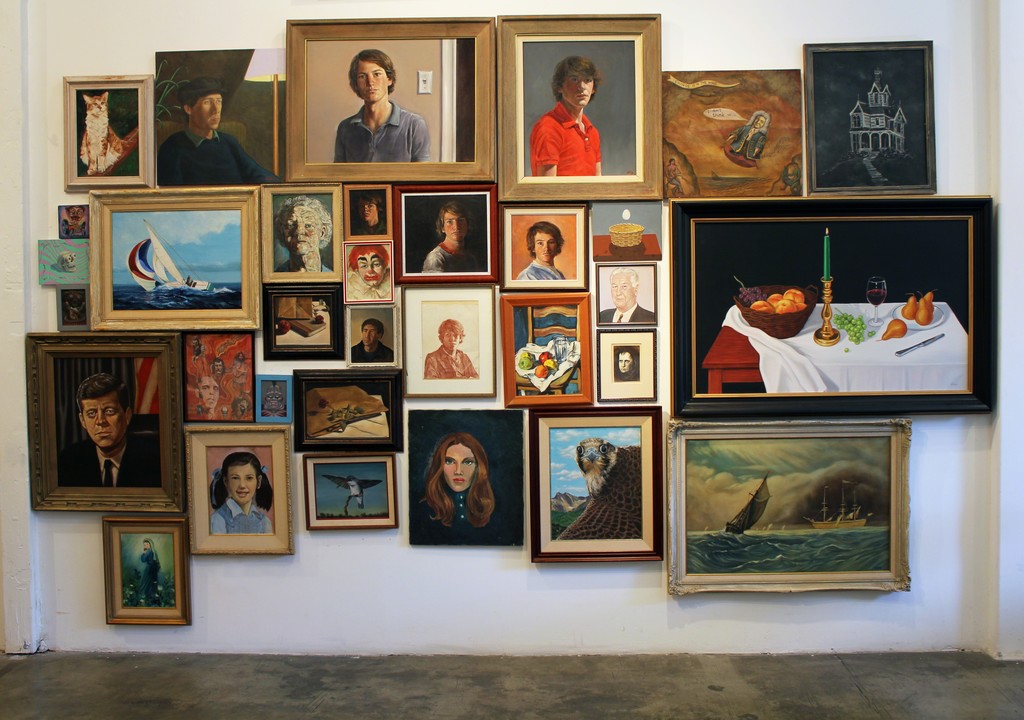 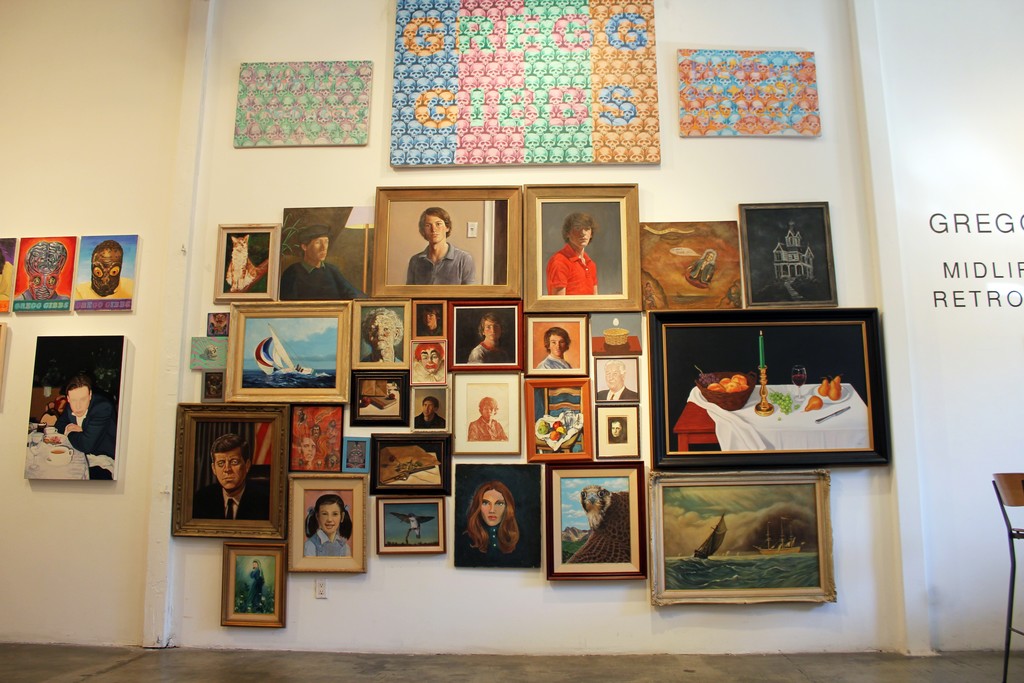 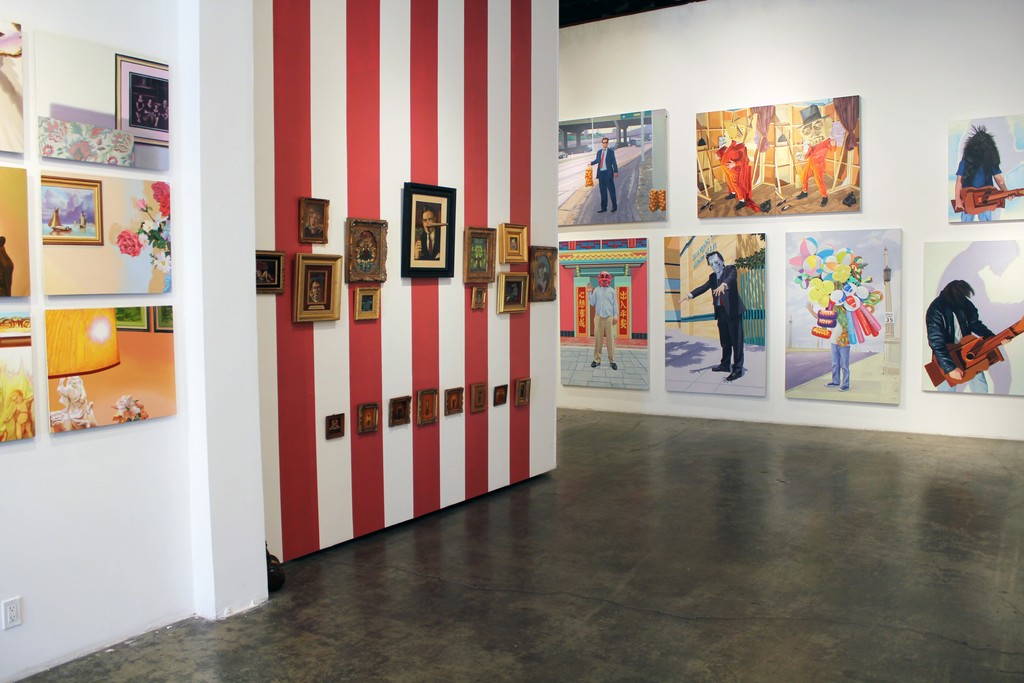 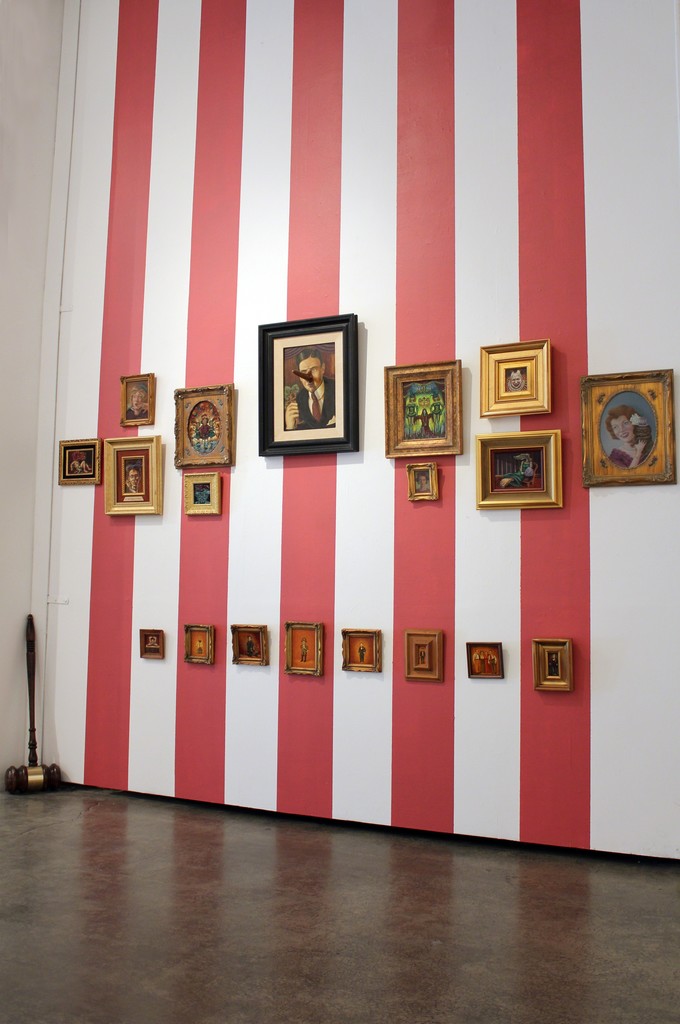 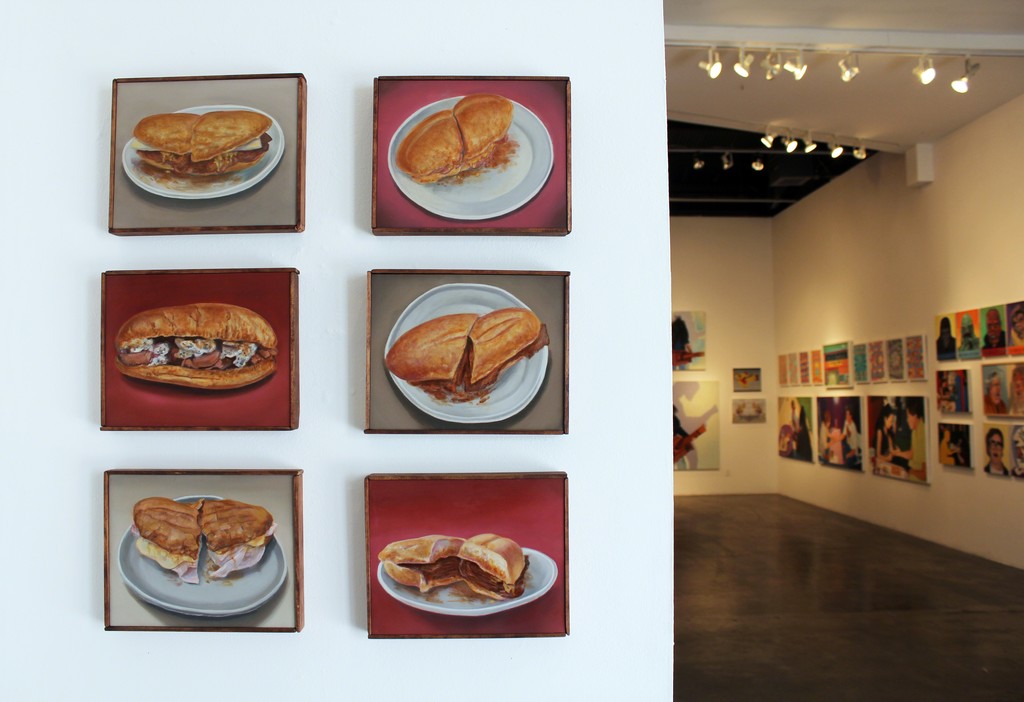 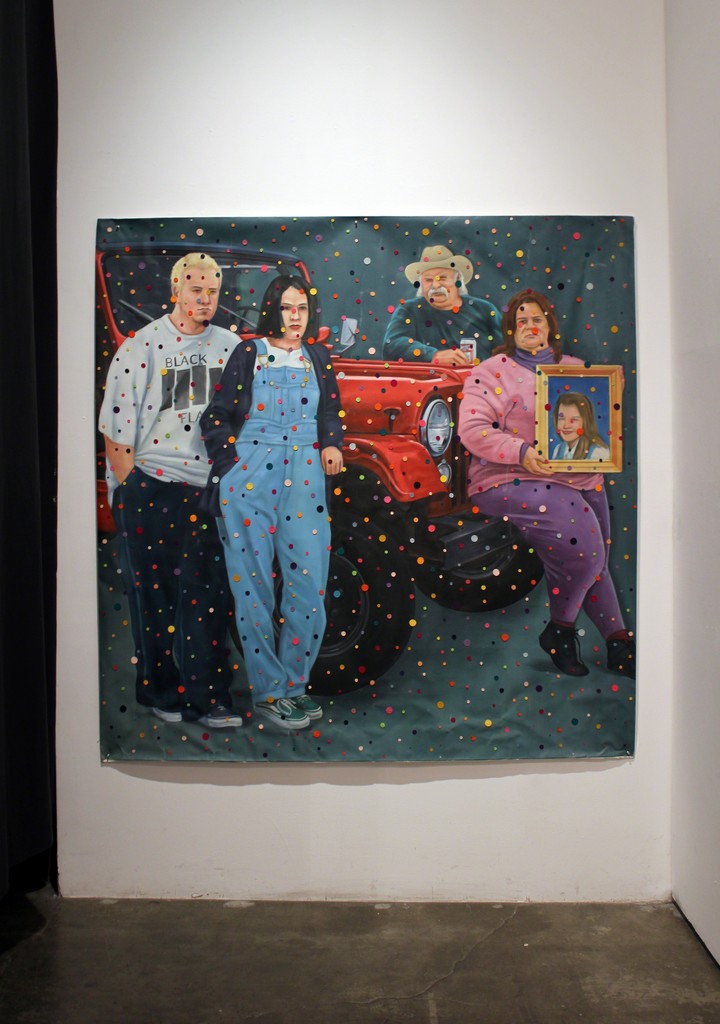 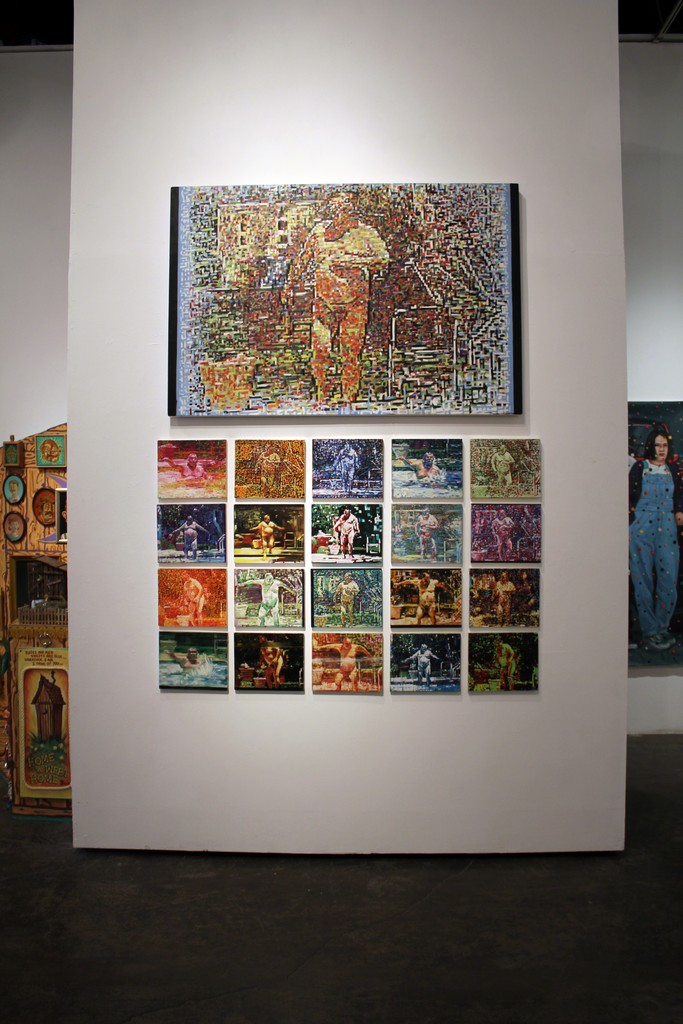 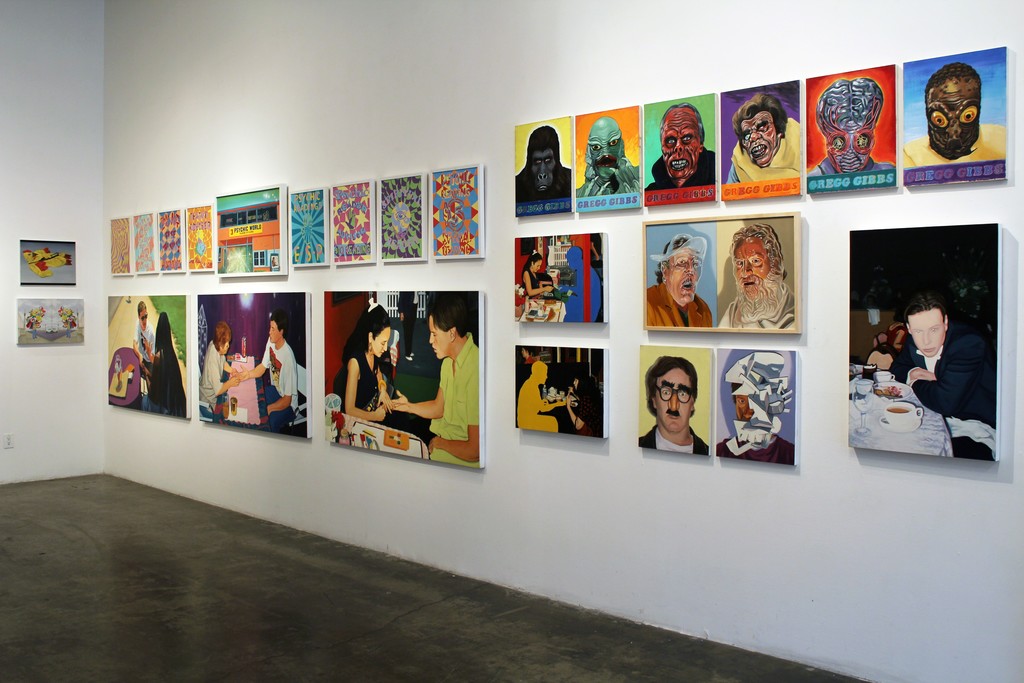 ROBERT BERMAN GALLERY is pleased to present “Gregg Gibbs Midlife Crisis Retrospective,” a comprehensive exhibition presenting highlights from 40 years of work by Los Angeles-based artist Gregg Gibbs and focusing on the vastly different styles of his so-called “career.”
After the recent death of his father and the subsequent loss of his boyhood home, Gibbs designated the year 2015 as his “annus horribilis.” These unfortunate events led to a period of crisis and self-reflection, resulting in the curation of a compendium of artwork going back to the age of 10, when he first took up painting.
Gibbs’ work is an investigation of the perceived cultural distinctions between high and lowbrow art. In addition to a plethora of self-portraits and new work, the retrospective presents a number of themes that have preoccupied his creativity over the years: circus and carnival, psychics, hillbilly and outhouse humor, Americana, street vendors, and classical portraiture. The show will feature paintings, sculptures, videos and room-sized installations, some of which have never been exhibited. Key works include the “Psychic Valet” series, large scale paintings from “Street and Low,” and the overly ambitious “R. Biggs Memorial Museums.”
Gregg Gibbs is an artist and filmmaker who lives and works in Los Angeles. Among the many exhibitions he has participated in are The Land of Retinal Delights and Art Shack at the Laguna Museum of Art, and Mel’s Hole at CSUF Grand Central Art Center. He has been featured in many one-man exhibitions and group shows with the Robert Berman Gallery. His documentary film about the Lowbrow art and music scene, The Treasures of Long Gone John, premiered at SXSW and screened at the Museum of Modern Art in New York. Gibbs also works as a production designer on music videos, commercials and feature films, including House of 1000 Corpses for director Rob Zombie. He was recently included in Hearsay: Artists Reveal Urban Myths at Cal State Fullerton and the Museum of Art and History in Lancaster, CA.