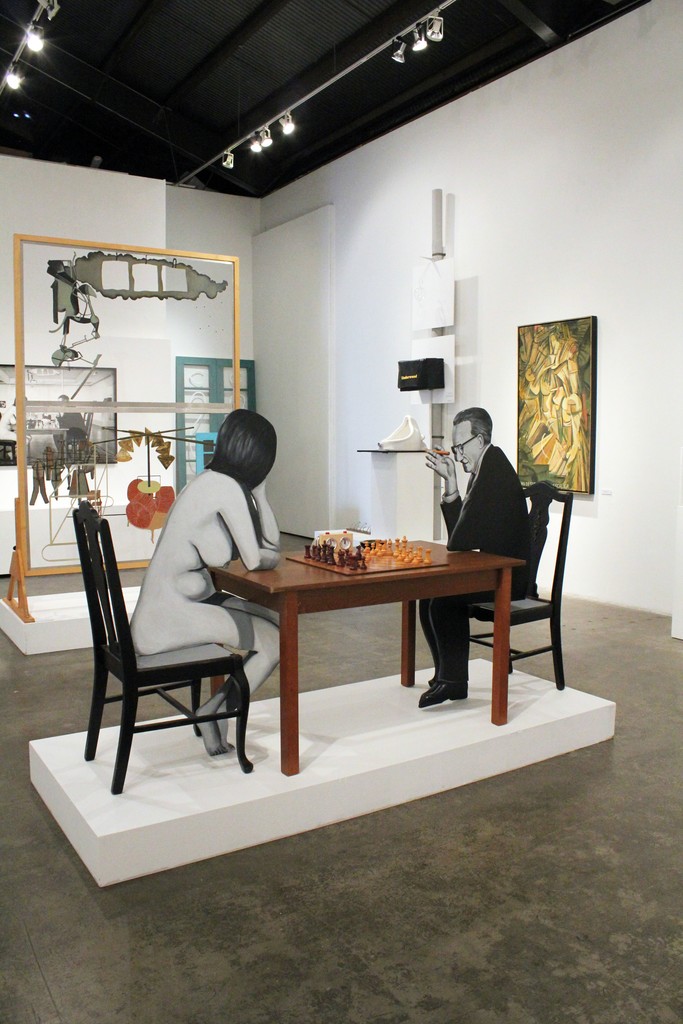 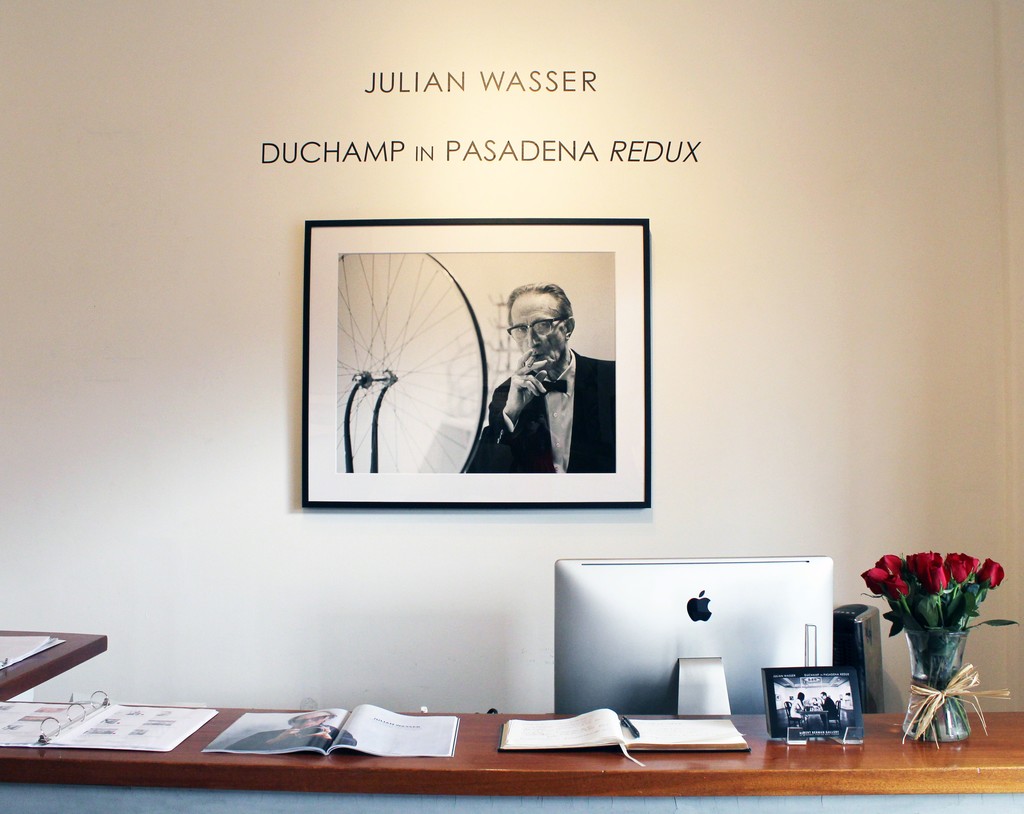 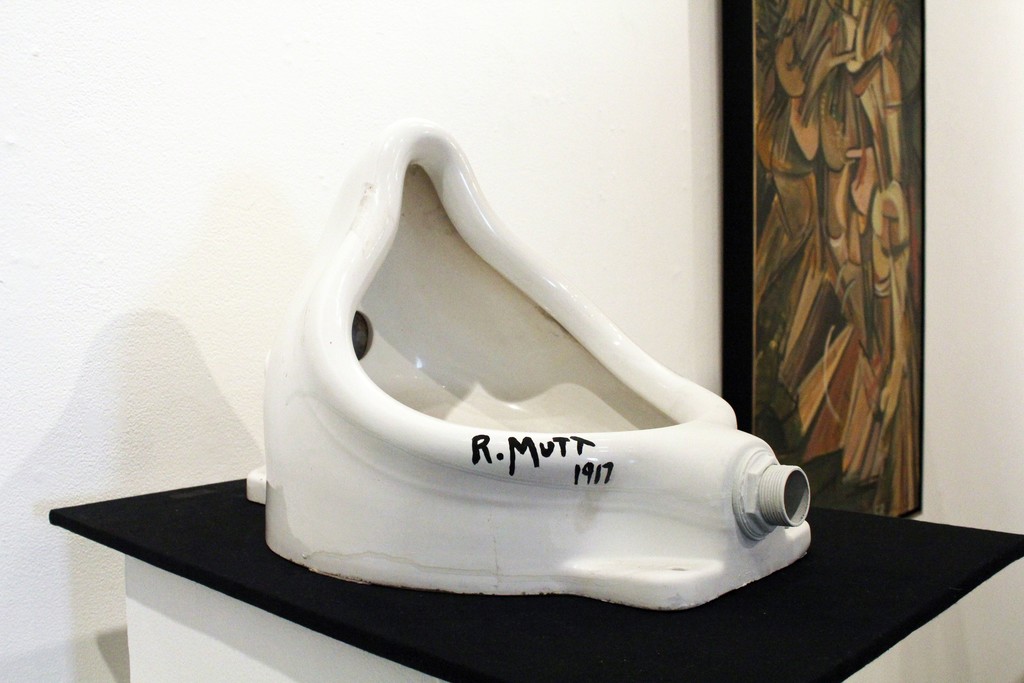 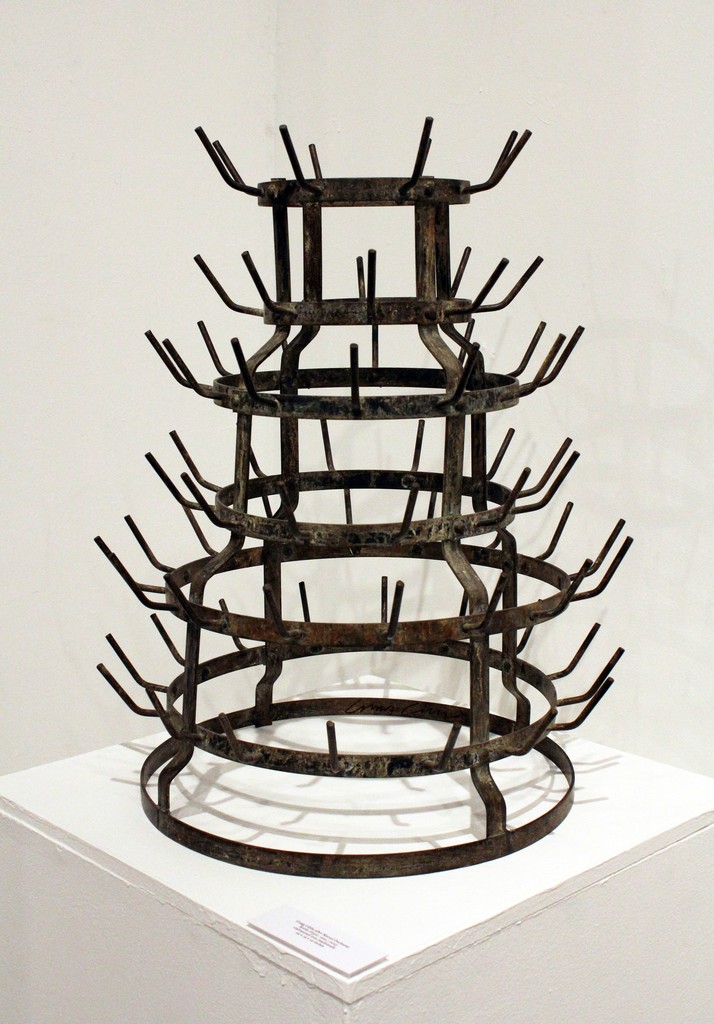 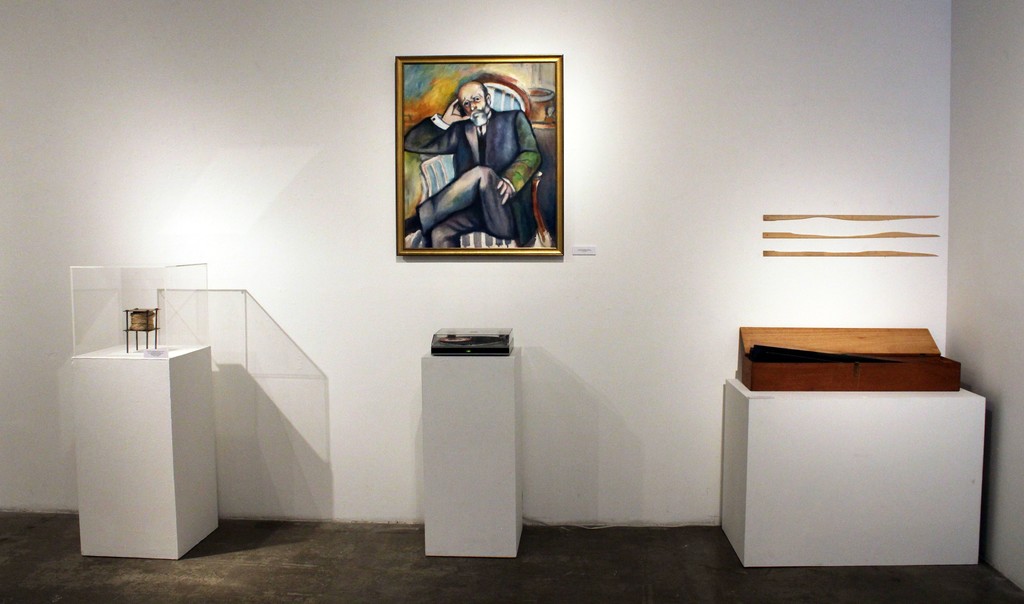 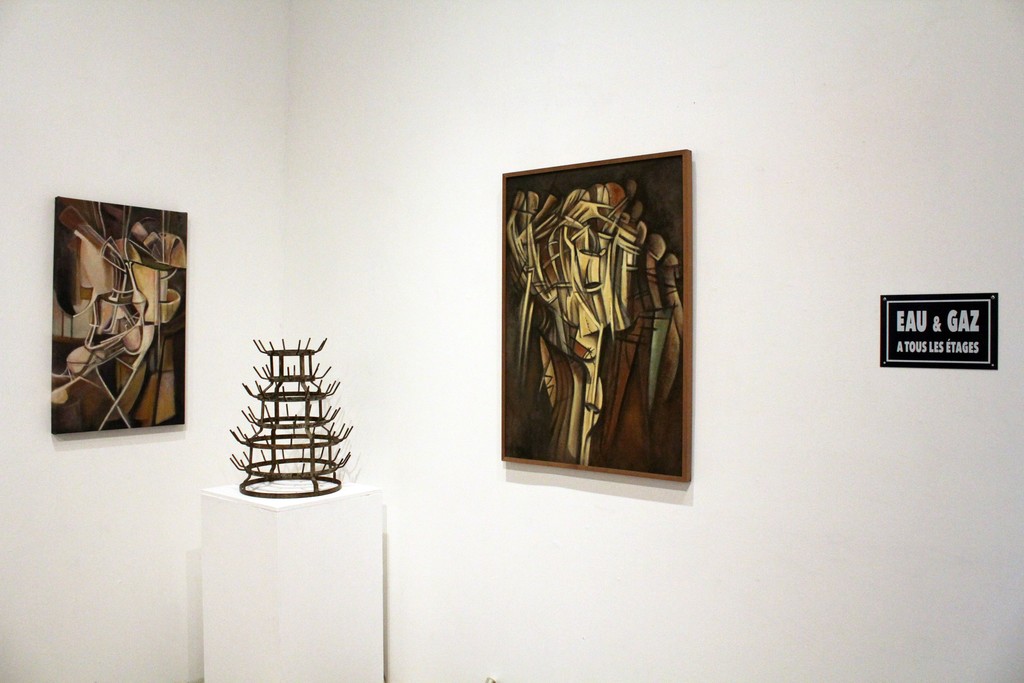 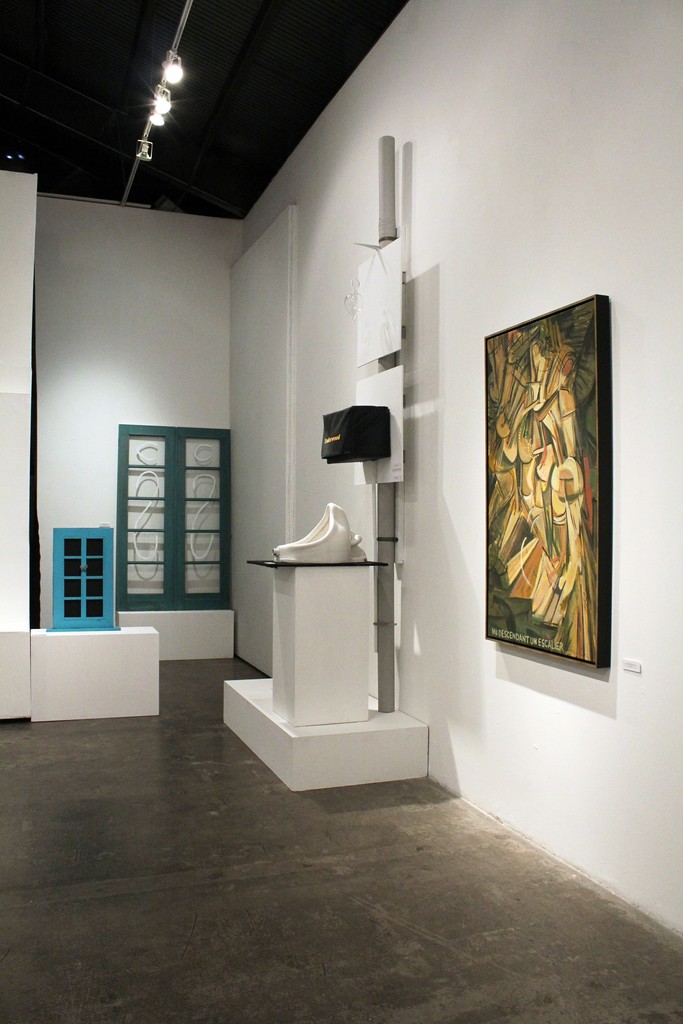 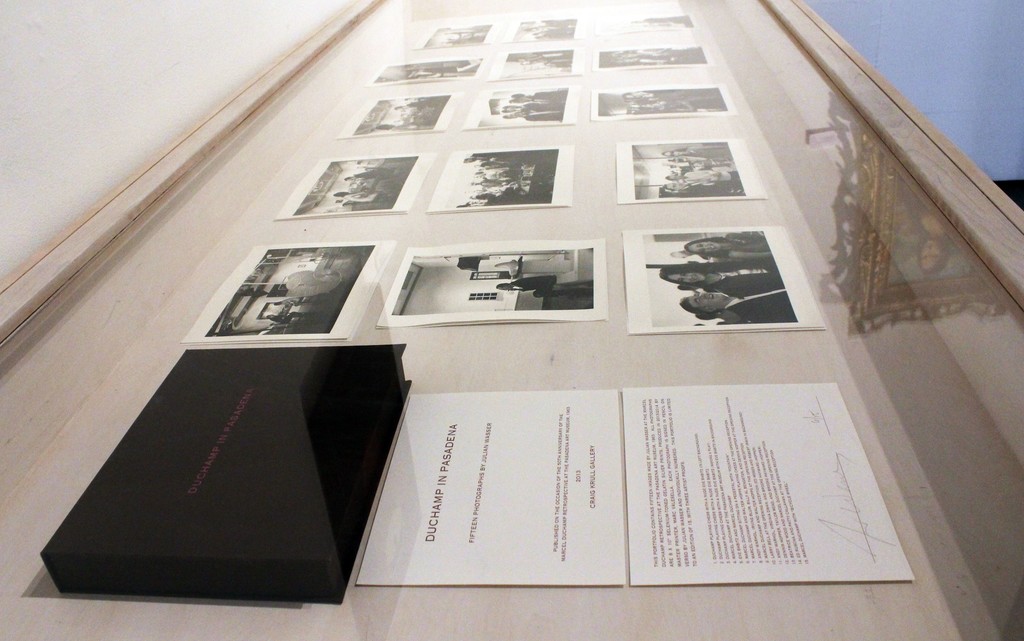 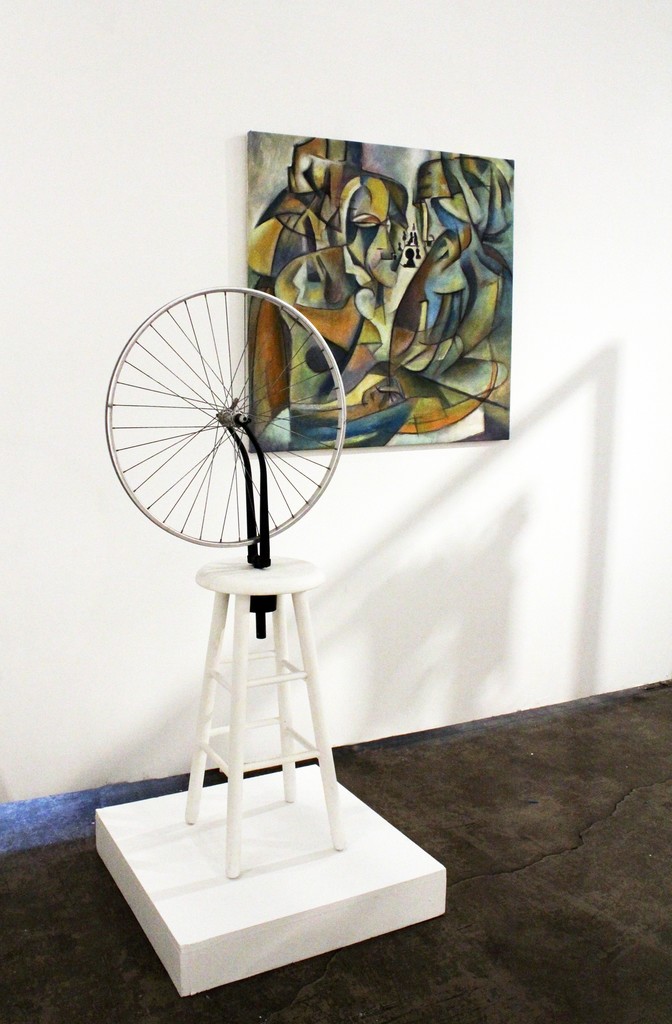 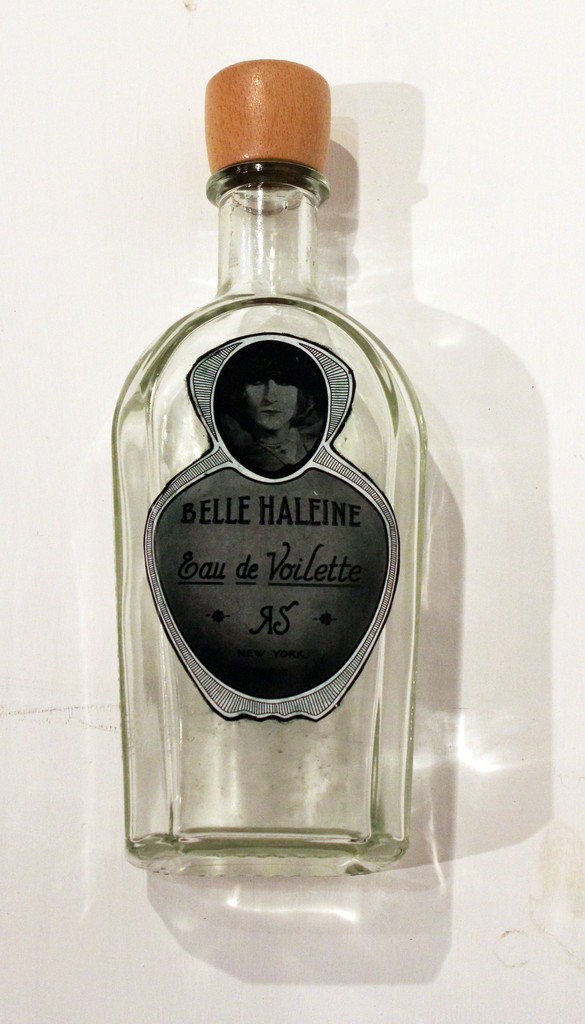 ROBERT BERMAN GALLERY in conjunction with Craig Krull Gallery is pleased to announce Julian Wasser : Duchamp in Pasadena Redux, January 2016. Due to the popularity of our San Francisco exhibition at our E6 Gallery of Julian Wasser : Duchamp in Pasadena Revisited, we are bringing the show to our larger Los Angeles venue. The exhibition will feature rare, never seen before, vintage and rare photographs documenting one of the most significant moments in California's art history. These will be on view alongside appropriations of many of the readymades and conceptual works of art by Marcel Duchamp displayed in the Pasadena Art Museum during the artist's first major U.S. retrospective in 1963. Featured appropriations are by Los Angeles based artist Gregg Gibbs and others. A vernissage will be held Saturday January 16th 5-8pm.
——————————————————————————————————–—
In 1963 a long overdue retrospective for Marcel Duchamp, arguably the most significant and influential artist of the 20th century was held at the Pasadena Art Museum. The exhibition, curated by art world renegade and acting museum director, Walter Hopps, was Duchamp’s very first museum retrospective in the United States and a coup for the West Coast art world. Having produced some of the most groundbreaking examples of conceptual art since the early part of the century, Duchamp was a legendary figure by the 1960s and his presence in California was a pivotal moment in L.A. history and lore.
Artists and luminaries including Ed Ruscha, Billy Al Bengston, Larry Bell, Dennis Hopper and a very boyish Andy Warhol flocked to the opening gala of Duchamp’s retrospective and TIME Magazine sent L.A. based photographer, Julian Wasser to cover the event. At the time, Wasser, who began his career as a teenager shooting crime scenes in Washington D.C., was unaware of Duchamp’s significance in the pantheon of art. But known for being in the right place at the right time and catching formative moments in L.A. history with an unmistakable eye, Wasser not only captured the energy of Duchamp’s opening reception, but produced several of the most iconic pictures of the artist ever made. Duchamp posing next to his groundbreaking readymade Bicycle Wheel, originally conceived in 1913 and Duchamp playing chess with a nude Eve Babitz were among the images Wasser took while on assignment. Though TIME never published Wasser’s pictures, the latter photograph, inspired by one of Duchamp’s master paintings Nude Descending a Staircase and the artist’s obsession with chess, went on to become one of the most recognizable staged photographs of the 20th Century.
Julian Wasser : Duchamp in Pasadena Revisited brings the quintessential photographs of Julian Wasser, together with an installation of appropriated works of art produced primarily by L.A. based artist Gregg Gibbs to create an exclusive experience of the 1963 Duchamp retrospective at the Pasadena Art Museum. Works on view originally produced by Duchamp and appropriated by Gibbs will include early works such as Bicycle Wheel, Nude Descending a Staircase, I.H.O.O.Q, 1919; With Hidden Noise, 1916, and one of Duchamp’s masterworks (The Large Glass) The Bride Stripped Bare of Her Bachelors, Even 1915-1923. The piece de resistance is a life-sized recreation of Wasser’s now-infamous photograph of Marcel Duchamp and Eve Babitz playing chess at the museum in 1963.
———————————————————————————————————-
Julian Wasser began his career in photography in the 1950s as a teenager shooting crime scenes in Washington D.C., which he sold to The Washington Post. While working as a copy boy at the Washington bureau of the Associated Press he met Weegee and rode around with the legendary and unflinching press photographer while he worked. After university and military service that found him stationed in San Diego, Wasser settled in Hollywood and became a contract photographer for Time, Life and People Magazine. Like his mentor, Wasser has the knack for being present at critical public and private moments and for producing images with a graphic bold punch. His photographs from 60s Los Angeles capture a seminal period in the L.A. art scene, iconic musicians and nightclubs, the transition from classical to New Hollywood, and a volatile political and civil rights era. Wasser’s photographs have been exhibited in museum exhibitions worldwide including Overdrive: L.A. Constructs the Future 1940-1990, Getty Center 2013; Los Angeles 1955-1985, The Birth of an Art Capital, Centre Pompidou, 2006, among others. His work is the subject of the monograph The Way We Were: The Photography of Julian Wasser, Damiani, 2014, and is included in numerous publications including Time & Place: Los Angeles 1957-1968, Steidl Verlag, 2008; Rebels in Paradise: The Los Angeles Art Scene and the 1960’s, Henry Holt and Company, 2011.