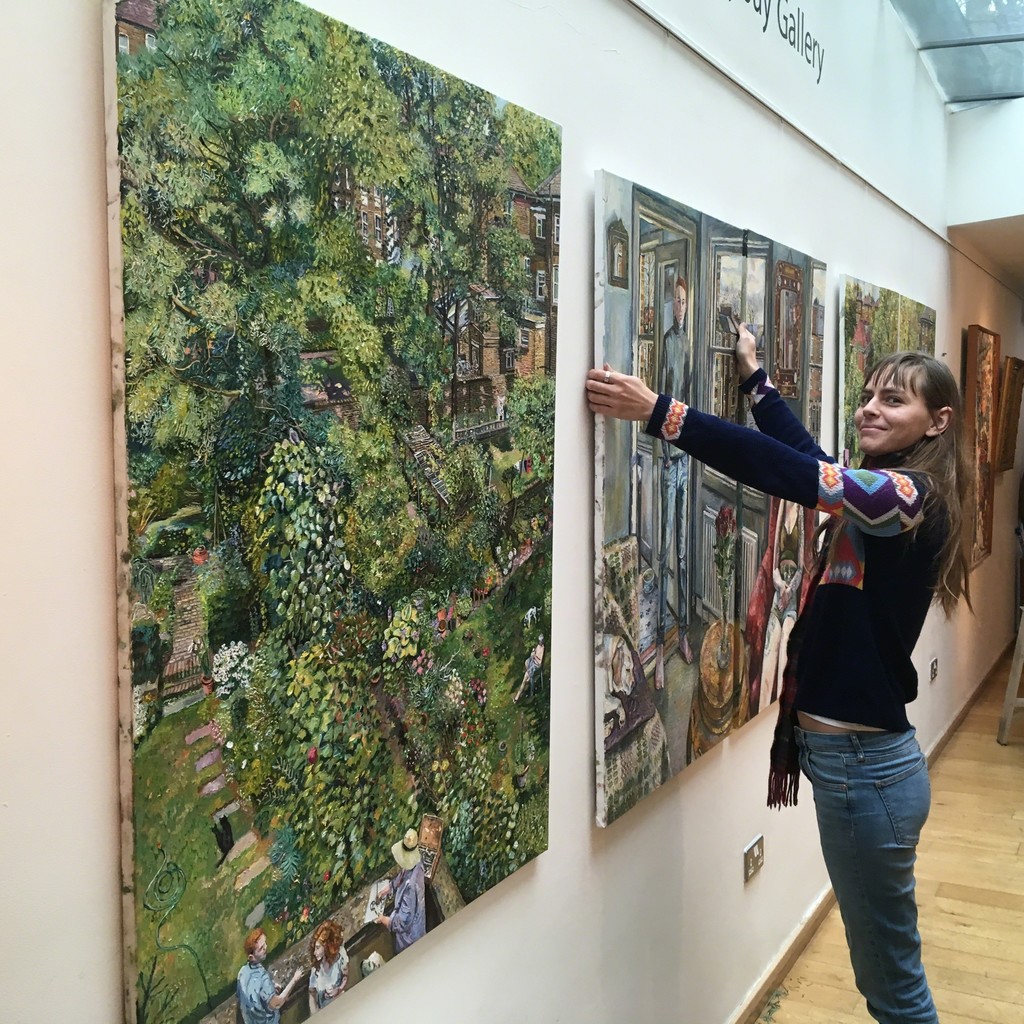 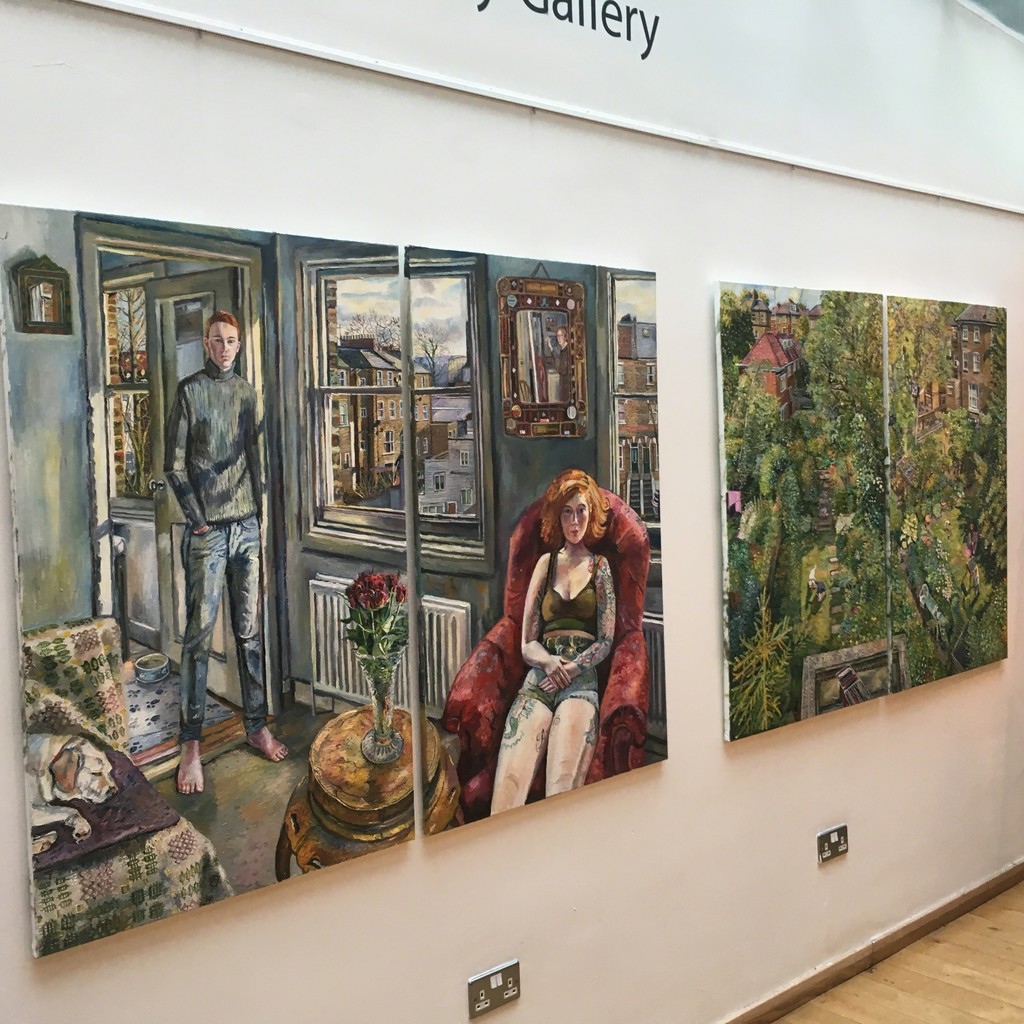 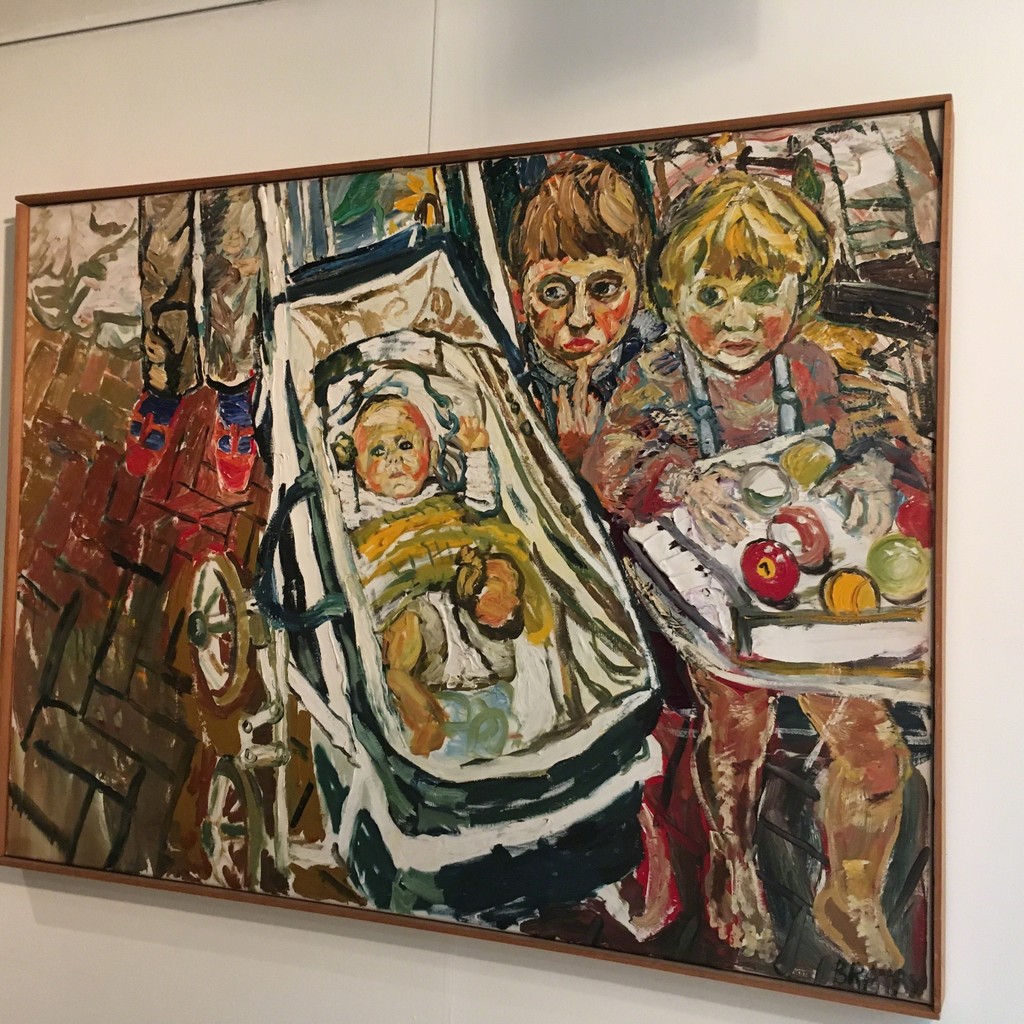 Informal but meticulous oil paintings of Primrose Hill and Islington by one of London’s most cherished artists feature large in the Home Sweet Home exhibition just opened at Burgh House in Hampstead.

Melissa Scott-Miller has made a speciality of portraying the byways and domestic architecture of North London. A former student of The Slade, whose work regularly appears at the New English Art Club, Royal Society of Portrait Painters and Royal Academy summer exhibitions, she finds constant inspiration in the weathered brickwork, tangled gardens and genteel scruffiness of the London we live in.

A critic once described Melissa’s style as “John Bratby meets Lucien Freud”, and you can test at least one half of that comparison for yourself with two Bratby portraits of the artist’s young children on the opposite wall. John Bratby first earned his notoriety in the 1950s as a leading light of the “kitchen sink” school of artists, so called because they revelled in portraying mundane subject matter. The first work by Bratby to be acquired by the Tate Gallery was titled Still Life with Chip Fryer, and Bratby remains what you might call a “marmite” artist, loathed by as many as he is loved. But while he is best known for his aggressive, uncompromising approach, the two portraits of his young sons at Burgh House show a softer side to his character and appear to have been painted with greater love and attention than plenty of his more commercial works.

Home Sweet Home is billed as an affordable art exhibition, with prices ranging from £50 for small watercolours to £5,000 for generously proportioned oil paintings. It features several other artists who, according to organiser Robert Eagle, are “very good value and deserve wider recognition”.

Notable among these are the late Stan Smith, for many years president of the London Group of artists, whose charcoal drawing of an old overcoat hanging on the back of a door can hardly be bettered as a homely subject, and George Hooper, active from the 1940s to ‘60s, who was one of the artists commissioned by Kenneth, later Lord, Clark for the Recording Britain project during World War Two, which was set up to record emblematic nooks and corners of the nation's landscape and architecture at a time when much of it was threatened with destruction. The two works by Hooper on show are Georgian House, an unusual combination of collage and watercolour, and Interior, an oil painting in bold Fauvist style.

The other living artist represented in the exhibition is Francine Clauzel-Baker, now in her 80s and still very active, who had to flee the German invasion of her native France during the war. She brings a good-humoured light touch to the show with her watercolours of children’s toys and kitchen still lifes.

Venue: Burgh House, New End Square, Hampstead NW3 1LT.
The house is open Wednesday to Friday and on Sundays from 12 noon to 5pm. The exhibition is being held in Burgh House’s Peggy Jay gallery until Sunday December 18th.