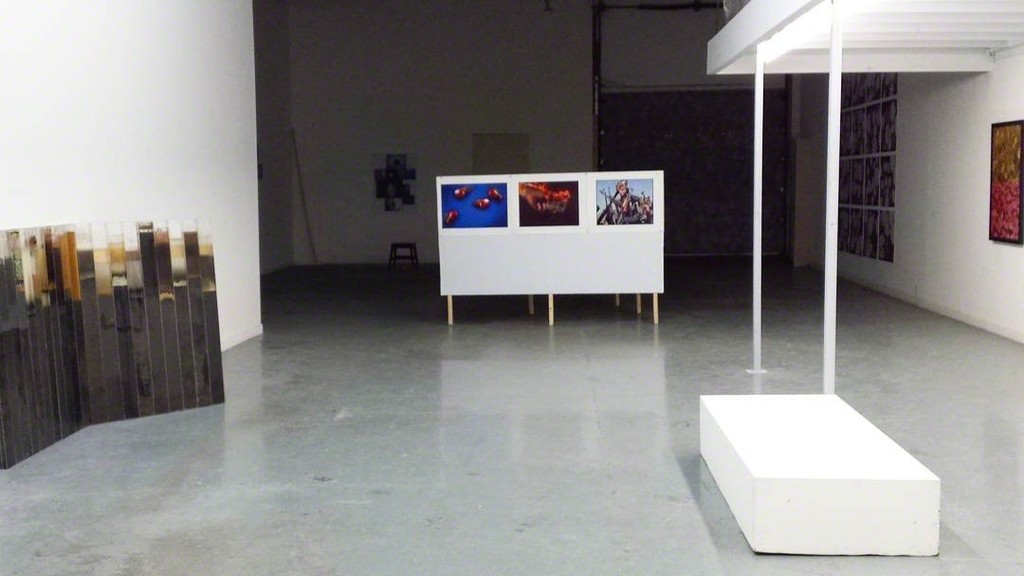 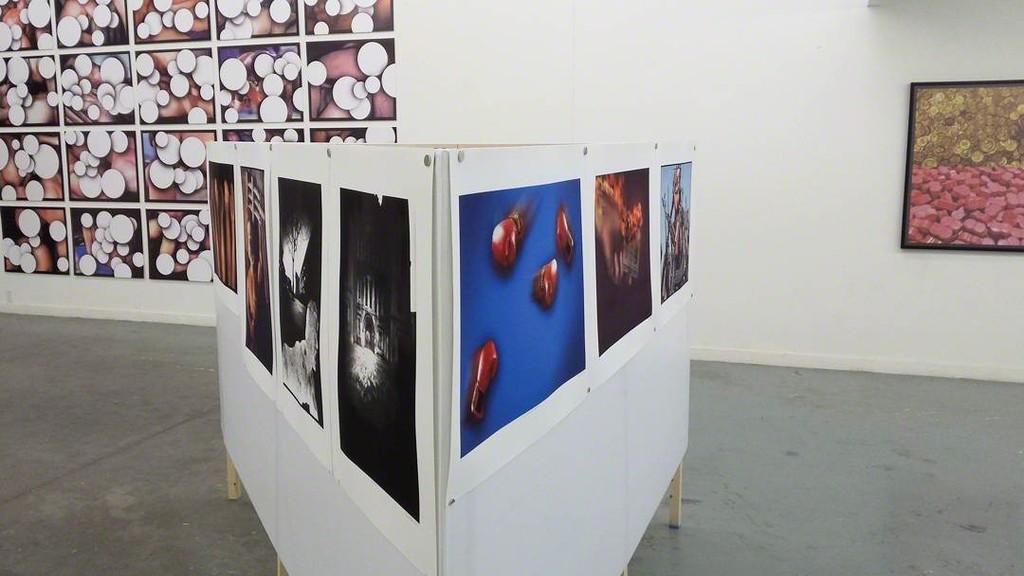 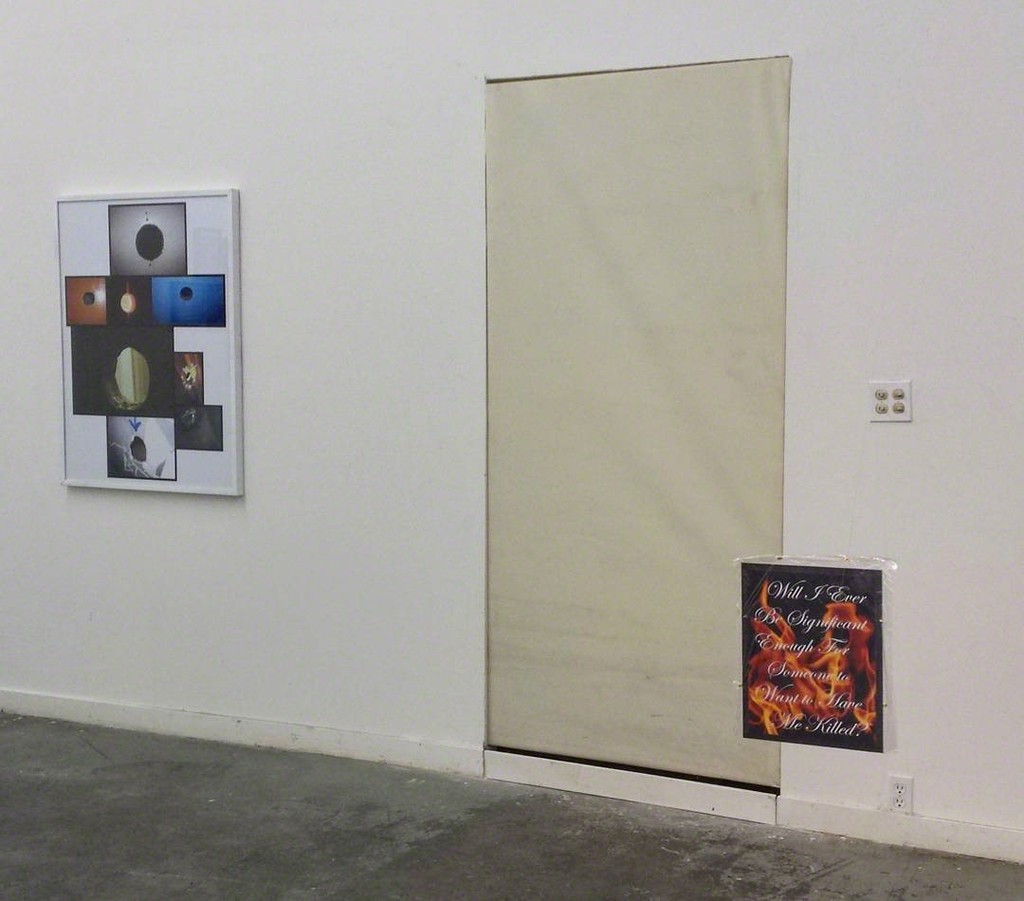 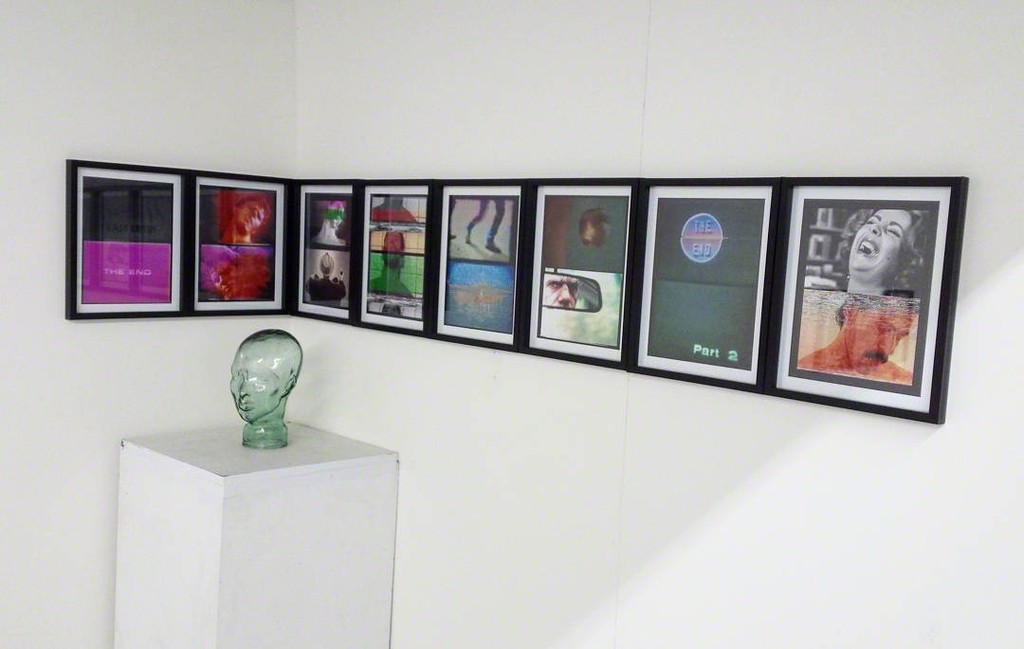 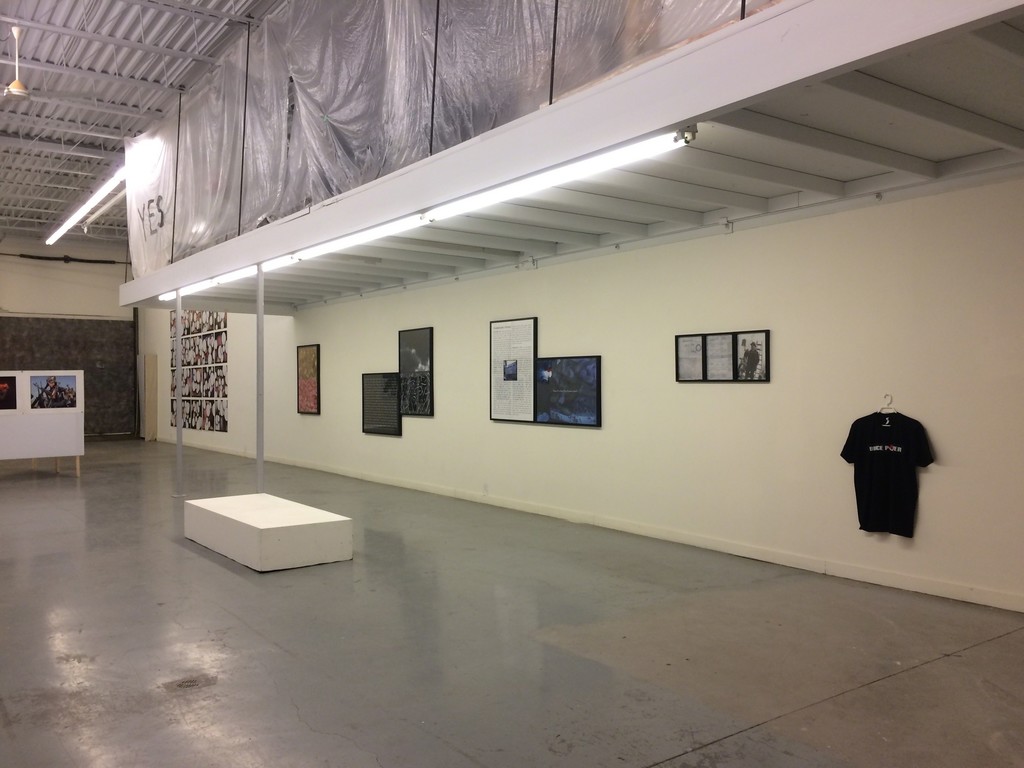 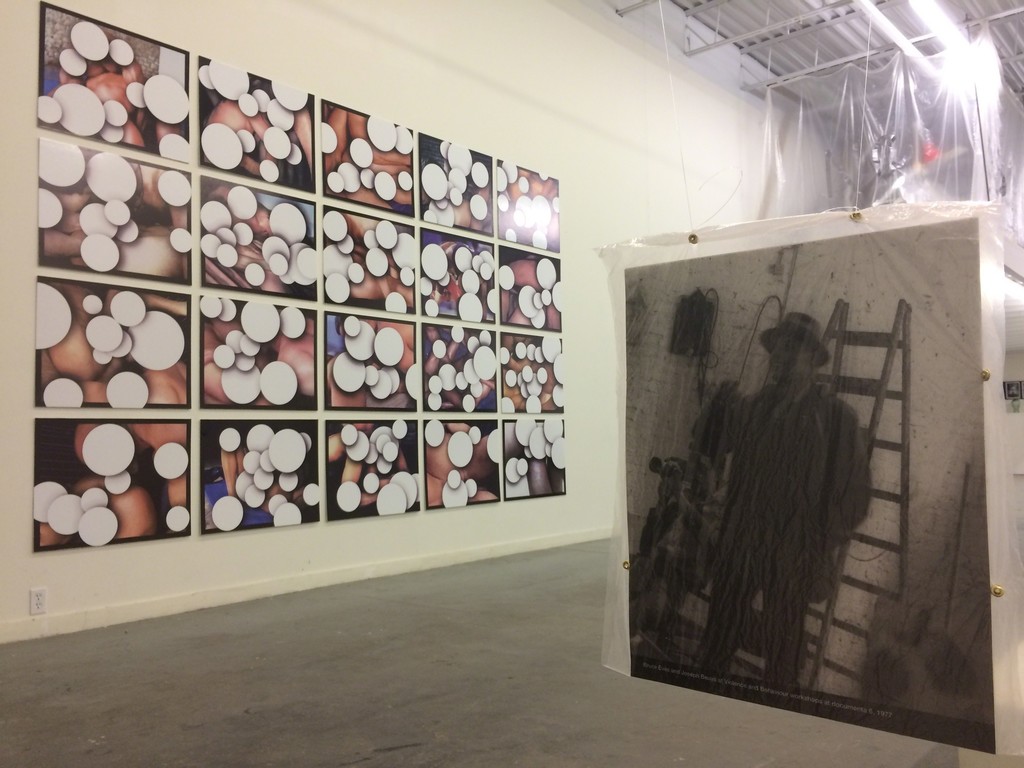 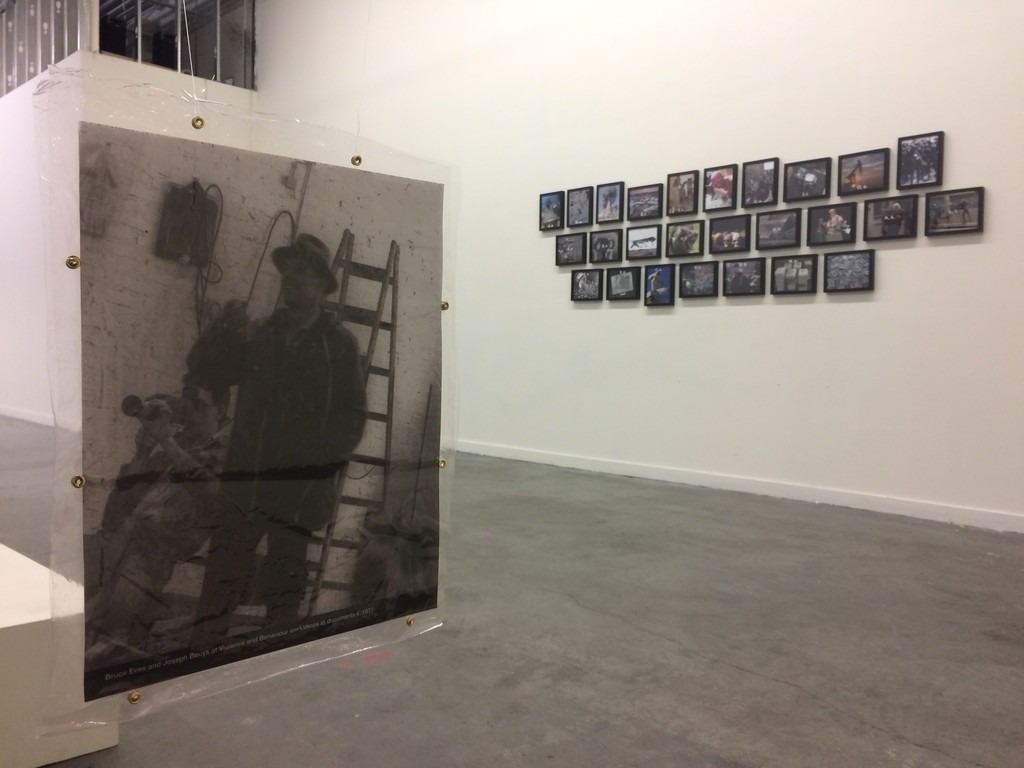 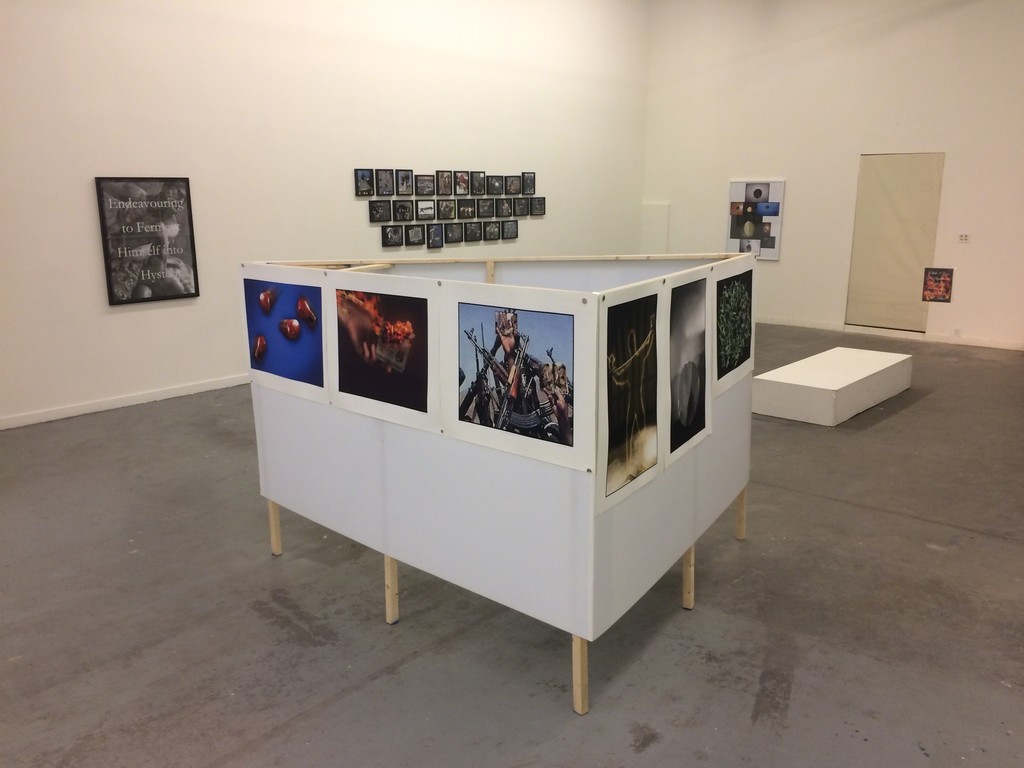 Work # 977: CLEAN-CUT EVIL ONE OBSCURES
According to Renaldo Arenas, the Furies were the only goddesses that should inspire us. This exhibition is, from my perspective, a pared down retrospective of works from the past decade or so, with a nod to the distant past and a nervous glance toward what may likely occur. Torture, self-loathing, political revolt, contrarian dissent, psychological trauma, terrorism and other trendy topics are cherry-picked at will from mutually exclusive sources – the morning headlines, the official record of 20th cen-tury art, the signs and signifiers of the gay male underground, as well as plumbing the well of my own internal zeitgeist. By positioning myself as an ironic spectator, this has allowed me to explore the spaces between these charged relationships. Renaldo’s outlook is evident throughout.
Taken together as a group, the ten editioned works in this exhibition create a series of disruptive juxtapositions that explore the interconnectedness of masculinity, aging, bias, history, and data collection presented through the mashed-up lens of gay history, art history, and my history, yet frustrate any simple narrative reading. Some include experiments with pinhole photographs with its capacity for an indefinite depth of field and its tendency of allowing small mundane objects assume the monumentality of public sculpture. By adding collage elements to the negative ups the ante for a picture’s conceptual implications while the medium is ideally suited to transform the mere gothic into something more satisfyingly overwrought and post-apocalyptic.

While startling, slightly hilarious, and eerily of-the-moment, “Clean-Cut Evil One Obscures” is in actuality an anagram of the two artists – Nicole Clouston and Bruce Eves – exhibiting at the Robert Kananaj Gallery (January 19-March 4, 2017)

Bruce Eves creates conceptually-driven photo-based works that explore the shifting nature of time, focus, and perception, as well as the ever-changing relationship between image versus interpretation and memory versus present-day reality. He co-founded and was chief archivist for the International Gay History Archive (now part of the Rare Books and Manuscript division of the New York Public Library). His work is represented in a diverse number of public collections from the Museum of Modern Art in New York to the Tom of Finland Foundation.