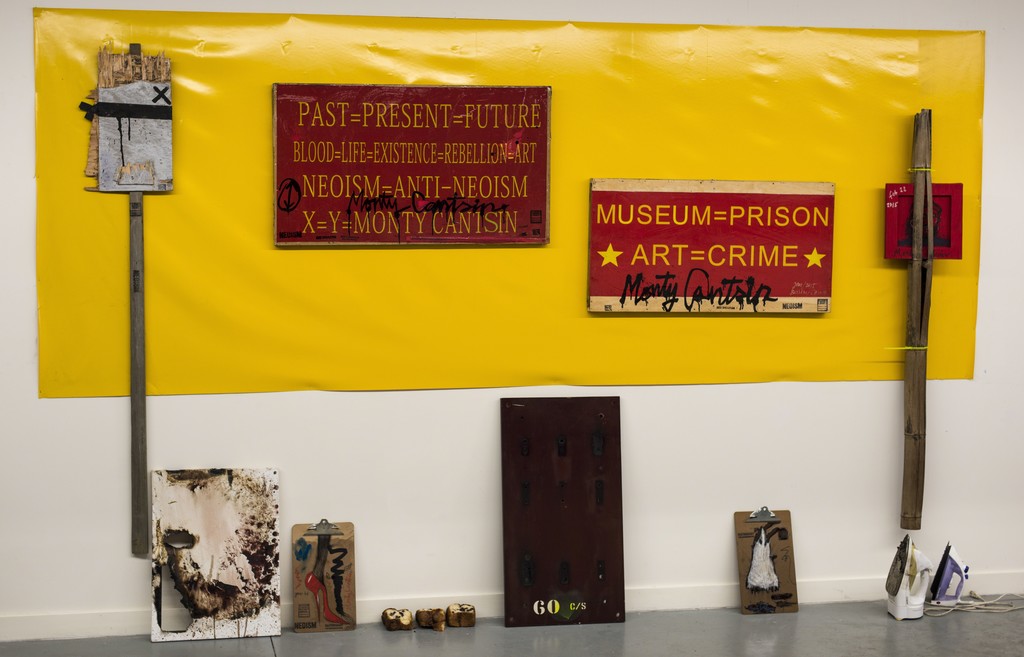 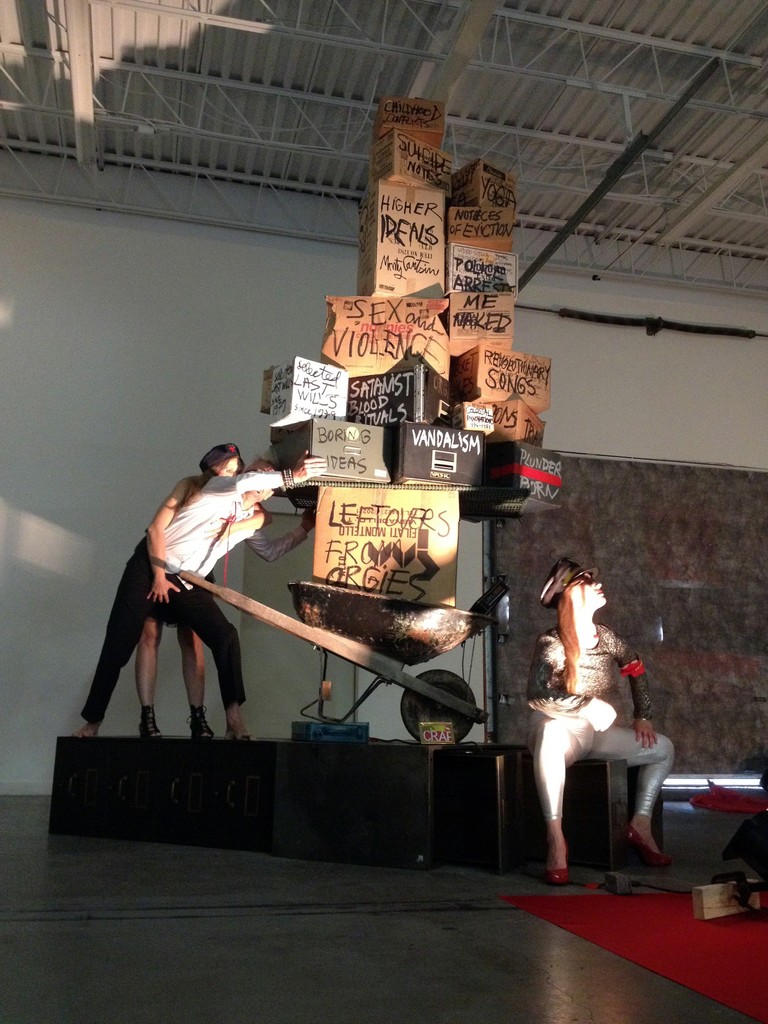 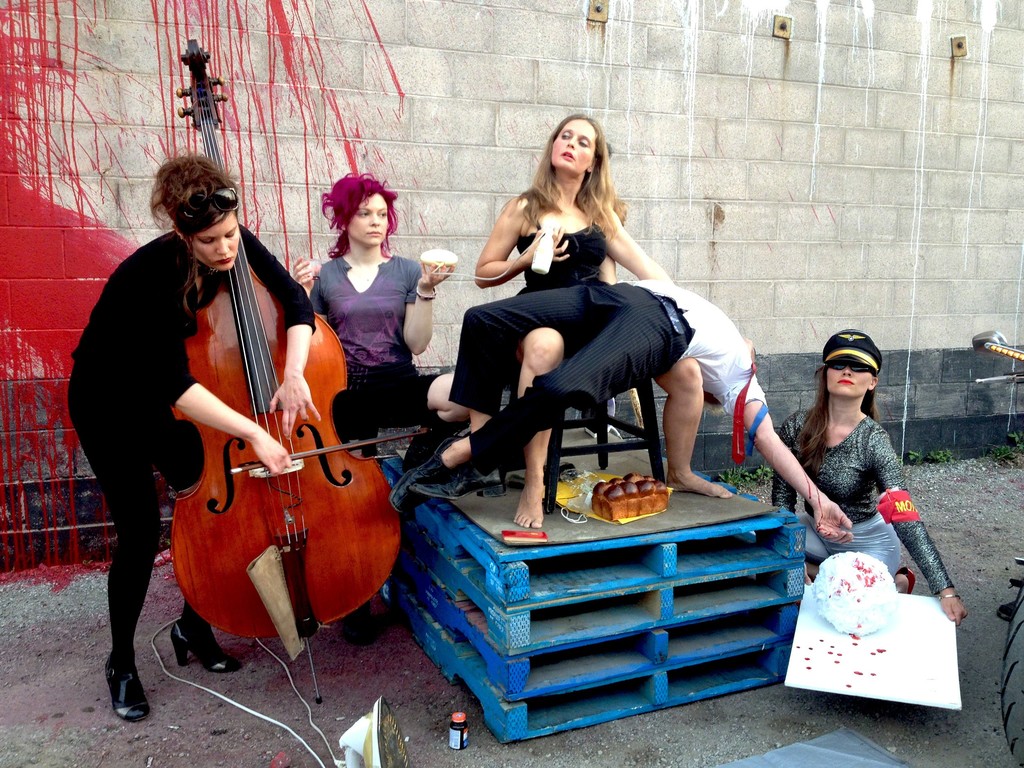 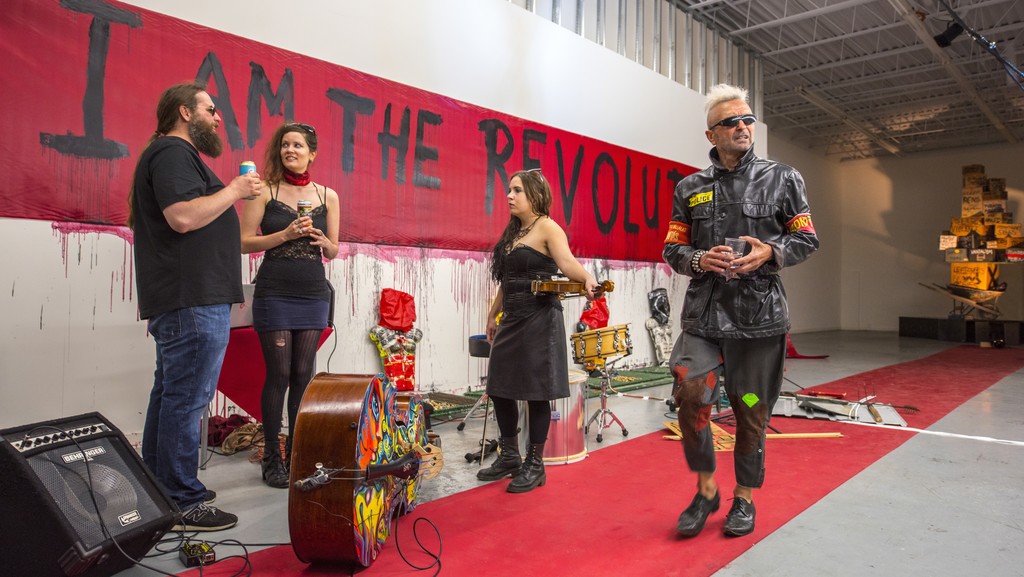 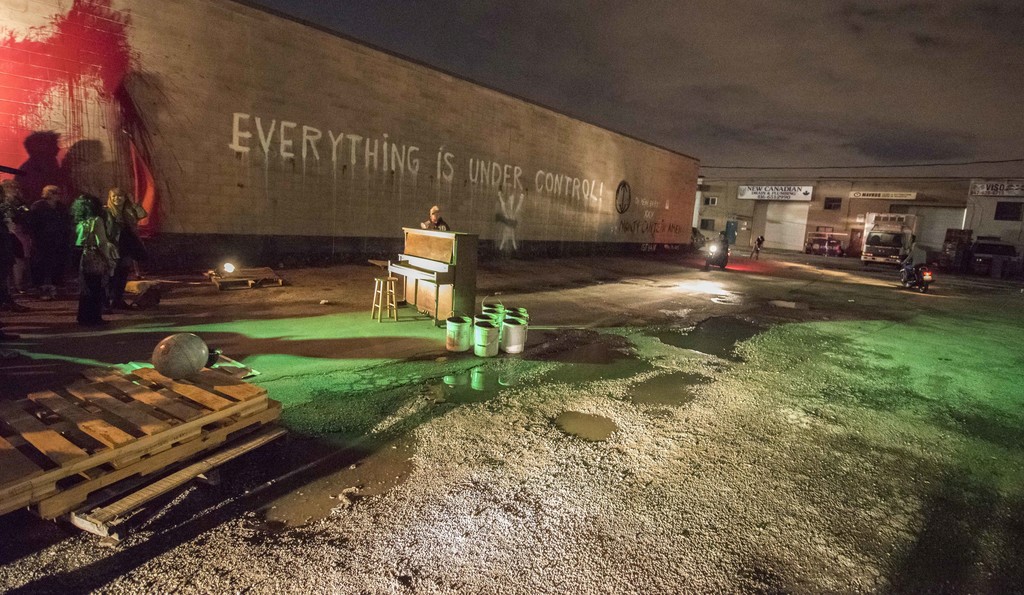 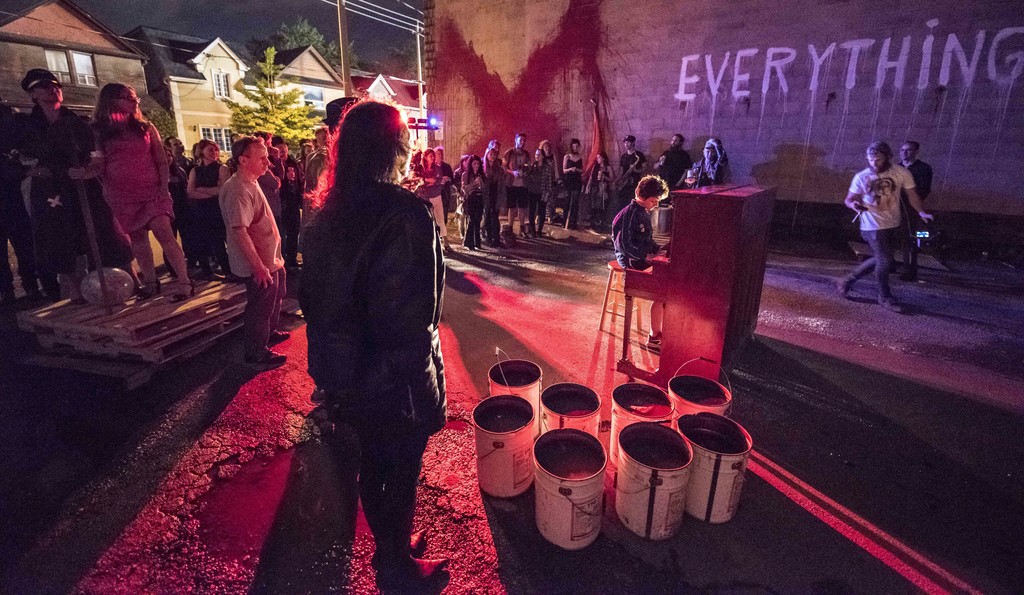 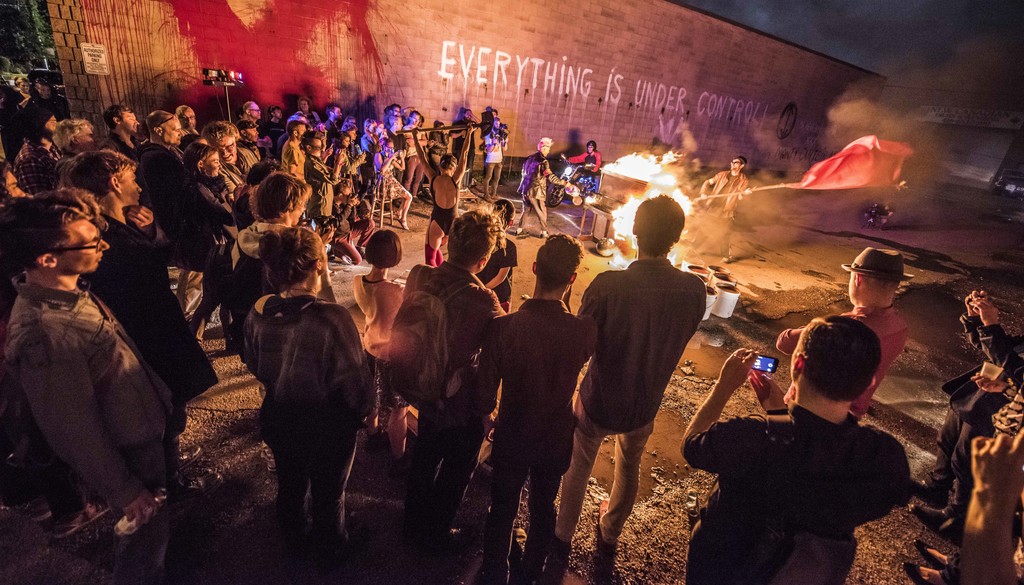 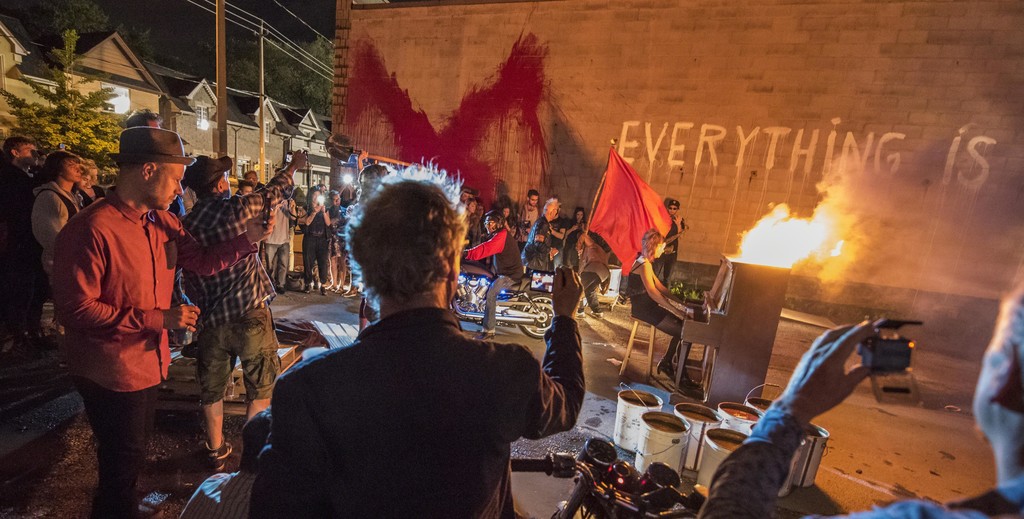 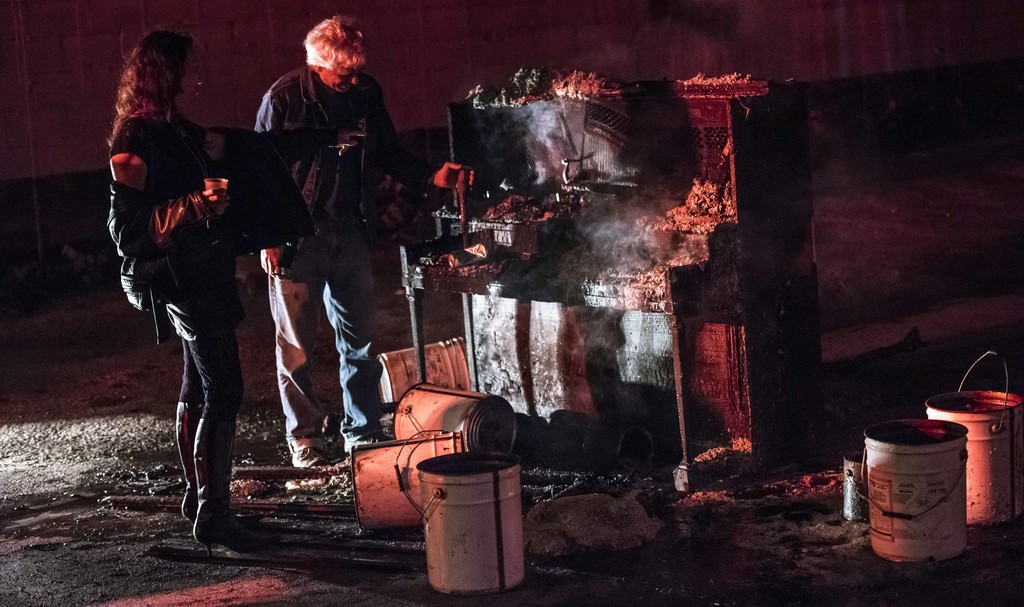 RKG presents
ISTVAN KANTOR: ETUDE TO ASYLUM – degenerate art
May 5 – June 6, 2015
Media conference Monday, May 4, 2pm
Opening reception / performance Friday, May 8, 2015, 6pm
Exhibition curator: Robert Kananaj
ETUDE TO ASYLUM is an Istvan Kantor state. Although since 2005, Kantor has created
large installations and performances in contemporary art and media art centres in Germany,
Thailand, Japan, Indonesia, Singapore, Estonia, Hungary, Poland and most
recently in China, for the past decade in his own country Istvan has had some of his
work accessible only from his open studio/garage based in Toronto - except when he
has perpetrated unofficial, illegal events with no support. Last year Istvan Kantor
reclaimed his fame in New York by splashing his blood on the wall of the Jeff Koons
Retrospective at the Whitney Museum of American Art.
Istvan Kantor has chosen to mark his return with ETUDE TO ASYLUM at RKG. A select
number of as yet unseen, recent works combine adapted and modified objects,
extended mash-up graffiti, video projection, archival material and performance. “Alienation
in progress”, the over-institutionalized corporate-governed art world, is the subject
explored during this exhibition. The exhibition includes works created during his recent visit to China.
Expelled from university and tagged anti-social, Kantor fled Hungary in 1976. He
obtained political refugee status in Paris and shortly after immigrated to Montreal. There
he initiated Neoism in 1979. His rebellious ideas and daring artistic activities attracted
wide reactions, pro and con, resulting in the formation of an International Neoist Network
and also a constant conflict with the authorities. In the early 80ʼs, Kantor moved
his Neoist Headquarters from Montreal to New York and declared himself “Selfappointed
leader of the people of the Lower East Side.” He openly challenged institutional
rules and corporate gentrification of the arts. Forced back to Canada by criminal
charges, Kantor moved his HQ to Toronto in 1991. Here he created a family with partner
in crime, Krista Goddess, and raised three children: Jericho, Babylon and Nineveh.
With unceasing determination, he has continued his mission, culminating with his ban
from the National Gallery of Canada and the Art Gallery of Ontario. In spite of all
however, in 2004 he received the Governor Generalʼs Award at which point the media
called him a “demonic artist” who “elevated vandalism to high art.”
Robert Kananaj Gallery, 172 St Helens Avenue, Toronto, Ontario M6H 4A1 Canada
Hours: Tue – Sat, 11am – 6pm Phone: 416.289.8855 [email protected]
www.robertkananajgallery.com