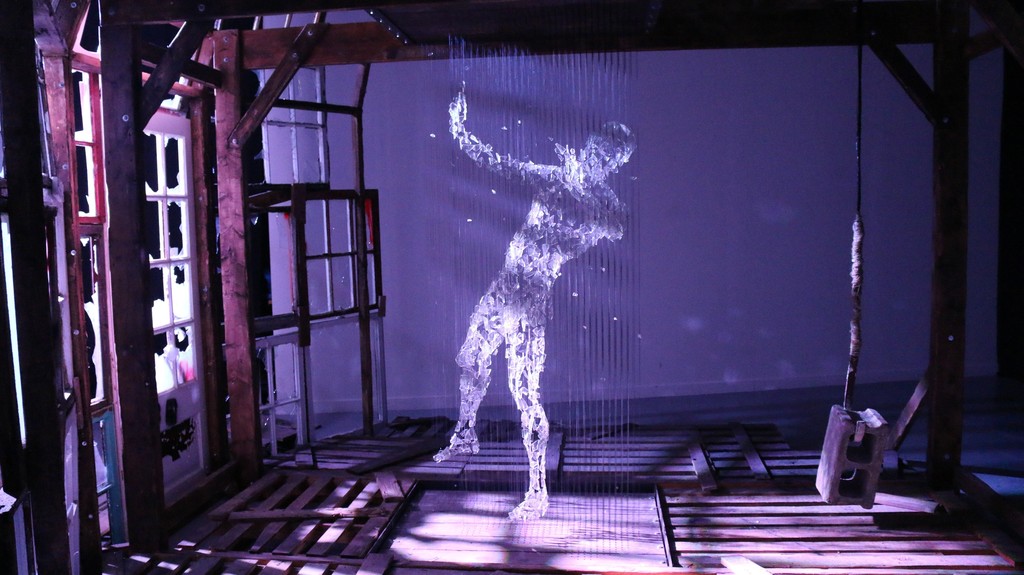 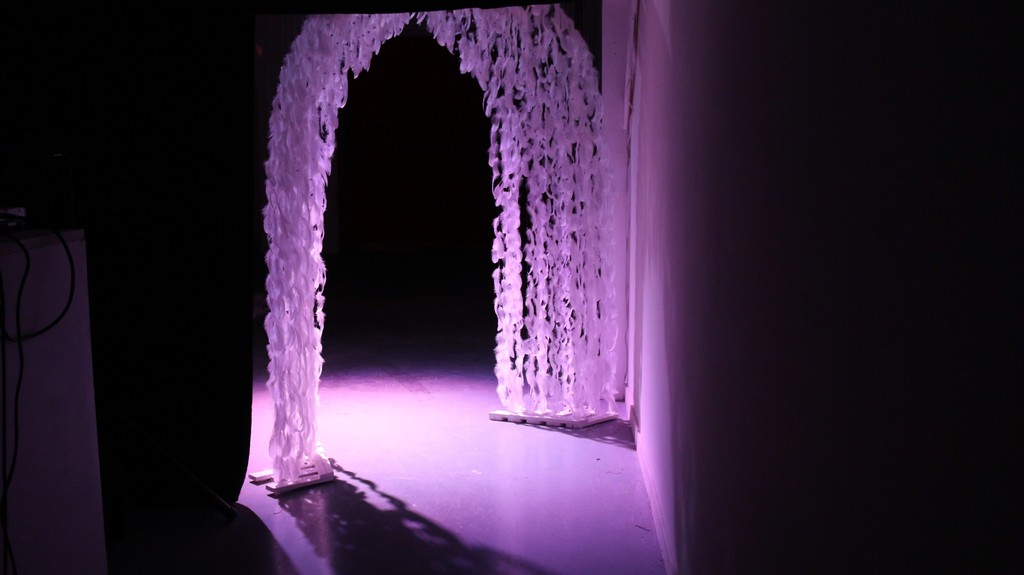 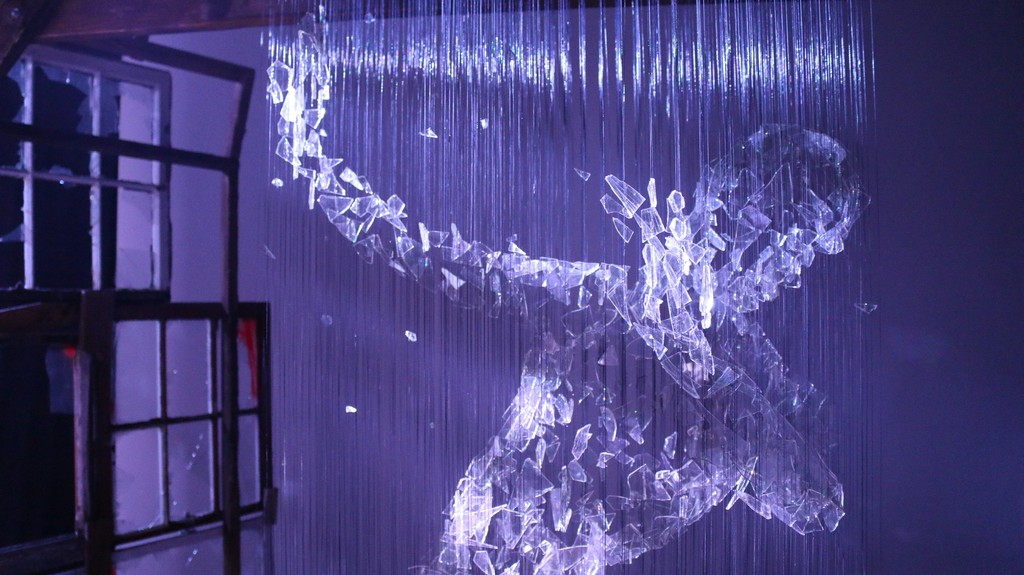 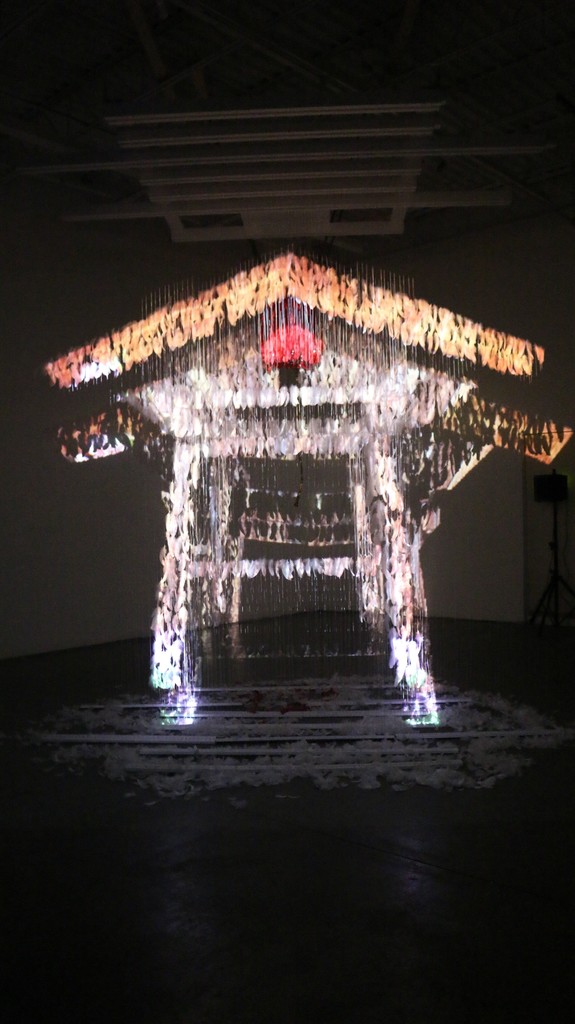 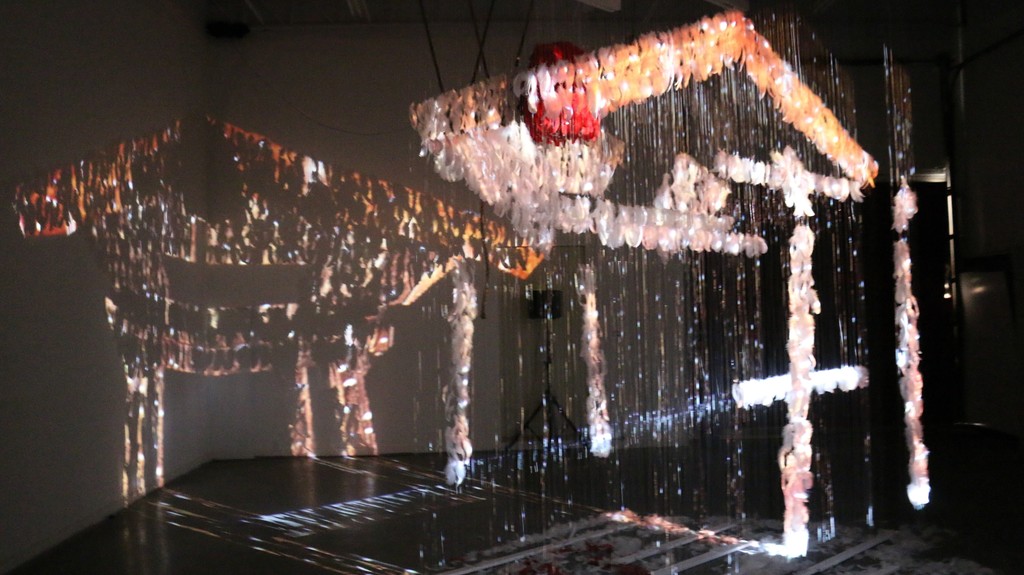 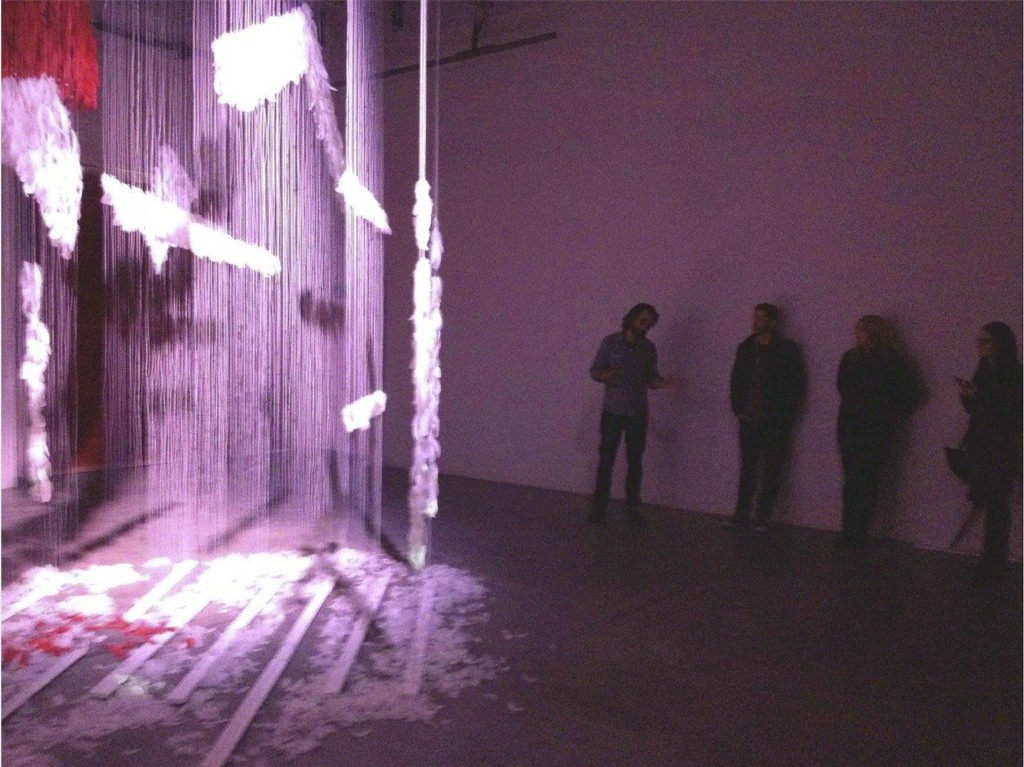 The four seasons are experienced in a cycle of changing light and sound as a gong is struck by the viewer. 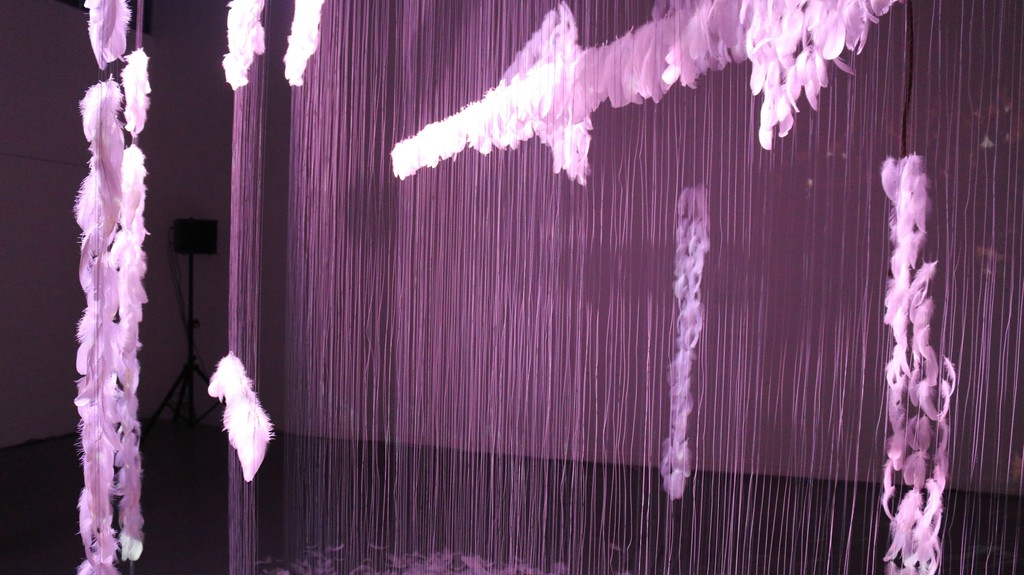 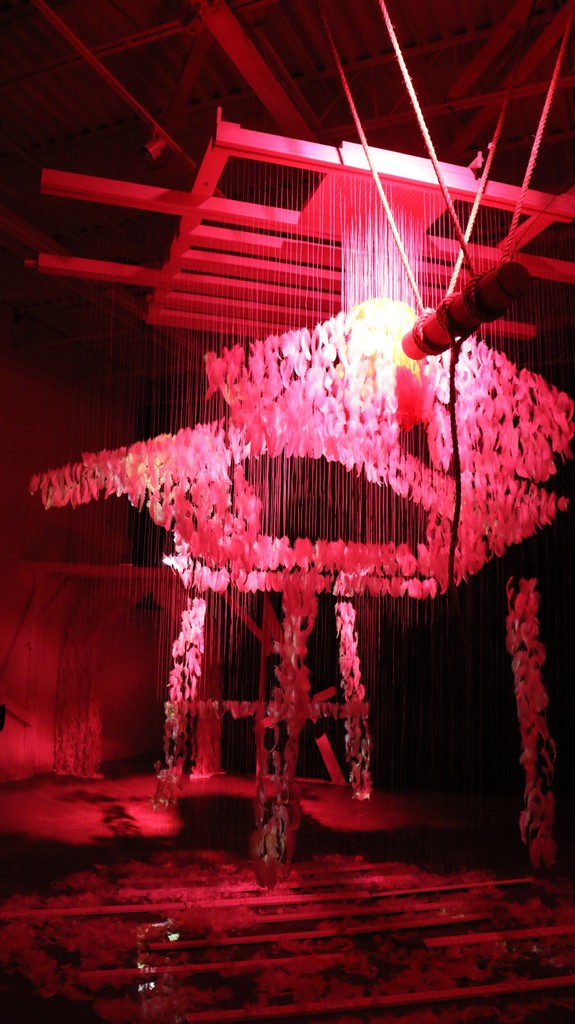 The Robert Kananaj Gallery is pleased to announce an extension of THINGS I CAN’T TELL YOU, a solo exhibition of RANDALL OKITA, the Canadian Spotlight Artist for this year’s Toronto Reel Asian International Film Festival. In addition to the three large-scale works currently on display, the gallery will host a special screening of Okita’s award-winning short films and a second event to close the successful exhibition.

The screening on December 22nd, 8pm - 10pm, will feature five films including The Weatherman and the Shadowboxer, best Short Film at TIFF 2014, and Best Experimental Film at LA Shorts and NY Shorts festivals respectively. Okita will be present to introduce the films and discuss them with visitors. The closing event will be on January 21st, 8pm - 11pm with more details to be announced soon.

Noted for his use of spectacle and beauty to balance themes of violence and conflict, Okita is well recognized internationally as of one the best experimental filmmakers working in Canada. His film The Weatherman and the Shadowboxer was produced by the National Film Board of Canada (NFB) and is the latest in a string of short films to win accolades worldwide. The exhibition takes as its point of departure the performance art and sculptures featured in Okita’s short films, extricating them from the theatre screen to the gallery as a means to experience these works in their own right.

The video loop, Things I Can’t Tell You, is a meditative video that centers on a performance of Okita in which he set himself on fire. The sculpture Portrait As a Random Act of Violence is from the short film of the same name, featuring a life-size figure constructed of individually hung shards of shattered glass. Be Here Now is an interactive multimedia installation where viewers are urged to strike the artwork to initiate their own experience in the space.

Okita often employs complicated and intricately built artworks as key characters in his films, exposing their construction as a metaphor for the complexity of how conflict and struggles build within us and, equally, our desire to understand how such complicated tensions come to be. By taking these works into the gallery, the viewer is given an appreciation of the works’ detail and has a unique opportunity to physically situate themselves inside the visually rich and emotional world of Okita’s work.

Randall Okita is a Canadian visual artist and filmmaker whose work includes sculpture, rich media, physically challenging performance or stunt-work, and beautiful imagery. Born and raised in Calgary, Alberta, Randall has lived and worked in Japan, Vancouver and Toronto.

His visual artworks have been shown in both group and solo exhibition, and commissioned. His films have been awarded both nationally and internationally, have been broadcast on television and screened at festivals and theatres around the world.

His work has been supported by industry and artistic leaders such as The National Film Board of Canada, The Harold Greenberg Fund, Telefilm Canada, the Canada Council for the Arts and the Ontario Arts Council.

Randall is a regular panelist and jury member for film festivals and arts councils, has participated in the Directors Lab at the Canadian Film Centre, The Berlinale Talent Lab, and the National Screen Institute’s Diverse Director Program. Okita is an active member of the arts community dedicated to exposing youth and young adults to filmmaking, and cultivating the advancement of fellow filmmakers at all levels of experience.