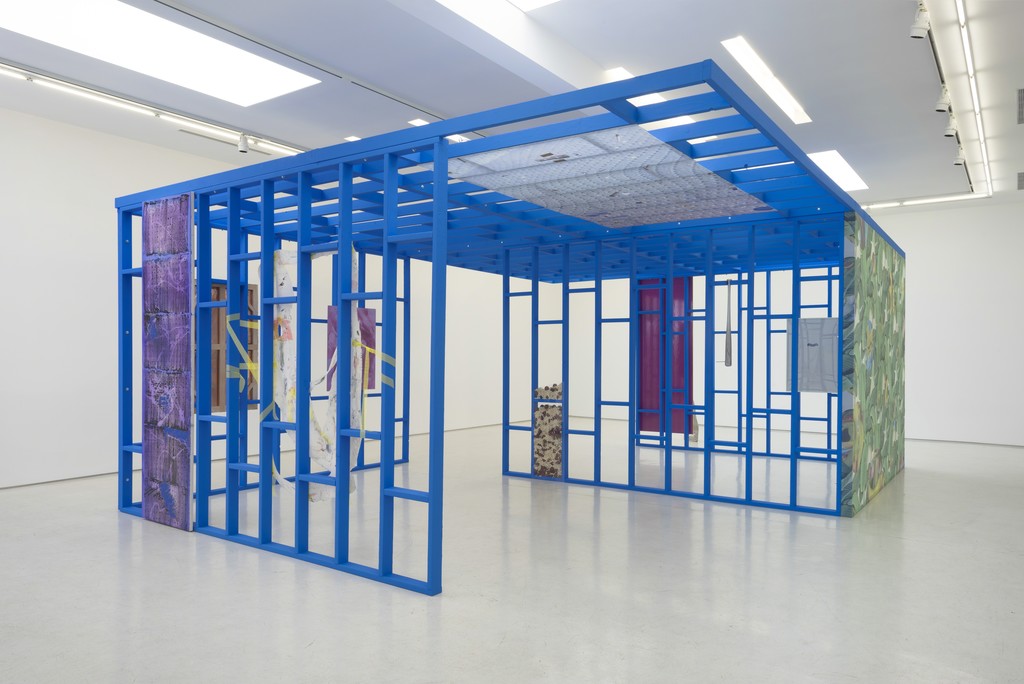 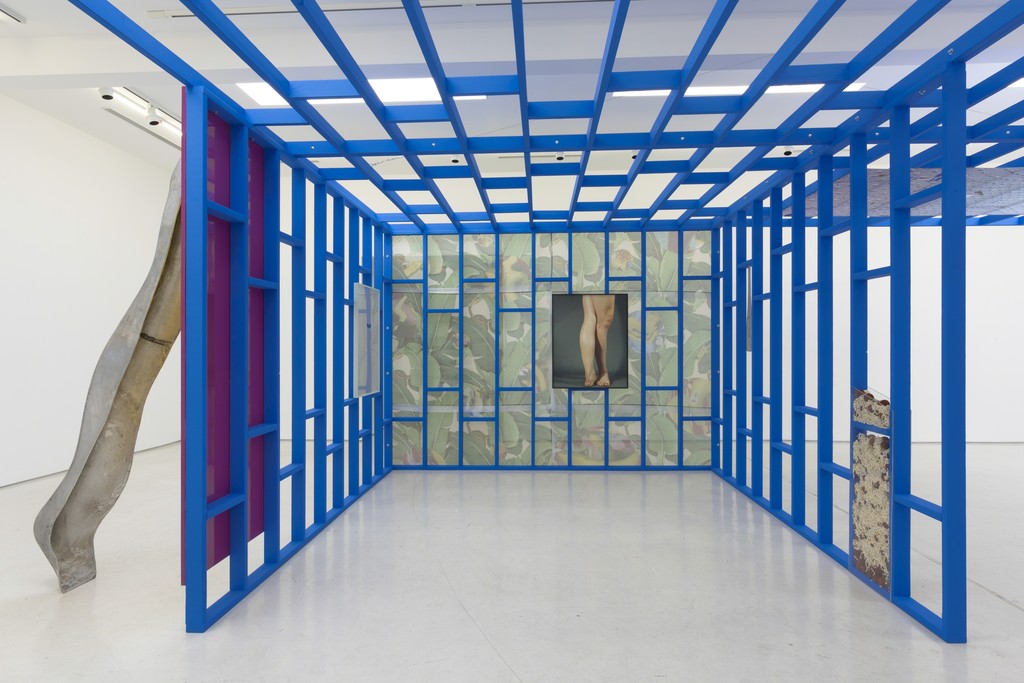 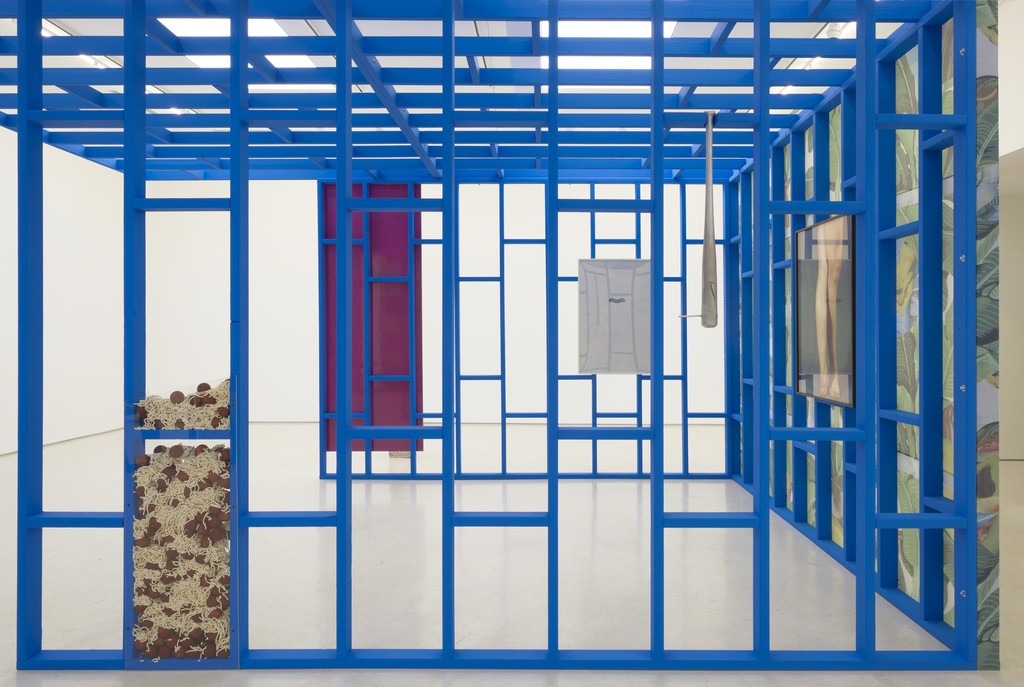 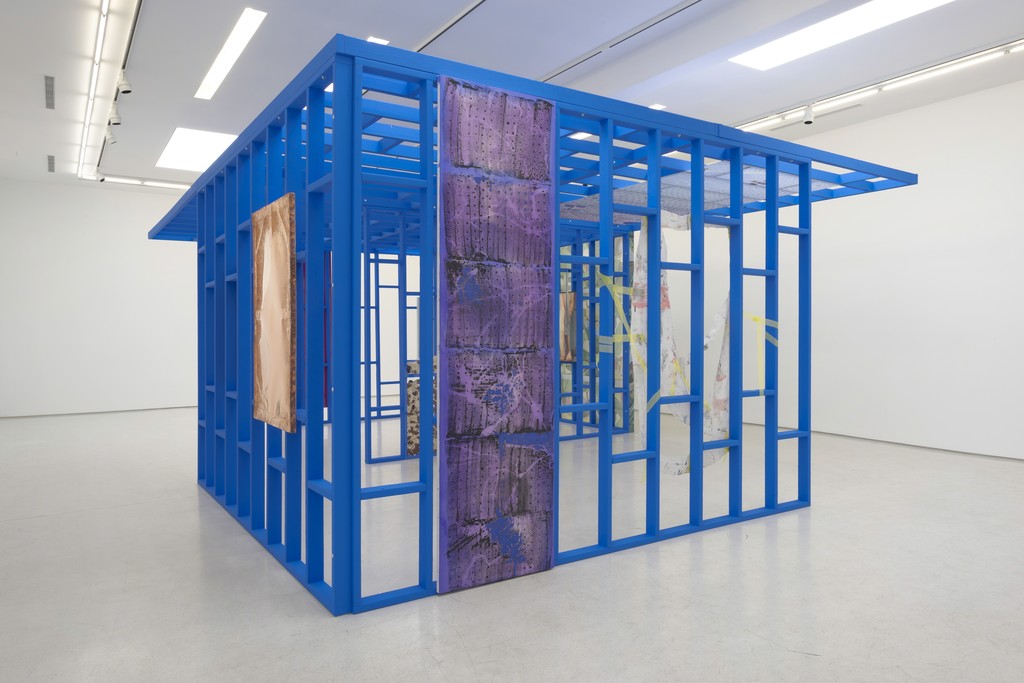 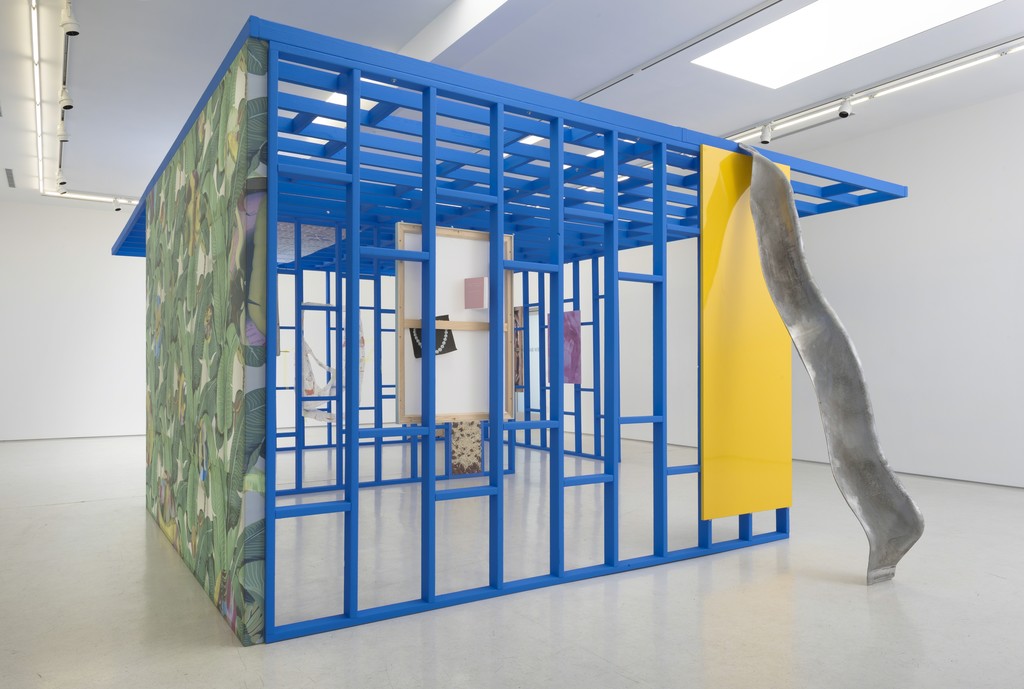 Roberts & Tilton is pleased to present New Babylon, an exhibition organized by Michael Dopp. The exhibition brings together fourteen artists based on an underlying sensibility exploring the collaborative aggregate as a symbolic social space with moveable articulations. New Babylon takes its form as a freestanding structure designed by architect Joakim Dahlqvist, with the artworks on view - sculpture, painting, ceramic, and photography - functioning as both autonomous objects and site-specific installations within the building's apparatus.

As a gallery turned out from within itself, New Babylon is as much a structure of wood as it is space. Its seemingly unfinished state - a framework of 2x4's with open walls and ceilings - allows for an uninterrupted process, or wandering, through the site. In this arrangement, space is both paradoxically delineated and unlimited. As a result of this articulation of new variables through the inclusion of art, the individual works become increasingly more complex when viewed alongside and within this structural containment.

Dopp's hybridized methodology of participating as and alongside artists represents a new generation of contemporary art practice born of necessity and its surroundings. This affinity first took form as No Vex, an artist-run dj and performance night Dopp organized with Calvin Marcus, and later Lisa Madonna. No Vex occurred every Tuesday night at the Hyperion Tavern, Silver Lake from early 2012 through late 2014. Dopp's was an open bar collaboration conceived, curated, and constructed by Isaac Resnikoff, Michael Dopp, and Calvin Marcus in 2014. Initially hosted at Marcus's studio in Lincoln Heights, its last incarnation was at 356 Mission during the 2014 World Cup series. Dopp's was part of a consecutive series of exhibitions and events coalescing the spirit of collaboration and social space with artists whose work emphasized sport, leisure, and could be purposed as functional items in a bar setting. Arturo Bandini, Dopp's current project with Resnikoff, continues in bringing together disparate artists in a similar fashion as did No Vex and Dopp's.

The tenant of constant through Dopp's various gestures remains his investigation into the interrelation between the creative act and the social act. In New Babylon, Dopp returns to the site of architecture as the source of collaboration. Whereas Dopp's was a space built within another space, Arturo Bandini is an autonomous structure built from the ground up; New Babylon encompasses both. Cohabiting between modes of representation, New Babylon is an alternative situation challenging the definition of the art object through its placement, and displacement, in spaces of collectivism.

For additional information, please contact Camille Weiner at [email protected], 323.549.0223.
Gallery hours are Tuesday – Saturday, 11:00am – 6:00pm.
Roberts & Tilton is located between Fairfax Avenue and La Cienega Boulevard.
Parking is available on the street and at Dunn Edwards located 1/2 block east of the gallery.