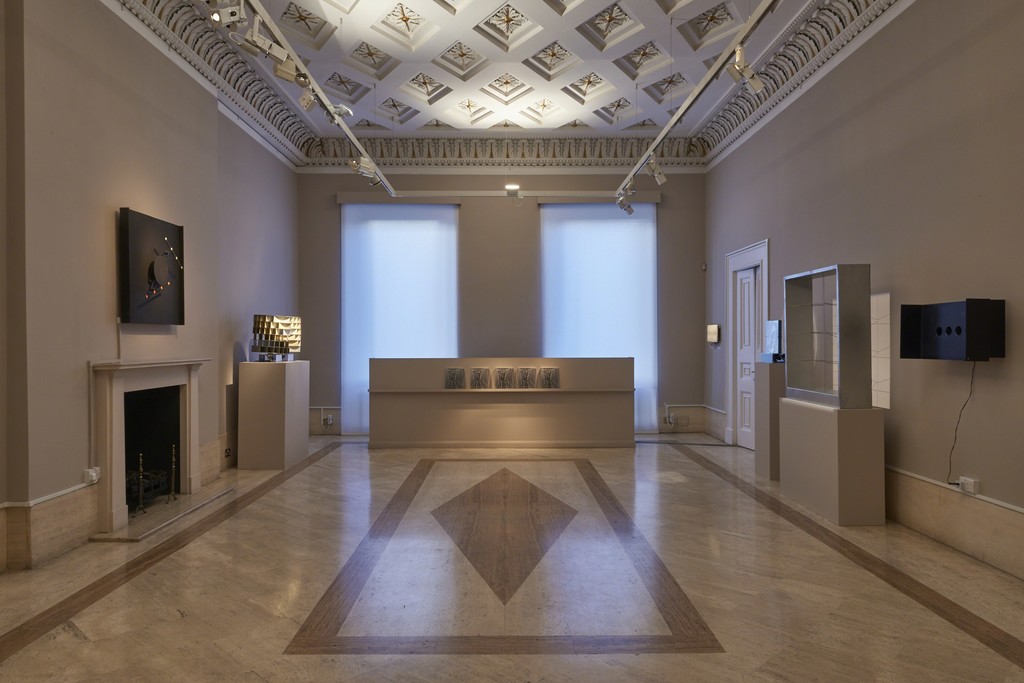 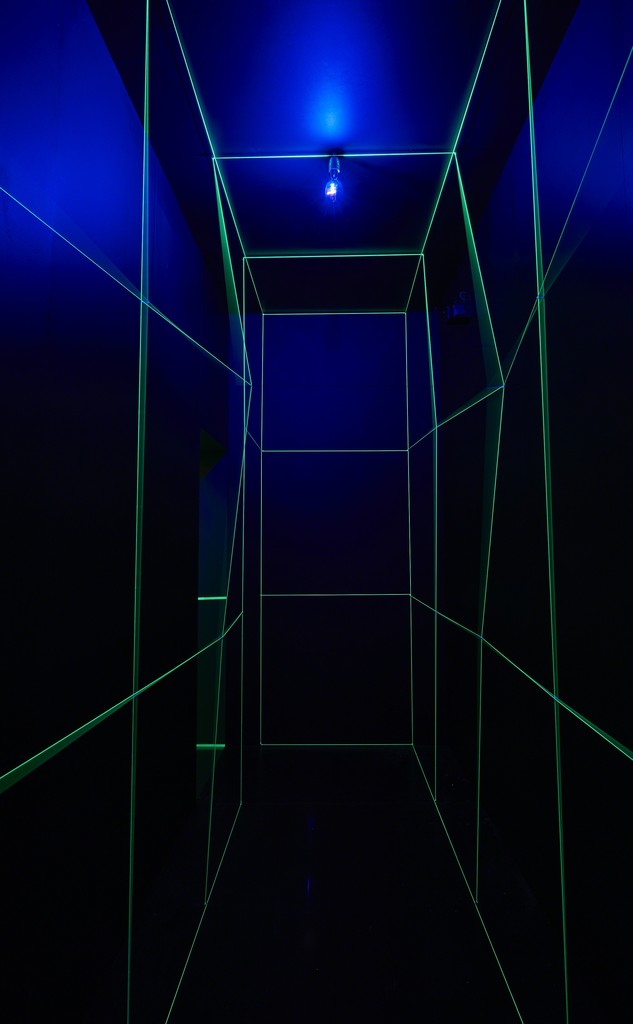 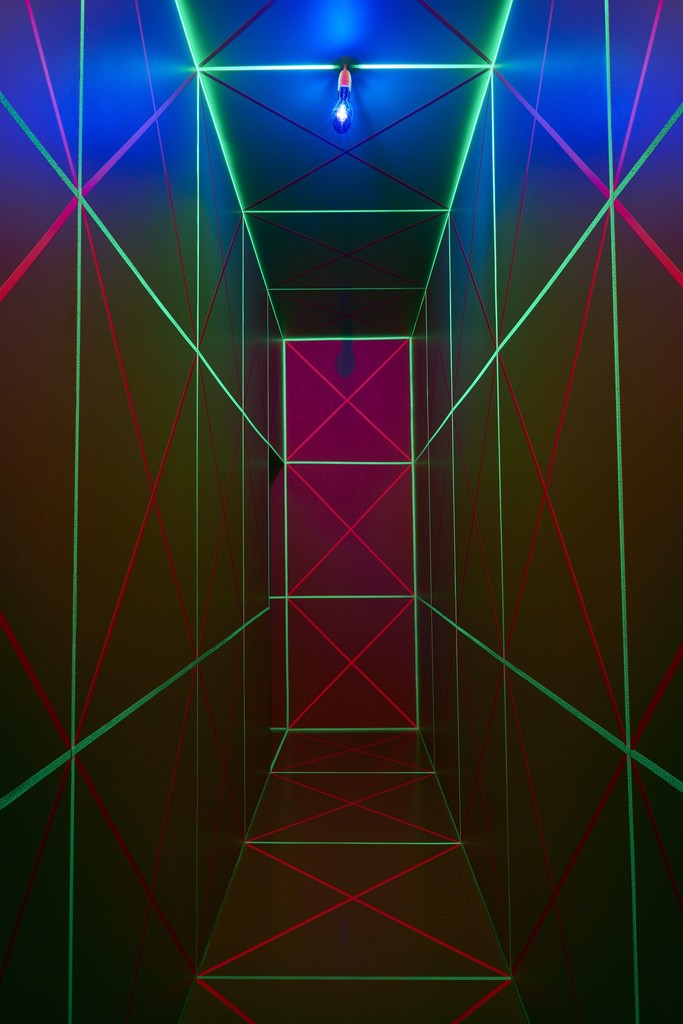 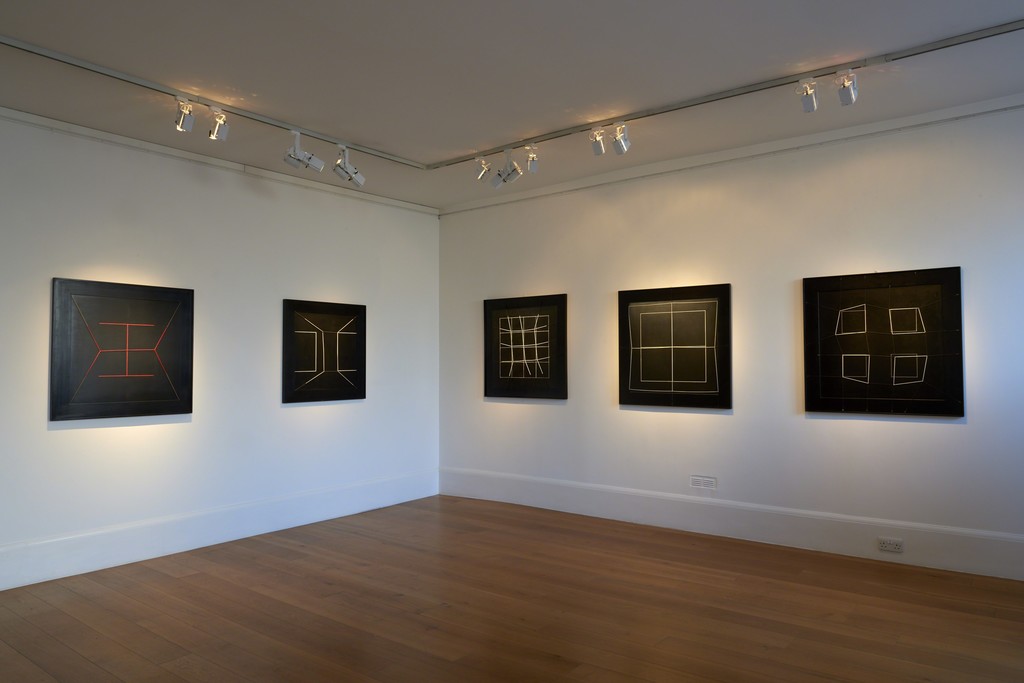 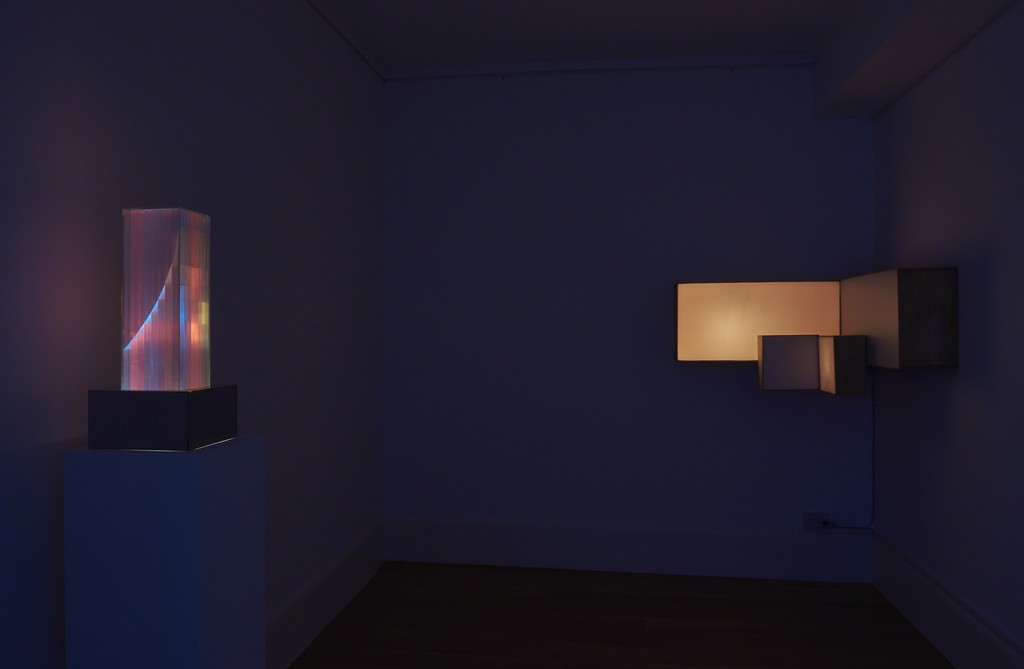 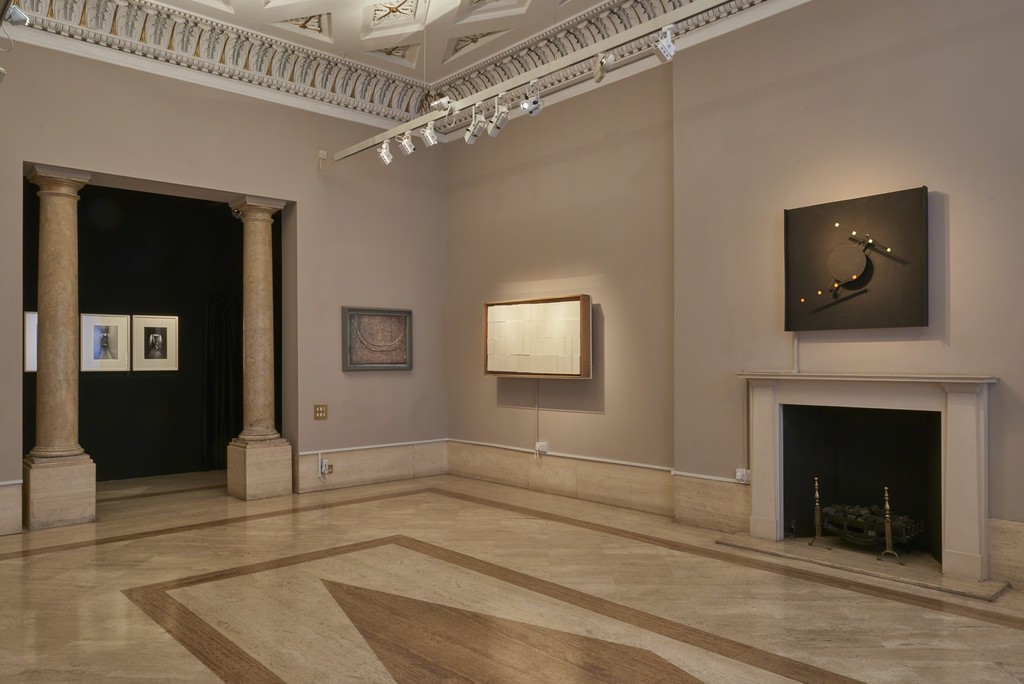 In October ROBILANT+VOENA will present the first solo exhibition of Gianni Colombo in the UK, organised with the Archivio Gianni Colombo. Curated by Francesca Pola and Marco Scotini, the show will celebrate the work of Colombo during the1960s and 1970s: the first two crucial creative decades of his activity, which saw his affirmation as one of the pioneers of contemporary environmental practices and installations.

Colombo’s revolutionary work first developed in Post-war Milan, an international and vibrant artistic context, enriched by the significant presence of Lucio Fontana and of experimental artists from the new Italian generation, such as those around the Azimuth/Azimut gallery and magazine (Piero Manzoni, Enrico Castellani, Agostino Bonalumi, Dadamaino, Paolo Scheggi). His art is connected to the birth of what Bruno Munari and Umberto Eco defined as “Arte programmata” (Programmed Art), and to parallel kinetic and immersive creative investigations of international artists such as Lygia Clark, Julio Le Parc, David Medalla, François Morellet, Helio Oiticica, Jesús-Rafael Soto, Jean Tinguely, and others related to the international ZERO movement.

More than fifty years after Colombo’s participation in seminal UK shows, such as ‘Art in Motion – the Random and the Planned’ in 1964 at the Royal College of Art and ‘In Motion. An Arts Council exhibition of kinetic art’ in 1966, the first twenty years of his career will be presented in this, his first solo exhibition in London. The chronology of the exhibition is related to key moments in Colombo’s artistic course: it spans from 1959, the year he co-founded Gruppo T and first exhibited his work in the international context of the Galleria Azimut, to 1980, when he realized his first London environment, Topoestesia, 8 situazioni entrexit (Topoesthesia – 8 Entrexit Situations) for the exhibition ‘Pier + Ocean. Construction in the Art of the Seventies’ at Hayward Gallery, whose original maquette will be on display at Robilant+Voena.

Colombo’s practice aimed at overcoming the traditional notion of art as an object to contemplate, in order to create work that requires the active involvement of the viewer. From his tactile pieces and works in motion of the late 1950s, to his immersive light installations of the 1960, into his mature large-scale environments, he conceived art as the place for an experience, which belongs to both the body and the mind. His investigation of space is led by this idea of changing the spectator’s conventional relationship with reality, both physically and psychically, encompassing also a broad dialogue with technology and architecture. Colombo’s space is a space experienced in a total way, anticipating issues of perceptual and immersive researches and audience participation that are still - important in the art of today.

The exhibition will bring together pivotal examples of Colombo’s work in investigating the body and the space: from early experiments in ceramic and felt, to pieces in motion such as Strutturazione pulsante (Pulsating Structuralisation), Strutturazione fluida (Fluid Structuralisation), Strutturazione acentrica (Acentric Structuralisation), Roto-Optic, to light-based pieces from the 1960s and 1970s. A specific focus is devoted to the seminal cycle Spazio elastico (Elastic Space), originated by his crucial 1967 environment realized for the exhibition ‘Trigon 67’ in Graz, which also was awarded a prize at the Venice Biennale in 1968. Colombo always considered Spazio elastico one of his greatest achievements, as is proved by the multiplicity of materials, configurations and perceptual challenges he solved within it, and exemplified by the variety of different works on display in London.

The highlight of the exhibition is one of Colombo’s largest and most important environments: Topoestesia – tre zone contigue (itinerario programmato) (Topoesthesia – three contiguous zones [programmed itinerary]), 1965-1970. The environment was first realized and shown in the exhibition ‘Vitalità del negativo nell’arte italiana 1960/1970’ at Palazzo delle Esposizioni in Rome (1970), where it became the subject of wonderful photographs by Ugo Mulas, some of which will be included in the Robilant+Voena exhibition. It is composed by three immersive subsequent spaces, featuring progressive topological deformation and rhythmic illuminations: visitors are invited to enter the work and, in walking through it, to experience a series of unconventional relationships with space and time. This will be the first time this seminal work will be presented outside of Italy.

This selection of about 30 works, including some unpublished and never before exhibited pieces from Italian private collections, will be the core of the exhibition, together with some rare drawings and documents, and will be completed by Colombo’s only video art work, realized in 1970 in collaboration with the Italian conceptual artist Vincenzo Agnetti: Vobulazione e bieloquenza neg (Wobulation and Bieloquence Neg). In demonstrating the outstanding wealth of his creative output, the show will reaffirm the role played by Colombo in the development of modern and contemporary art internationally.

The exhibition will be accompanied by a 260 page book, written and edited by Francesca Pola and Marco Scotini and including an essay by Guy Brett, published by Marsilio Editore. Based on extensive studies of Colombo’s work, with over 190 images of paintings, historical photos and documents, it will include a selection of artist’s writings from the period and an iconographic mapping of selected works in museums around the world.

GIANNI COLOMBO (Milan 1937 – 1993)
In the Milan of 1959, during the midst of a Europe-wide wave of artistic fervour, Colombo founded Gruppo T with Giovanni Anceschi, Davide Boriani, Gabriele De Vecchi and later Grazia Varisco, and exhibited at Galleria Azimut. The idea of works that the viewer can directly interact with, realized in various and experimental materials, was from this point onwards to be his recurrent theme, both in his object pieces and in the more than sixty environments he realized, which questioned the visitor’s behavioural and sensory perceptions. It was during the 1960s and 1970s that Colombo’s popularity and success flourished, exhibiting in an increasing number of shows both in Italy and abroad. He was also present at various occasions at the Venice Biennale, where in 1968 he was awarded a special prize for his environment Spazio elastico (Elastic Space).
His work is represented in important public collections, such as Galleria Nazionale d’Arte Moderna (Rome), MART Museo di Arte Moderna e Contemporanea (Trento e Rovereto), Museo del Novecento and Collezione Intesa Sanpaolo, Gallerie d’Italia – Piazza Scala (Milan), Castello di Rivoli Museo d’Arte Contemporanea (Rivoli, Turin), Museo Cantonale d’Arte (Lugano), Muzej Suvremene Umjetnosti (Zagreb), Neue Galerie Graz am Landesmuseum Joanneum (Graz), Hilti Art Foundation (Schaan), MoMA The Museum of Modern Art (New York), and others.

ROBILANT+VOENA
Located at three galleries across London, Milan and St. Moritz, ROBILANT+VOENA have been working within the Italian post-war and modern art field for the past 6 years, staging acclaimed exhibitions such as ‘The Gallant Apparel: Italian Art and the Modern’, 2010, ‘Giorgio Morandi: Still Life’, 2011, ‘White: Marble and Paint’, 2012, ‘Agostino Bonalumi: All the Shapes of Space 1959-1976’, 2013, ‘Paolo Scheggi’, 2014, and ‘Mimmo Rotella’, 2015.