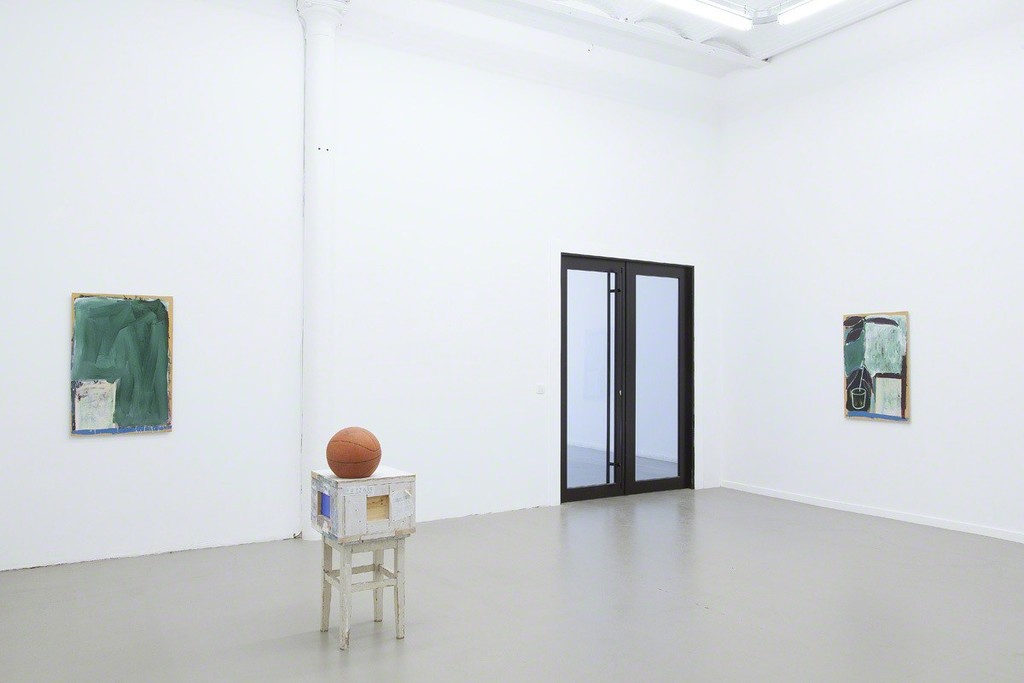 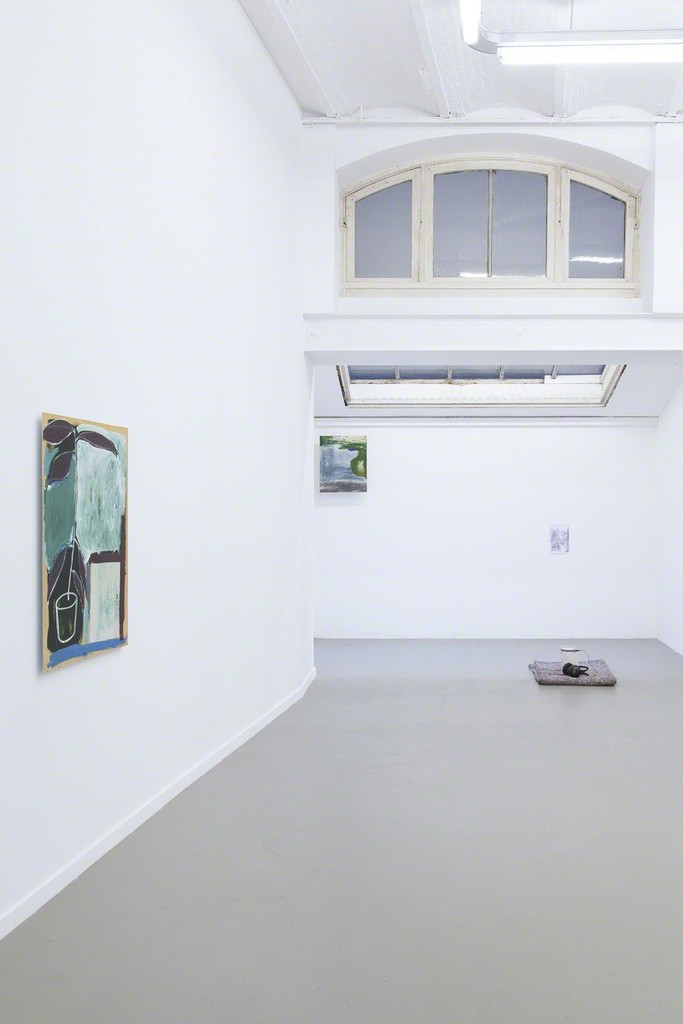 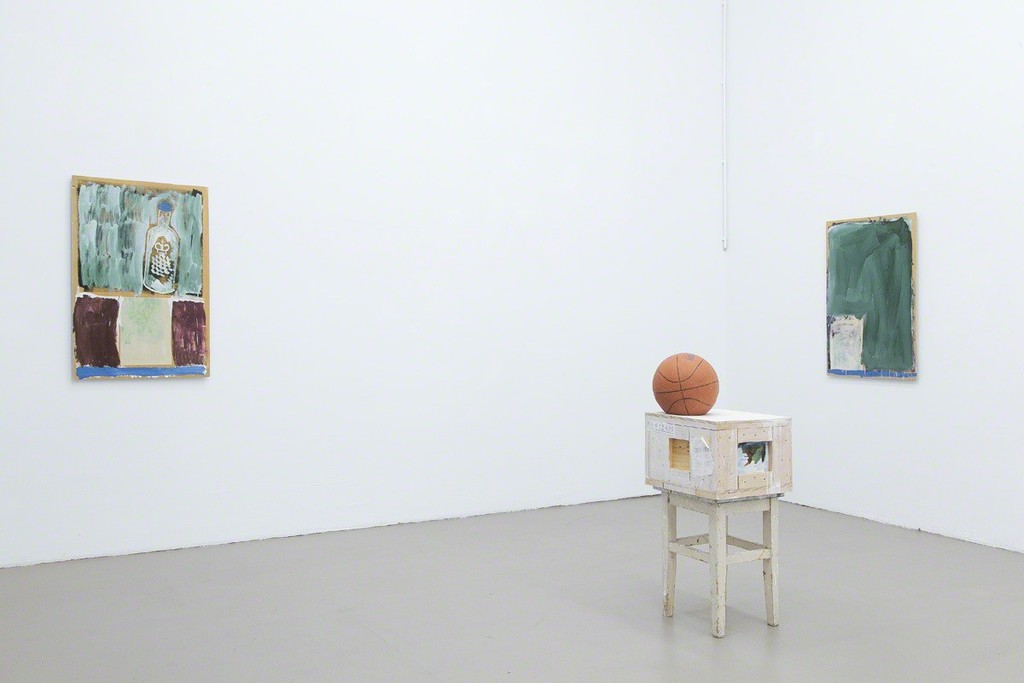 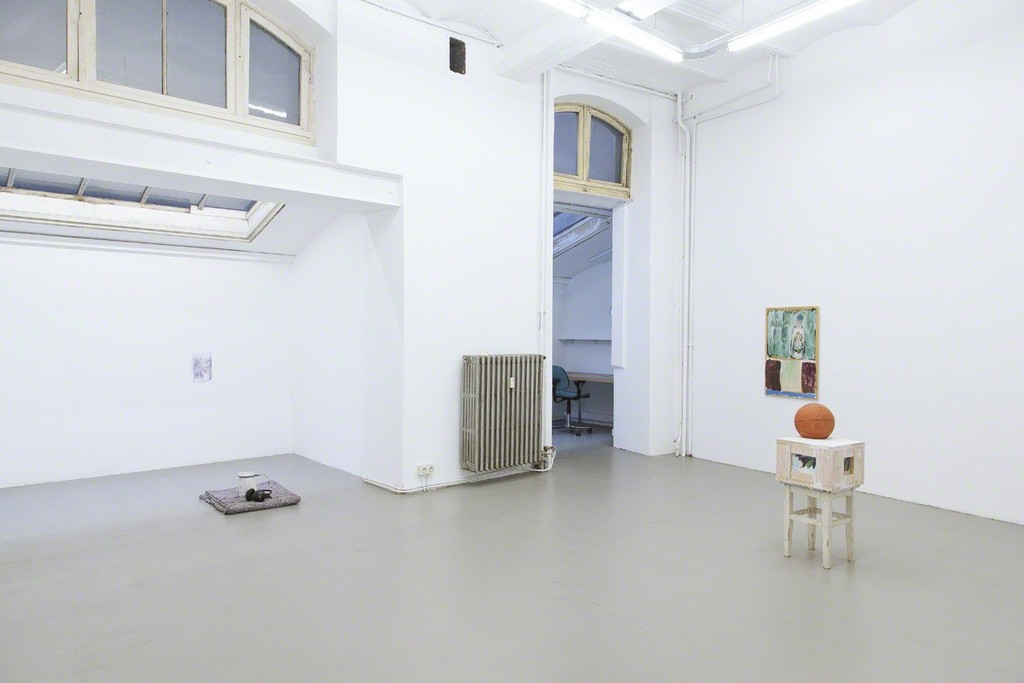 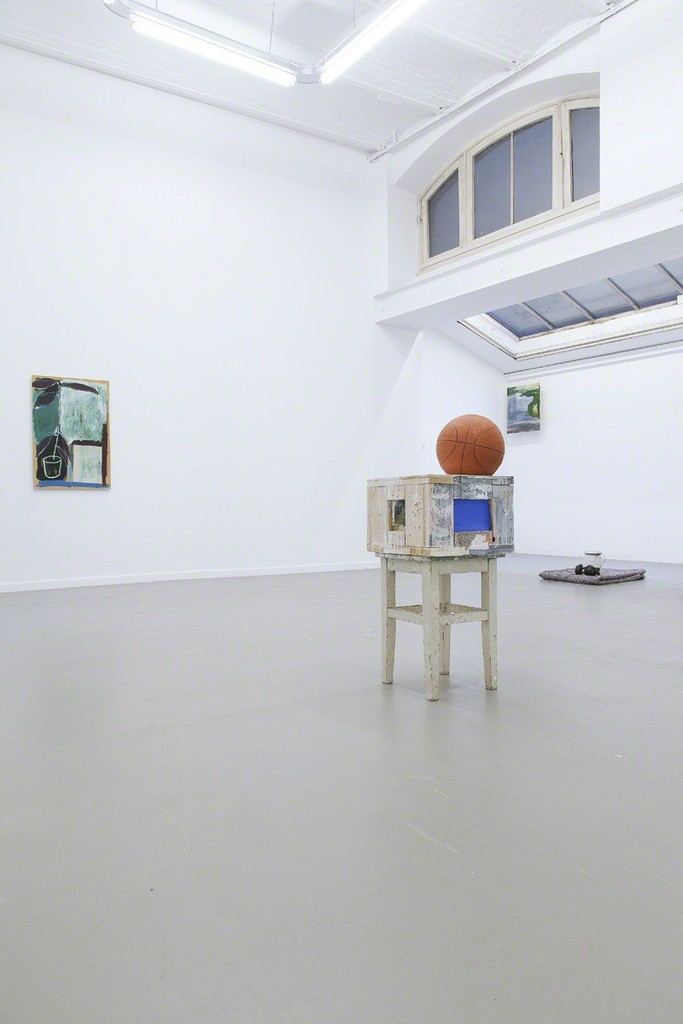 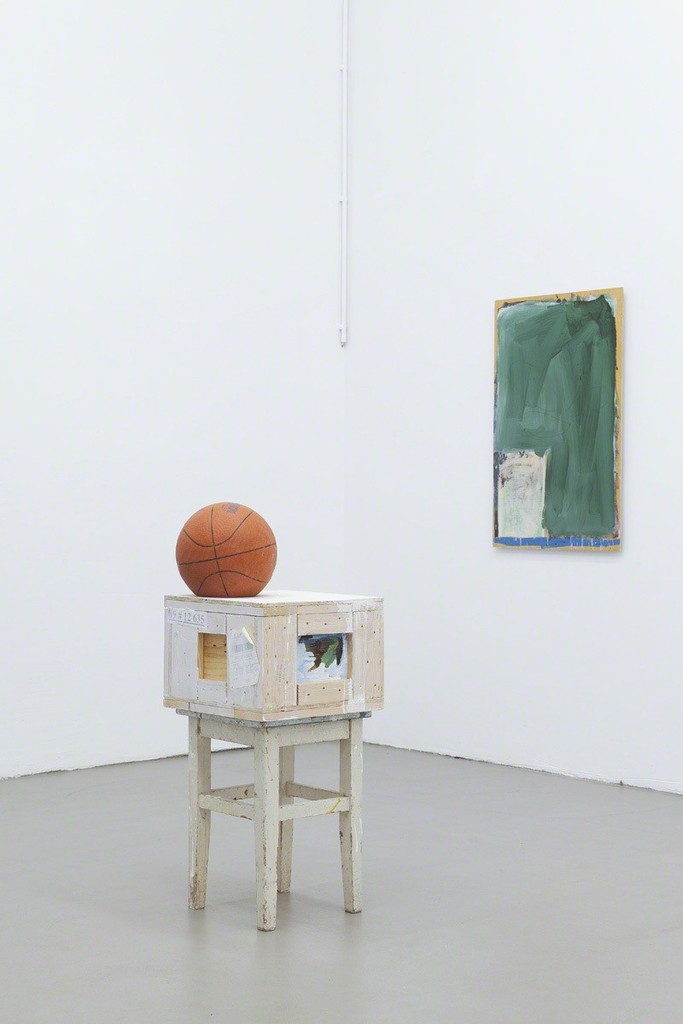 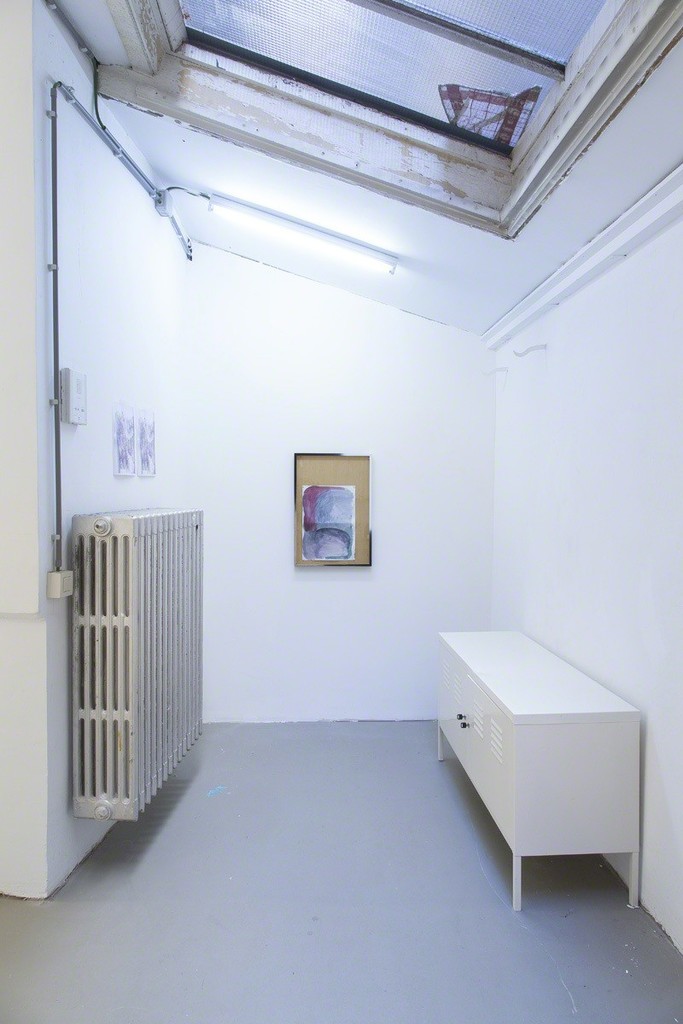 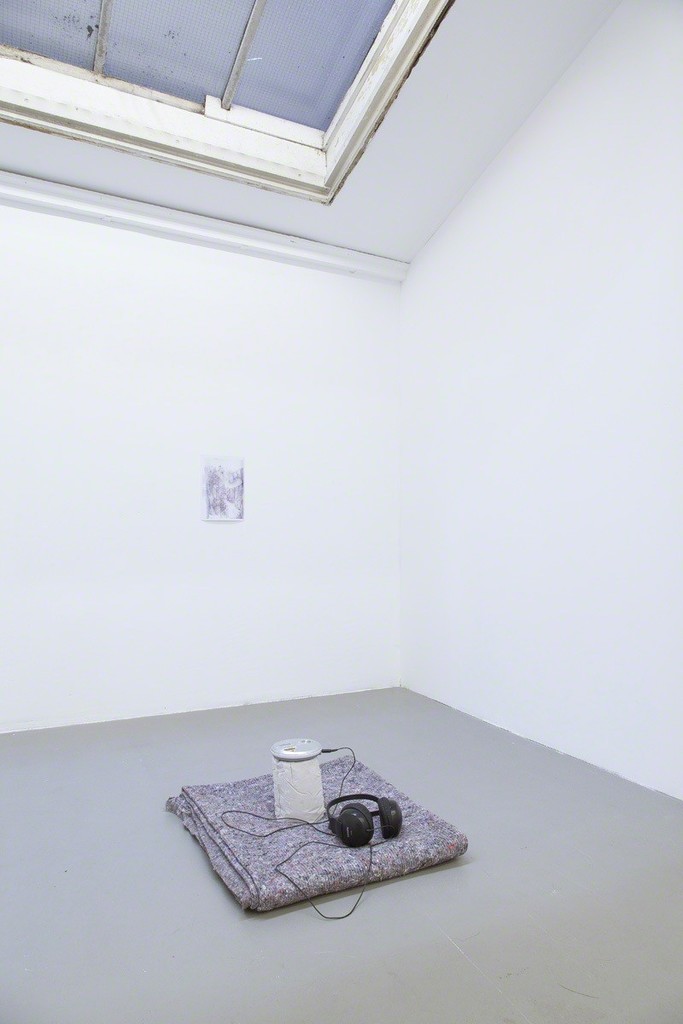 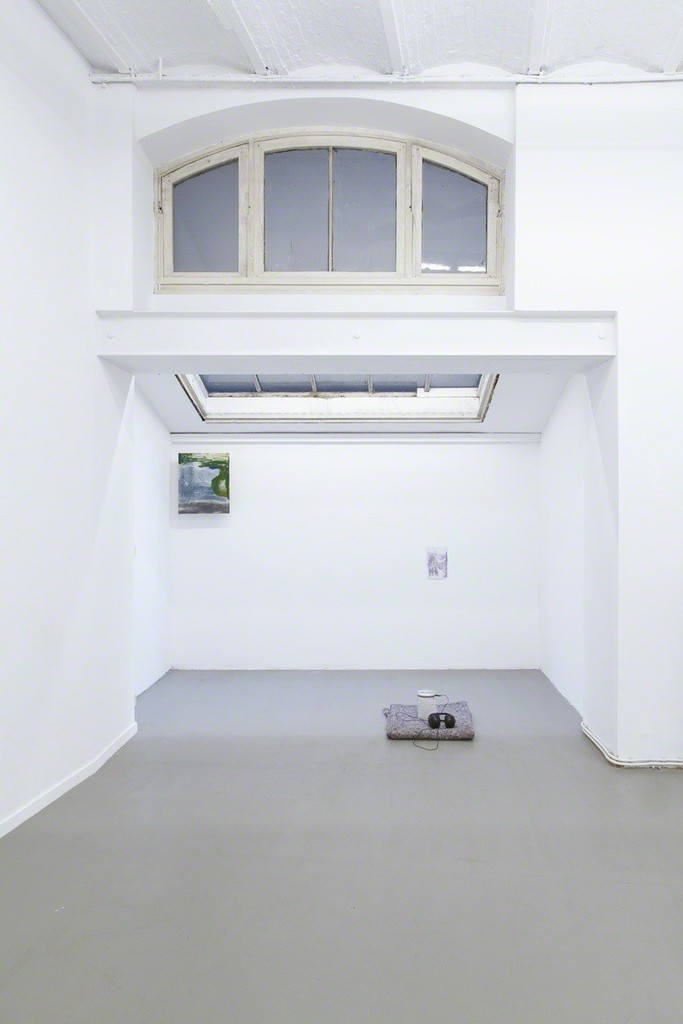 Rod Barton is delighted to announce the second exhibition by Kenneth Alme, his first in the Brussels space. The opening coincides with 'Brussels Gallery Weekend’.

A specific text has been commissioned for this exhibition, written by Kristian Skylstad

And There Are Oceans

"I want to write about nothing", Marguerite Duras wrote at the end of her long and eventful life. I believe, no I'm actually totally convinced, any artist with strength, ambition and a trace of genius would change out write with paint; "I want to make paintings about nothing." Taste it. It tastes bitter sweet, like a dull sunset, like wind flowing through the dying and red vegetation of the of a southern landscape of Europe at Autumn. The change of seasons are abstract, the grid concrete, but Fall will drip colors like drops of paint on a canvas. It's out of our control, like abstract paintings ideally and potentially always were, and always will be. Hopefully.

How can you paint nothing? To write about nothing is easy, though demands labor, you simply write about everything, without focus. One could claim that filling the canvas, feeding it, making it so dense it almost fades to black, that this would be painting nothing. But the opposite is the fact. To paint nothing is to stand on the border of nothingness, the elegant strokes of RGB or CMYK hinting not towards a filled canvas, but an empty one.

What is strange is also very appealing. Our relationship to colors has turned digital, illuminated, with backlight, through LCD screens and billboards. Therefore the ink, paint or pigments covering a canvas brings something alien to mind, though nostalgic still. Remember that an empty digital canvas is black with hints of gray, the structure shiny, maybe with some scratches, depending how much you respect your own personal dream machine. All the billboards, LCDs and CRTs on the dumpyard, the technological churchyards of the world, they mutes us. Like elephant graveyards they encourage bitter silence, banal sadness. Heaps and heaps of usable though irrelevant and outdated technology, while the act of trashing or throwing away a canvas with paint on it is a sin, equivalent of burning a book, because they are a testament of our time. Everyone knows this. We take it for granted. The canvas retreats, describes at the purest level the numbness of this planet in our time, or future times, or both. The brilliant painting succeeds because it is infertile, it is the endpoint of an idea superior to words, and sometimes superior to worlds. Filling a canvas, more or less, is a meditative answer to the chaos of our world. And the answer is;

What an eccentric act painting is, and therein lies its appeal, its beauty and its autonomy. The painting has a world inside of it. The history of the planet is written in each and any painting, good or bad, because the first human creative act without specific goals connected to physical needs derives from the instinct of filling a canvas, the canvas being a cave or a page in a notebook. One original page from Rimbauds original script of Illuminations is worth as much or more than any Picasso, because it’s rarer, but also because it’s abstract, completely opaque to me, not understanding the language. Painting is not a language. It has millions of languages within it. I praise the pen touching the yellow and uneven paper. Because I know it's poetry at its purest state, painting with words, and therein a painting, integrating language, which is my crutch.

Symbols, oh symbols. The semiotic obsession is in our way, my friend.

Now even the greatest writers, photographers and filmmakers has turned away from the physicality of their occupation, their media. Tillmans has turned to Canon, this banal company of mediocrity, which makes no blushes no more. Stephen Shore recently applied a machine gun more than a camera into his practice, speed is the key, moving swiftly away from the negative emulsion, which is the canvas of photography. There is always the potential of immediate censorship through technology, which there never is (not in an easy way) in painting, nor sculpture. Thinking about the blushes by Tillmans the work of Kenneth Alme immediately comes to mind. They have the same notion of fluke, but a fluke which sticks, which makes us aware of how momentary reality is. To meditate the immediate. There is a respect for the fragile passage of time in both artists, a sensitivity for weakness, the brave confrontation of fate. Therein lies the poetry of the material, because the end result is a middle state. How these thoughts fills me with a fleeting woe which ironically soothes me. It soothes me like Goodbye to Language by Jean-Luc Godard, which exposes the pure fabric of cinema and video, and thereby shows its fragility, which leads to its endpoint. Painting is a goodbye to language. The endpoint is nothingness, the state where you might as well not do, which is the opposite of art. The word art means "to be able to do". One can also be able to, and great at doing, nothing. The ideal place and the optimal state is close to nothing, on the border of things, the edge. Look down:

He said this in connection to The Animal. Because each animal constitutes a world, if it's not domesticated. A painter should be very weary of being domesticated, of being commodified, therein lies the death of art, because art is not art when it's instrumental, and neither is poetry. Painting is poetry. Painting is poetry without words. Who praises an advertising jingle, or even something akin to it? I claim the latest films by Godard functions like paintings, each scene a stroke, layers on layers, the impression is the conclusion. Here Godard meets Alme. They stand hand in hand facing a fragmented reality, on the edge, transforming it into less than it is, thereby tearing it apart. It's up to you to puzzle. Alme is closer to him or Tillmans or Rimbaud than he'll ever be to Rothko, and thus far away from depression. Because they, Kenneth, Jean-Luc, Wolfgang and for example... Claude (yes, I'm talking about Debussy) they all take the side of the sublime energy, however weak that spark of energy is, instead of the YUGE manifestation. The world is done with the masculine mega monster, the growling gorilla, the blockbuster. It only points towards itself, which is not nothingness, but death. To say no is to whisper. Kenneth Almes strokes of paint is like Thom Yorke howling or more meowing at the end of All I Need;

Though my ears hear:

Which means something, everything, nothing.

You don't listen to the lyrics in that passage, you listen to the sound of the howl, the fragmented voice falling apart, though still keeping everything intact, which is abstraction. And everything is right when it's all wrong. Everything is wrong when it's all too right. Everything turns into nothing. Nothing becomes everything. And when we're weak we're strong. We blush, even though we're not ashamed, even though anxiety is written into our DNA, we break free from it, through strokes, through light and through content, whatever form it takes. From there reality meets fragility.