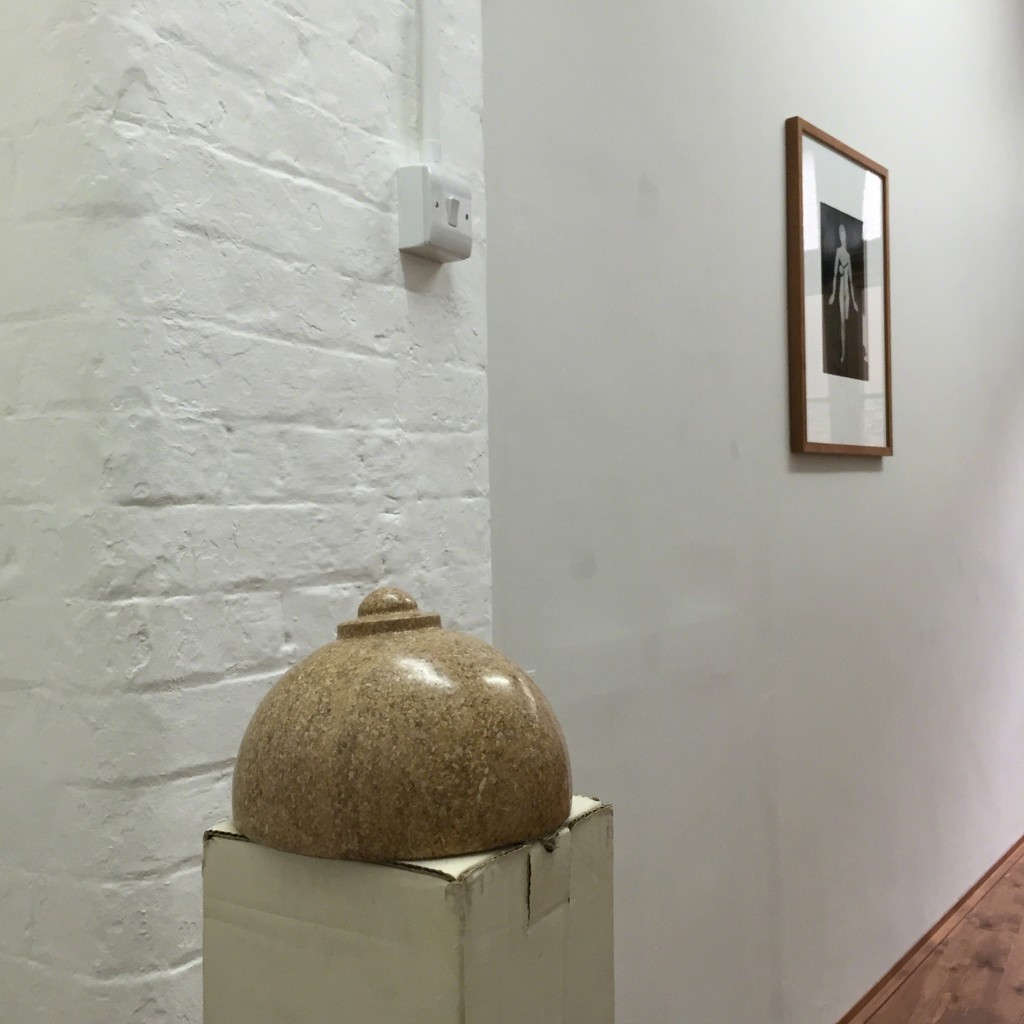 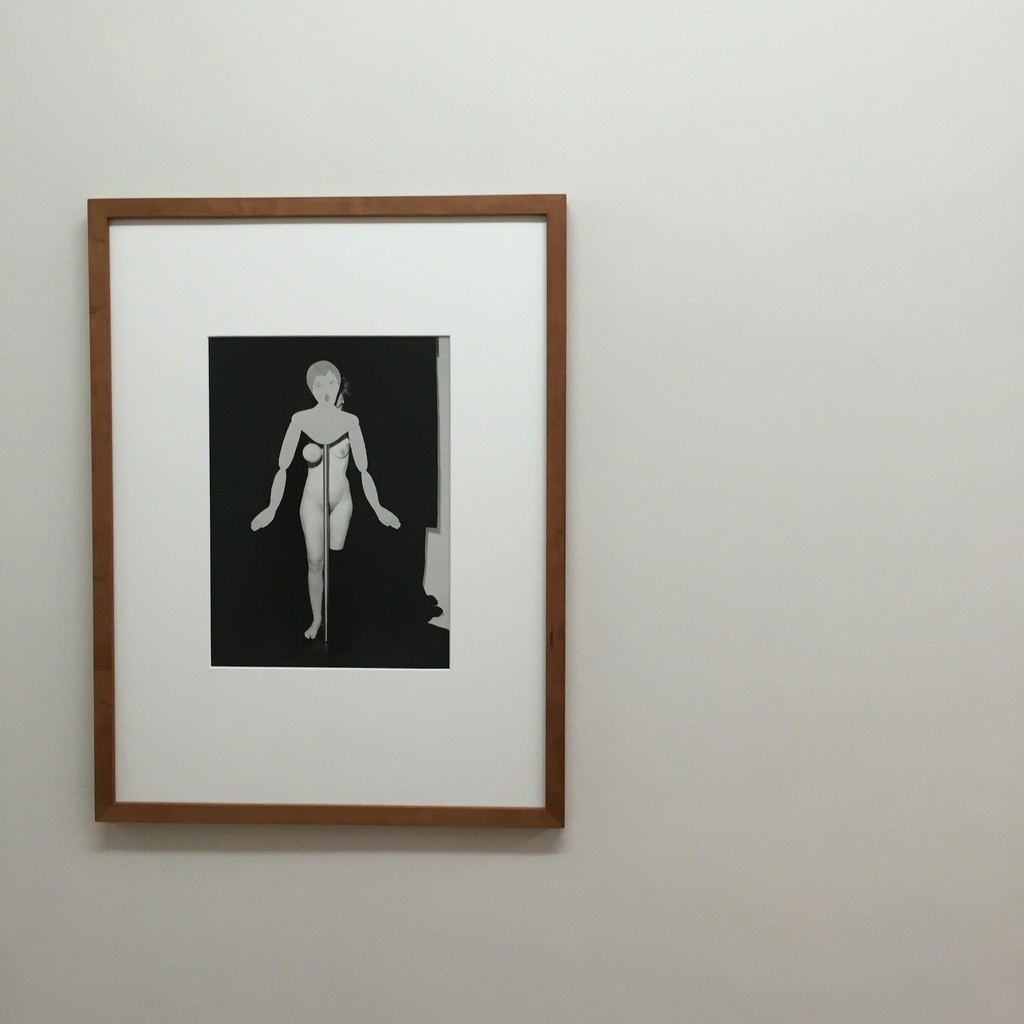 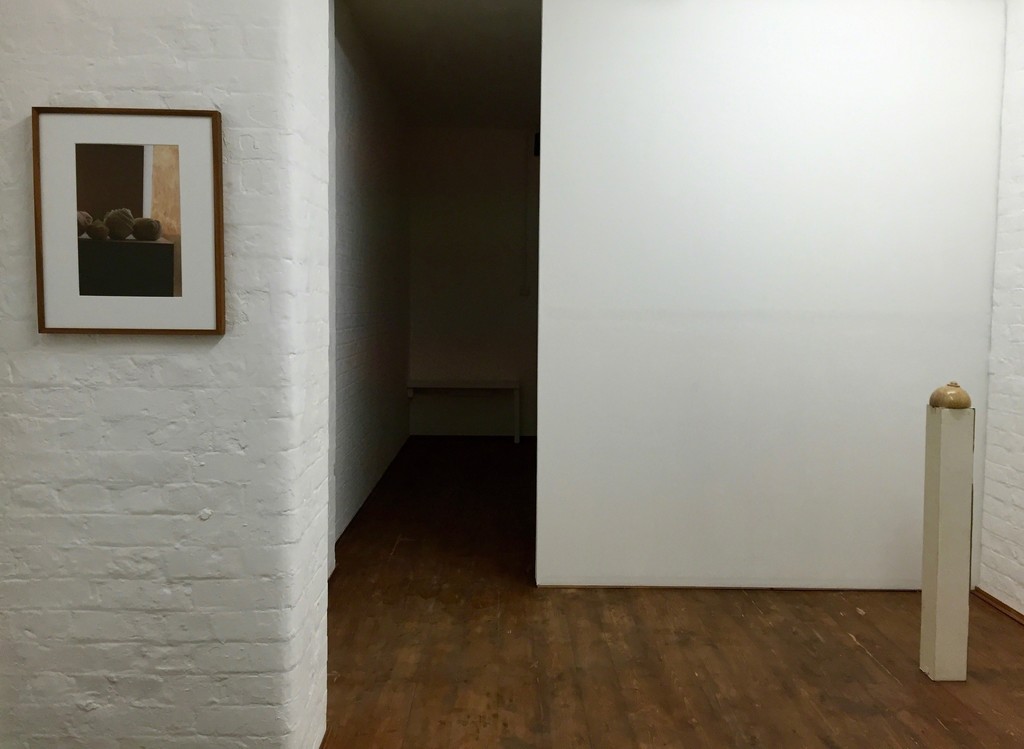 For her forthcoming exhibition at the gallery ROKEBY presents Bettina Buck’s as yet unseen video work, Another Interlude. The new work is a development of Interlude (2010), in which the viewer observes the artist drag a large foam block through a pastoral English landscape. In the new work the artist performs the equally incongruous task; the artist and another large foam block - again a similar scale to Buck - navigate the galleries of Galleria Nazionale d’arte Moderna, Rome and its collection of 19th and 20th century art. For Buck, this development represents a shift in context from exterior to interior, from landscape to architecture, from elemental to managed environment.

Alongside the video work is gelatin silver print of a restaged Man Ray photograph, The coat-stand (Porte manteau), 1920. Buck saw the original work at the GNAM (next to some Hans Bellmers) prior to her performance there. Staged in the artists studio - using materials found there and her own anonymous body - a version of the photograph makes a fleeting appearance in the video work. Alongside this is a small marble sculpture, which until recently was owned by the artist and housed in her studio; recalling a Classical female form it now sits upon a plinth within the gallery having being employed in the reenacted photograph.

Site specificity is never a strategy in Buck’s practice nor is it a form of critique, but rather a structural or contextual marker. The performative aspect of Buck’s practice is evident in the verbs and states used to articulate the work - press, fold, fall, proof, hang, interlude – and alludes to a history of artists who understood sculpture within a momentary register and who emphasised the processes that produced their work.

Through her practice Bettina Buck explores the rudimentary properties of sculpture – gravity, weight, surface, absence. The materials that she employs are commonplace, selected for their transient properties – foam, bronze, stone, concrete, cardboard. Often consisting of dependent or mutual relationships, whether that is the spectator, another artist, the surrounding space or other work, other binaries are also at play throughout Buck’s practice, such as natural and artificial, high and low, absence and presence, monstrous and idyllic.

Bettina Buck (born 1974, Cologne) studied at the Academy of Media Arts, Cologne before completing an MA in Fine Art at Goldsmiths College, London. Recent exhibitions include Tutta l’Italia è silenziosa (All of Italy is silent), curated by Davide Ferri and presented across foreign academies, international cultural institutions and embassies in Rome, To Continue. Notes towards A Sculpture Cycle at The Nomas Foundation in Rome and MOTOR: Bettina Buck invites Marie Lund, at Spacex, Exeter. Other recent institutional exhibitions include The Secret Life of Things, at Kai10, Dusseldorf, 2013 and A House of Leaves, The David Roberts Art Foundation, London, 2013.