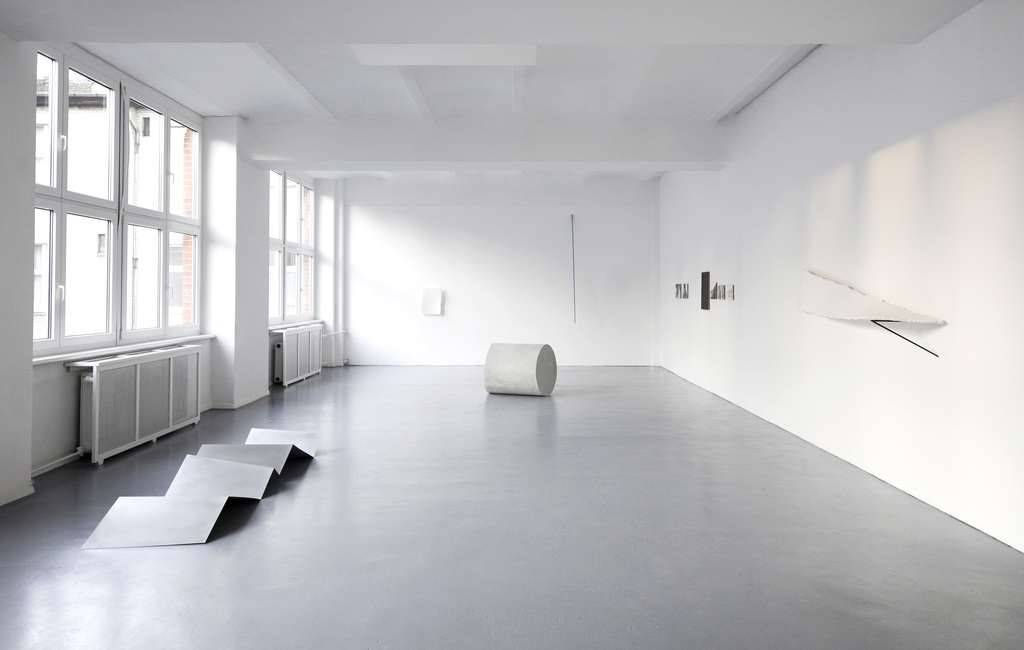 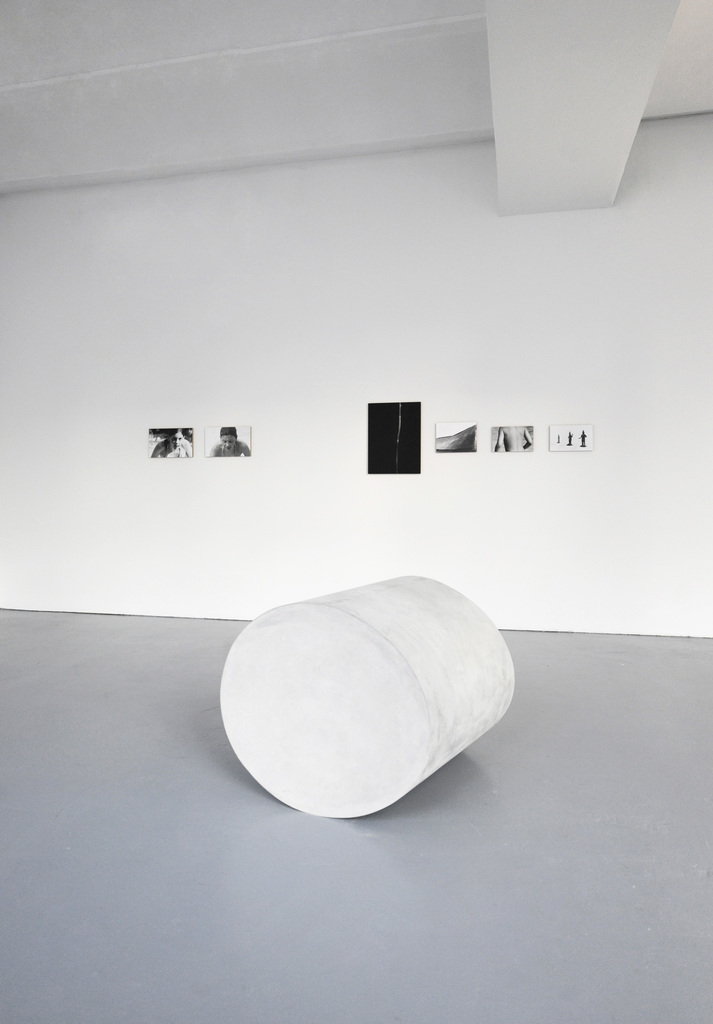 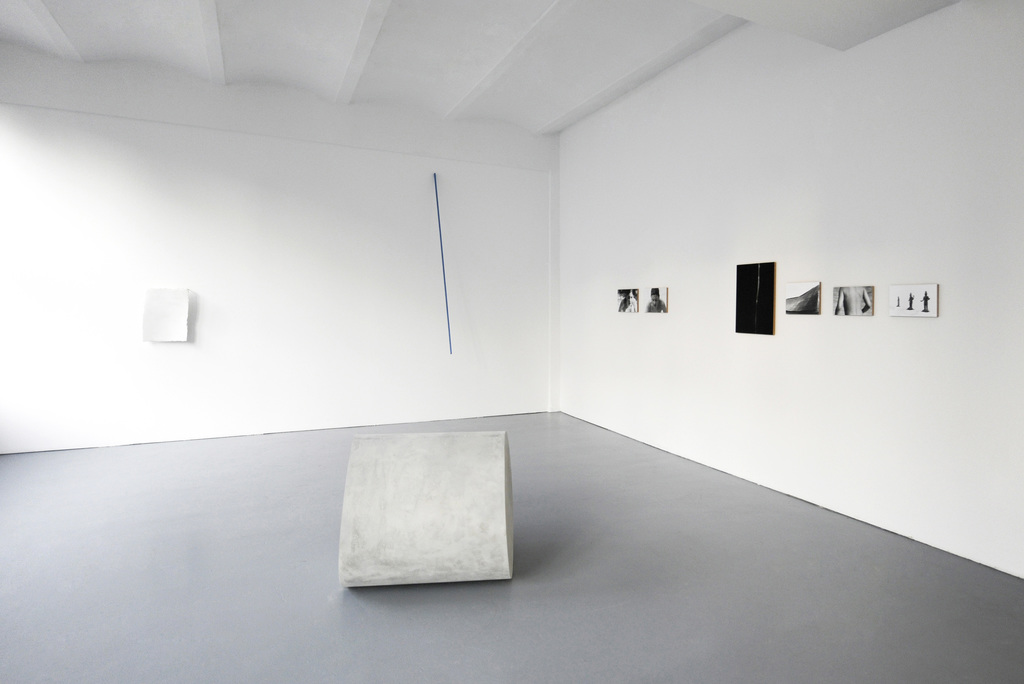 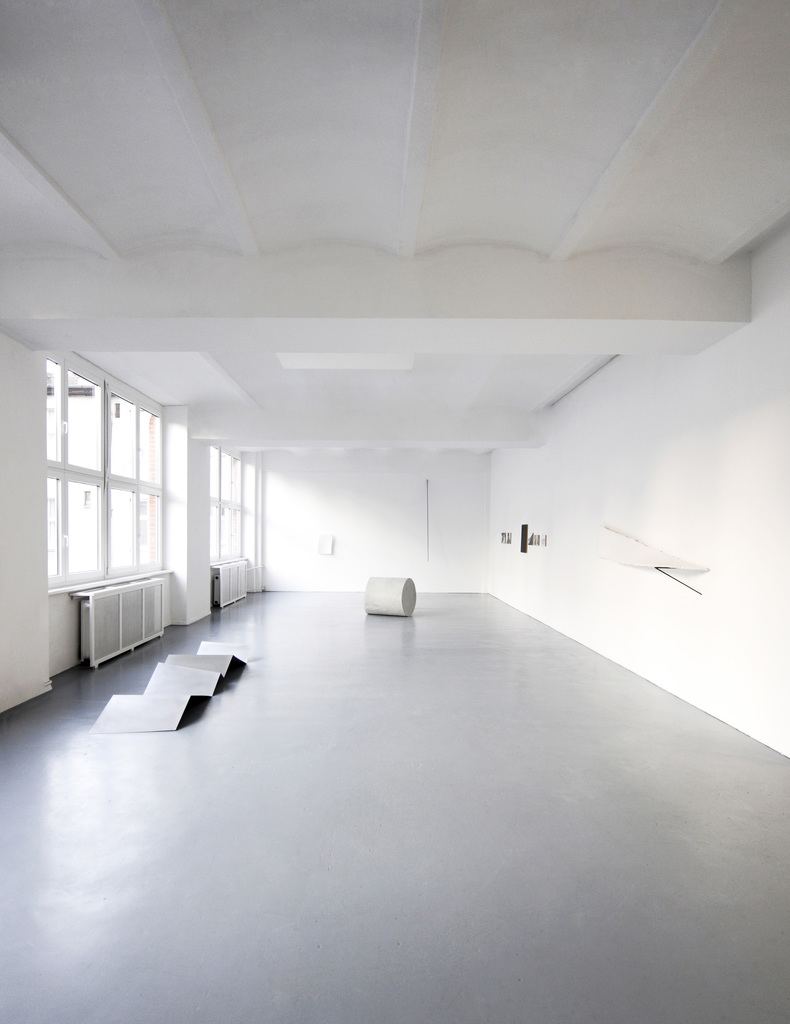 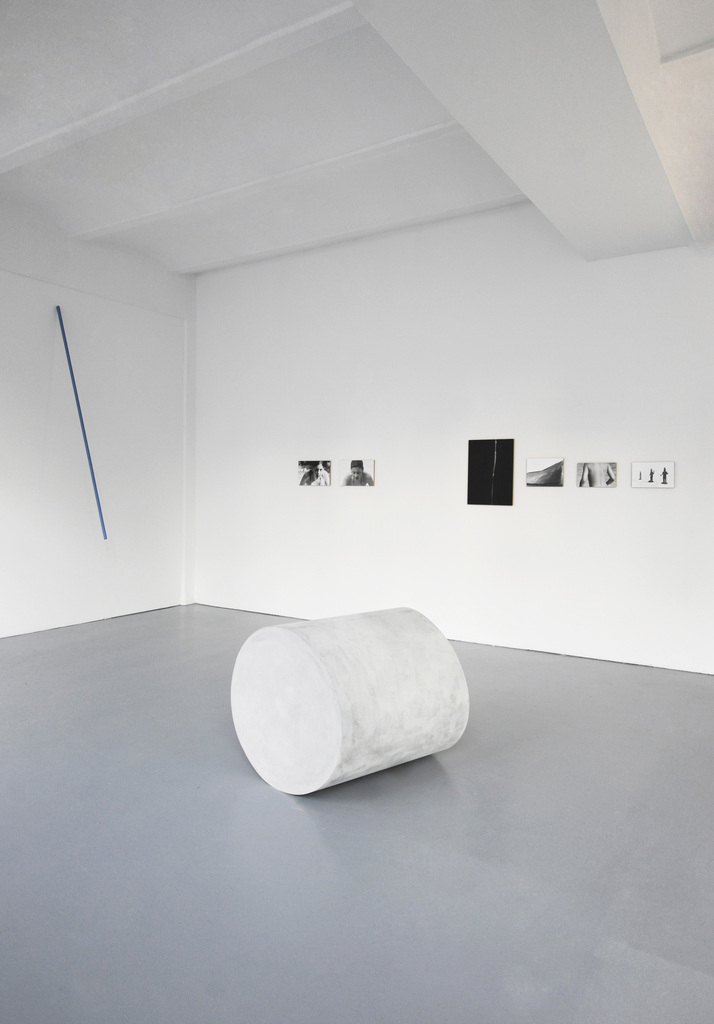 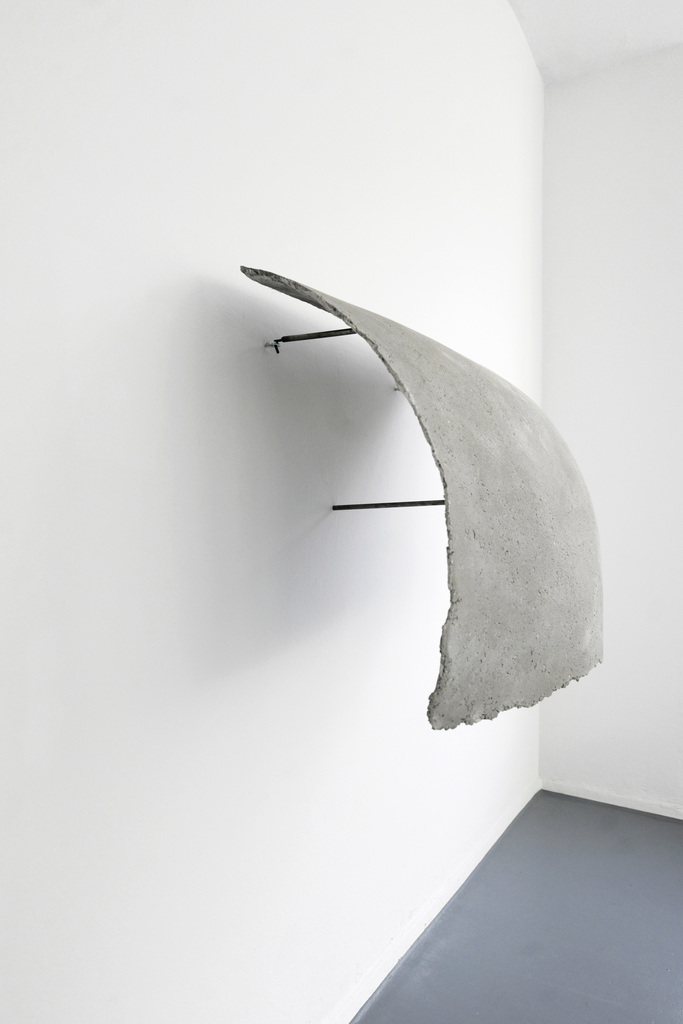 Galerie Rolando Anselmi is pleased to announce Immaterial, the first solo show by German artist Valerie Krause in the gallery space in Berlin. Through her sculptures and black and white photographs Krause creates special configuration and environments, which evoke ephemeral moments of movement, replacement and transition. Her sculptures adopt elementary forms: they are not strictly geometrical constructs, but shapes that seem to assume movement in space, accompanied by a gentle minimization of the forms and static liquidity. Space, movement, and movement in space are central themes in Krause’s artistic research. The emphasis of the movement confronts itself with static moments, symbols of peace and calmness, gestures of pause and hesitation, which are also present in her photography. The same dichotomy is found in the use of the materials, colours and in the layout of the works in space. Straight lines meet with openly formulated shapes, defined by twisting or little rotations. A long shaft made by brightly-blue painted wood spreads out from the wall, drawing a dry diagonal, bounding space, while in the middle of the room a trunkshaped sculpture imposes its bulkiness. The massive concrete piece strongly hinders with the light and wavy aluminium plate next to it. At some point the angularity begins to change, metal replace concrete, the forms become more open, direction changes. Immaterial (2013), work entitling the show, seems as made by a different material, light, fragile, about to start moving at any moment. It’s the immaterial embodied in the firmness of the physical that affects Krause and indicates the key to understand these idiosyncratic objects, in suspended balance, endeavouring to rise above their inner gravity effects. In Krause’s photography we find similar coordinates: the verticality of architectural lines in some of her previous works, alternates now with curves of light and shadows of moving subjects. Breaches of light, gaps and contrasts are once again key players of the artist’s narrative, showing sensitivity in solid materials that cannot go unnoticed.
BIOGRAPHY
Valerie Krause was born in Herdecke, Germany, in 1976. She graduated in 2007 at the Düsseldorf Academy with David Rabinowitch and Didier Vermeiren. She currently has a teaching assignment at the in Düsseldorf Academy. In 2008 she was awarded at Art Cologne (16th-20th April 2008) with the first “Audi Art Award for New Talent” which included the realization of a solo exhibition at the Cologne Artothek and the publication of an exhibition catalogue. Space, movement, and movement in space are central topics to her work both in her sculptures and photographs. Her work was exhibited in many international galleries such as Galerie Heinz Holtman, Cologne (2012); Galerie Greta Meert, Bruxelles (2011); Galerie K4, Munch (2008) and institution such as the Museum Kunstpalast, Düsseldorf in 2012, the bbb centre régional d’initiatives art contemporain Toulouse and the Martin Gropius Bau, Berlin in 2008.