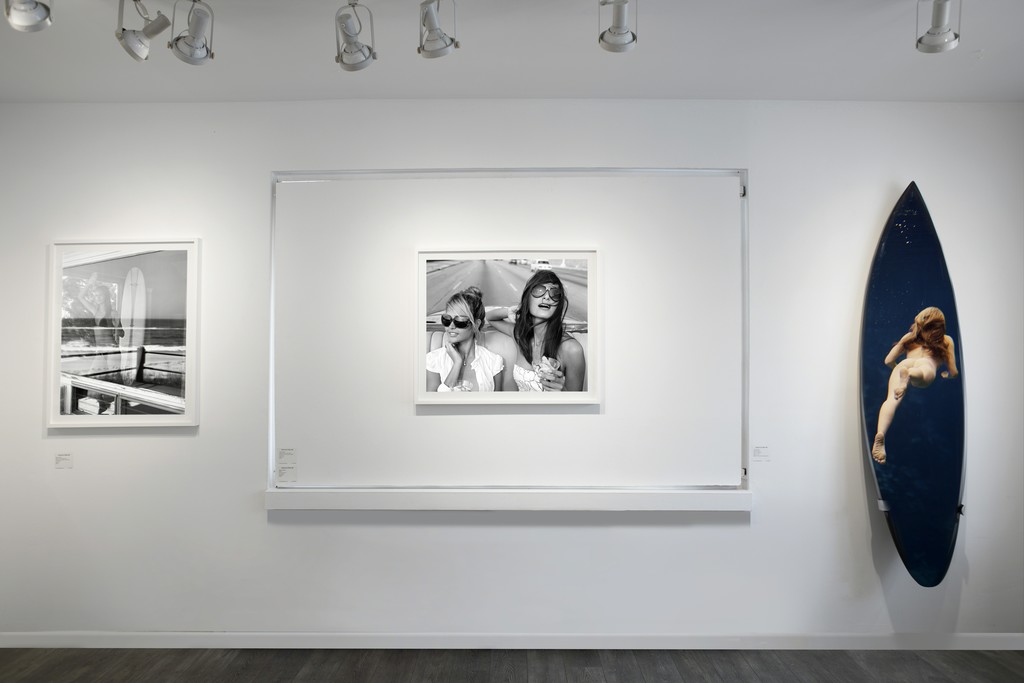 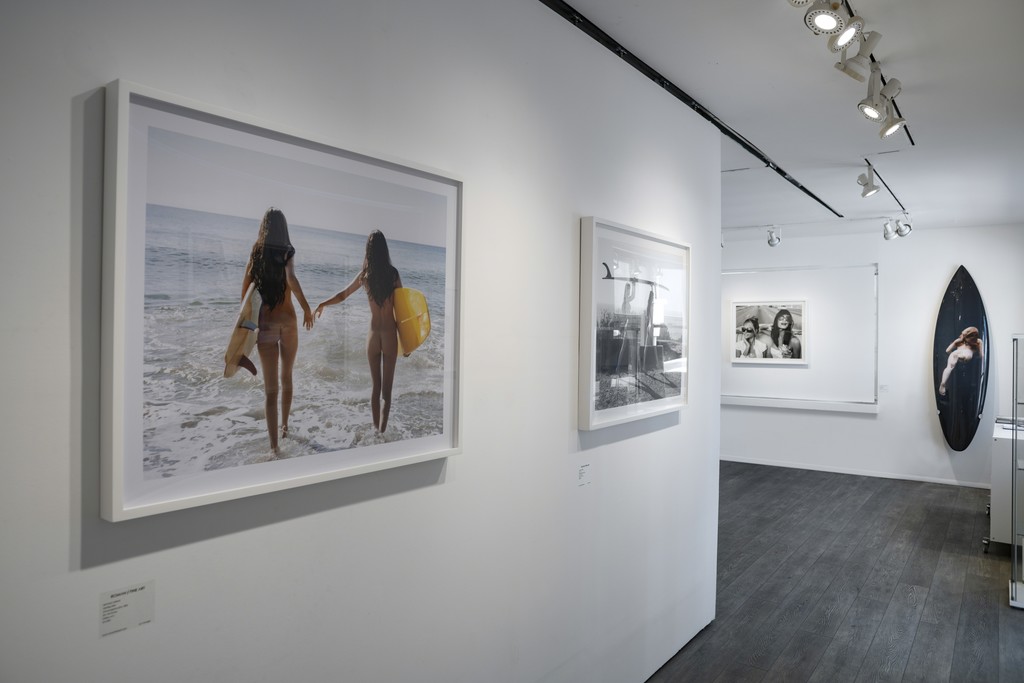 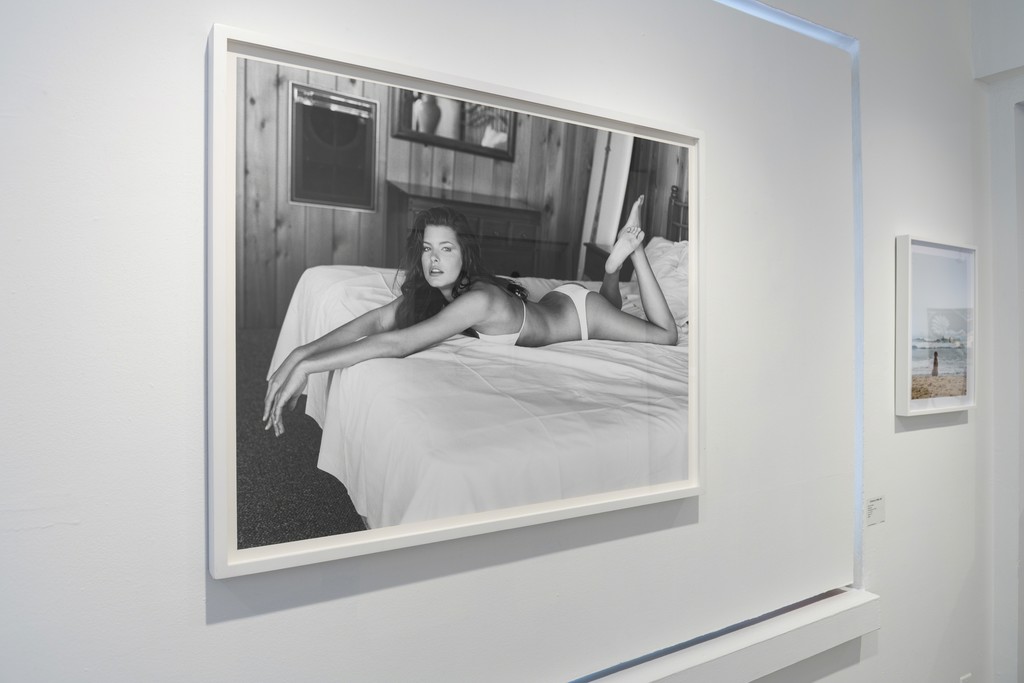 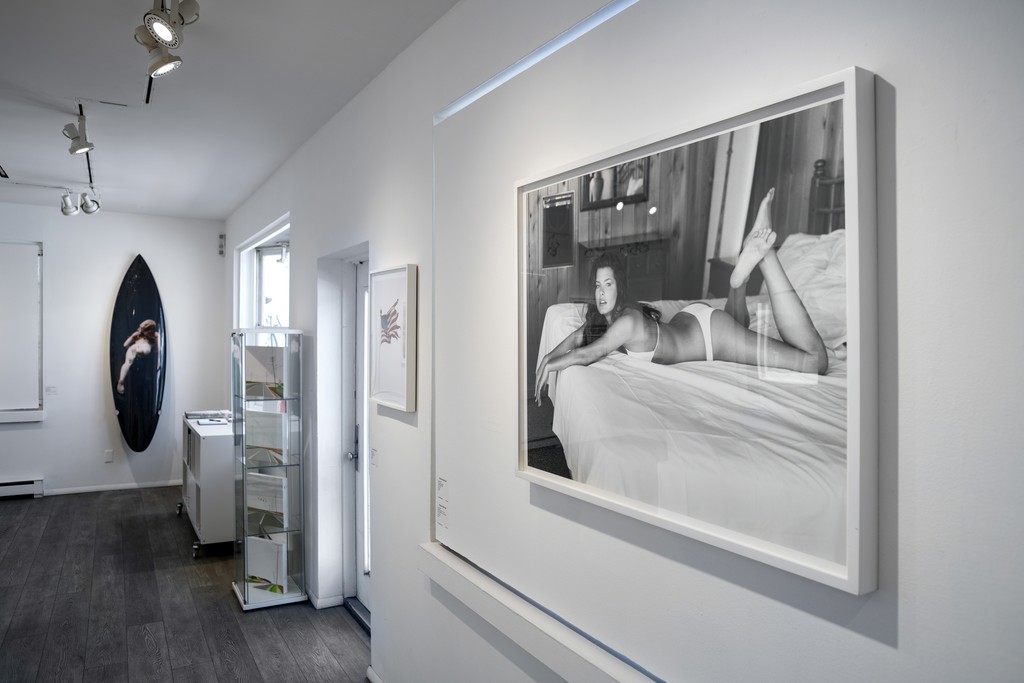 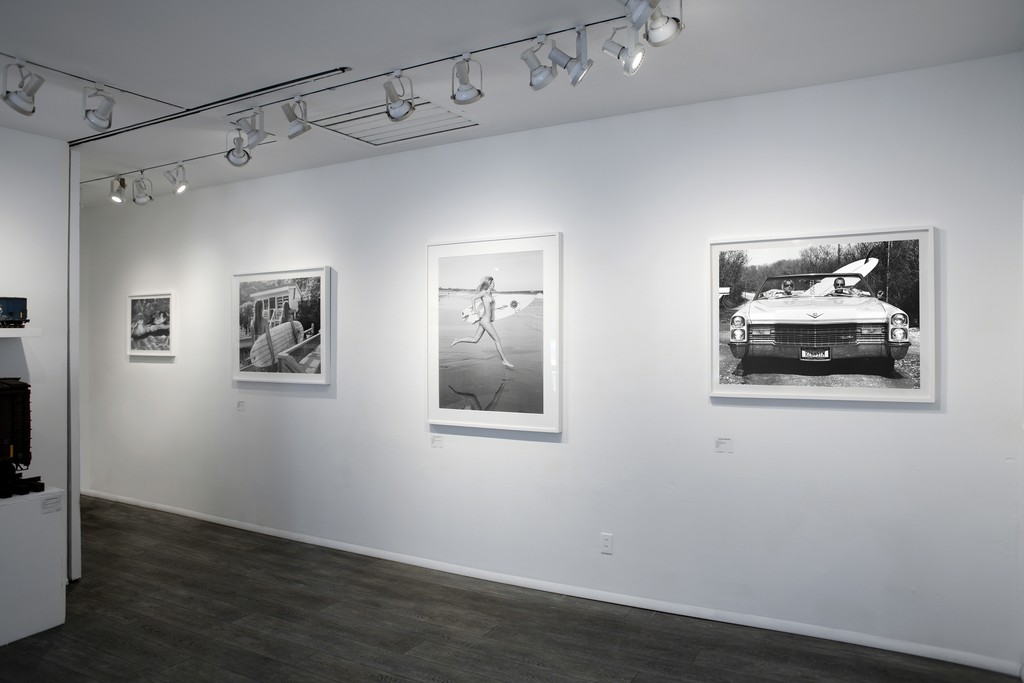 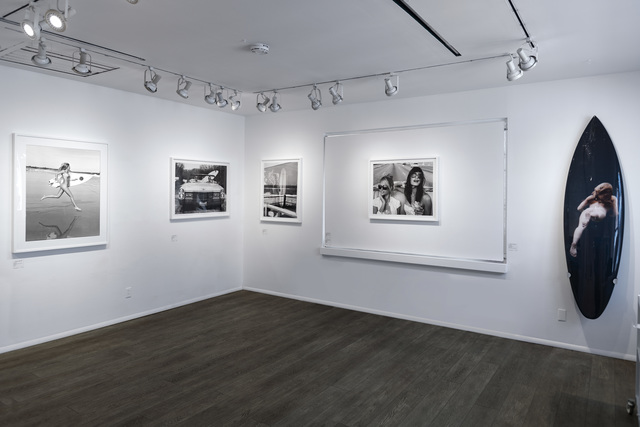 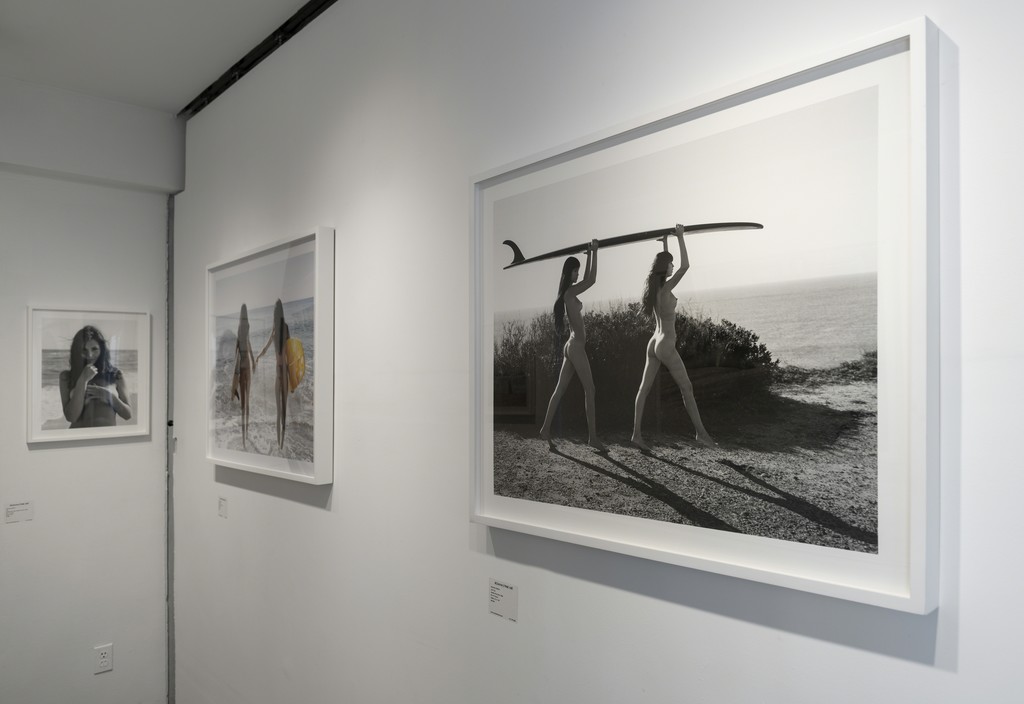 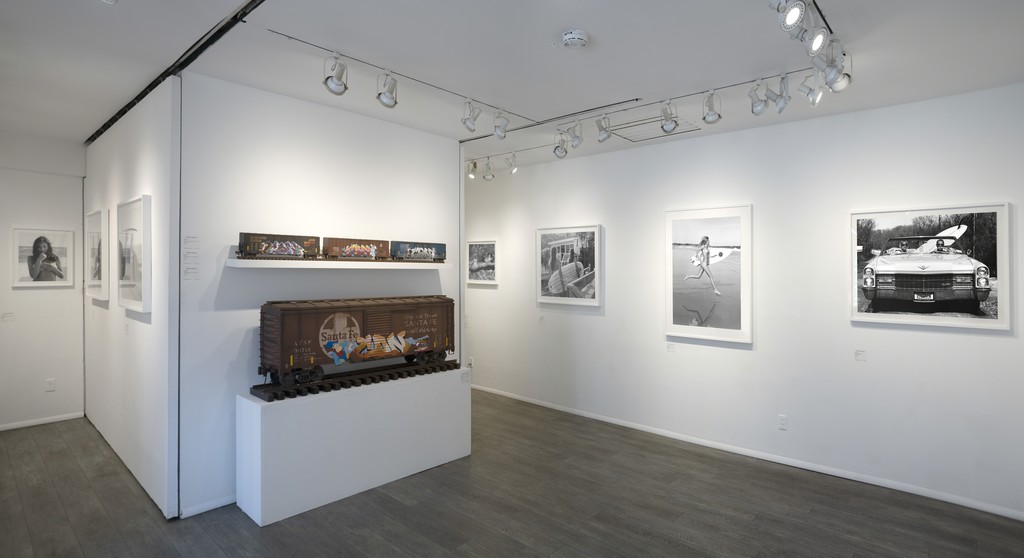 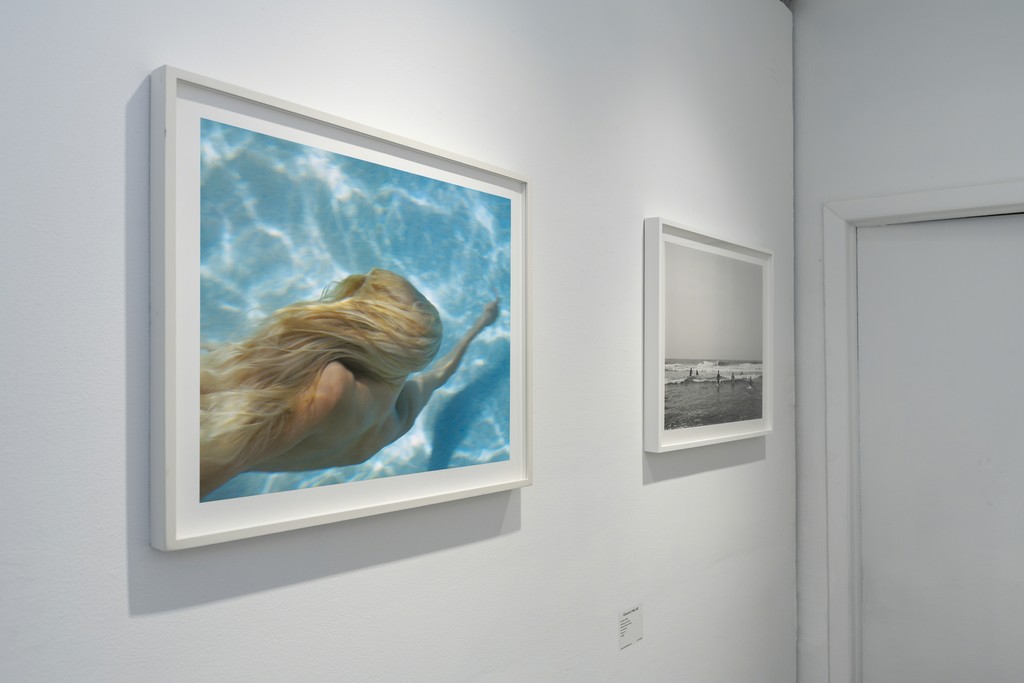 (East Hampton, NY, July 20, 2018) - Roman Fine Art is pleased to announce our first solo exhibition with renowned photographer Michael Dweck. Michael Dweck: Iconic Images, will include a carefully curated selection of Dweck’s best known works as well as a few new standouts from the newly released expansion of his blockbuster book, The End, Montauk, NY. The exhibit will also include photographs from Dweck’s other wildly successful books, Mermaids and Habana Libre. The exhibit opens Thursday, August 2nd and continues through Monday, August 26th. There will be a cocktail reception for the artist at Roman Fine Art Saturday, August 4th, 6-8pm.

The End, Montauk, NY: In the 1990s, photographer Michael Dweck rented a house on Ditch Plains beach (site of the best surf break) and struck up a friendship with one of the local surfers, eventually gaining unprecedented access to the insular local surf community. Dweck's photographic essay follows the surfers through their daily rituals, from early morning wave reports to evening bonfires on the beach, capturing their youthful hedonism. Through portraits, nudes, and photographs of the landscape, this book celebrates lives lived only to surf, and captures an endless summer of perfect weather and languorous beauty.

Habana Libre: A stunning contemporary exploration of the privileged class in a classless society: a secret life within Cuba. Michael Dweck's photographs are exhilarating, sensual and provocative, with a sexy and hypnotic visual rhythm. This is a face of Cuba never before photographed, never reported in Western media and never acknowledged openly within Cuba itself. It is a socially connected world of glamorous models and keenly observant artists, filmmakers, musicians and writers captured in an elaborate dance of survival and success. Here too are surprising interviews with sons of Fidel Castro and Che Guevara as well as many others who define the creative culture of Cuba and give it texture and substance. Habana Libre is not a media-fabricated Cuban postcard of crumbling mansions or old American cars, but a revealing and contemporary work by a visual artist adept at capturing the quiet gesture, the sensuous eye and the proud and provocative pose of that most romantic of contradictions: Cuba.

Mermaids: Mermaids features a dazzling array of photographs in which the photographer explores the theme of the female nude submerged in water, and celebrates the modern mermaid, as represented by beautiful young women who appear very much at home in the water. When Dweck scouted out the Weeki Wachee Spring, home of the famous mermaid shows, as a location for his Mermaids project, he met a local young beauty who had been raised in Aripeka, an island fishing village on the coast nearby, and began photographing her. And through her, Dweck met other island girls—so-called “waterbabies”—some of whom could hold their breath underwater for as long as five or six minutes. He photographed them alone, together, and at play, but mostly at night in the depths of the Weeki Wachee River. Dweck also photographed in Montauk, Amagansett, and Miami, and the new images, while often abstracting the female body in a painterly swirl of watery refractions, celebrate the physical charm of the female form and the transformation that is achieved by the shedding of clothes and psychic baggage in the meditative isolation of the underwater world.

About Michael Dweck: Michael Dweck is a visual artist known for his seductive photographic style and pursuit of alluring subject matter, principally the female form and locales that offer their own particular enchantments. His developing narrative of a somewhat upended version of the theme Paradise Lost and Regained would favor privilege, youth, beauty, and the temptations of the flesh, although the photographic project at once records and fictionalizes what is inevitably receding and thus ever elusive. Dweck studied Fine Arts at the Pratt Institute in Brooklyn, New York, and began his career in advertising where he went on to become a highly regarded Creative Director receiving over 40 international awards, including the coveted Gold Lion at the Cannes International Festival in France. Two of his long-form television pieces are part of the permanent film collection of The Museum of Modern Art in New York. Having taken up photography at an early age and used it throughout his career, he left advertising to focus on photography full time in early 2001. His photographs were first showcased at Sotheby’s, New York, in 2003, in their first solo exhibition for a living photographer. Dweck’s work has become part of important international art collections and has been exhibited extensively throughout the world, with solo exhibitions at the Staley-Wise Gallery (New York), Modernism (San Francisco), Acte2 (Paris), Maruani & Noirhomme (Belgium), Robert Morat Galerie (Hamburg), and the Blitz Gallery (Tokyo). His work has also been shown at the Fahey/Klein Gallery (Los Angeles) and the Eric Franck Fine Art (London). Michael Dweck currently lives in New York City.