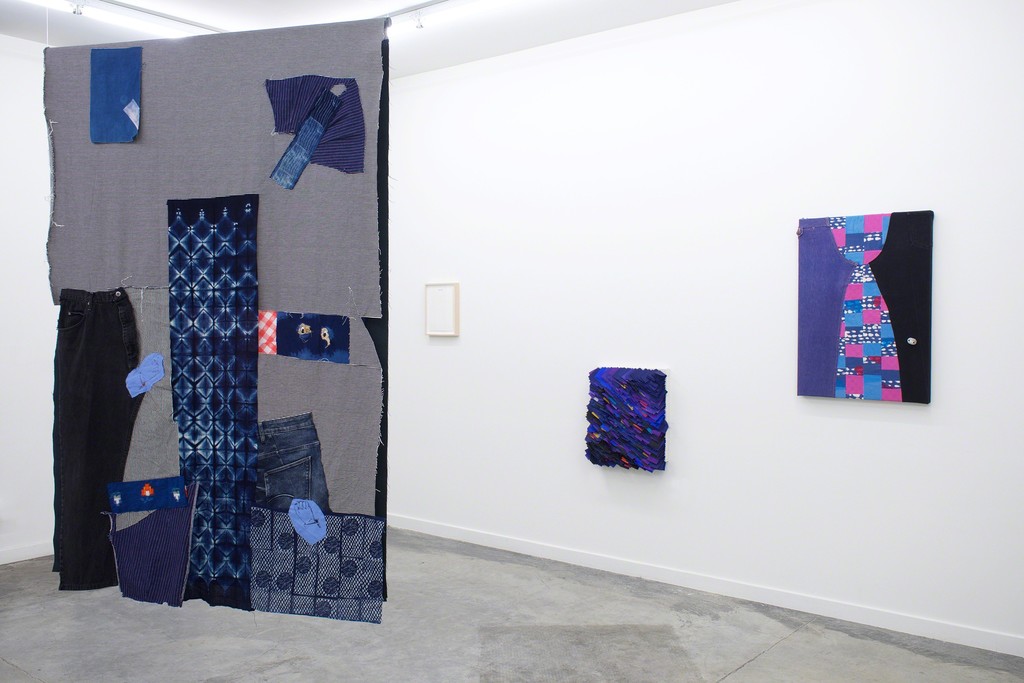 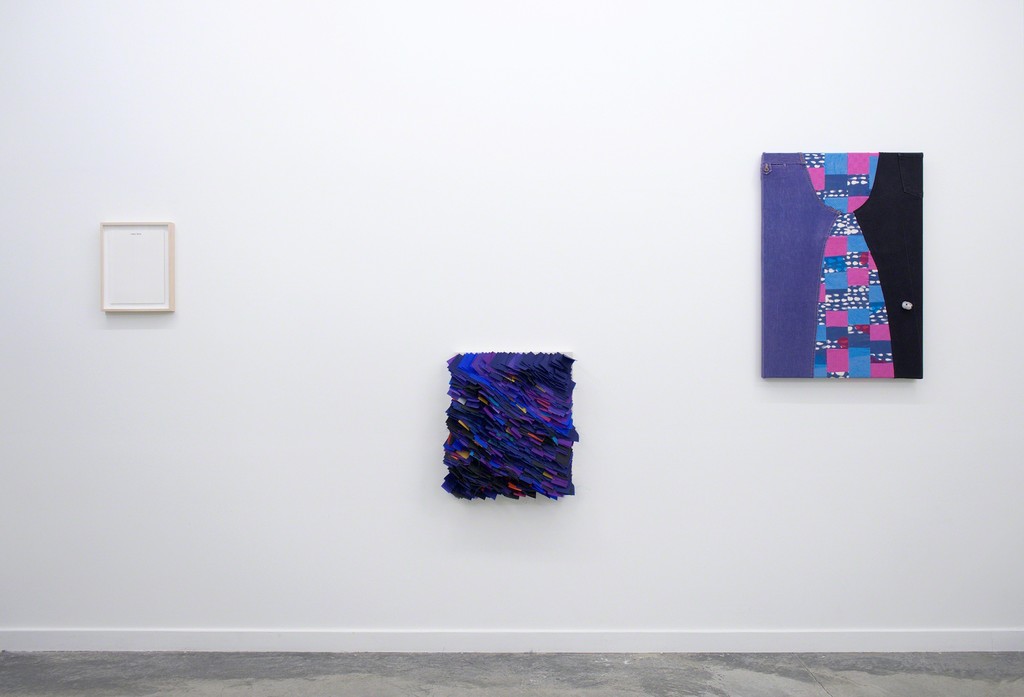 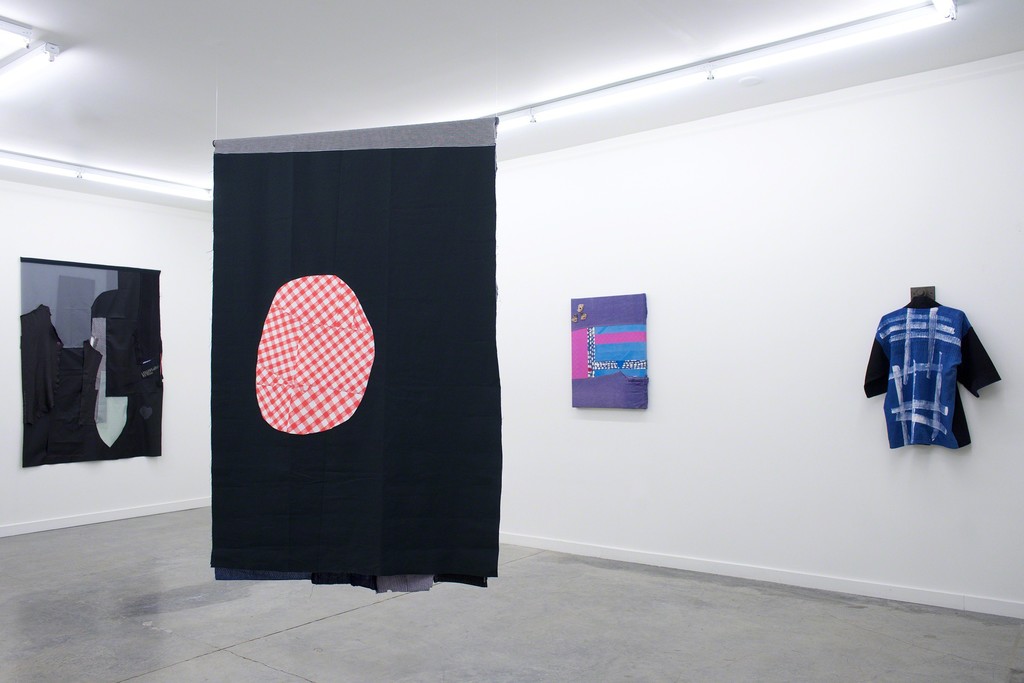 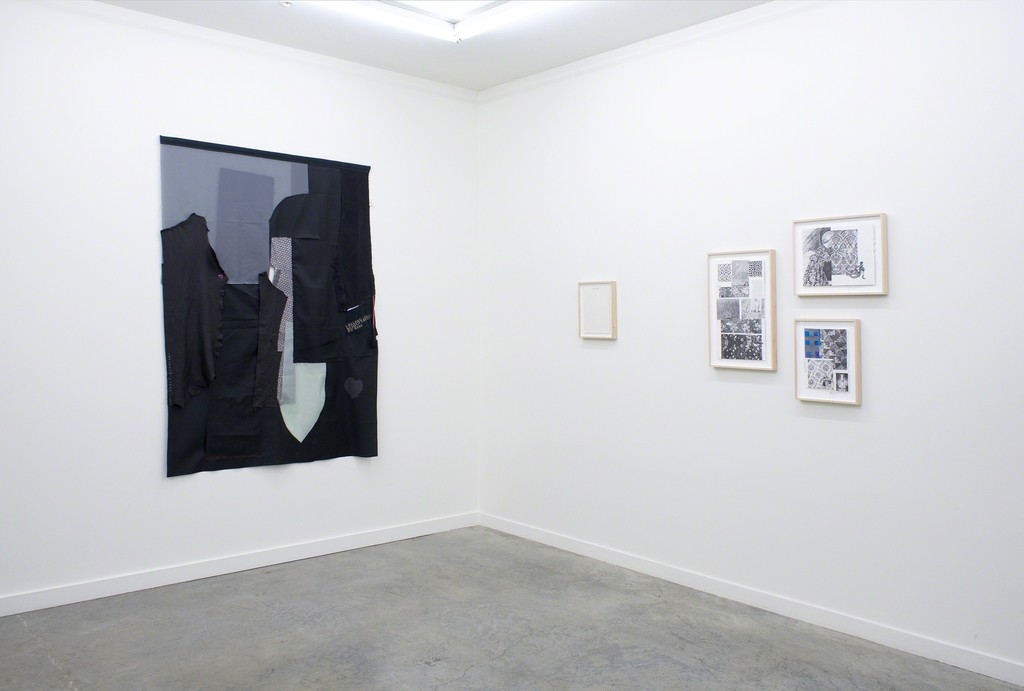 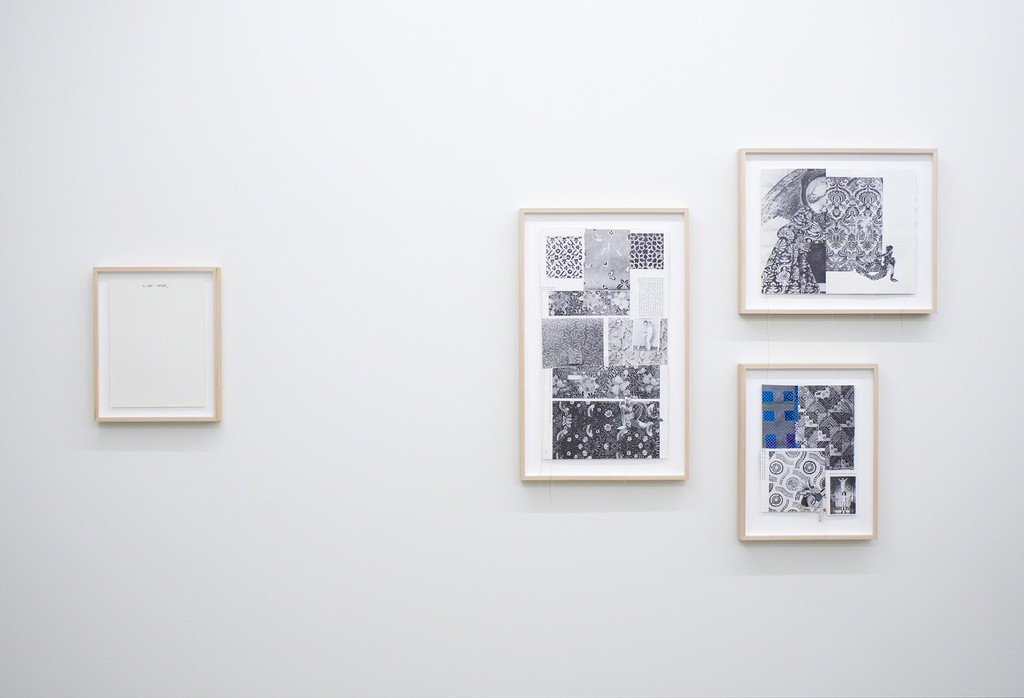 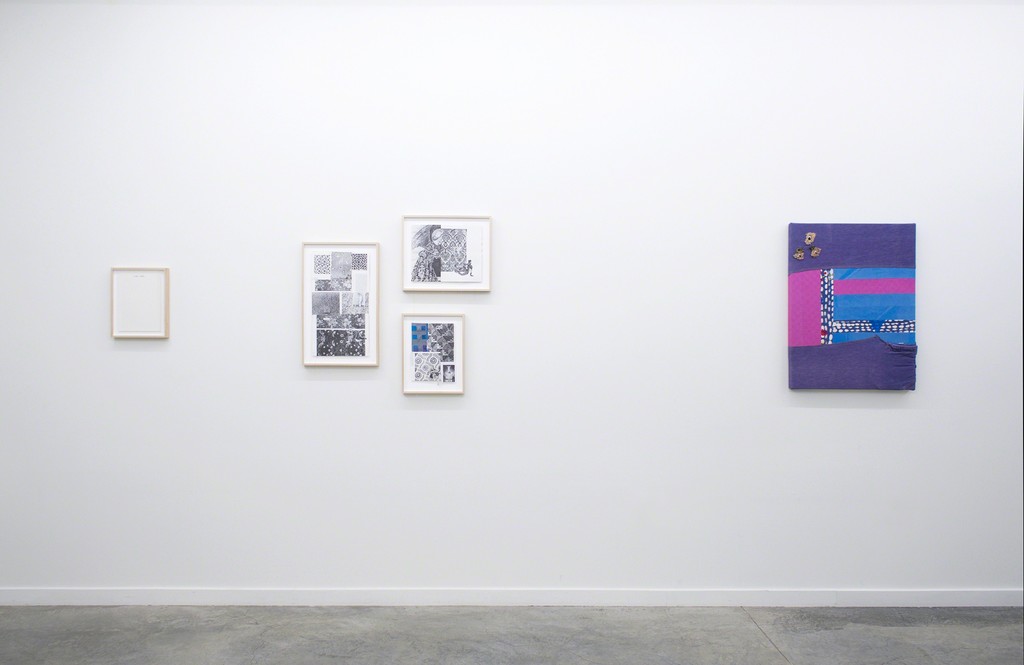 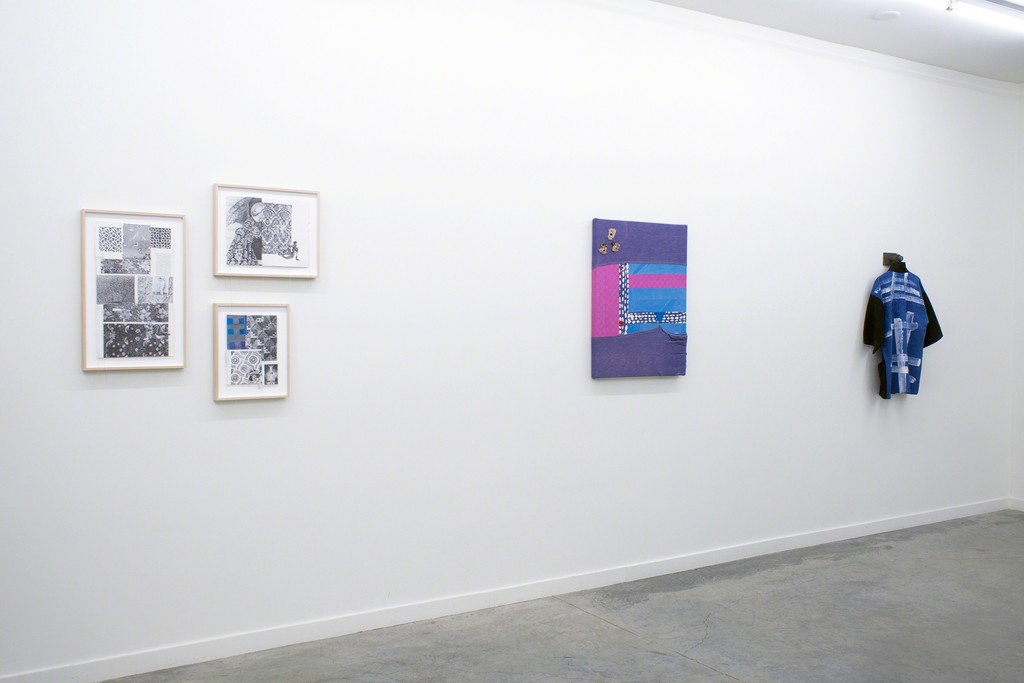 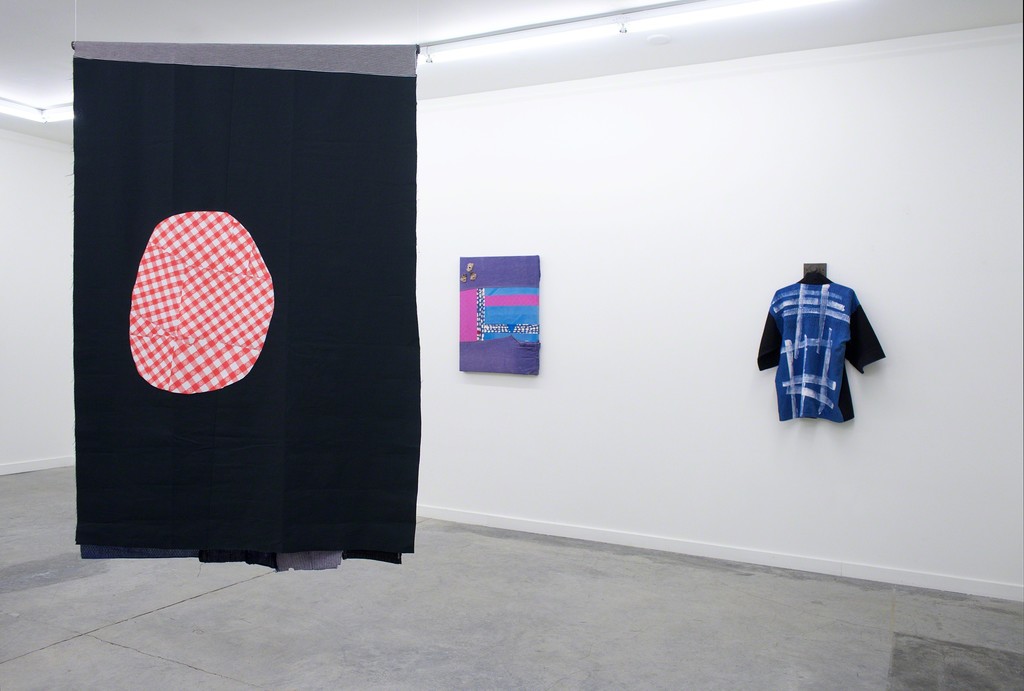 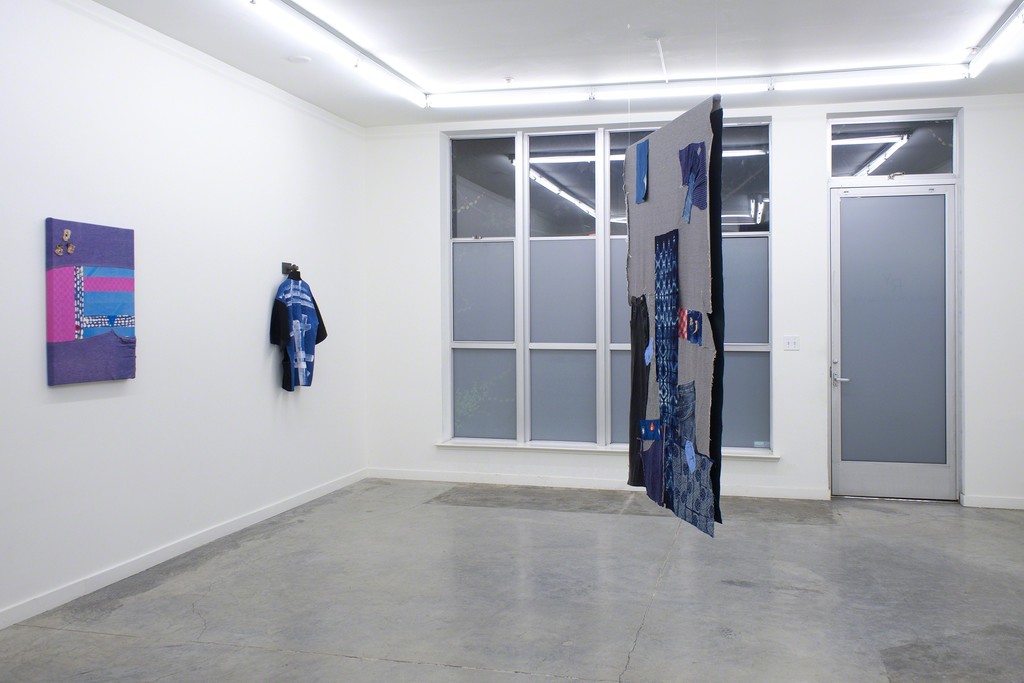 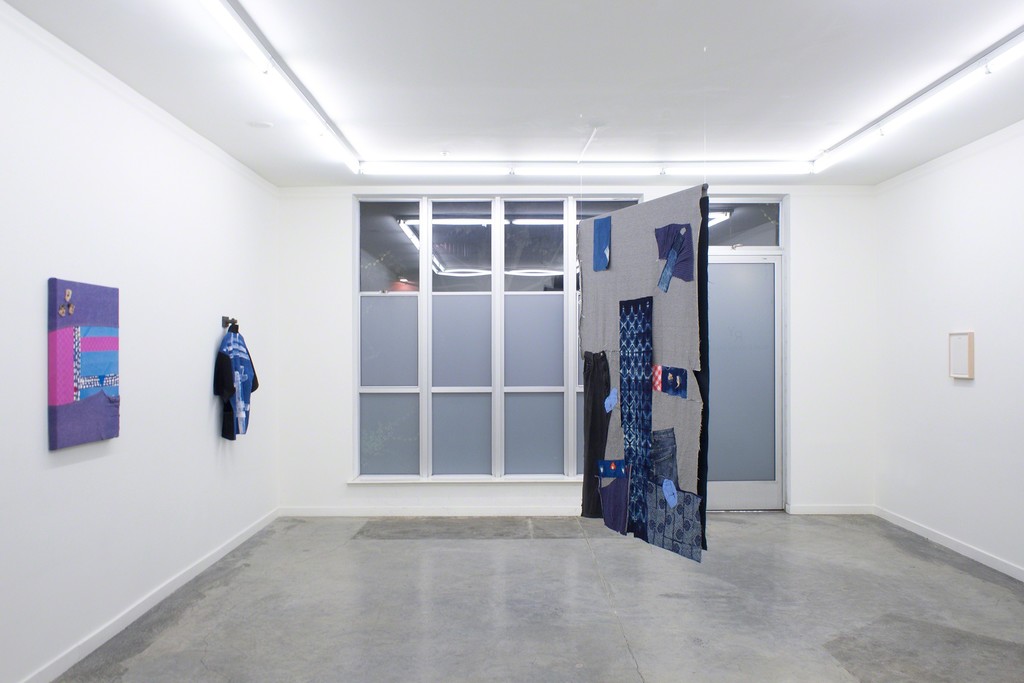 What can we make (different/ly) from the tools we’ve got at hand?

Romer Young Gallery is pleased to present its fifth solo exhibition with interdisciplinary artist Amanda Curreri. COUNTRY HOUSE_ represents a feminist, queer response to the current American administration. This new body of work utilizes textiles to focus on language shifts and send-ups, translations, and touch. There will be an opening reception for the artist on Friday, September 14, 6-9pm.

Curreri currently resides in a purple state in a city imprinted with the socio-geography of American racism. Cincinnati, OH is nestled along the Ohio River, which in antebellum times signified the dividing line between the North and South. Teaching and making art in this context have deeply impacted this new work.

Textiles have become increasingly significant in Curreri’s work for their ability to prompt discussions of history, labor, class, sociability, performance of identity, and use-value. The works in the exhibition include self-drafted garments; large-scale, two-sided banners that act as soft architectures; a series of collages culled from vintage On Our Backs magazines remixed with pages from a textiles history book; and paintings composed from deconstructed garments, dog toys, recycled flag-parts, and elements from LGBTQ archives.

This work has also been developed in tandem with Curreri’s recent travel fellowships in Japan and Mexico to research traditional textile methodologies as well as pre-Capitalism communication strategies (glyphs and symbols). While clearly influenced by techniques and forms, Curreri underscores the impact of the interpersonal experience of studying with teachers in these two countries and the required verbal and cultural shifts. Jumping between languages and digging into histories results in ad-mixtures, conflations, and inventions. For example, one artwork in the exhibition, HomoHime, is named after a mis-remembering of a particular method of Japanese ceremonial braiding called kumihimo. The new hybrid term suggests instead: "Gay Princess" (from homo in English and hime in Japanese).

This kind of openness to new meanings is built upon respect for preceding knowledges. It becomes a key tenant of this body of work searching for ways of integrating multiplicities and differences. COUNTRY HOUSE_ prods the construction and performance of collective and individual identities in a climate that is advertising racism and misogyny.

Curreri relocated from the Bay Area to Cincinnati, OH with her partner (and dog and cat) since joining the faculty at the School of Art at the University of Cincinnati’s College of Design, Architecture, Art, and Planning in 2015. Curreri’s work is interdisciplinary and dialogic, creating conversation between and beyond the works, viewers, and within actual and constructed feminist, radical, and queer historiographies. In 2019 she will present work at the Oakland Museum of California as part of the exhibition, Queer California: Untold Stories, and at the Contemporary Art Center, Cincinnati in a three-person exhibition, Archive as Action.

For additional information, please contact the gallery at [email protected] or 415.550.7483.