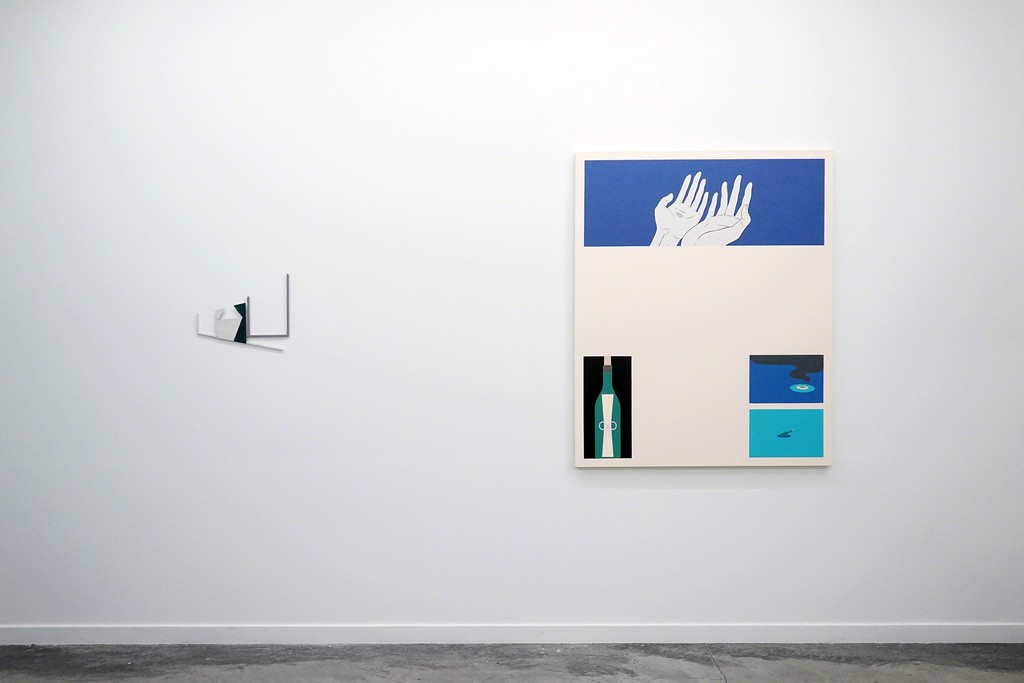 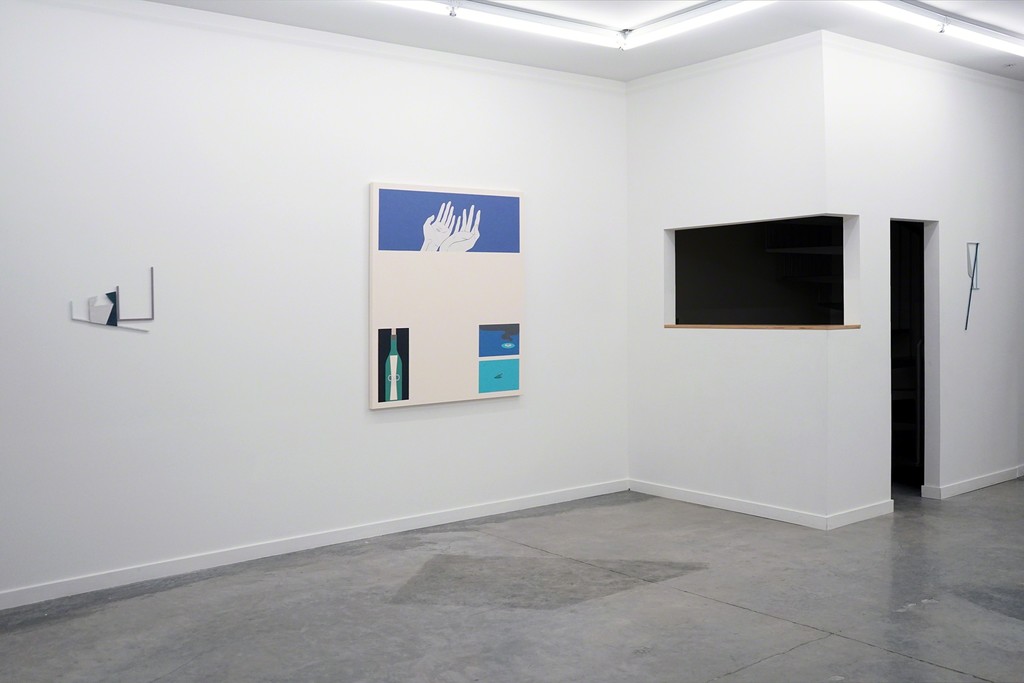 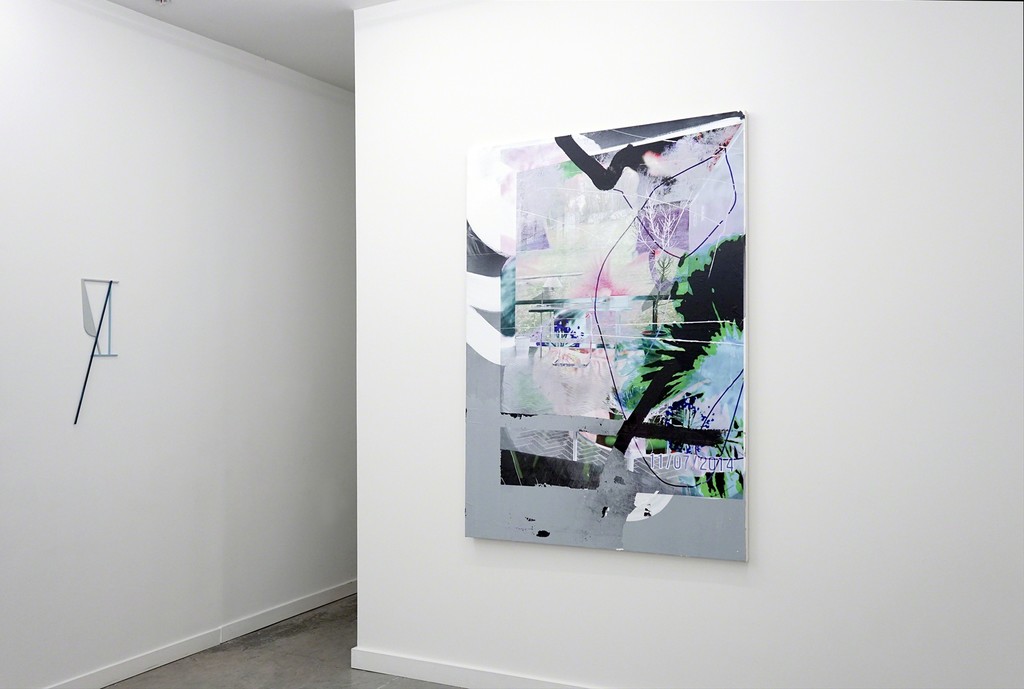 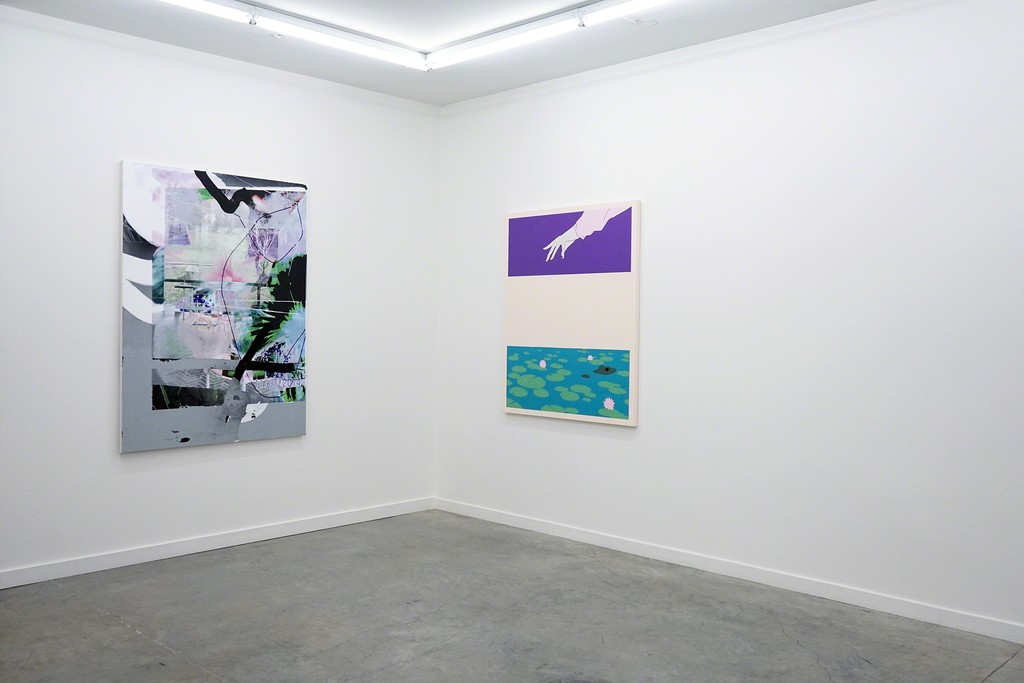 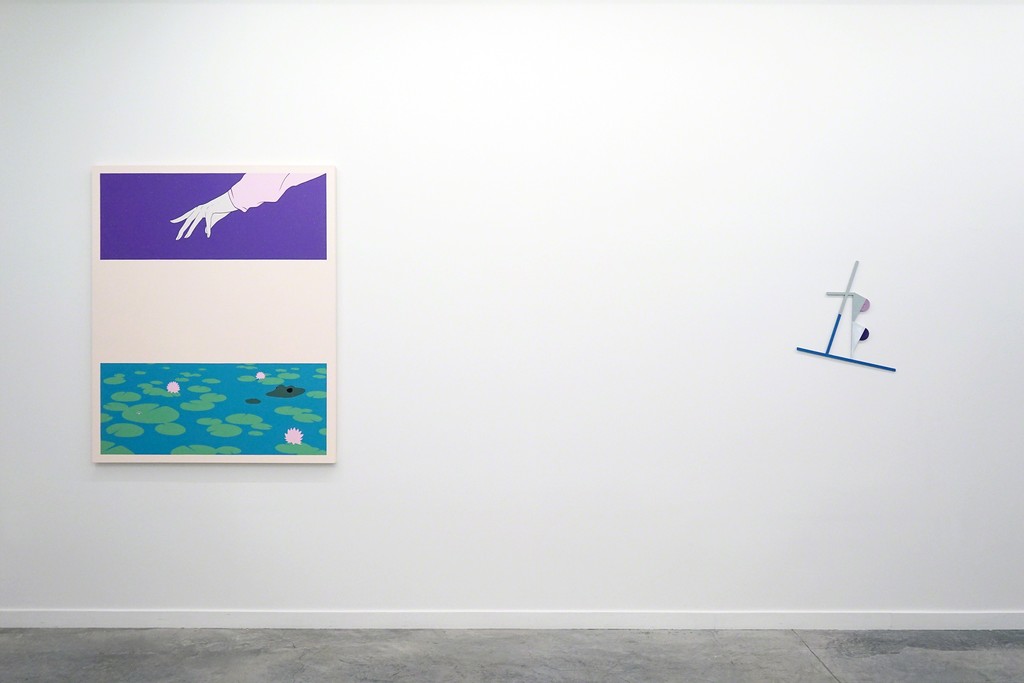 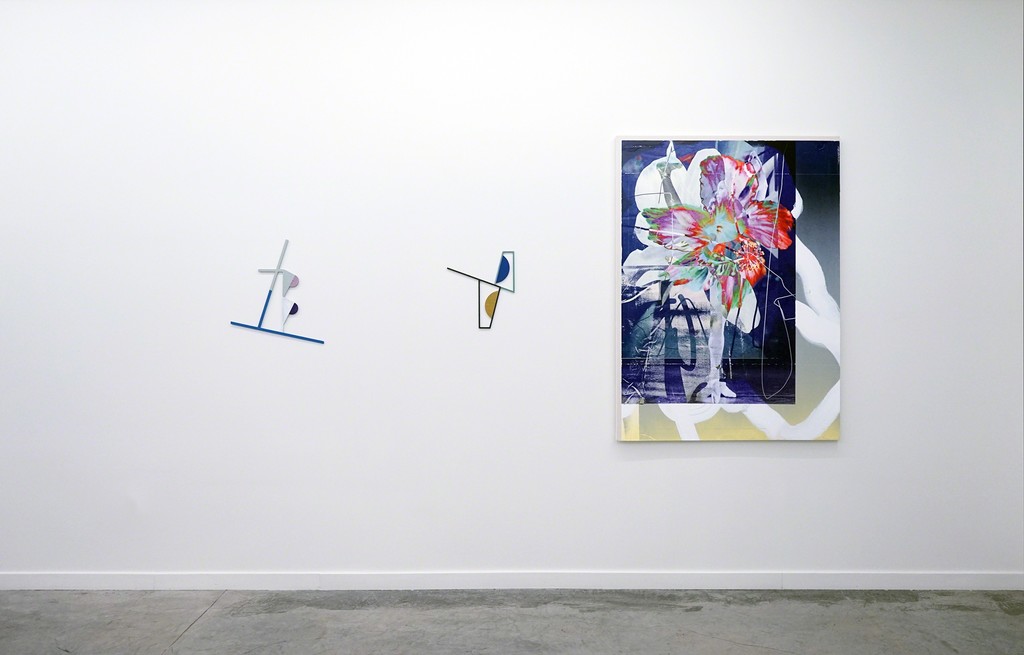 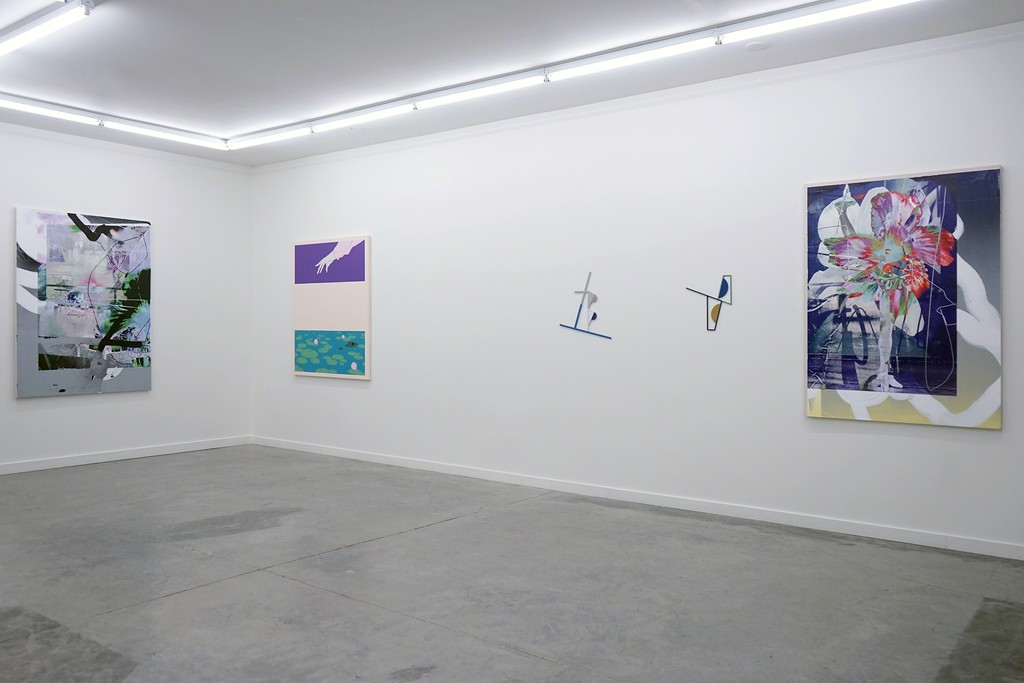 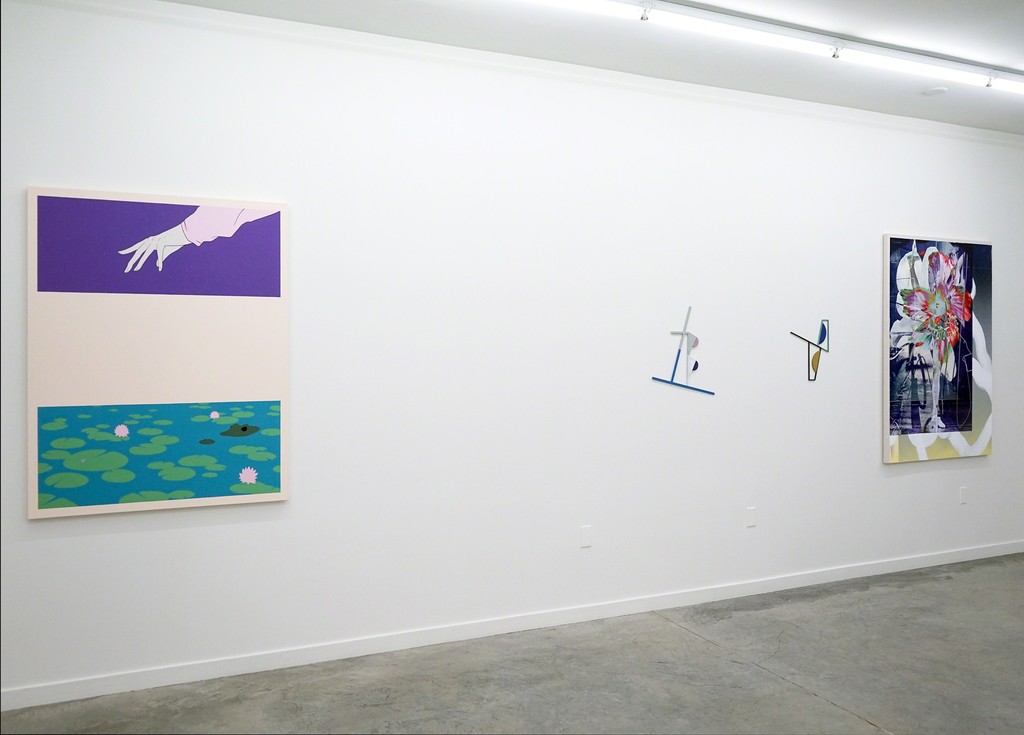 "There is no tidy unity and this is not about one thing. Except for the shared ground of my mental space. Look for and follow tangential logics, directional arrows, and broken lines of connectivity between two or more artworks (artists) that seesaw and flip-flop kind of like slats on jacob's ladder. Arrive at a sense of group-show-ness that has no patience for the filler of themed-ness. Go from one thing to the next—turning an idea over and over, flipping and tripping it through time until it forms a continuous, coded narrative without characters—just relations.” - Sarah Lehrer-Graiwer

Sometimes it’s necessary to trust that the work, the artists and the shared space will create a synergistic experience for the viewer. That the group assembled will ‘begin to describe a faction of thinking in a particular time (now) and place (San Francisco)… What more can a group show possibly hope to do.’

An off-tone color of violet was the starting point for this show. This color, which coincidentally appeared in the work of Argañaraz, Ito and Runcio, inspired the curiosity and desire to see these artists together and the subsequent desire to think about them together and their layers of interconnectedness. The sequence of adjacent viewings would inevitably take on great importance and one thing would inevitably influence, become or turn another.

All three artists began their art career in San Francisco and have been critical to the development of the art scene beyond their own practice. Argañaraz is a founding member of the gallery Et. Al; Ito is the co-founded Ever Gold Gallery and San Francisco Arts Quarterly (SFAQ); and Runcio is the co-founder and co-director of Capital. While this connection defines the title, Made in San Francisco, what is more exciting is how each of these artists are approaching painting with innovation and freshness.

Jonathan Runcio (b. Montreal, Canada) earned his BFA and MFA from the California College of Art. He lives and works in San Francisco, CA. His work has been exhibited at the Wattis Institute for Contemporary Art, Walter McBean Gallery SFAI and Oakland Museum of Art. He has also had solo and group exhibitions at XYZ, Tokyo, Japan, Ratio 3, The Popular Workshop and Romer Young Gallery in San Francisco and Ebersmoore in Chicago. His work was included in the traveling exhibition Afterglow: Rethinking California Light and Space Art. Runcio was awarded a Joan Mitchell Foundation MFA Fellowship in 2011.