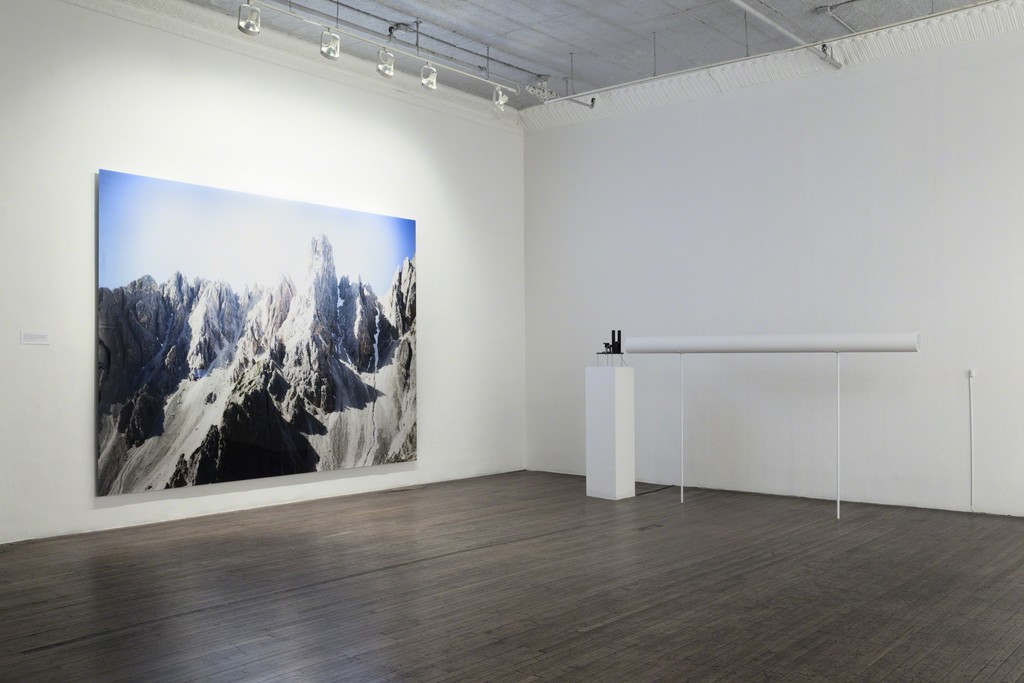 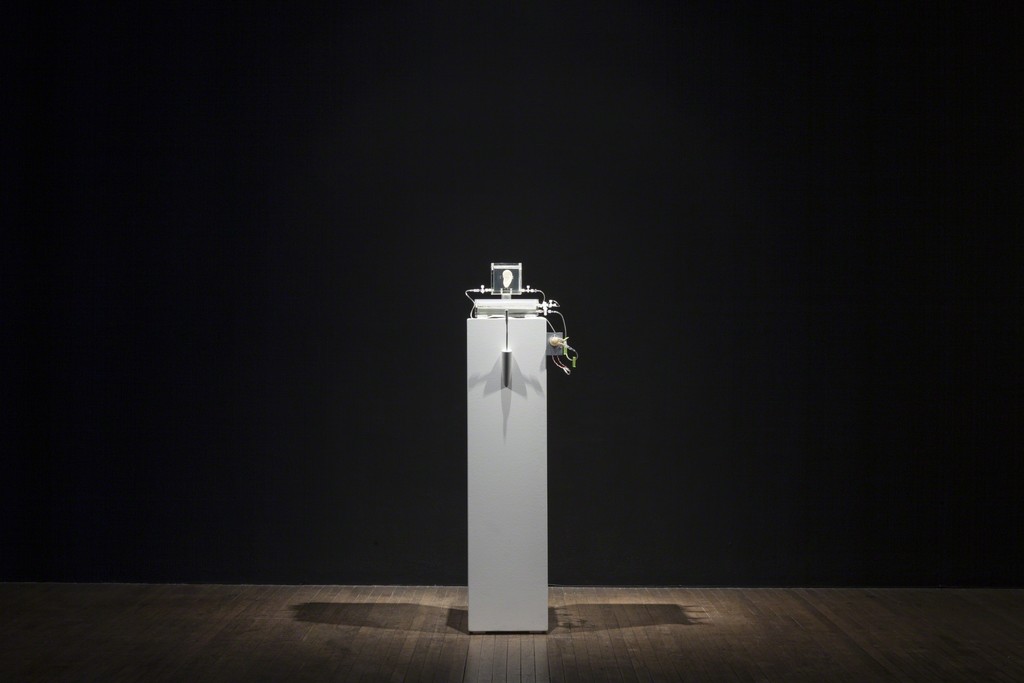 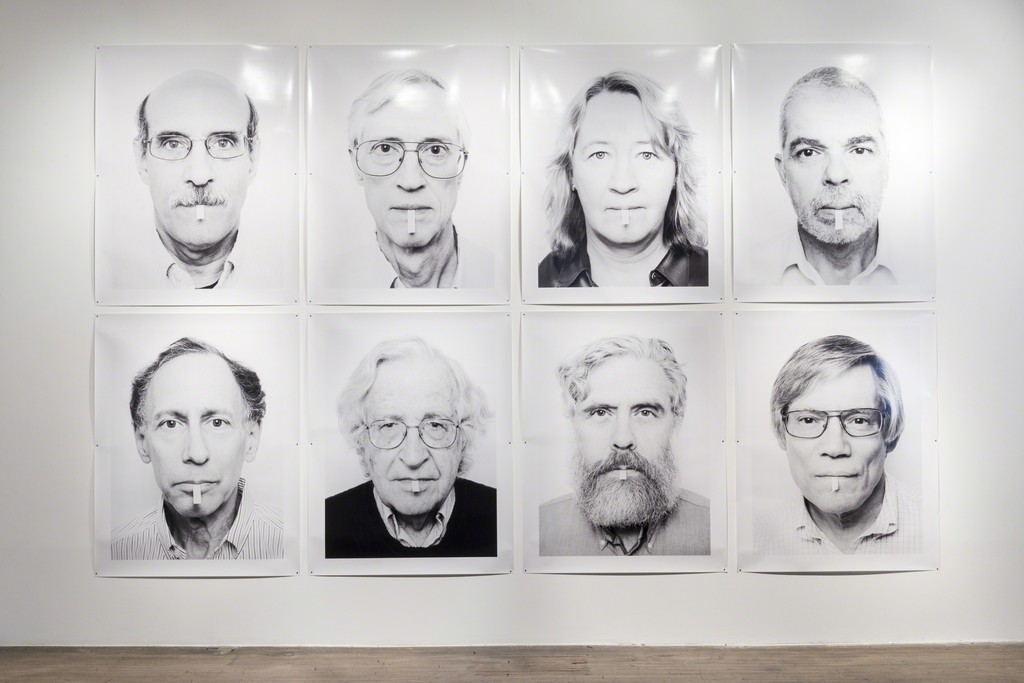 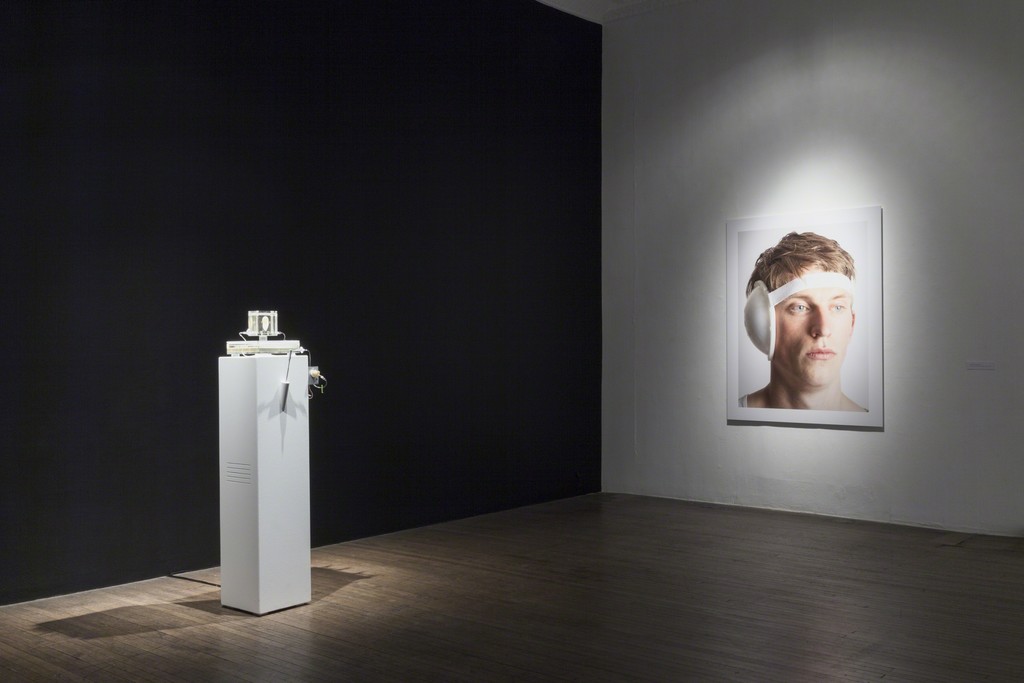 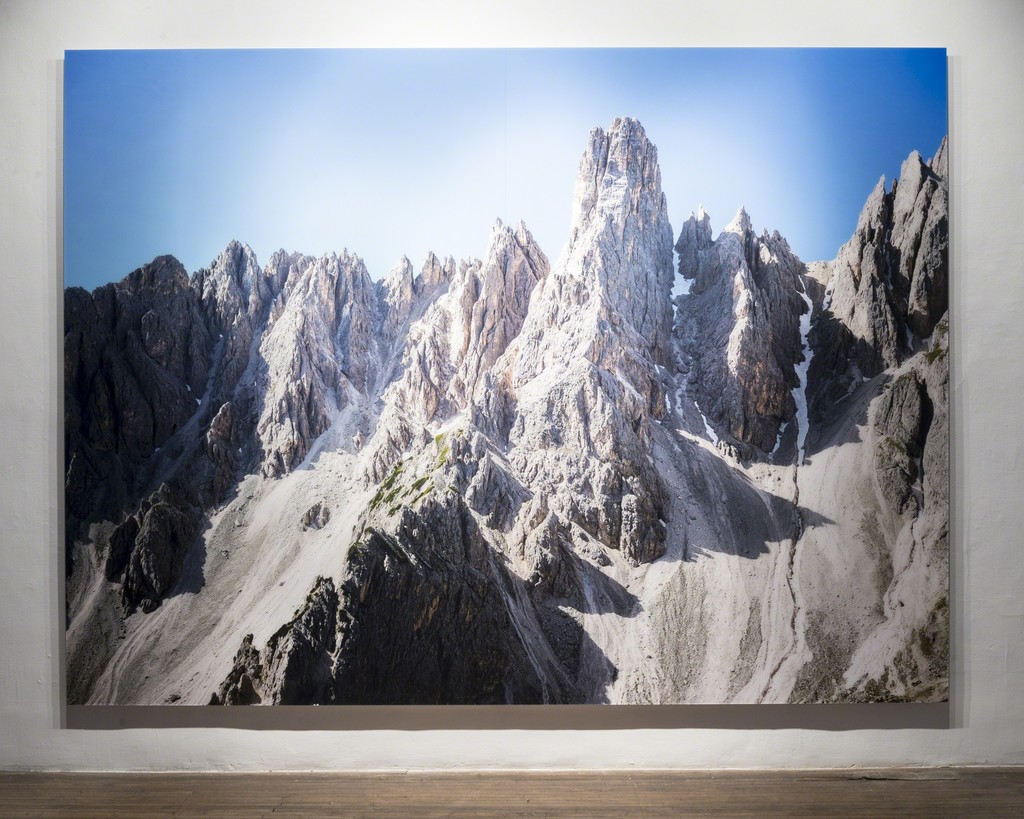 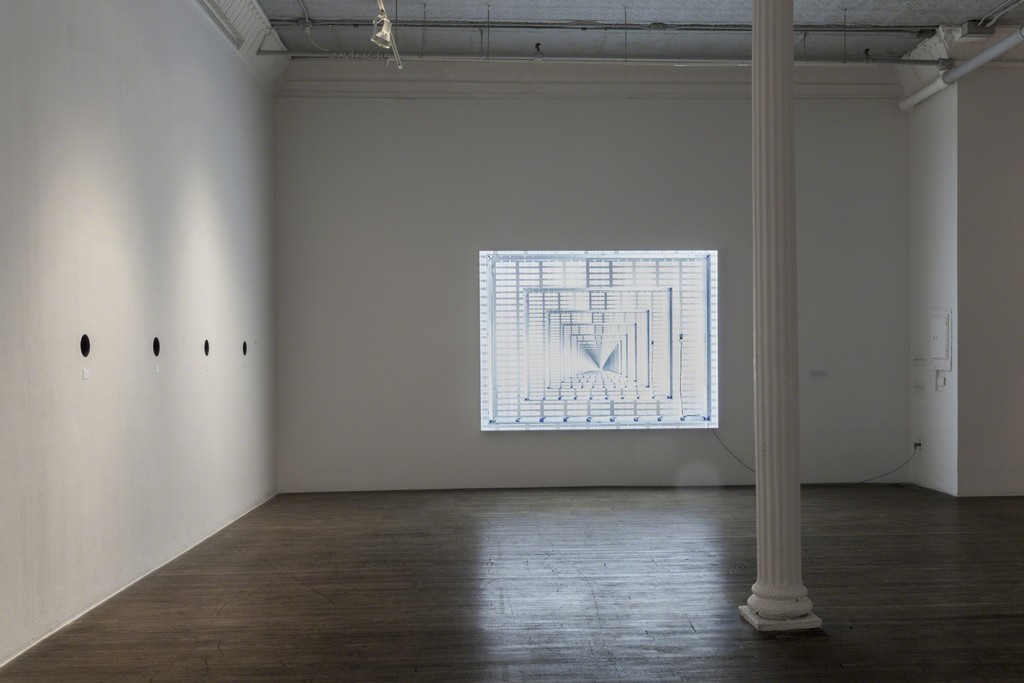 Sugababe: 2011-2014 ongoing
Sugababe is a living bioengineered replica of Vincent van Gogh’s ear, grown from tissue-engineered cartilage cells. They are procured from a direct male descendant, containing natural DNA from Vincent and genetically engineered components of historical and synthetic DNA. The Theseus paradox from Plutarch in the first century AD (If all of a ship’s parts are restored over time, is it the same ship?) forms the literary basis for the scientific approaches, using the principle of replacement on the molecular, the microscopic, and the anatomic level. The ear is kept alive in a bioreactor system that mimics the human body and is bathed in a nourishing liquid. One can speak to the ear through a microphone system. The input sound is connected to a computer processor to generate simulated nerve impulses from the sound signal in real time, mimicking sounds recorded from an electrode inserted into the auditory nerve when firing. Martin Chalfie, a winner of the Nobel Prize in Chemistry, will speak to the ear during the opening reception.

Social Sculpture: The Scent of Joseph Beuys
Beuys’ famous performance, I Like America and America Likes Me, which took place in May 1974 in the Rene Block Gallery in New York, is compressed to its scent components and the synthetic construction of the entire olfactoric experience. Scent, an ephemeral sensual experience but almost nothing in terms of matter, is a subconscious trigger of recognition, memory, and imagination. The scent show is an ultralight monument to Beuys and parallels the temporality and spirituality found in his work. The scents are made by International Flavors & Fragrances Inc. (IFF), a New York-based leading global creator of scents & tastes. The IFF trio – Research Perfumer Penelope Bigelow, Senior Perfumer Bruno Jovanovic, and producer Anahita Mekanik – in collaboration with the artist, took a scientific approach, using data from the olfactory molecules collected via proprietary Headspace Technology or Solvent Extraction, and partly original historical sources from Beuys, provided by Lucrezia De Domizio Durini, which have been re-modeled through creative perfumery. Viewers can experience the seven scents: Wall Street Journals, Coyote, Ambulance, Gallery, Felt, Body Odor, and Synthesis, as released in a system that relates to another well-known work of Joseph Beuys: “Loch.”

Wigner’s Friends
In Wigner's Friends, a collaboration with MIT and ESA/ NASA, a universal show of all art ever is generated in outer space by using the outer space environment and phenomena described by the theory of quantum mechanics. The show of all pictures in outer space has no limitations in time and space. Rather than being defined by single and individual features of appearance, content, and material, the pictures are described and defined by the way they are formatted. The project can be seen as a quantum variation on Jorge Louis Borges’ “Library of Babel,” and refers to the different interpretations in quantum mechanics and their philosophical implications. The extraterrestrial occurrences have a connection in the reference show on earth at the Feldman Gallery that allows the observers to participate in the generation of quantum correlations as Wigner's friends.
(OVER)
Jacob Climbed up the Sky represents a microscopic drawing on a cellophane scotch tape strip in the shape of a ladder, made by the Nobel Prize winning isolation process from graphite (HPOG) to single atomic layers of graphene. It is presented floating in zero gravity in outer space. The literary source for this art-project is a famous reading instruction from Ludwig Wittgenstein in his book “Tractatus Logico-Philosophicus.” (“He must, so to speak, throw away the ladder, after he has climbed up on it.”) At the same time, the art piece, which was launched on March 25, 2014 into outer space from Baikonur Cosmodrome, can be seen as an icon of the human urge to progress and transcend, presented on a location that is highly symbolic of that theme. The last visible ladder of the series of copies of the producing mode is shown transpierced on a beryllium needle in a transparent box on earth.

Yeast Expression develops a communication system between human, computer, and biological language using natural and engineered components. Cornerstone iconic texts of human culture like “The Seven Deadly Sins” or Kant’s “What can I know? What ought I do? What may I hope?” were mapped onto a synthetic gene of engineered yeast cells using a particular design algorithm that reads out a mutated text, encoded by mutations in the synthetic DNA. The gene-modified yeast cells are used to brew some special beers. They are presented in a six pack of bottles, which are labeled with the several texts that had been mutated by the yeast cells. The project refers to writing methods like the so-called “écriture automatique” to Saussure’s phonetic systems of language and Noam Chomsky’s concepts of meaning. Noam Chomsky also participated in this project. In scientific terms, it reflects recent developments in synthetic biology and genetic engineering to reprogramming cells, data storage in living cells, as well as a novel use of natural language processing techniques supported by genomics.

Physarum polycephalum, an ongoing project, is a series of living maps of crime. A video shows a recording of a live experiment of the movement of a microorganism, the slime mold Physarum polycephalum, as it responds to the placement of feeding-points of porridge. Its movement creates complex graphic networks similar to a road map as well as the worldwide network of the different Italian Mafia crime organizations and those of other international operating crime organizations. The living maps can be seen as allegories of how a long-standing system of crime continues to massively intervene within healthy legal structures, overgrowing these infrastructures to extend its continental and worldwide networks.

Photographic series include:
Beaks depicts chicken embryos, which have developed beak shapes resembling other birds by a chemical intervention in a certain time window at their embryonic development, challenging Darwin’s theories of gene-based deterministic concept of evolution.
Litmus, in which a litmus-paper is held in the mouths of world renowned scientists, including several Nobel Prize Laureates, to measure their pH value, is a humorous take on the theories of Thomas Kuhn who discussed scientific progress in his book “The Structure of Scientific Revolutions” with regard to the importance of major shifts in reigning paradigms.
Invisible Man is an allusion to the photographer Jeff Wall’s homonymous work. The inside of a lightbox has been photographed with a high resolution camera, each of the 4312 single LEDs/308 panels with each 14 LEDs, and mounted together. The arrangement of the digitally constructed image, which is extremely bright and illuminated by the large number of the LEDs underlying the print, relates to a spacetime model of the physicists Alan Guth and Sean Carroll who propose a model of spacetime that describes the origin of the universe as dependent from the observer, involving a symmetry of time and introducing two futures of which each forms the past of the other.
Dolomites/Man-made Range depicts aerial photographs taken from a helicopter in front of a mountain range at an altitude of 3000 meters, which strongly resembles in its silhouette the so-called hockey stick curve of global warming. The project has various on-site parts in progress in order to evaluate in nature itself, what the curve claims and predicts in its silhouette. The project focuses on the shift of the term 'nature' in its passage of time and manmade climate change.