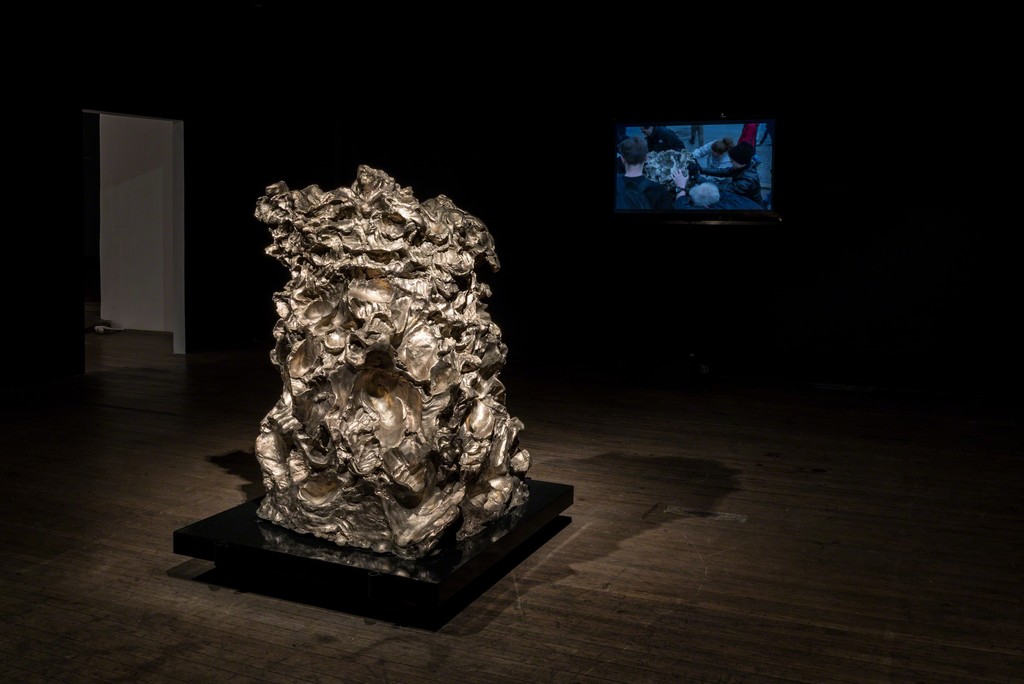 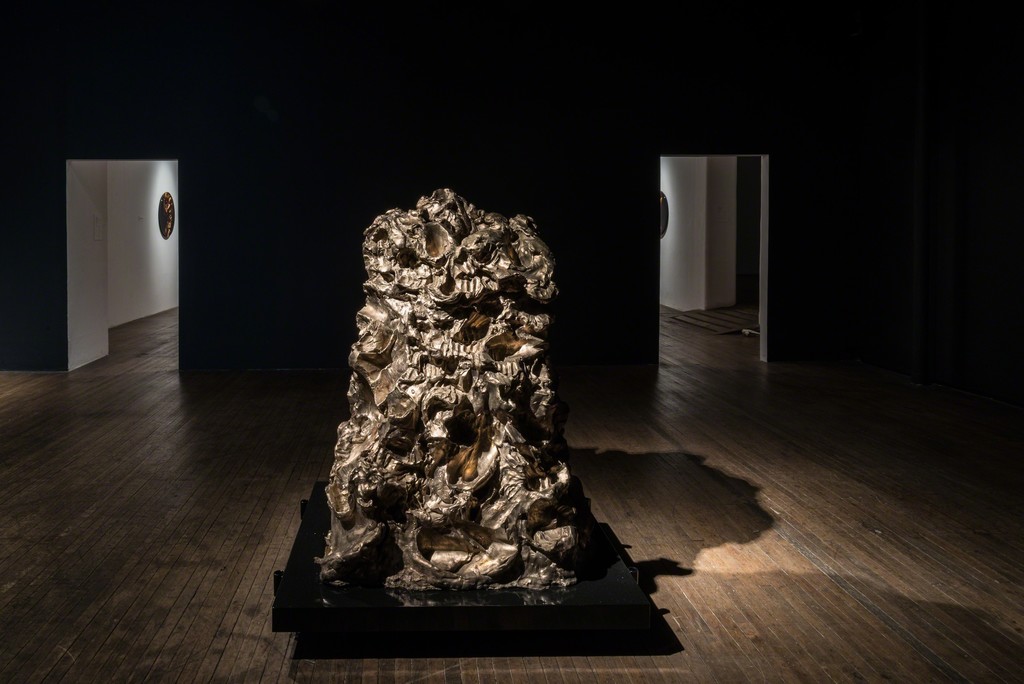 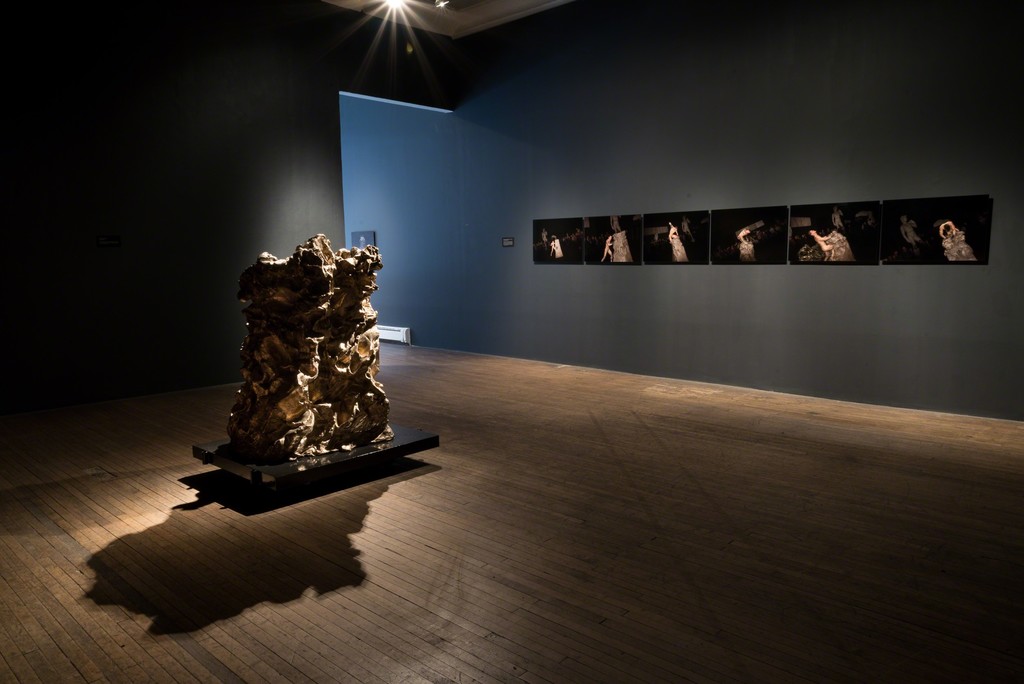 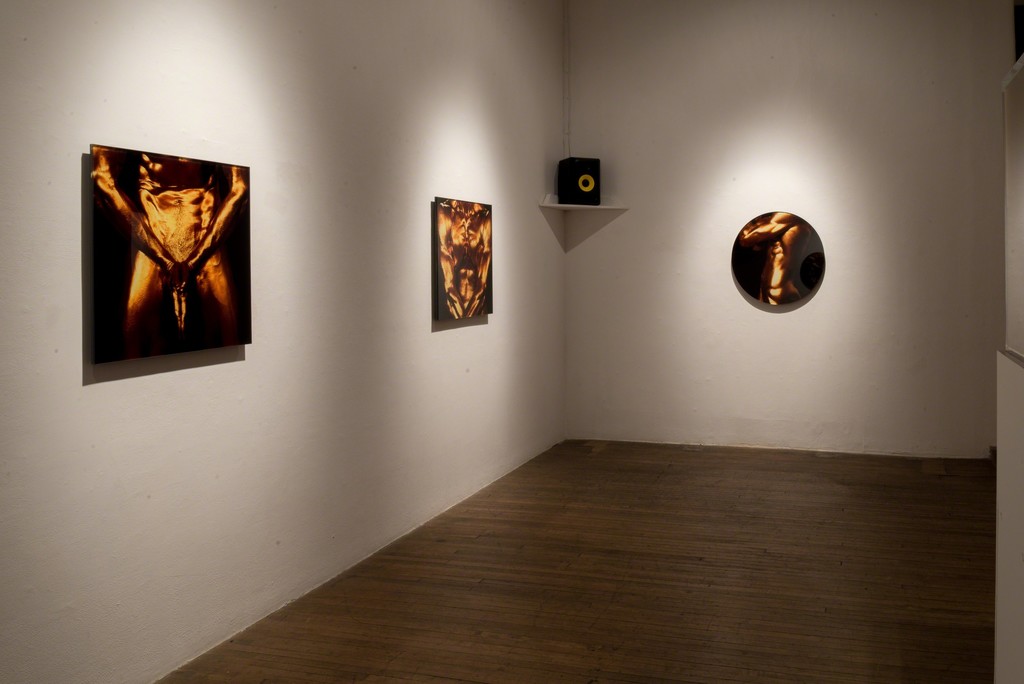 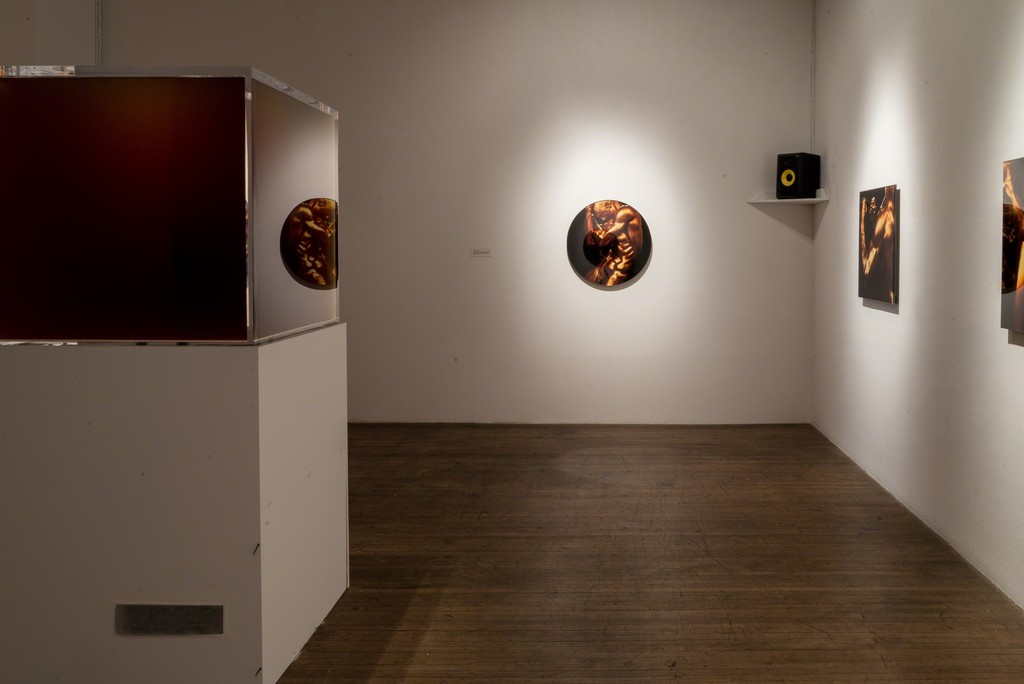 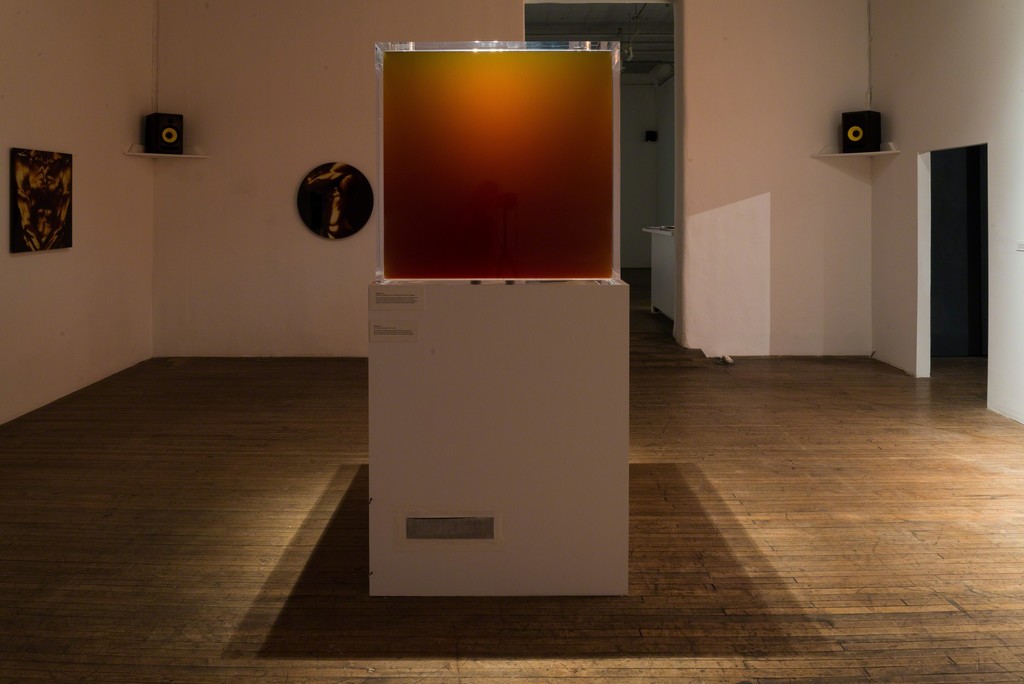 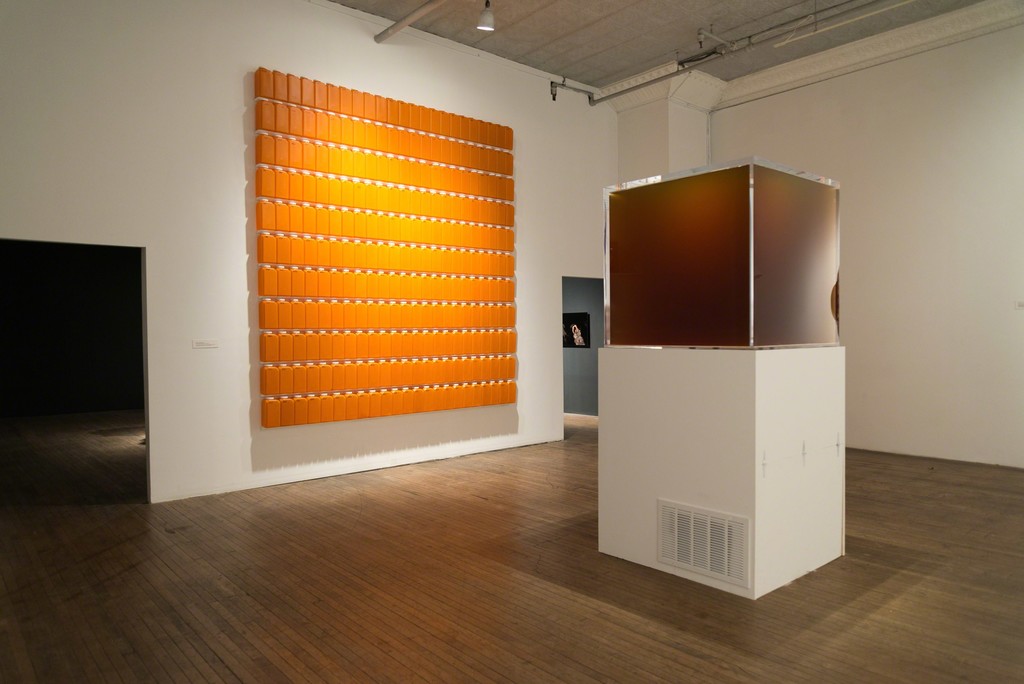 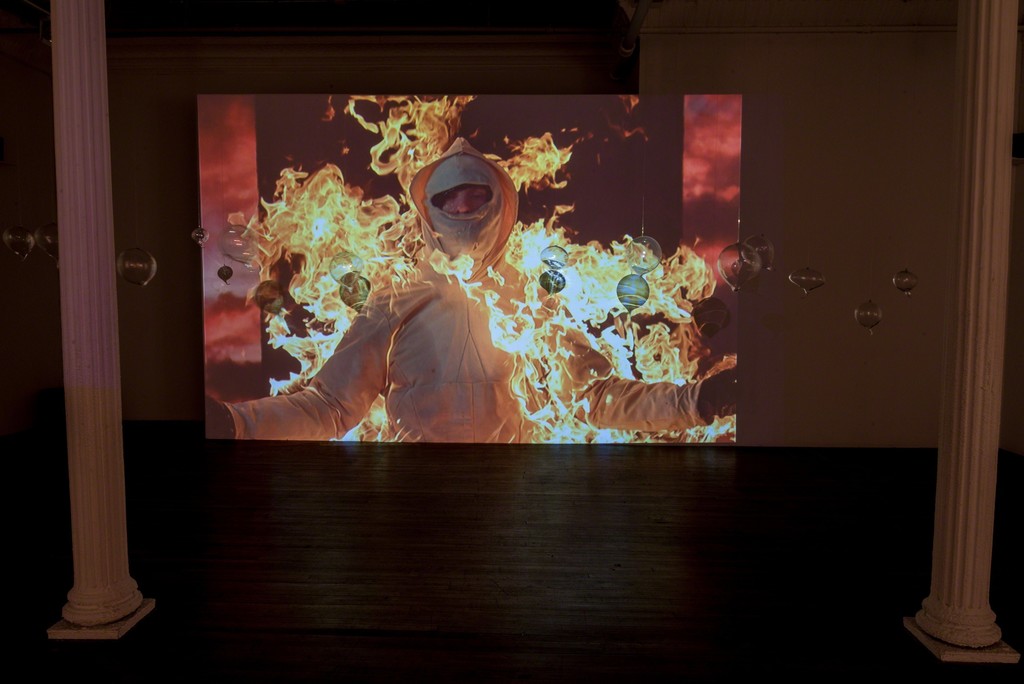 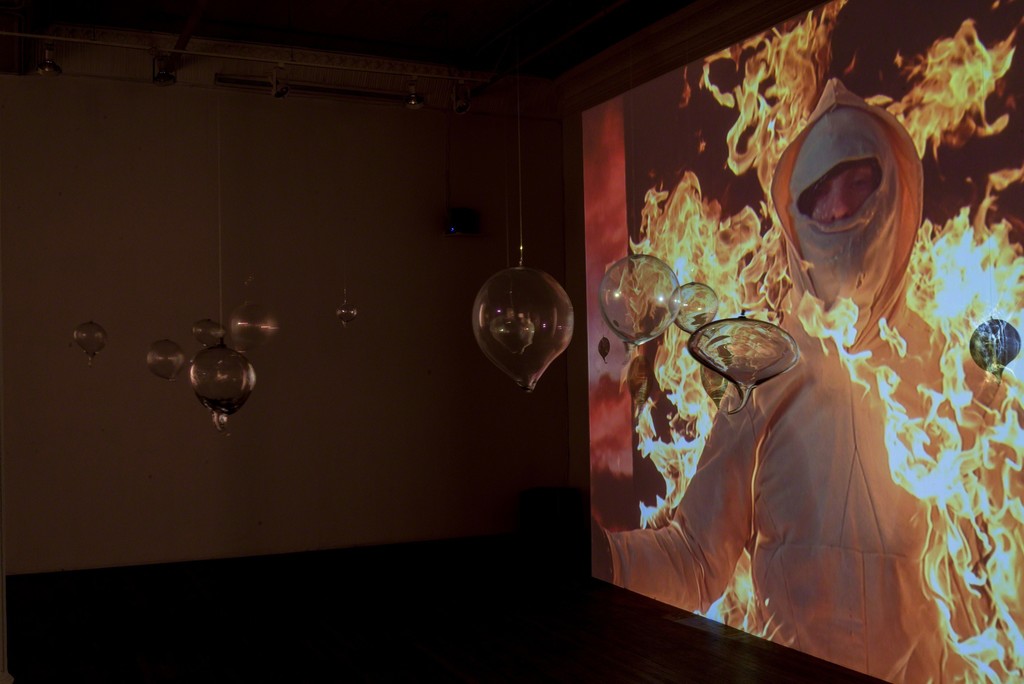 Cassils is a Canadian artist living in LA, who is listed by the Huffington Post as “one of ten transgender artists changing the landscape of contemporary art.” Monumental is Cassils’ second solo show at Ronald Feldman Fine Arts and a new project of Creative Capital. The exhibition includes monuments made from precious metals and bodily waste, visceral sound and video installations, photographs and live performance. The centerpiece is PISSED, a minimalist structure containing 200 gallons of urine: a collection of all the liquid the artist has passed since the Trump administration rescinded an Obama-era executive order allowing transgender students to use the bathroom matching their chosen gender identities. The sculpture is contextualized by audio recordings from the Virginia school board and the Fourth Court of Appeals articulating the ignorance and biases that run through every level of judicial proceedings. Alchemized, a series of torqued metallic abstractions, gilds and exalts self-determined trans embodiment. Fountain, a live performance in which Cassils is cathetered and linked to the minimalist structure via medical tubing, links the beauty of the glowing liquid back to the medicalized trans body.

Resilience of the 20%, a bronze sculpture cast from the bashed clay remnant of Cassils’ previous performance, Becoming An Image, acts as a monument to the resilience of queer communities. The title underscores a sickening statistic: in 2012, murders of trans people increased by 20 percent worldwide. The film Monument Push documents a performance that mobilizes the bronze sculpture as a collective action. The performance took place in Omaha where members of the local LGBTQI+ community joined in pushing the one-ton monument to local sites of trauma, resilience, and survival, including a prison where LGBT youth of color are incarcerated.

Inextinguishable Fire is a performance for the camera that engages spectators with the media’s constructed images of violence and war. Cassils performs a treacherous fire stunt using Hollywood techniques: the 14-second live burn (limited to the length of a single exhale to protect the esophagus) is extended to 14 minutes of slow motion flame, shot at 1000 frames per second. Accompanying the looping projection is Encapsulated Breaths, amorphously shaped glass blown sculptures that encapsulate the form of a single breath, resembling fragile speech bubbles and speaking to the precarity of the voice and political expression. A golden hue glows through the aesthetic of the exhibition: the orange lick of slow motion flame projected from Inextinguishable Fire dances across the fragile glass of the Encapsulated Breath sculptures. In Resilience of the 20%, the bronze gleams, polished by the collective touch and grip of those who struggled to heave its weight through the cobblestoned streets of Omaha, Nebraska. The minimalist glass sculpture PISSED premieres when our political climate is soaked with oppression, injecting urgent content into pure form.

Cassils’ work has been exhibited widely including solo exhibitions at the School of the Museum of Fine Arts (Boston), MU (Eindhoven), the Deutsches Historisches Museum (Berlin), and the National Theatre (London). Awards include a Guggenheim Fellowship (2017), a Creative Capital Award (2015), and Canada Council for the Arts grants (2002-2016). Films by Cassils have premiered at Sundance Film Festival (Utah), OutFest (Los Angeles), and the Institute for Contemporary Art (London). For a full list of past exhibitions and accolades, go here.