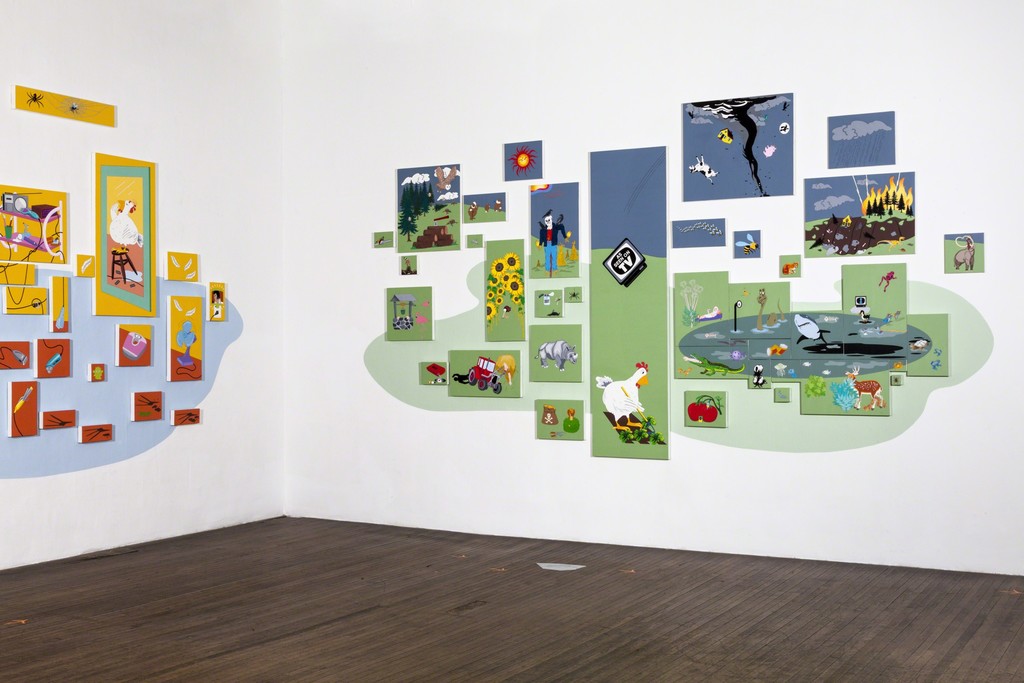 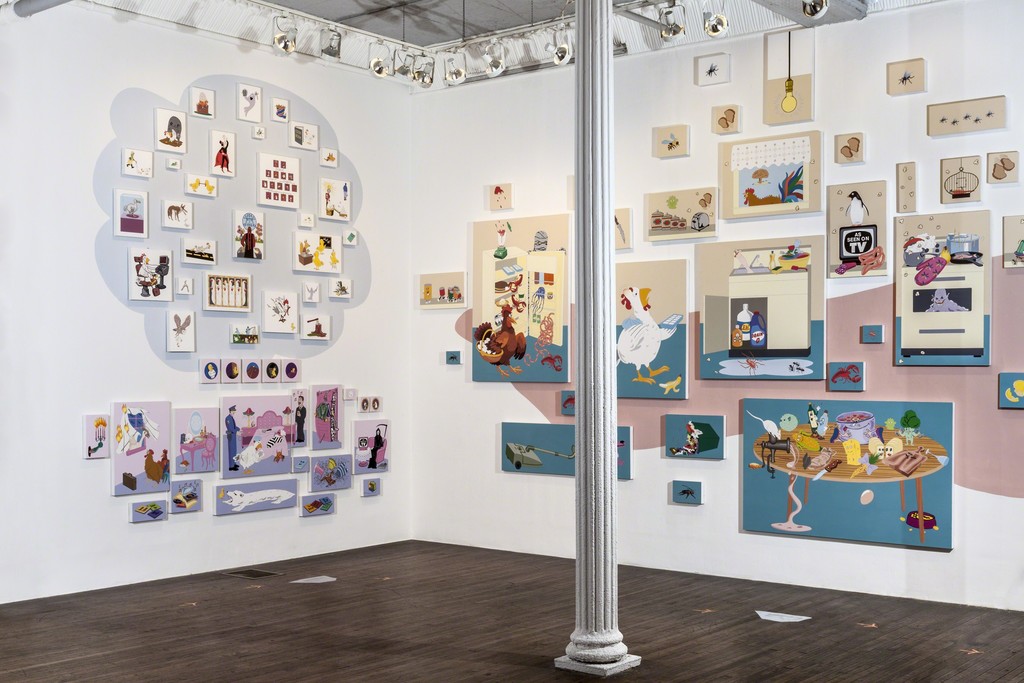 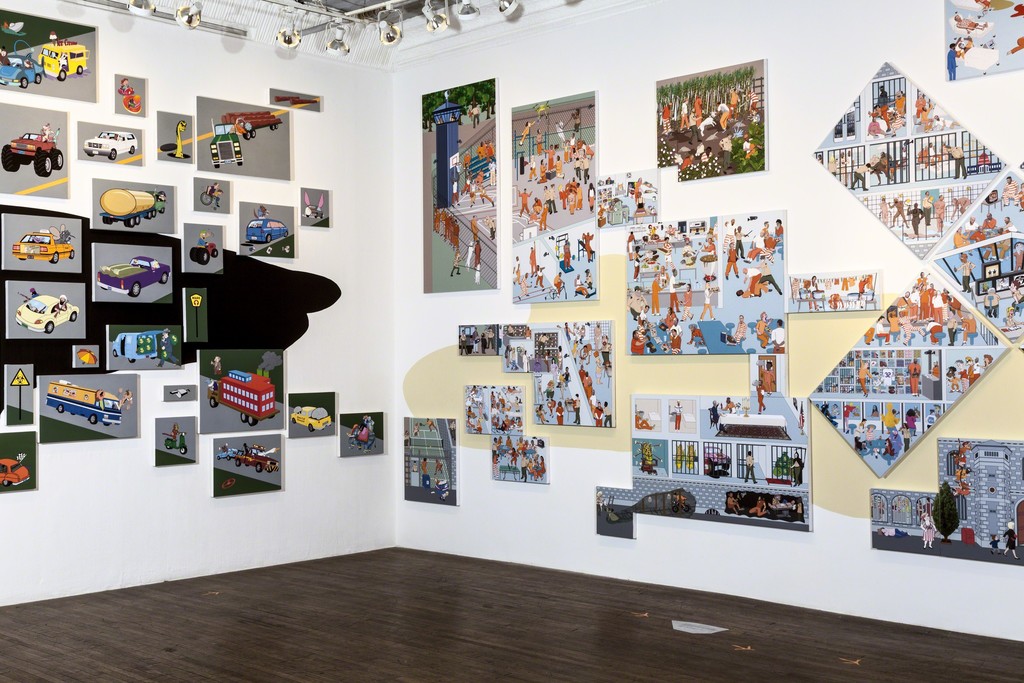 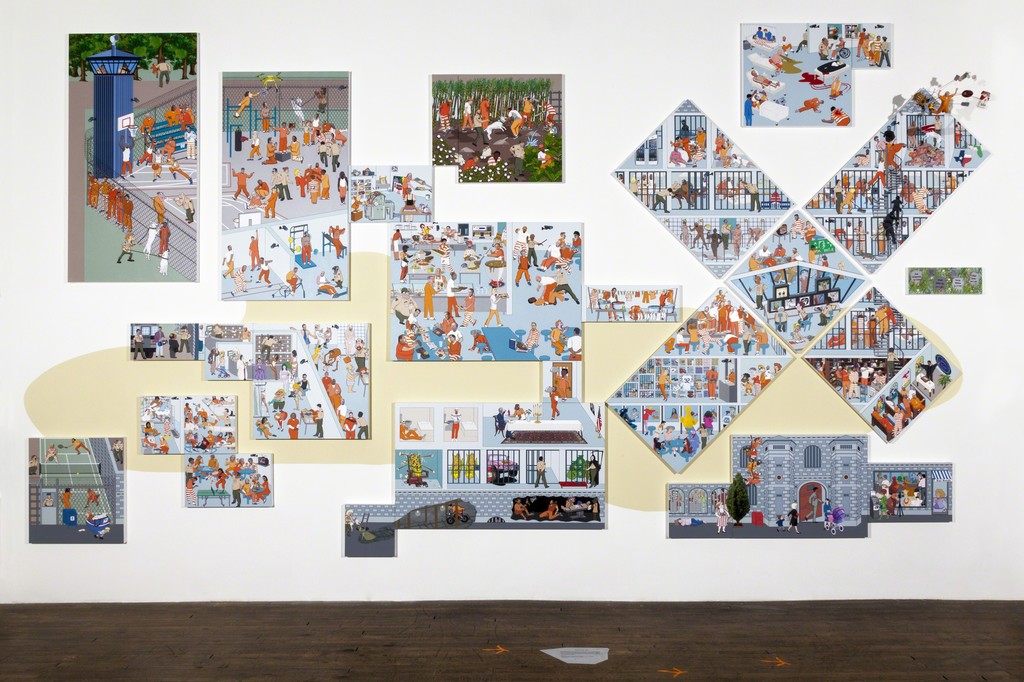 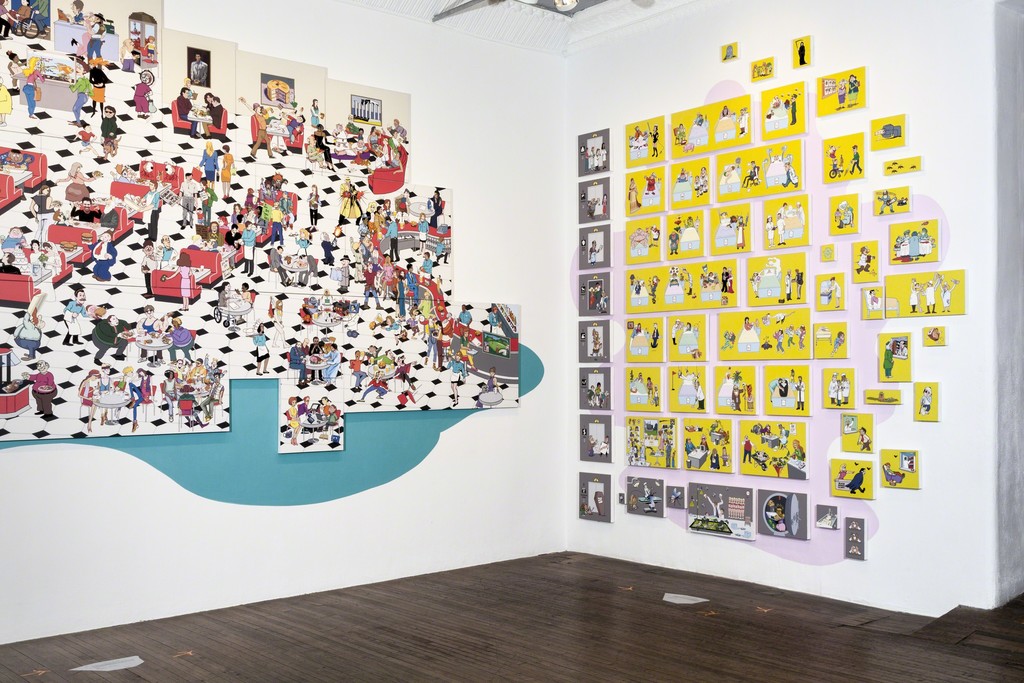 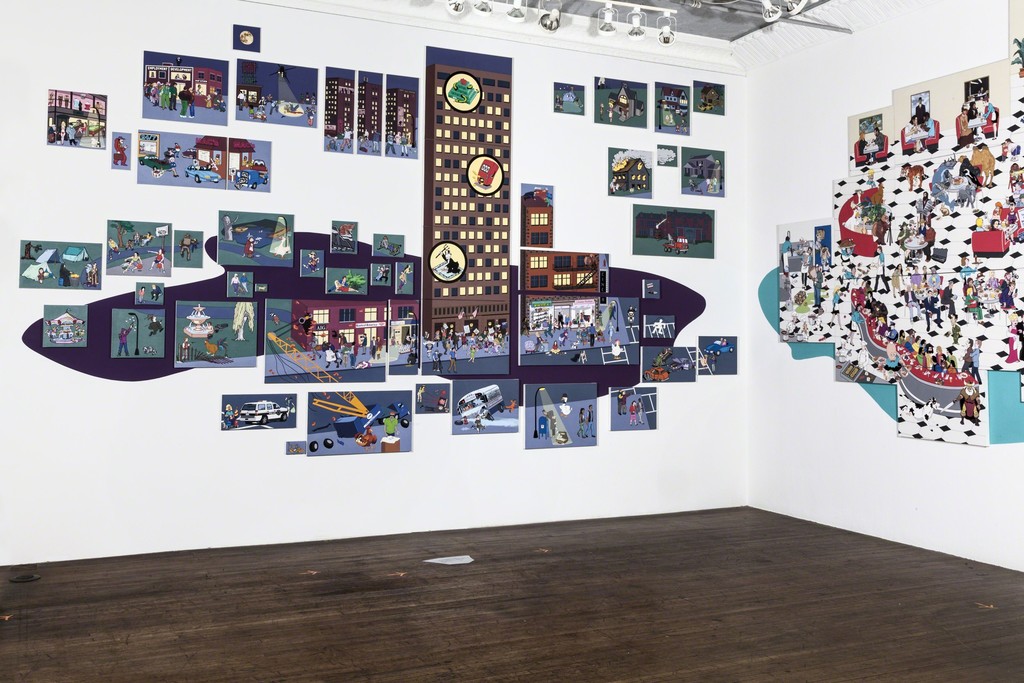 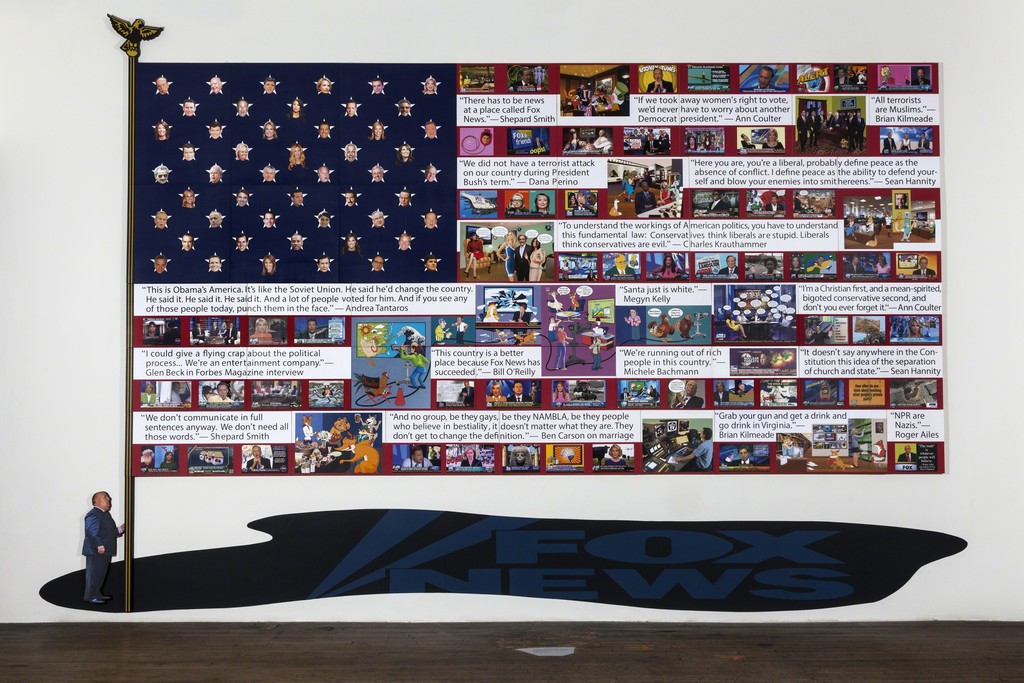 I will exhibit my 13 1/2 year, site-specific painting-installation Chicken Little and the Culture of Fear, updating the folk tale of the paranoid fowl. After 9/11, the media went into overdrive, broadcasting every idiotic, innocuous, hilarious, and (only on rare occasions) poignant dangers. In Michael Moore's Bowling For Columbine, Professor Barry Glassner referred to this pathology as a "Culture of Fear" that flooded the public with stories about immigrants, welfare mothers, kidnappings, etc. Listening to all this crap, and not being Jon Stewart, I decided the only way to maintain any sanity in this age of absurdity was to embark on a baroque, obsessive, labor intensive process that has become as insane as the content.

The story follows Chicken Little from her Garden, where she's struck on the head by a falling TV, through her Bathroom, Kitchen, and Bedroom, where she's arrested for removing her mattress tag, landing her in Jail beside the dregs of society. Her friends bail her out and they hit the Road, which lands them all in either the ER or the Main Hospital. Due to the subpar hospital food, upon release, they rush to the Diner, where they mingle with the general public. On their way to see the king, they pass through the loss and devastation of Poortown. In the folk tale, Chicken Little either reaches the king and receives an umbrella and is sent away, or never reaches the king, instead being lured into the den of a fox, who eats them all up. In my retelling, they are consumed by Fox News, where Chicken Little becomes one of the leggy blonde anchorwomen.