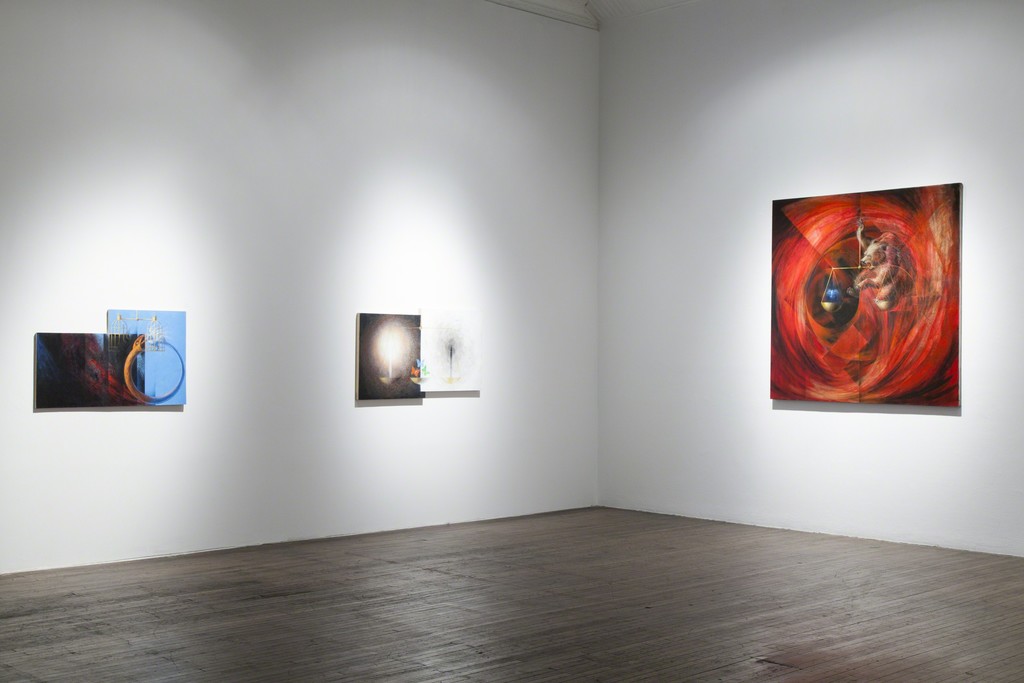 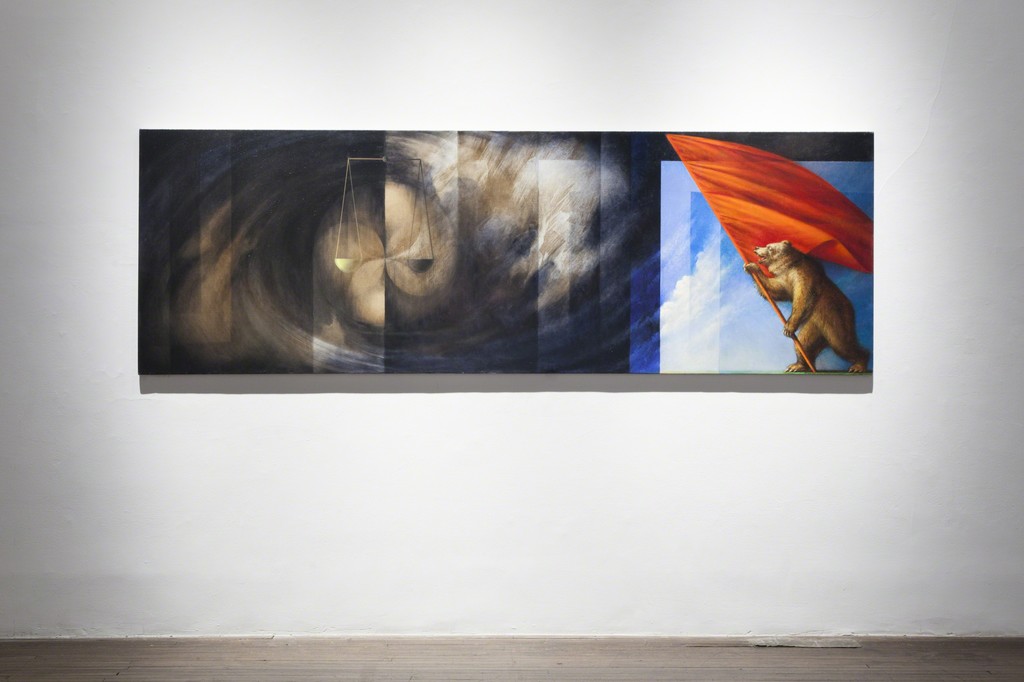 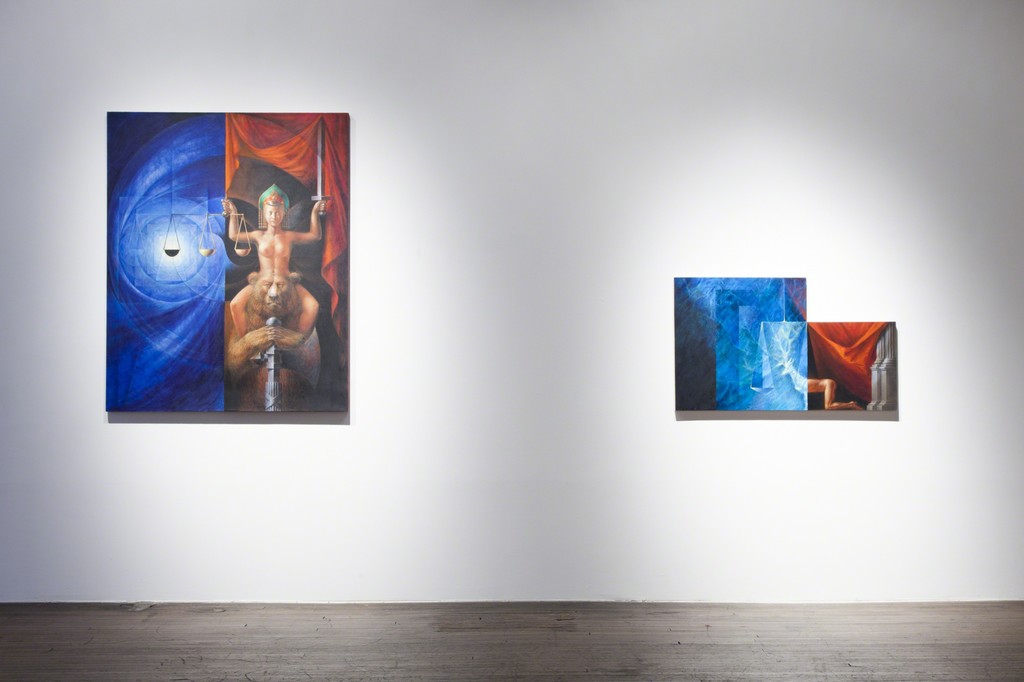 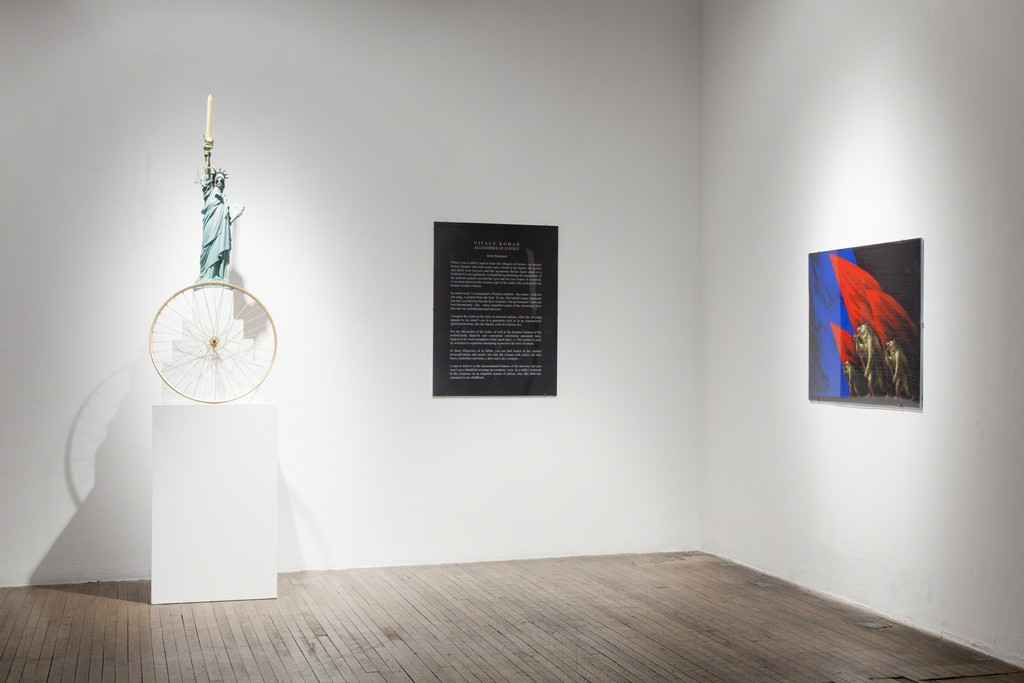 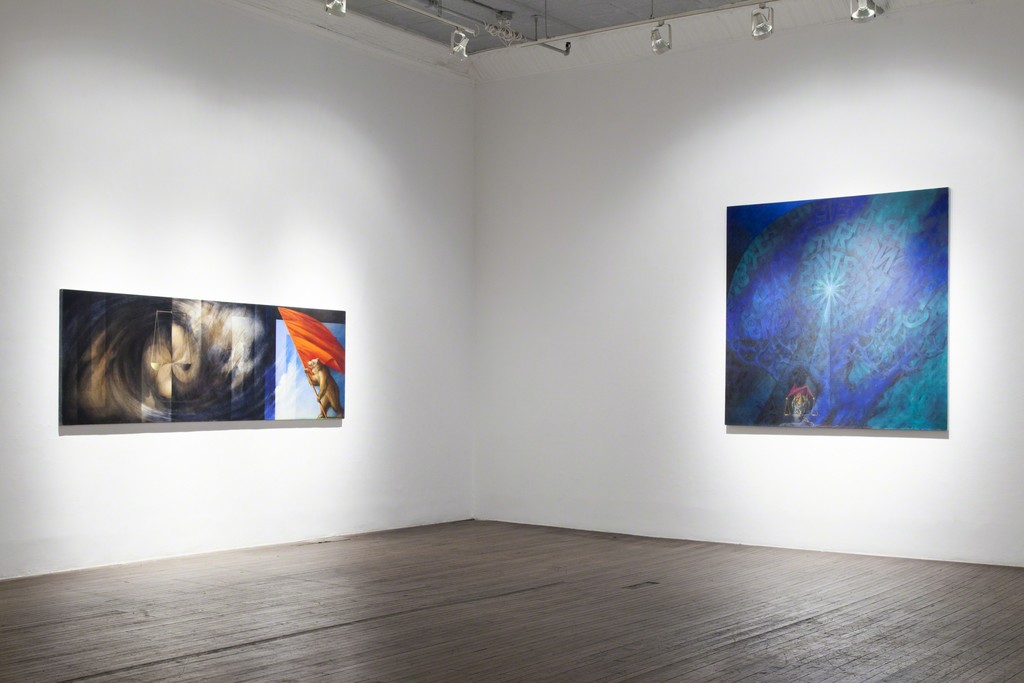 When I was a child, I used to draw the Allegory of Justice – an antique bronze figurine who held scales and a sword in her hands. My mother and father were lawyers, and this mysterious female figure stood on a bookshelf in our apartment. A blindfold (symbolizing the impartiality of the judicial system) covered her eyes, and her foot rested on a serpent. I was most drawn to the concave cups of the scales; they looked like the bronze woman’s breasts. Vitaly Komar 2015

Ronald Feldman Fine Arts will exhibit paintings, drawings, and sculpture by Vitaly Komar. In the new series, Allegories of Justice, 2010-2014, Komar imbues the tradition of allegorical art, not only with a moral truth, but also with a contemporary perspective and virtuoso painting. The series takes as its truth the transcendental balance of the physical universe, against which our societal justice must be measured. Pop art-style irony gives new meaning to the statue of justice symbol, which, in a sense, has become a cliché that has lost its meaning. The multi-layered theme of Allegories of Justice suggests another truth: the loss of childhood innocence.

The bear, both an ancient symbol of primordial power and Russia, and other creatures such as birds, butterflies, a serpent, a deer, and a cat, rendered in classical chiaroscuro style, represent the struggle between forces of “good and evil” that play out against abstract backgrounds that evoke the energy of the cosmos. One painting shows the bear driving a bulldozer – a reference to the infamous government demolition of the Moscow outdoor art exhibition in 1974 in which Komar & Melamid took part. Other paintings include Sentence to the Hunter, which illustrates the harsh justice of the Greek goddess Diana: an allegory also painted by Titian and Rubens. Victory Over the Sun, titled after the Russian opera, represents the dualities of balanced and unfair justice as light and shade.

Two paintings contrast reality with the ideal. The Bear’s Justice is an eclectic diptych that shows an ephemeral illusion of independence and separation of the judicial branch (lady with the scale) and executive branch (bear with an ax). Yin Yang as a Scale presents an abstract vision of perfect balance, analogous to the duality represented by the mathematics equal sign (“=“). The concept and images of the exhibition can be read as a reflection on the current international political situation.

Komar writes: I want to believe in the transcendental balance of the universe, but you won’t see a blindfold covering my creatures’ eyes {the eyes of justice}. As a child, I believed in the existence of an impartial system of justice; alas, this faith has remained in my childhood.