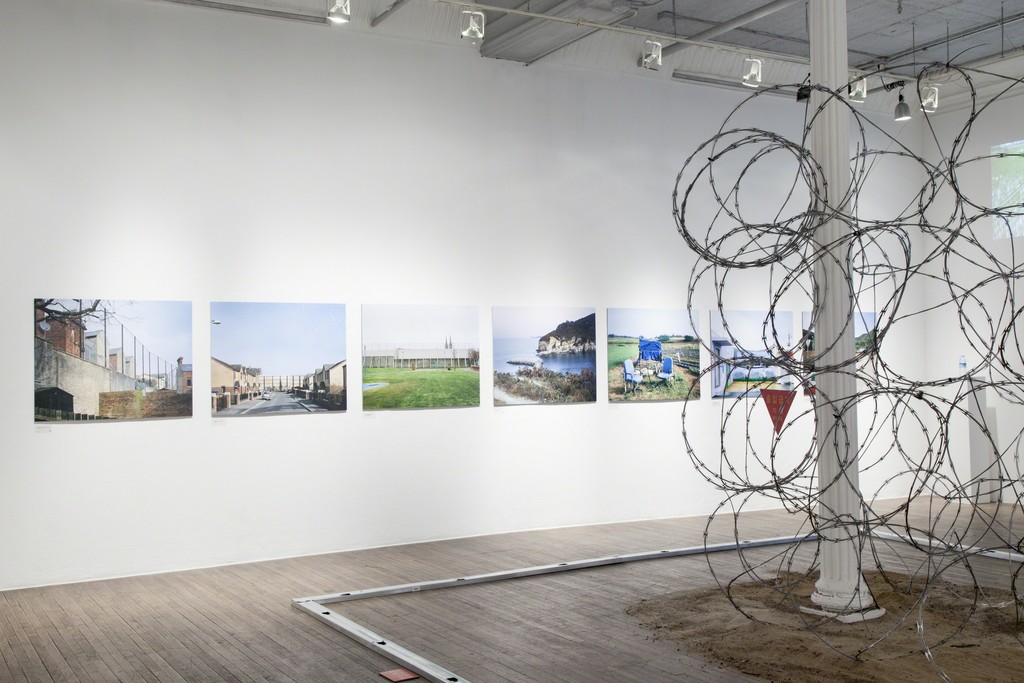 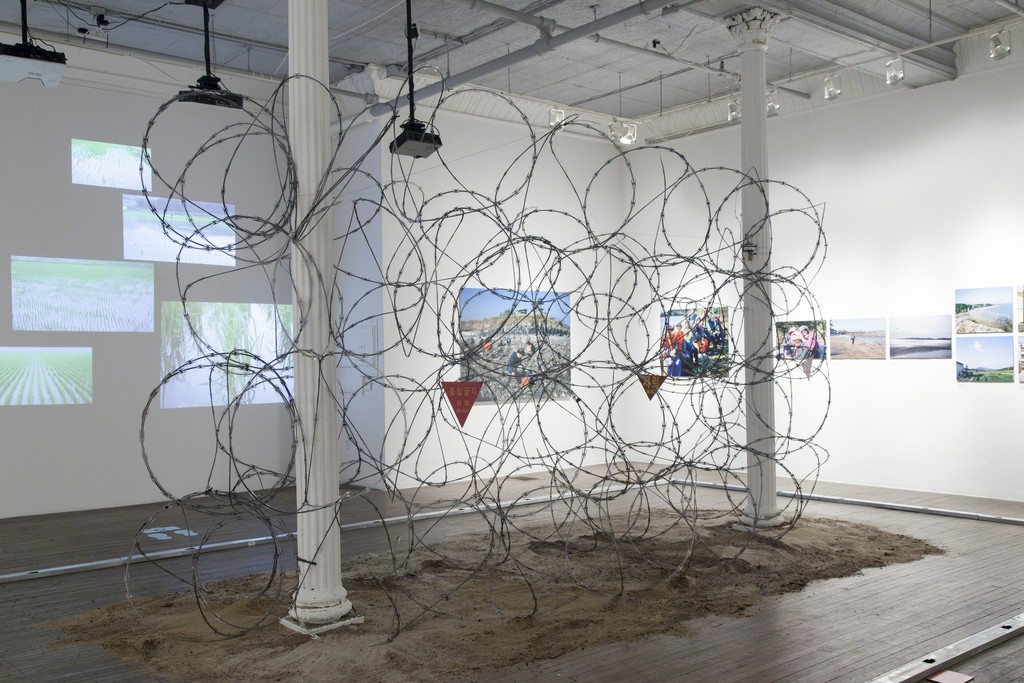 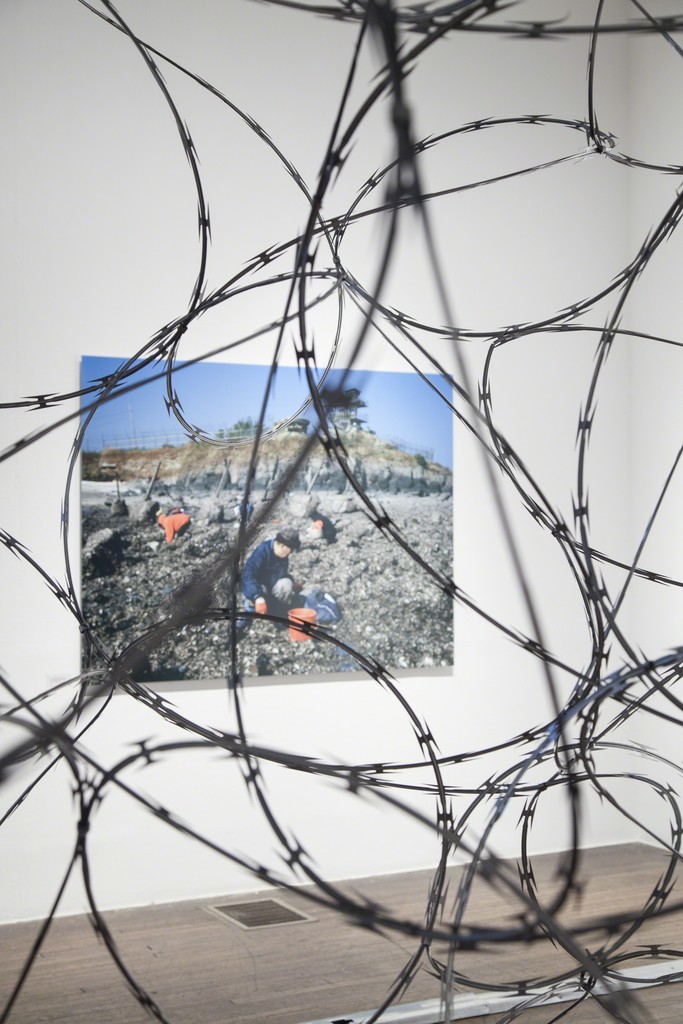 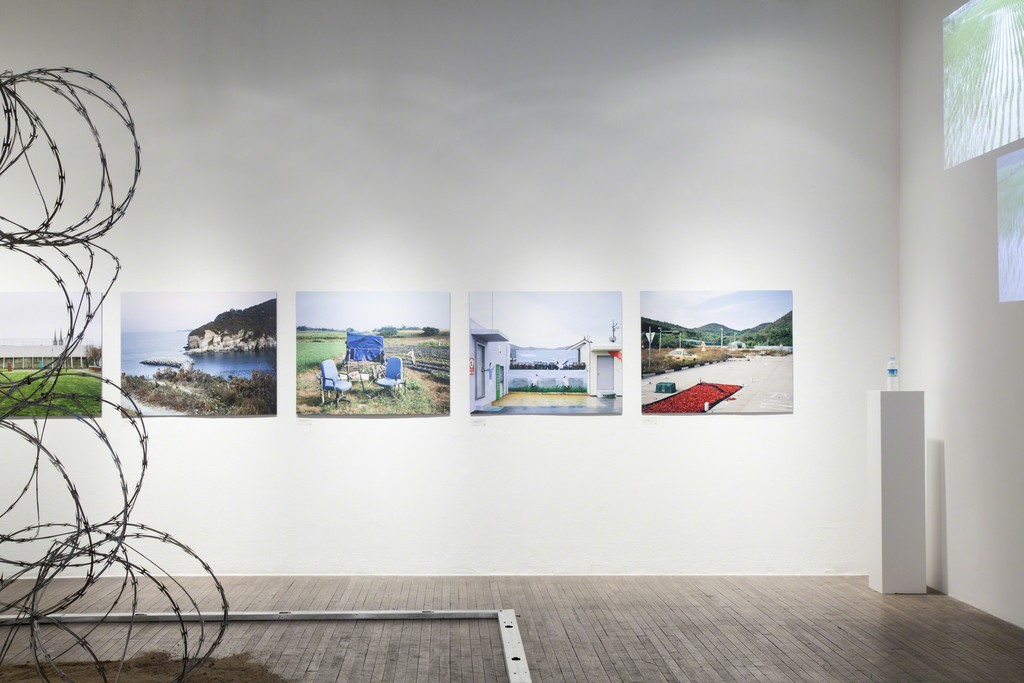 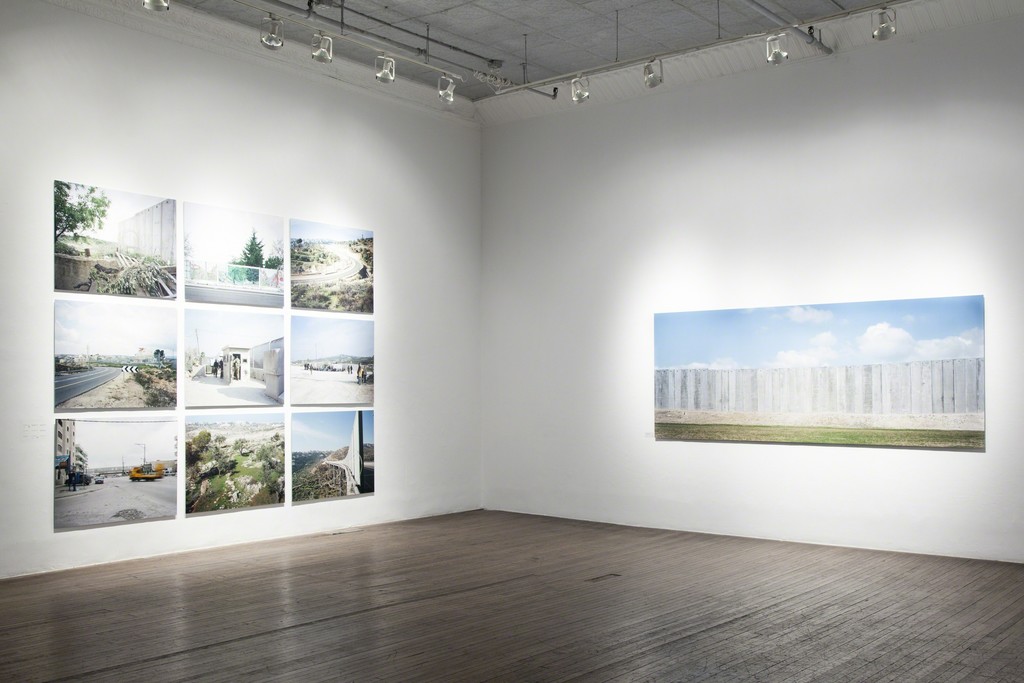 Because Ms. Garbasz’s works are so understated, the enormity of what they represent may be lost.
Ken Johnson, THE NEW YORK TIMES, 2014

Yishay Garbasz, a British-Israeli artist, will exhibit Severed Connections: Do what I say or they will kill you, a body of work based on her travels to Korea, the West Bank, and Belfast. In each of these locations, barriers exist as single lines of defense to separate warring groups living in close proximity. Through photography, video, and sculpture, the artist conceptualizes the architecture of separation with an anthropologist’s sensibility. Garbasz challenges the assumption that good fences make good neighbors, maintaining that severing connections between groups creates a culture of fear that allows a government to control its people.

The Korea series was created during a residency in 2013 - 2014 when Garbasz lived near the NLL, the Northern Limit Line in South Korea that separates North and South Korea. She mines the irony of the region’s natural fecundity, untouched by industrialization, as well as the incongruities of the routines of daily life being played out against the backdrop of militarization. Two video installations dominate the gallery space: Dragon Teeth, a projected seascape that depicts the I-beams planted to impale ships; and a grouping of videos of verdant rice fields, hung salon-style. The series contains a rich lode in its details. A sculpture of coiled razor wire vibrates periodically to produce a piercing sound. Also on view are signs warning of mines and commercial bottles of the prized water from the DMZ. Designated places on the floor indicate where photography is allowed, alluding to the military zone as a tourist destination.

The photographs of Belfast from 2015 depict metal-grated fences towering over small brick homes on eerily empty streets. Called “Peace Fences,” they were increased and enlarged after the peace agreement of 1998 to prevent the throwing of explosives between the contiguous Protestant and Catholic neighborhoods. The photographs allow the viewer to contemplate what qualities of urban life are lost when barriers dominate the landscape. In contrast to the Belfast series, despairing images at the site of the monumental Israeli West Bank wall from 2004 and 2005 offer little hope for resolution.

An audio guide, in which the artist describes her personal experiences, and a display of published maps with locations of barriers expand the context of the exhibition.

Ronald Feldman Fine Arts has previously exhibited two major projects by Garbasz: Ritual and Reality, addressing the recent catastrophic failure of the Fukushima power plant in Japan; and In My Mother’s Footsteps, photographs of her mother’s route during the Bergen-Belsen death march in Nazi Germany, which were published by Hatje Cantz and nominated for the Deutscher-Fotobuchpreis in 2010. The series was also included in the 2010 Busan Biennale in Busan, The Republic of Korea. Works chronicling the changes in Garbasz’s body before and after gender clarification surgery were included in the Feldman Gallery group exhibition Have We Met Before? in 2012. Her photographs are currently on view in a group show, In the Wake: Japanese Photographers Respond to 3-11, at the Boston Museum of Fine Arts through July 12, 2015.