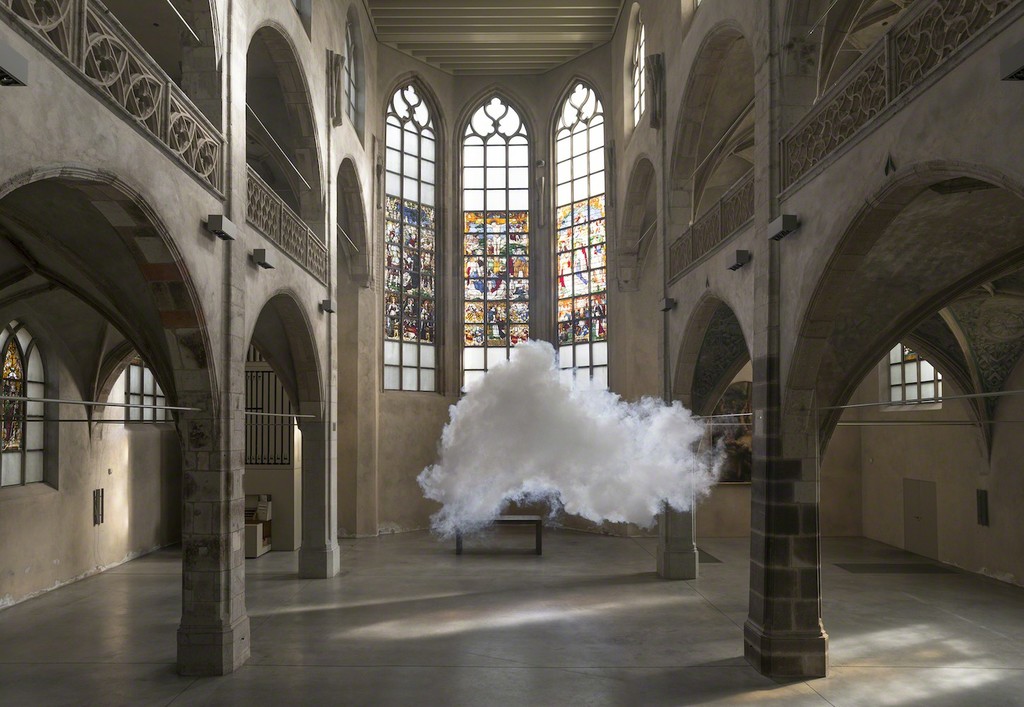 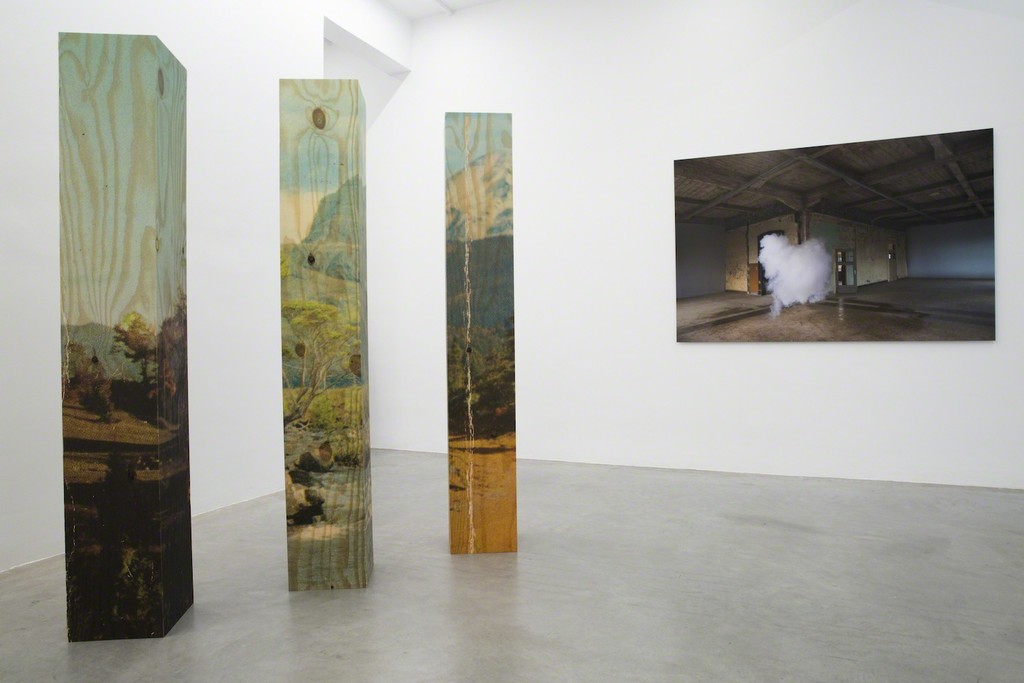 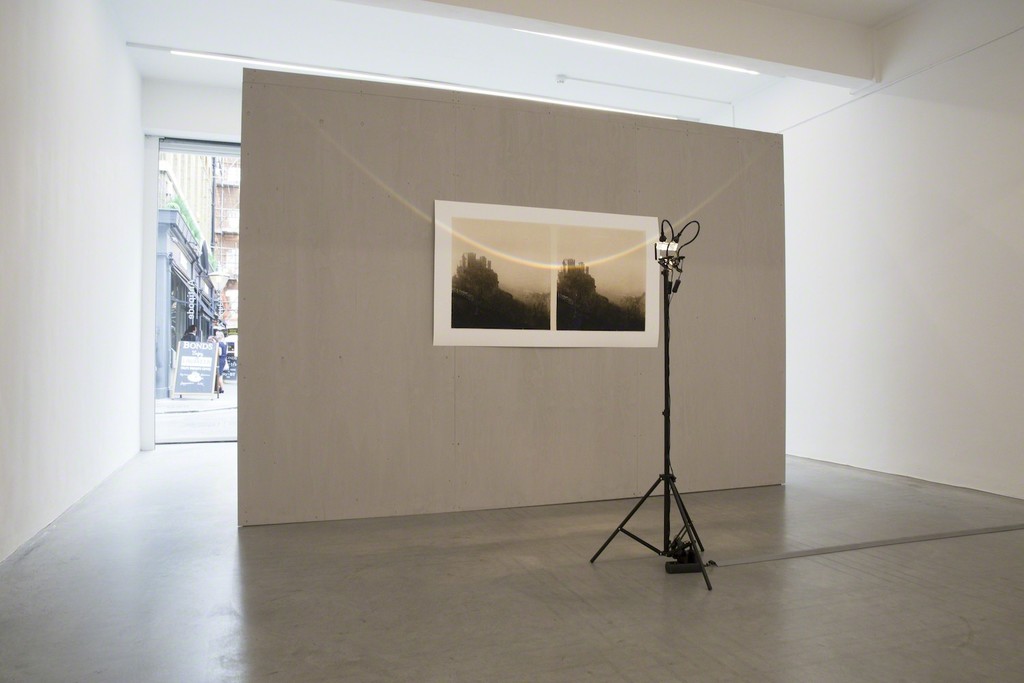 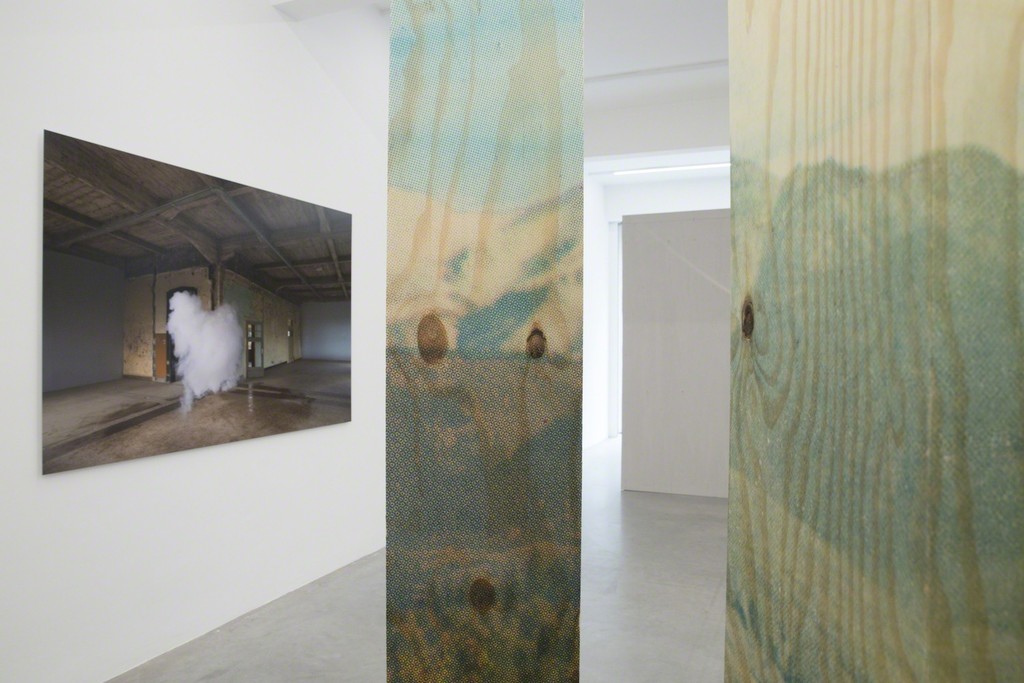 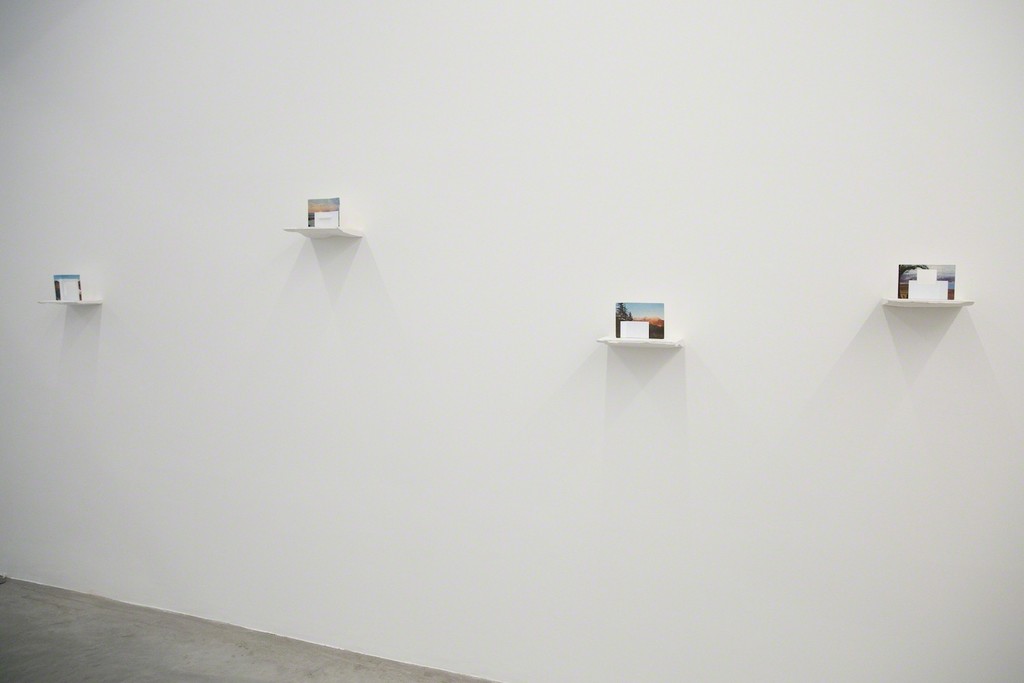 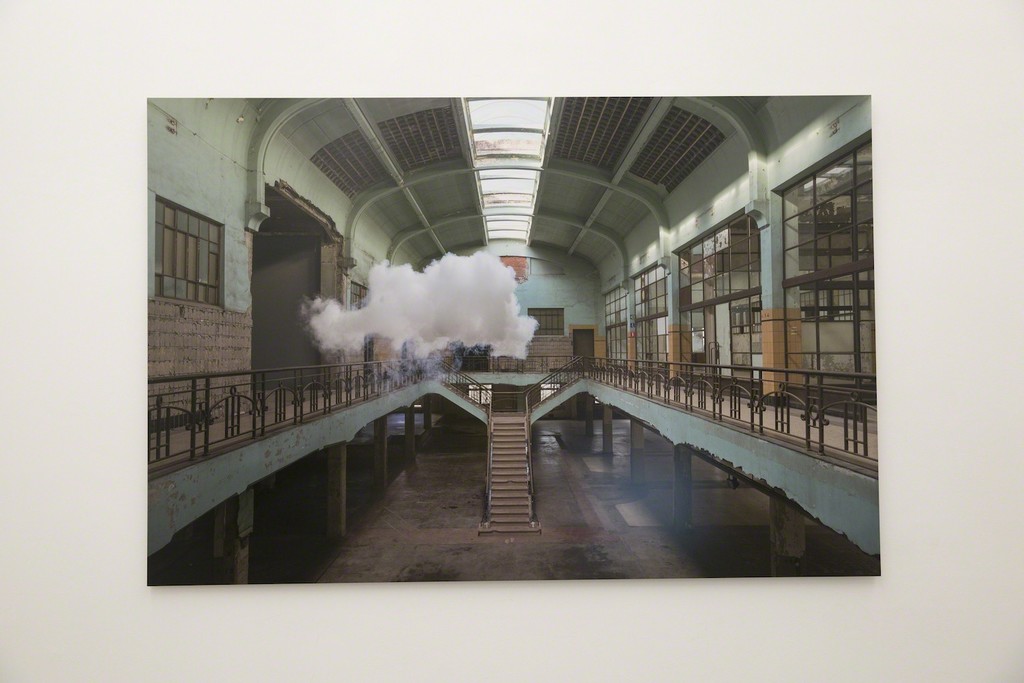 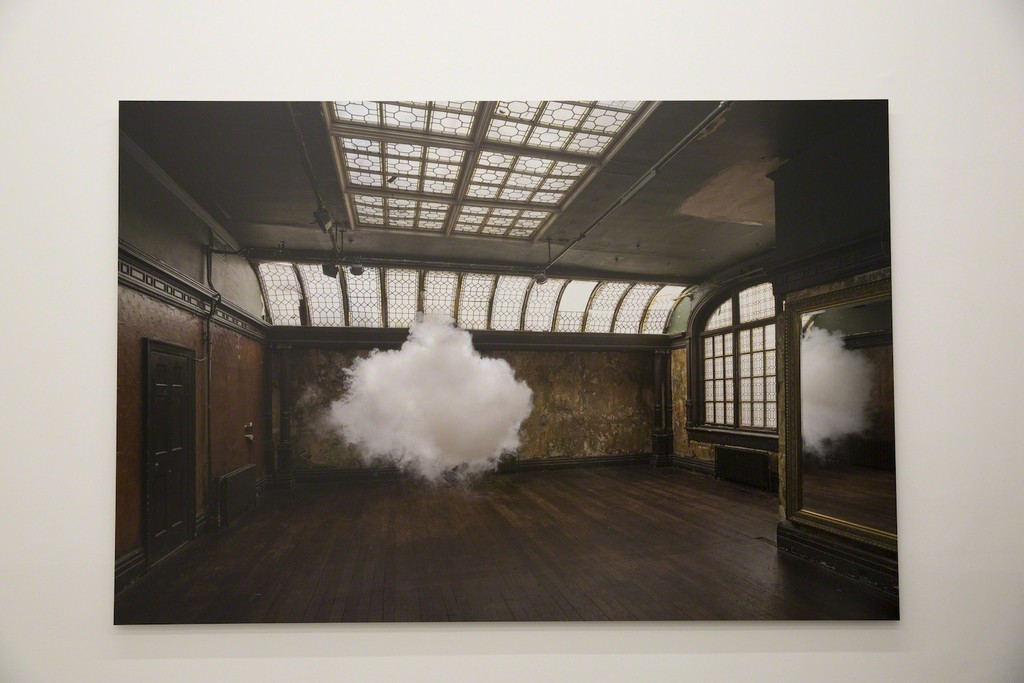 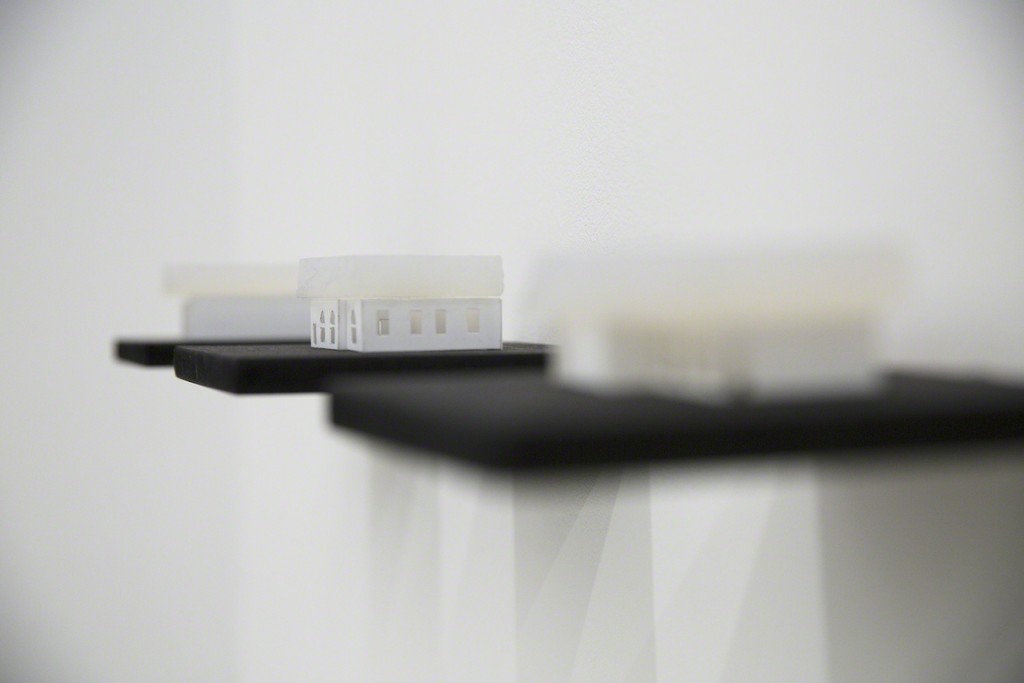 Smilde has become known for his Nimbus series comprised of striking images of ‘real’ clouds suspended within empty rooms. Using a fog machine, he carefully adjusts the temperature and humidity to produce clouds just long enough to be photographed. There is a unique ephemeral aspect to the work where the photograph captures a very brief moment before the cloud dissipates, disappearing as mysteriously as it was formed.

Smilde’s work centres on an impermanent state of being between construction and deconstruction and is often about situations that deal with duality. The exhibition title Antipode takes its name from the geographical term which refers to parts of the earth diametrically opposite each other. By exploring space and playing with perception, he lends his vision to the uncanny. His works question the inside and outside, size, the function of materials and architectural elements.

Working in a site specific way, the artist reacts to the architecture or history of a location. The recent locations Smilde has chosen to work in are all in some way connected to exhibition spaces. For Nimbus Sankt Peter he produced a cloud inside a gothic cathedral in Cologne, Germany, at the Kunst-Station Sankt Peter, a site previously used by artists including Francis Bacon, Anish Kapoor and Cindy Sherman.

Further Nimbus works will be created in the UK, the USA and inside The Hallen, a contemporary art museum in Haarlem, The Netherlands. These spaces function as a plinth for the work and the clouds create a collision between the original state of the space and its actual function. Smilde explains:

‘If you take away or reposition objects that occupy buildings and spaces, there is a stronger emphasis on the bare architectural elements that define a space. That's where I start working from.'

In a miniature version of Kammerspiele - an on-going work Smilde has presented in different formats since 2011 and most recently at the Bonnefantenmuseum in Maastricht in 2013 – found postcards of idyllic landscapes are ruptured with blocks of miniature white tiles creating friction between ideal and functionality. Smilde deconstructs the ideal landscape and uses the viewer’s free navigation, so that a clear-cut perspective disappears.

In Antipode Smilde projects a colour spectrum onto an image of a dark landscape featuring a romantic old castle. The work explores the suggestion of a rainbow and its connotations of perfection and promise juxtaposed with the fact it is projected upside down and alongside the isolation of the solitary castle. The image of the castle originates from a card made for a stereoscope, one of the first attempts to see images in 3D.