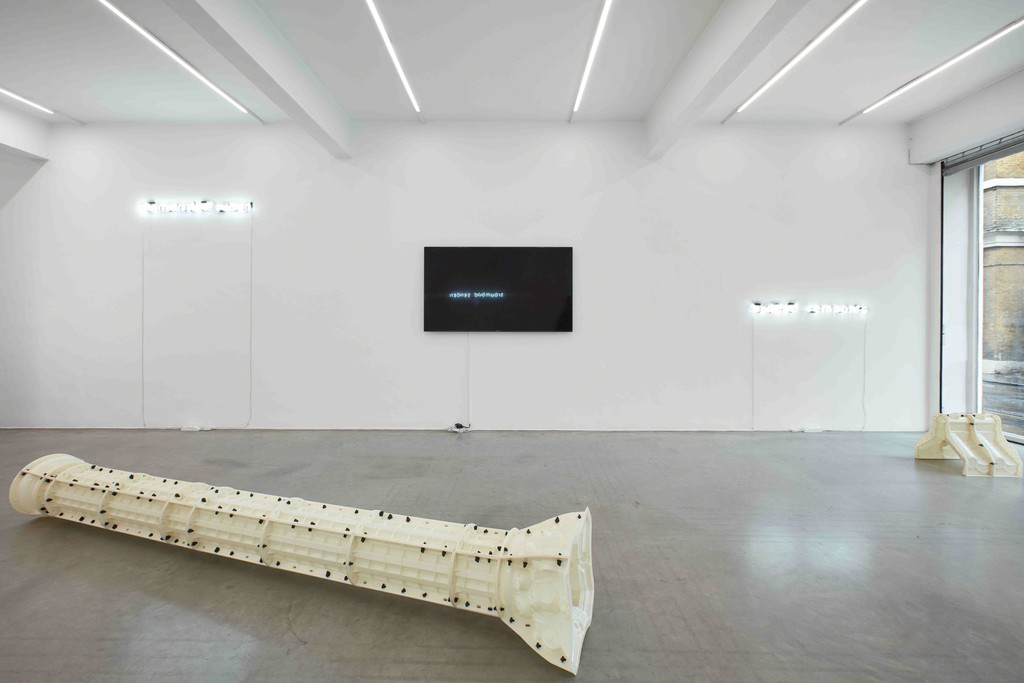 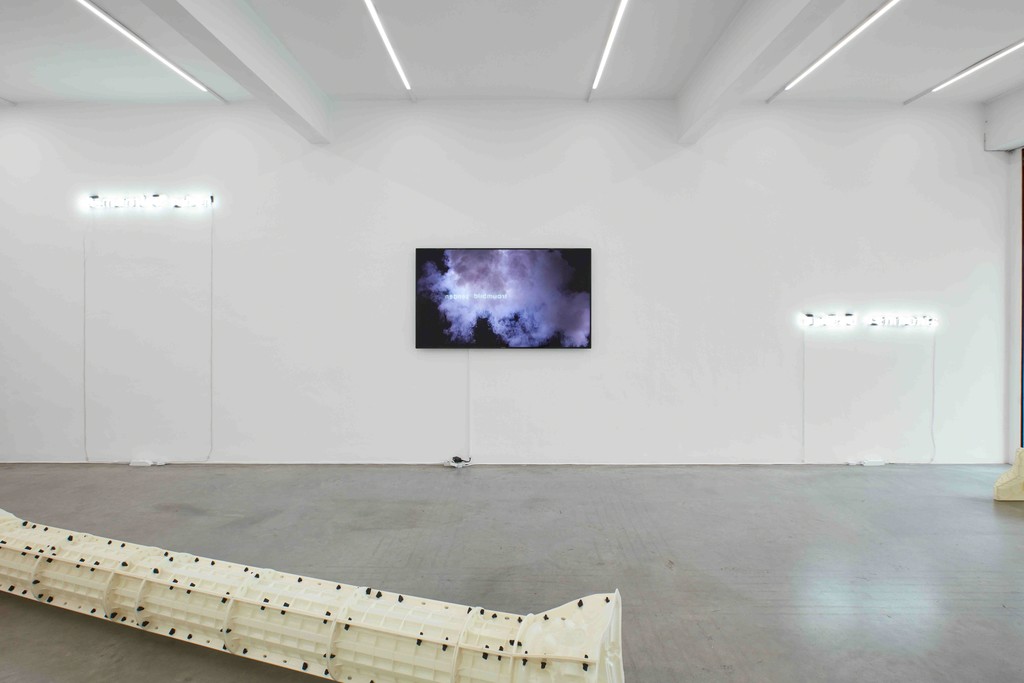 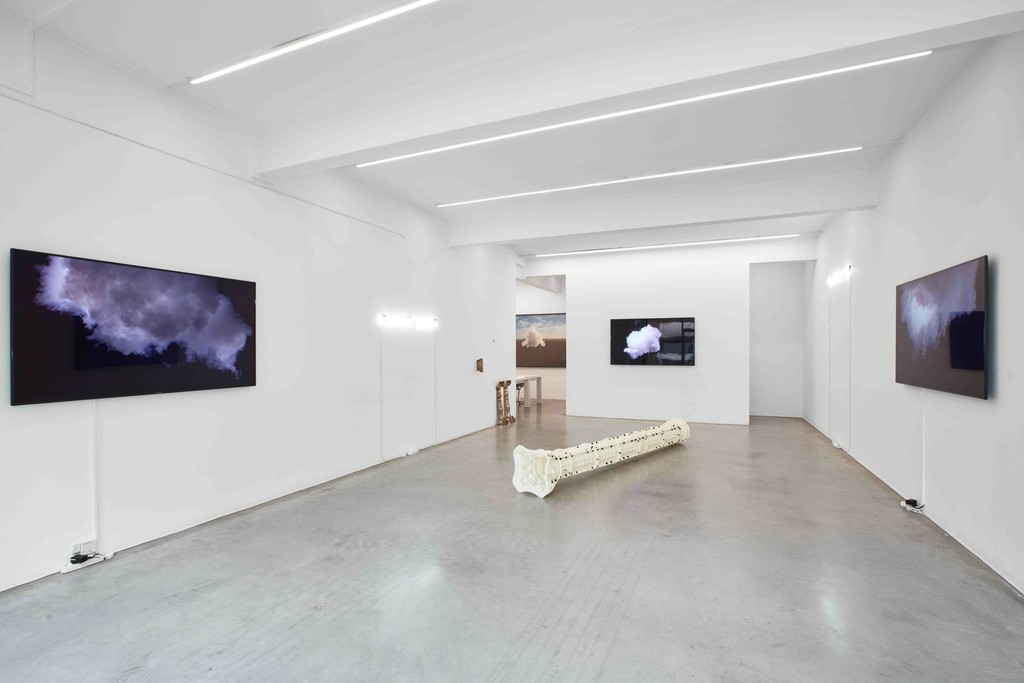 Ronchini Gallery is very pleased to present our second solo exhibition of Dutch artist
Berndnaut Smilde. This multidisciplinary exhibition features a new video installation,
sculpture and neon wall works alongside his well known Nimbus photography series. The
exhibition also coincides with the release of Smilde’s first monograph, Builded Remnants,
published by Damiani.
Smilde explores the physical de-construction and re-construction of materials; light, space,
atmosphere and experience in relation to his architectural environment. Creating a new
moment between the realms of reality and the temporal, each element in the exhibition
forms a physical construct, if only for a fragment of time.
The title of the exhibition, Dismantled Ruben, is an anagram of Smilde’s name and features
as one of three neon works along with Traumbild Senden and Builded Remnants. These
neon signs of glass, gas and light are at the same time conceptual and fleeting; changing
narrative when put into a new order and creating a physical in presence of the artists own
identity.
This fascination for changing how we experience both words, and his desire to edit them,
relates to the act of building and Smilde’s process of creation. His on going dialogue with
architecture and buildings is expressed in plastic moulds of Roman pillars. By stripping
them to just the shell, he leaves them in a limbo-like trance wavering between the historical
and infinite to the temporal and fragile. This reference to the way that we build and destroy
as well as the fading of history from our memories is given back to us as a second of
eternity.
His recent residency in Western Australia allowed him to create his first Nimbus clouds
outdoors, whilst reacting to the ancient landscape of the Pilbara region by adding an
ephemeral and artificial phenomenon to this vast nature at the same time. Defying nature and creating clouds in an atmosphere they already exist in, we experience the sensation
from an image we think we experience everyday, into something hyper-real and outerworldly.
Berndnaut Smilde was born in 1978 in Groningen, The Netherlands. He currently lives and
works in Amsterdam. Smilde holds an MA from the Frank Mohr Institute, Groningen.
Selected exhibitions include: Saatchi Gallery, London (2017); RWA Bristol, (2017); Museum
Kranenburgh, (2016); LIAN Contemporary Art Space, Shanghai (solo) (2015); FotoMuseum,
Antwerp, (2015); Ronchini Gallery, London (solo) (2014); Bonnefantenmuseum, Maastricht,
(solo) (2013). Awards include a START stipend from The Netherlands Foundation for Visual
Arts, Design and Architecture, the FORM Artists’ Residency, Perth and Kings County
Hospital, New York.