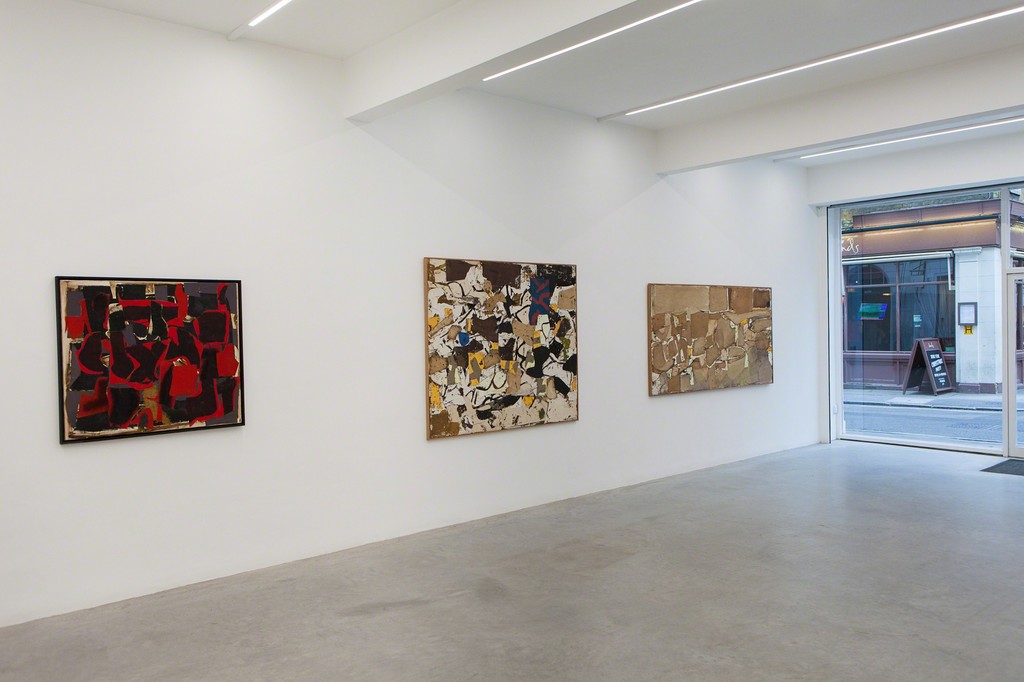 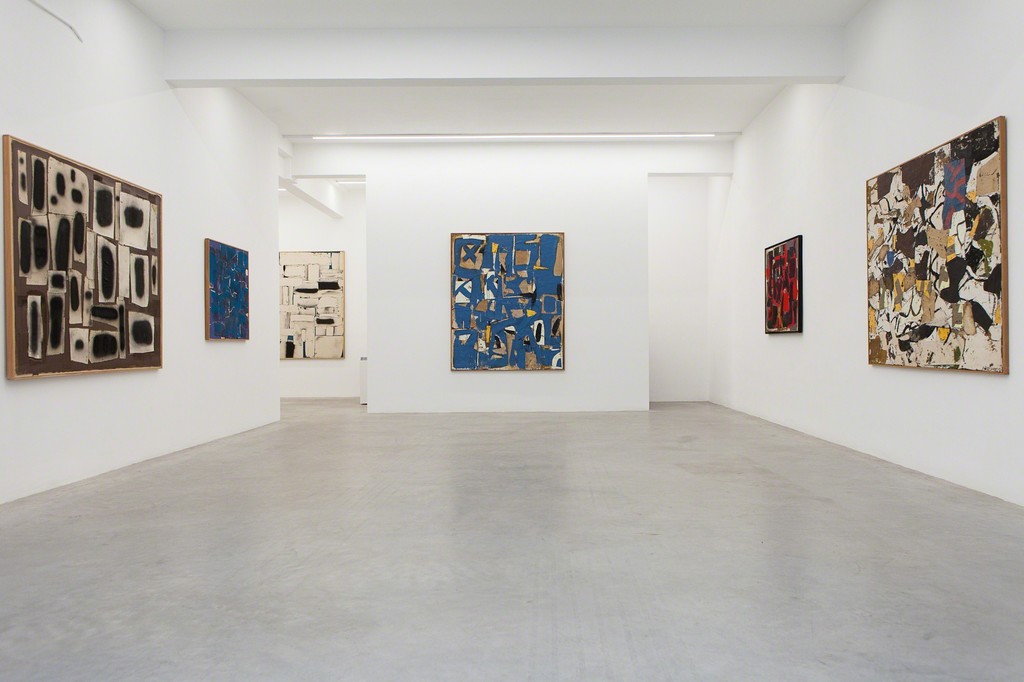 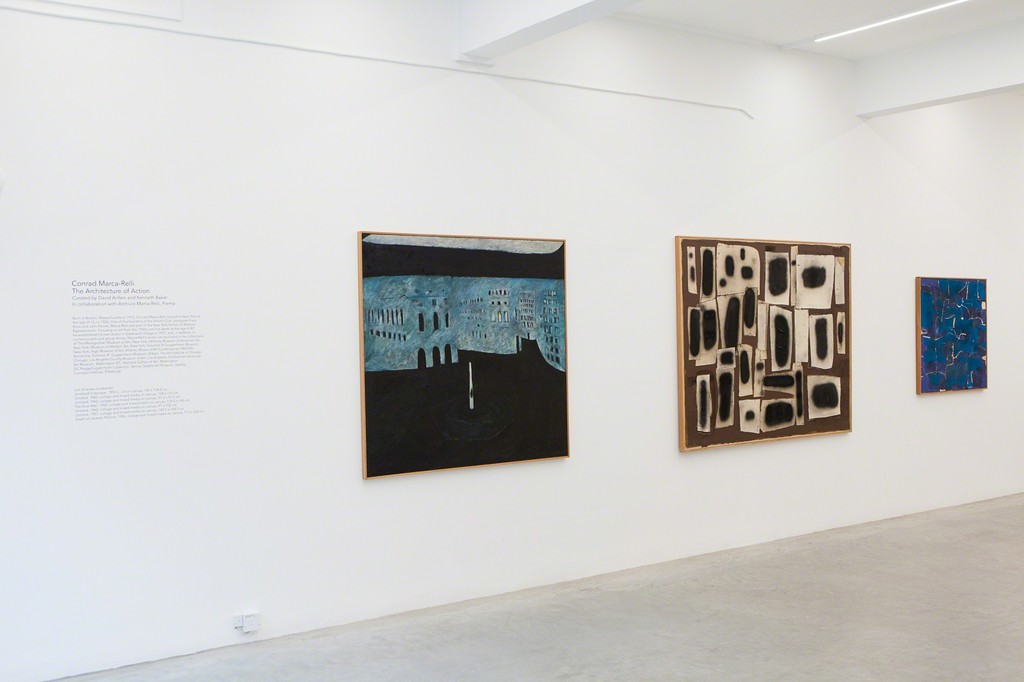 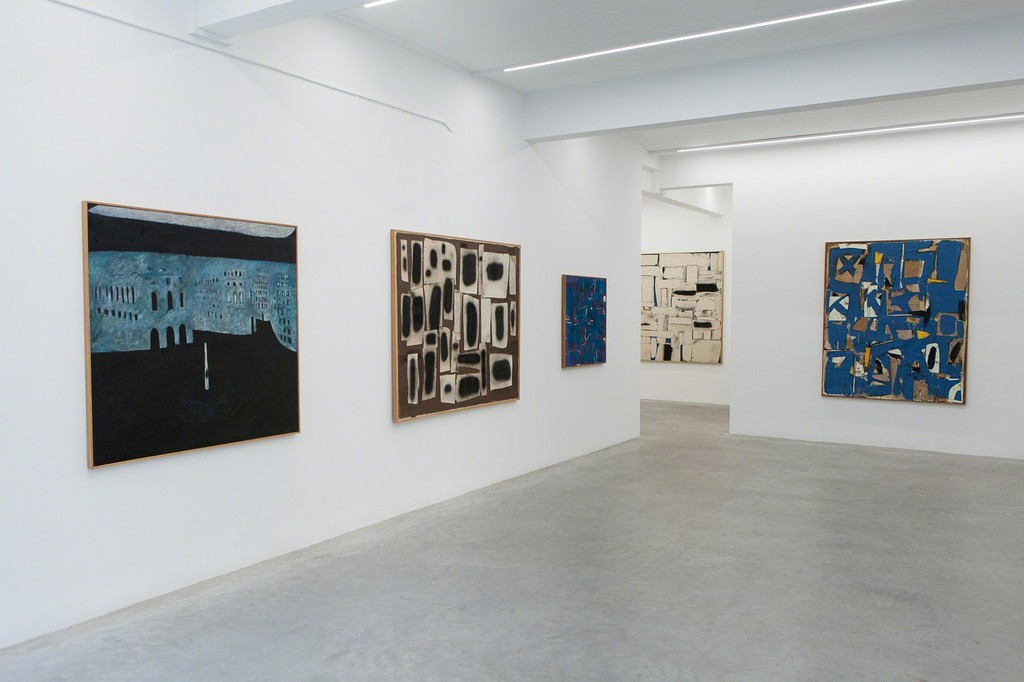 The retrospective will feature a selection of works spanning the pioneering American Abstract Expressionist’s impressive 60 year career.
Born in Boston, Massachusetts, moving permanently to New York City in 1926, Marca-Relli (1913–2000) was a central figure of the New York School of Abstract Expressionism that emerged after the Second World War, alongside Jackson Pollock, Willem de Kooning, Philip Guston and Franz Kline. His name nearly synonymous with collage, Marca-Relli completely redefined the art form famously pioneered by Cubist masters Pablo Picasso and Georges Braque. Collage fascinated Marca-Relli, whose works were often monumental in scale, and combined oil paint and other media.
This exhibition, some 45 years after his first retrospective at the Whitney Museum of American Art in 1967, brings together a selection of works spanning his expansive career, allowing the viewer to chart the evolution of this remarkable artist. Marca-Relli’s works explore various media, with materials ranging from vinyl plastics and cut-out aluminium to various fabrics and patterns provided by newsprint. Over the years these works developed an abstract simplicity, evidenced by black or sombre colours and rectangular shapes isolated on neutral backgrounds. Sometimes entire series consisted only of muted earth tones, while others included splashes of colour, or explorations of various palettes.
A seminal work, Death of Jackson Pollock (1956), is a collage and mixed media on canvas spanning over one metre by two metres, completed soon after the death of Marca-Relli’s close friend and neighbour, Jackson Pollock. Marca-Relli and his wife had grown close to Pollock after moving to Springs in the Hamptons, where Pollock tragically lost control of his car while driving drunk on the night of 11 August 1956. Shortly after he finished the epic tribute to his friend, Marca-Relli left for a stint in Europe and never again returned to live in Springs. Not wanting to take advantage of his friendship, he refused to display the piece to the public until 2000, shortly before his death. Describing the night Pollock died, Marca- Relli wrote:
“We walked a short distance and then I could see the form of a body stretched out on the side of the road. It was Jackson. He was flat on his back, his eyes open. There was no blood, no scars, in fact he looked so beautiful. I just stared. I must have stayed that way for quite a while and then I heard the officer’s voice. “Do you know this man?” “Yes,” I said listlessly, “yes, it’s Jackson Pollock.”
With work in major exhibitions at Peggy Guggenheim Collection, Venice (1998), The Metropolitan Museum of Art, New York (2008) and Solomon R. Guggenheim Museum, New York (2009); Marca-Relli’s works were critical in pushing the boundaries of collage and Abstract Expressionism, and mark him as one of America’s greats.