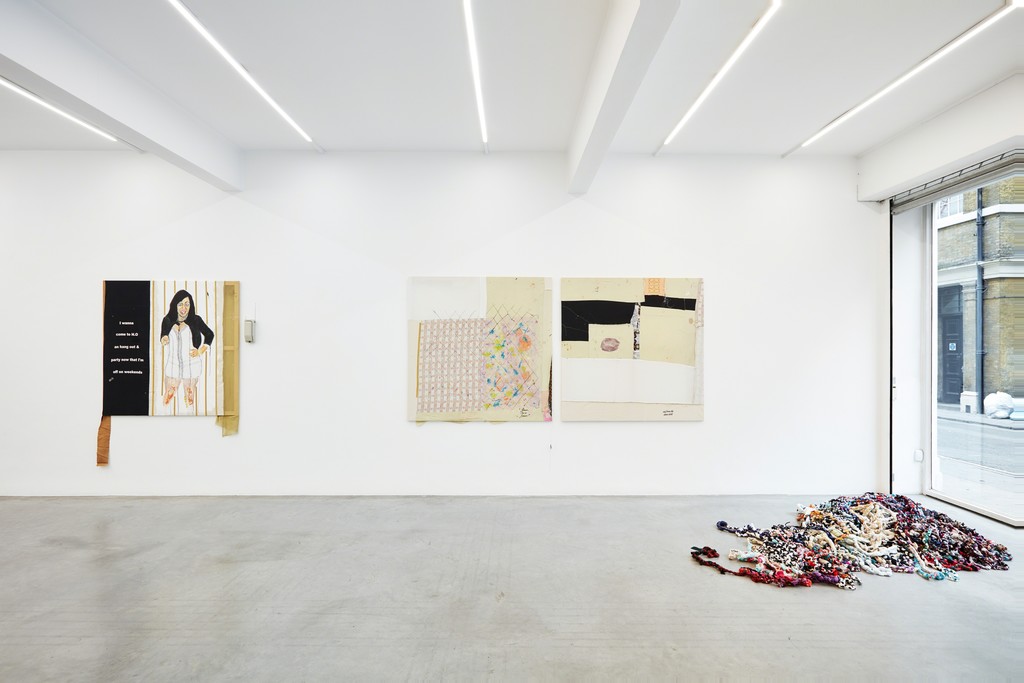 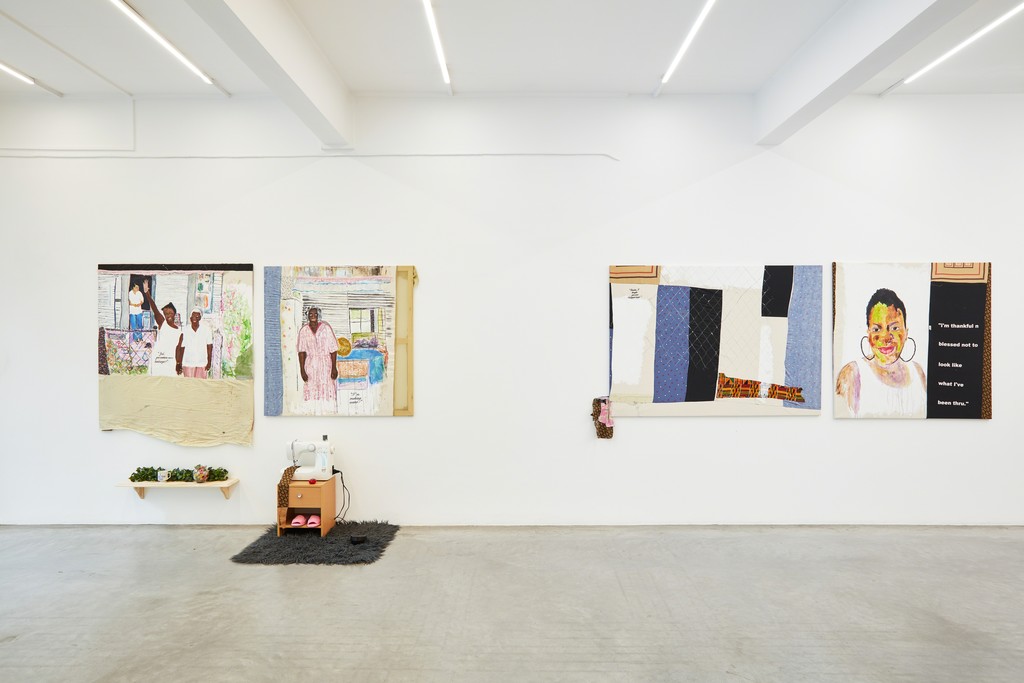 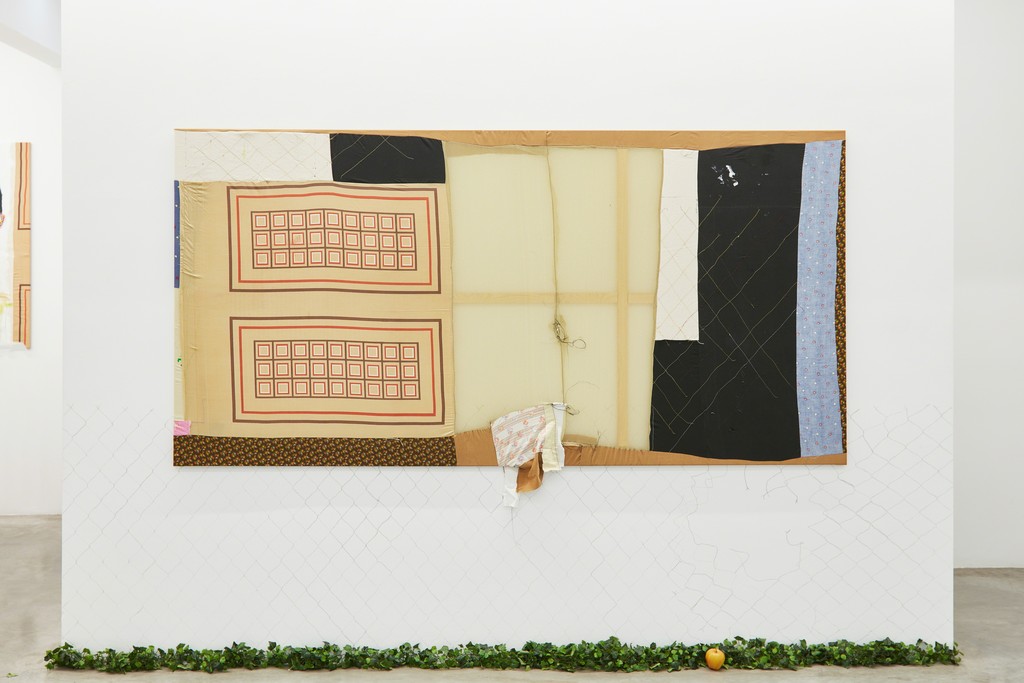 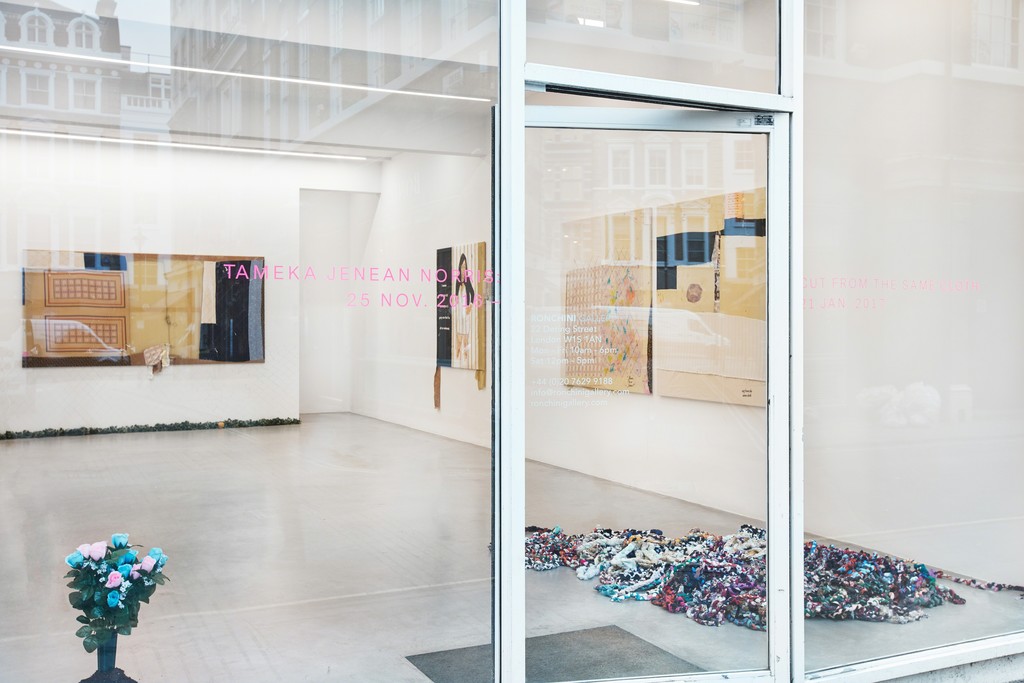 Drawing upon her journey of growing up on the Mississippi Gulf Coast and spending 15 years navigating Los Angeles, Norris addresses issues in music, art, academia, sexual exploitation and street-life; all experiences of which she has been the subject, actor or agent. Her work scrutinises identity, self-exploration, discovering and owning one’s image and critiques contemporary social issues surrounding the appropriation of black culture and female-identity.

For her second show with Ronchini Gallery, Norris presents new paintings that portray members of her family along the Mississippi Gulf Coast. Painted from pre-existing imagery, source images include material found online through Facebook, the internet and the artist’s own photos. These found photographs sometimes appear slightly out of focus, adding layers of abstraction to the image. The artist explains;

‘In the process of striving to achieve a better life, many people (and particularly those of colour from lower socio-economic backgrounds) typically end up having to leave the community they grew up in often resulting in a type of isolation and detached relationship with family. For me, painting these portraits was a way to reconnect with relatives I had become estranged from. By looking at the images and in the eyes of the subjects, I am trying to get closer to them attempting to create some level of intimacy. Some of the subjects have deceased or are incarcerated while others I have been able to reach via social media - but rarely in person. Part of the work is about starting conversations with my family or reconciling some rift between us. My goal with this exhibition create a family tree of sorts and attempt to untangle the line of systematic oppression that has burdened my family and black American culture at large.’

The portraits lead on from the artist’s exhibition at the gallery in 2014, Almost Acquaintances, which included abstract paintings with titles such as Joel and Bernadine named after female family members and depicting buildings and scenes from her childhood home of Gulfport and Biloxi affected by Hurricane Katrina. The works explored the dilapidating effect of the event on local communities and their personal stories.

Also on show will be abstract fabric works as well as an installation of a large woven braid, made with the recurrent theme of found materials as a physical metaphor for histories and memories.

Norris’ ability to speak in a tongue-in-cheek manner about issues that are commonly elephants in the room is part of what makes her work both captivating and challenging. Her previous works explore a variety of materials including a series dedicated to the artist’s semi-autobiographical character ‘Meka Jean’, who endeavours to improve herself, to seek artistic success and individual empowerment. Norris challenges the ways music videos, stereotypes and the media have defined her perception of race and identity by creating videos which knowingly quote art history and popular culture. In 2015, Norris debuted a feature length film titled How She Got Good at Prospect.3 in New Orleans, which was curated by Franklin Sirmans. The film sees ‘Meka Jean’ mimic overtly sexualized female characters in rap videos and portrays a number of personas including: a groupie, a video dancer, a diva, a self-empowered artist, an artist with heartrending nerves, a collaborator, a sexy woman, a smart and serious woman and a woman of colour, amongst others. In conjunction with the international tour of the film, Norris released the 4-song EP Ivy League Ratchet in January 2016, an autobiographical comment on the artist’s past endeavours as a musician and a graduate from Yale University’s renowned master’s arts programme.