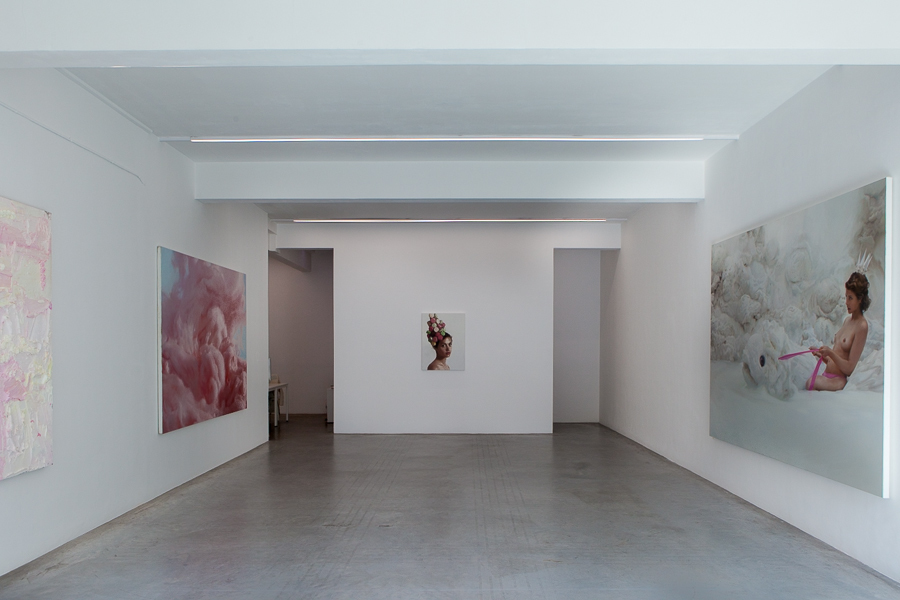 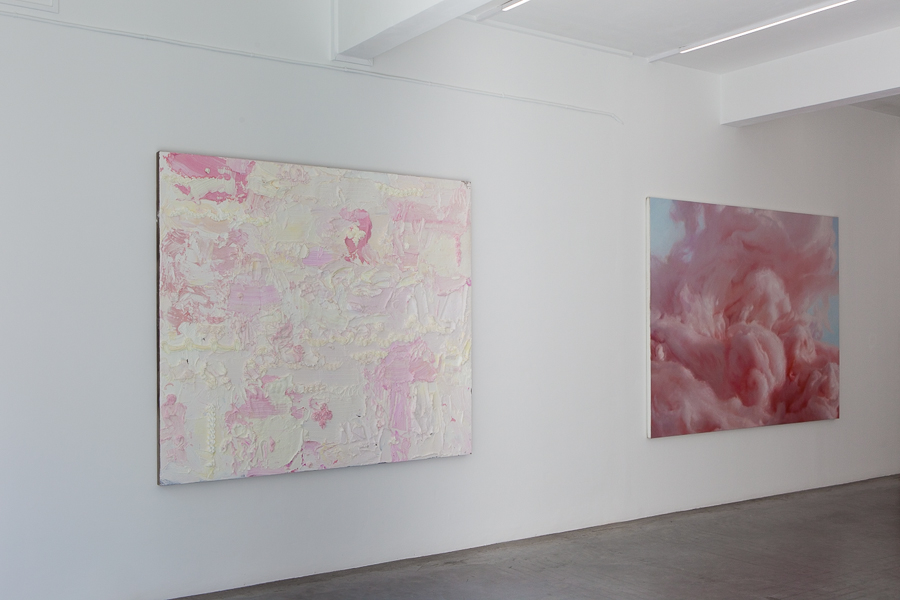 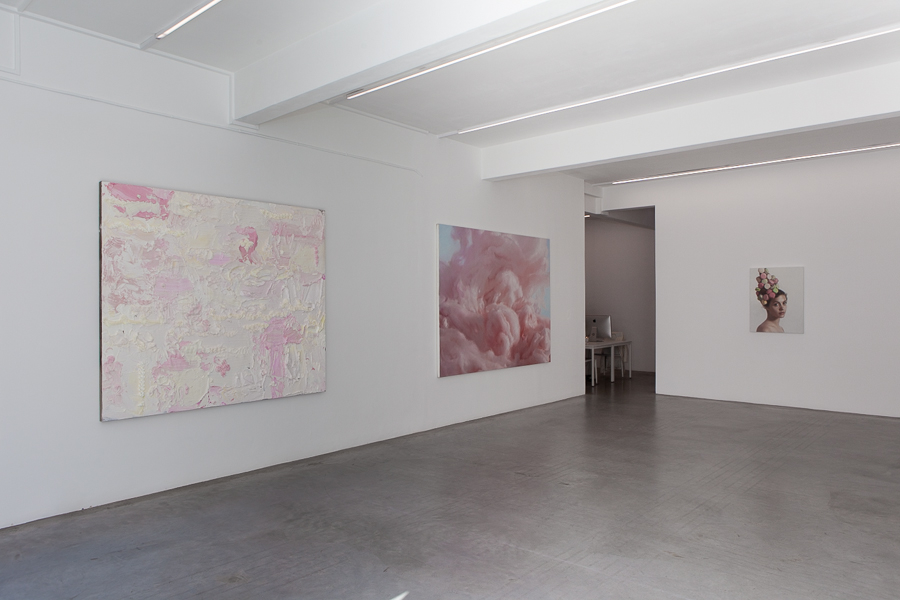 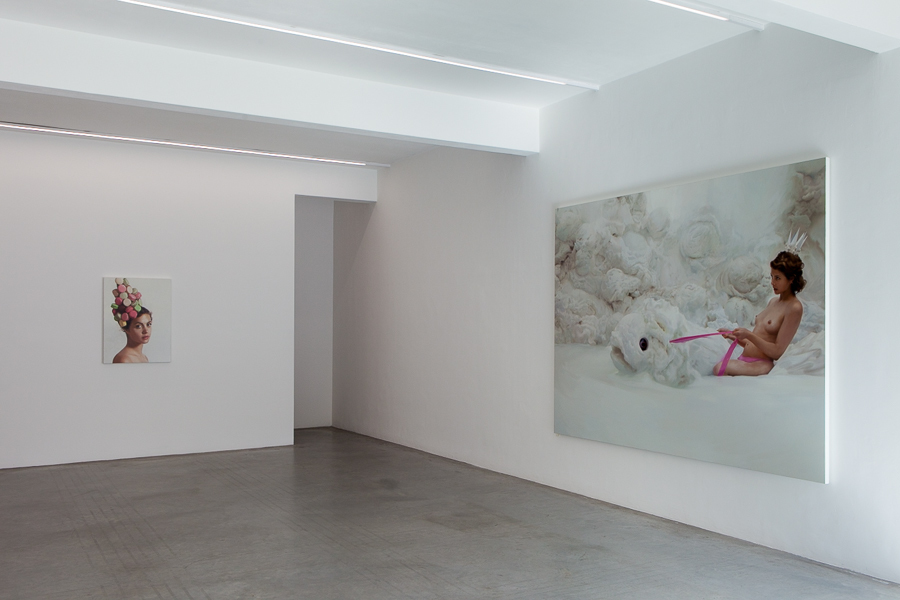 Based in New York, Cotton is known for his works depicting landscapes of a flawed utopia composed of sweets, pastries and melting ice cream, often occupied by pinup style models.
Elegantly created and strategically composed, Cotton’s works are layered with cultural references from European 18th-century masters to American mid-century pinup painting.
He makes paintings about the pure, the fragrant, the land of plenty, the desirable and the dream of perfection and complete indulgence. Through works which are sincere and masterfully executed, he uses food as an allegory for the human condition; sweets become a substitute for everything desirable and a metaphor for pure pleasure. Cotton explains: ‘Sweetness taken to an extreme degree, as it is in my paintings, becomes cloying, even repulsive and that’s where it gets interesting for me.’
Cotton starts his process by building maquettes in his New York studio to paint from. These can range from table-top scenery to life-sized sets occupied by models dressed in confectionary costumes that Cotton has created. Constructing these sets allows the artist to see surprising and often unexpected details, enabling him to recreate textures and details in such a way that viewing the works becomes a tactile experience.
In The Deferred Promise of Complete Satisfaction, inspired by formal portraiture, a woman is adorned in a headdress made entirely of Ladurée macaroons. Her desire for self-decoration and alimentary longing are conflated into one singular and inherently absurd gesture, speaking to the impossibility of actual satiation.
In the highly structured and dense landscape painting, The Coming Storm, an ominous pink cloud of cotton candy fills an infinitely vast sky. The title is a reference to a popular subject of 19th and early 20th century landscape painting in which the sublime power of nature is represented by a threatening sky. In the painting the sublime is confectionary and the threat is complete immersion in an atmosphere of one's own desires.
Beyond the Pleasure Principle is a pristine depiction of paradise, in which an iconic nude woman is riding on a sea creature in an ocean of melted ice cream. The creature itself bears a material resemblance to its own surroundings, as if ice cream has taken on animate form. The composition of the work is loosely inspired by a pair of Boucher paintings in the Wallace Collection depicting sunrise and sunset, with foregrounds populated by sea nymphs riding on dolphins.
The abstract painting, Persistence of Desire 3, is an exploration of material and symbolic colour. Made using a mixture of oil paint and wax, much of it applied with a pastry bag, and other tools associated with cake decoration, the work has a distinct subject matter. Cotton is interested in cake decoration as a form of adornment and architectural ornamentation, a symbolic indication of reverence for an object that exists only for pleasure.