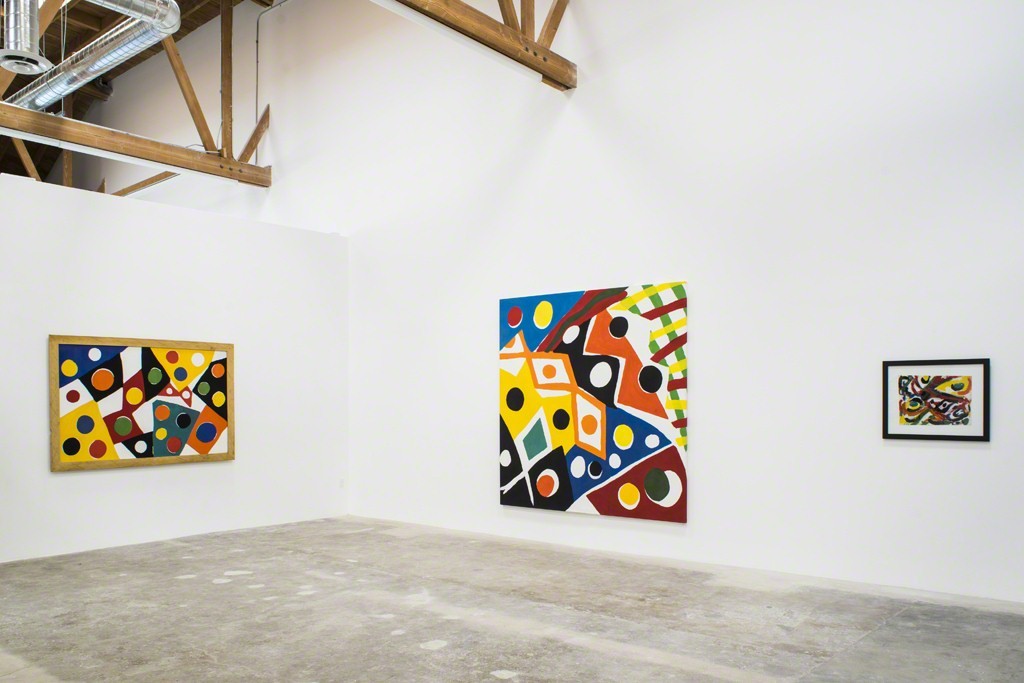 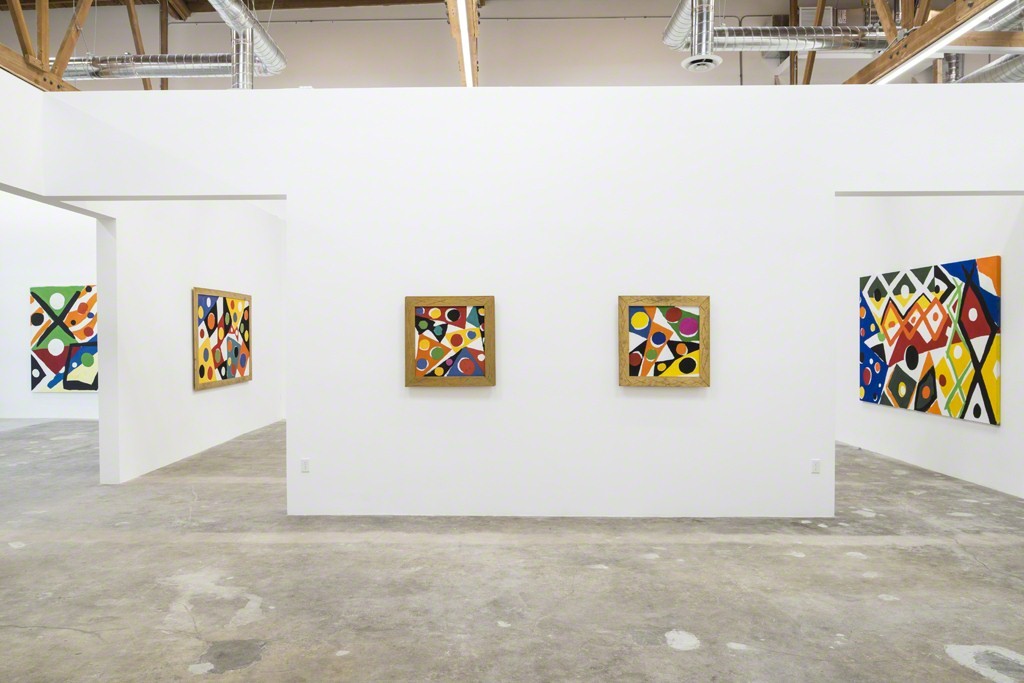 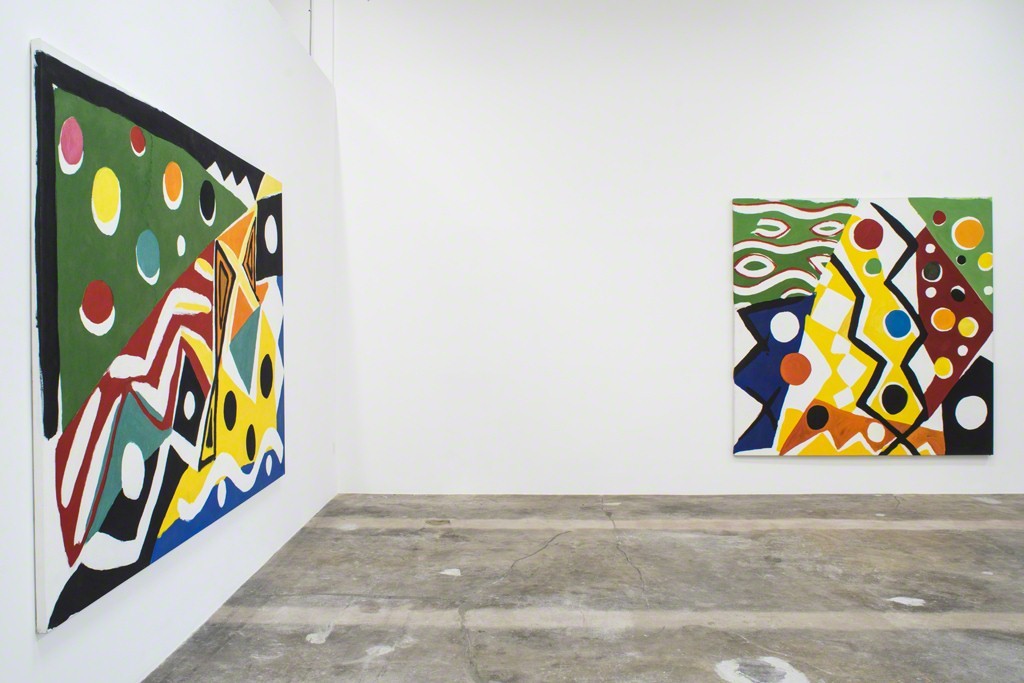 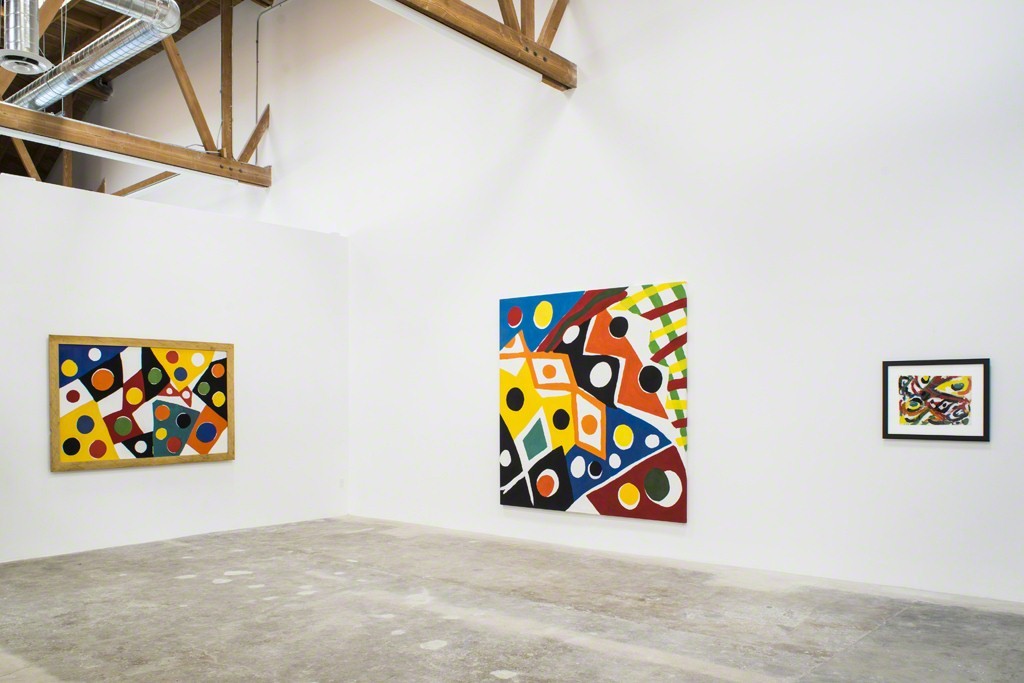 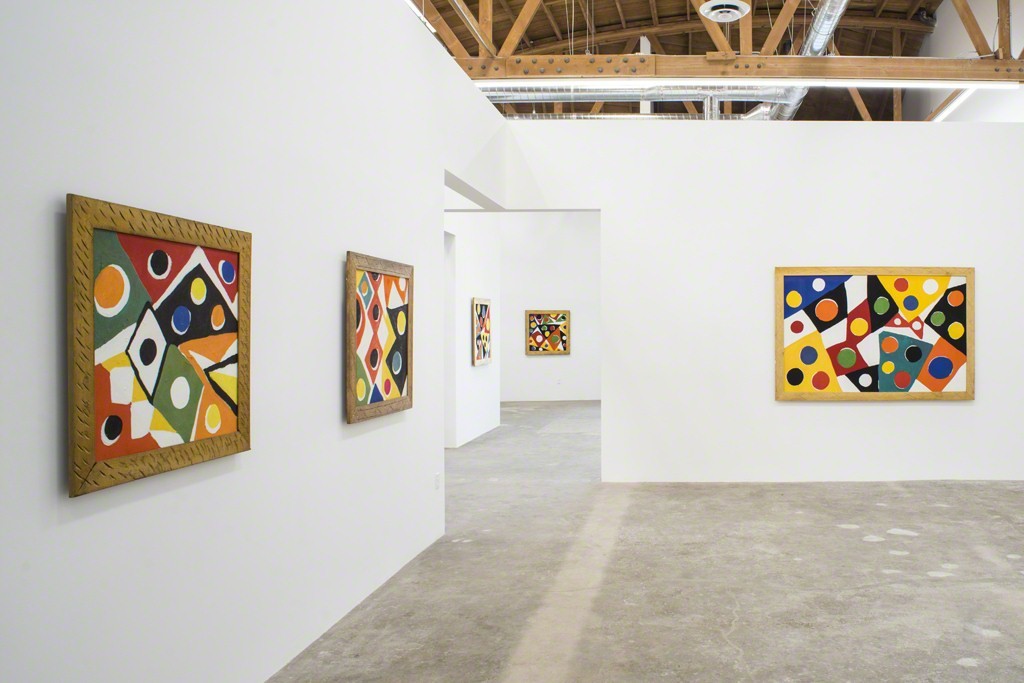 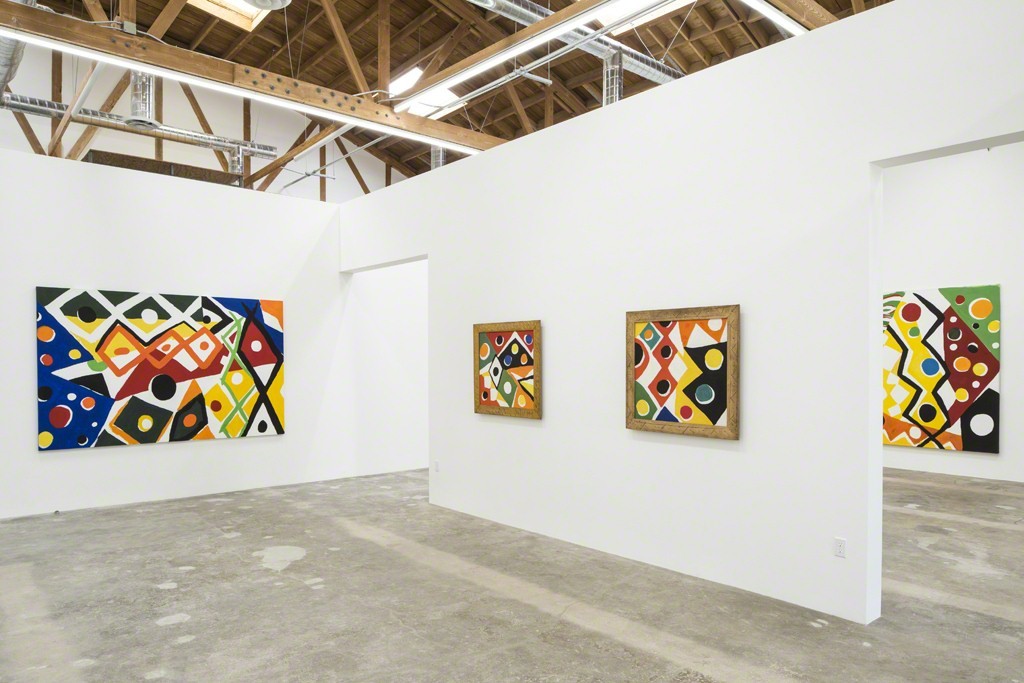 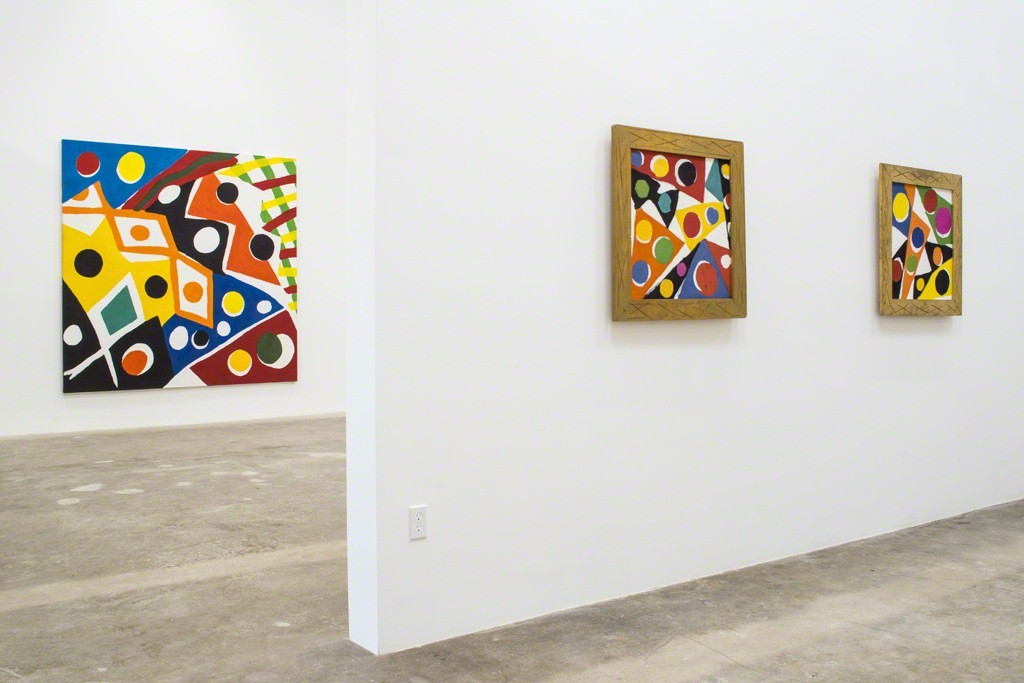 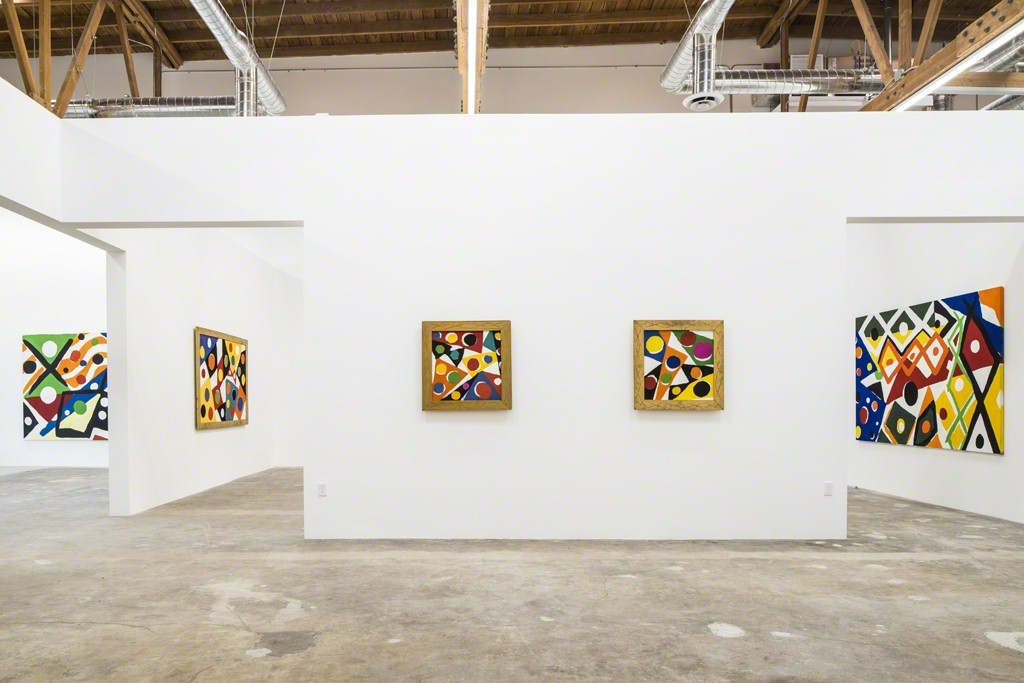 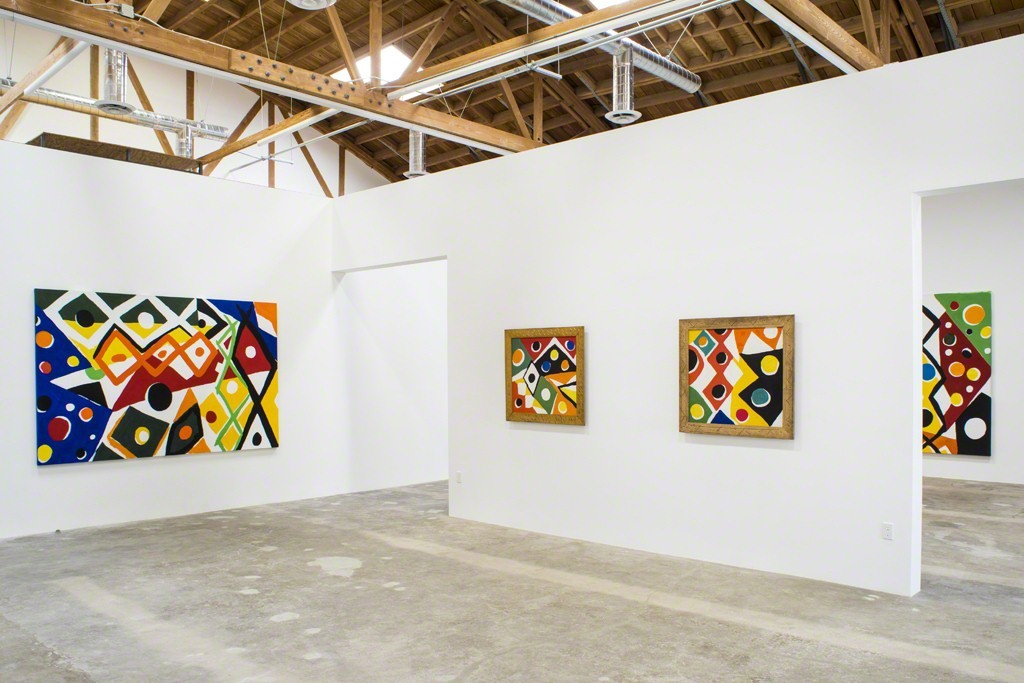 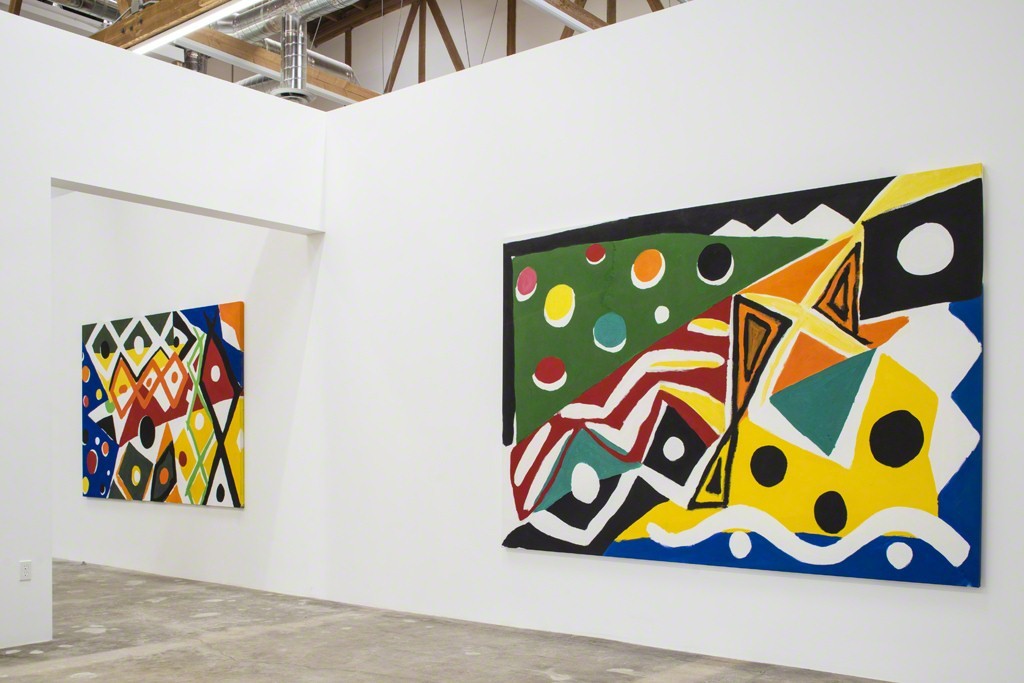 Launching Rosamund Felsen Gallery’s new location in Downtown LA, Kim MacConnel presents large & small-scale paintings from the late 80’s and early 90’s, which have never been exhibited on the West Coast. Bewildering in their beauty and bravado, the paintings are an exercise of subversion in response to the notions of what painting is supposed to be and how it is supposed to be made. As an exploration into the nature of abstract painting, the paintings reprieve the confines enforced by conceptualism and abstraction, which often privilege concept creation over authentic visceral engagement.

Created by a process where particles are flocked onto the canvas, the paintings are also a rumination of art made outside of the West and non-Western art’s appreciation of textiles, causing the textured paintings to appear as if on velvet.

The paintings defiantly combine visual memories of MacConnel’s childhood in Mexico and his awe & wonder of patterns seen on his travels in Africa, all the while using the formal techniques of Western abstractionism. The compositional play, use of cultural cross-pollination, and rediscovery of joy & sensuousness in the paintings, are all part of the coup d’état of the early Pattern & Decoration art movement, of which MacConnel was a key pioneer.