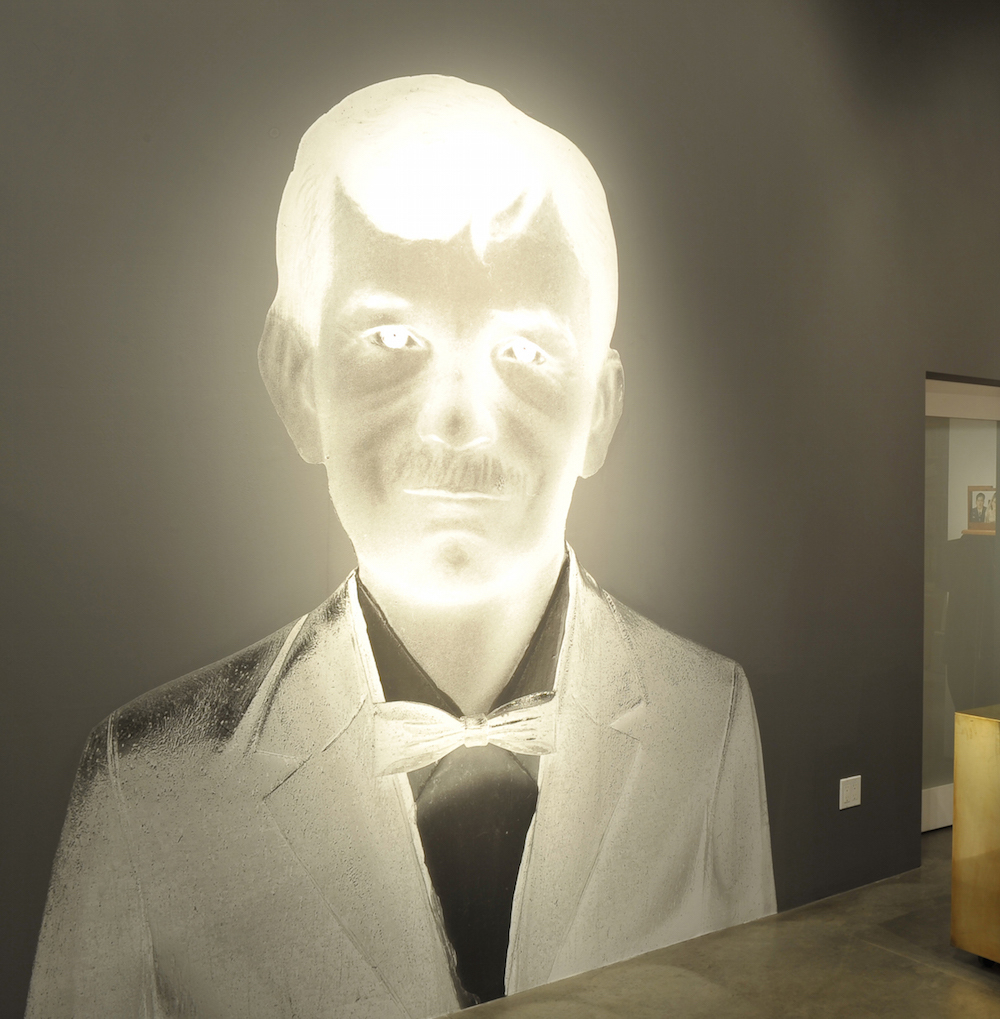 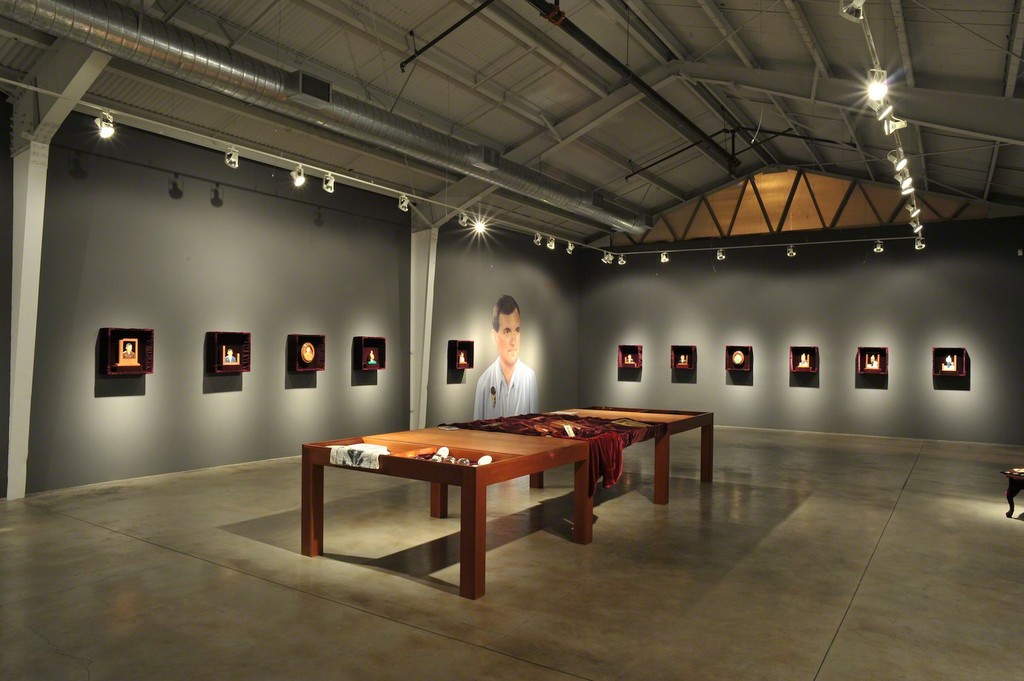 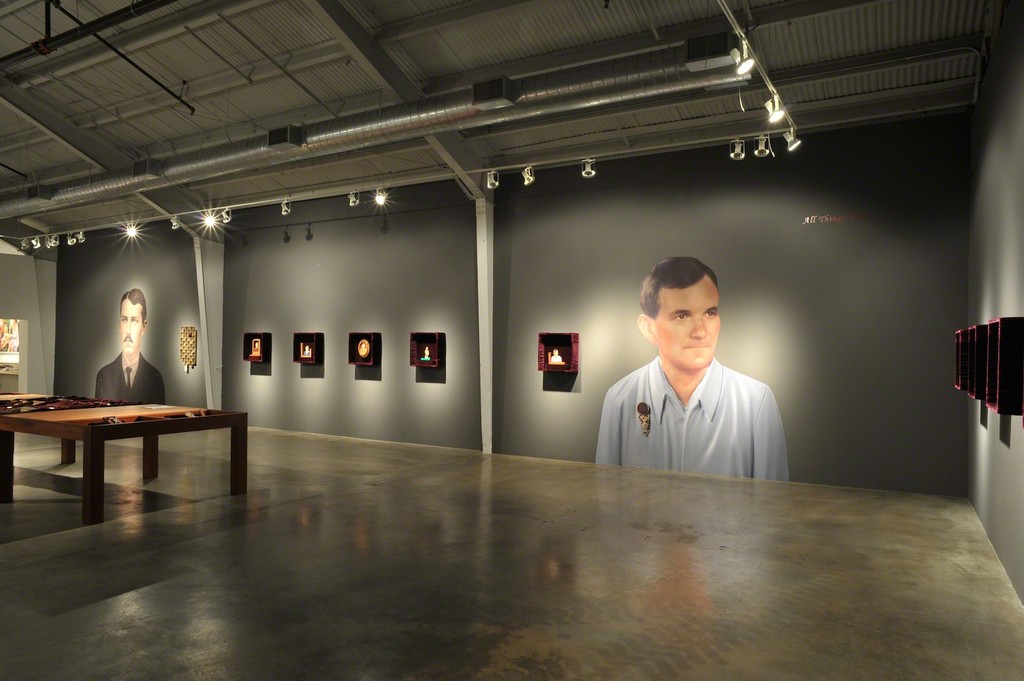 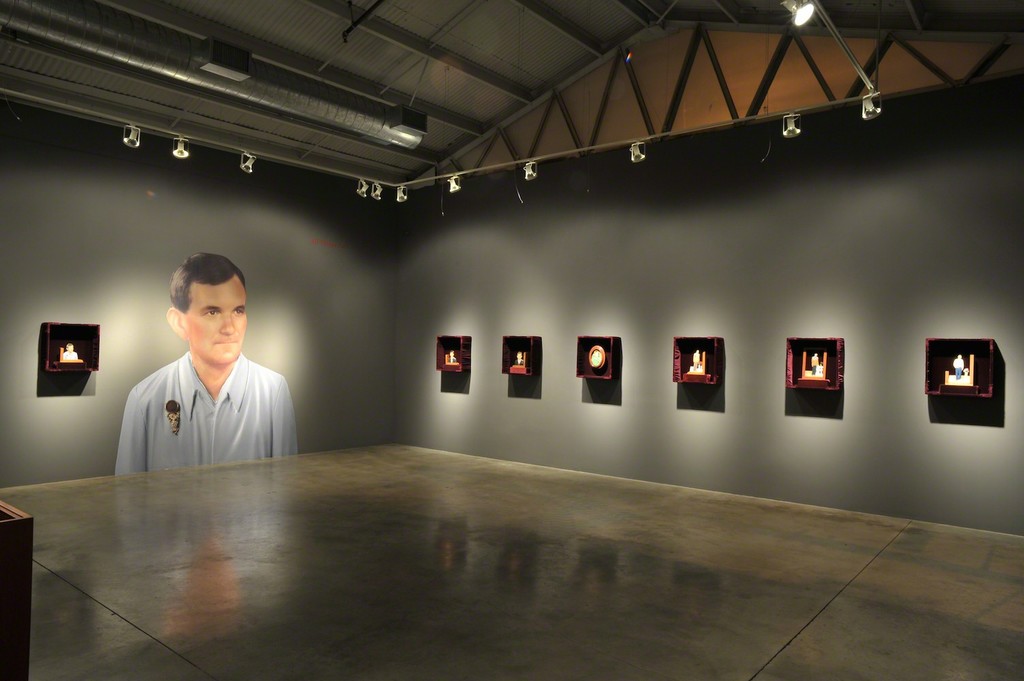 RoseGallery is pleased to present All Things Parr, an exhibition of work by and about British photographer, Martin Parr. Large-scale photographic prints from the series, Luxury, unique photo sculptures, and newly produced limited edition photo-objects will be on display.

For more than a decade Martin Parr has made a point of visiting local street and studio photographers in diverse cities around the globe to have his portrait taken in a variety of often humorous local styles. The resulting autoportraits, featuring gaudy props, standardized backdrops and overly saturated color, showcase the artist as he takes an ironic look at himself and the increasingly homogenized world we inhabit. These wry explorations of “self” form the basis of the series autoportrait as it was published in book form in 2000 and provide the photographic source for Parr’s latest venture into photo sculptures, or “fotoesculturas”.
The idea of producing contemporary fotoesculturas developed out of a serendipitous meeting in 2008 when Parr was introduced to the Mexican photographer Graciela Iturbide and became enchanted by a vintage fotoescultura from the 1960’s which Graciela had brought to the U.S. Fotoesulturas are photographs mounted onto a carved sculptural form which have been produced by Mexican artisans since the 1920’s. These three-dimensional family portraits use as their basis, black and white, hand-painted photographs atop gently carved wooden busts or statuesque figures, which are then housed in elaborately carved frames and decorated with paint or special applications of beads, jewels and other small ornaments. “The result” as art historian Geoffrey Batchen remarks, “…is a fascinating and distinctive form of photography.”
For All Things Parr, over 25 hand-carved and unique fotoesulturas were produced in collaboration with Senor Bruno Eslava, the only remaining practitioner of fotoescultura in Mexico City. Carefully chosen images from Parr’s series of autoportraits were combined with Eslava’s traditional carving technique to create hybrid photographically based sculptural effigies, which are distinctly Mexican, and unquestionably Parr at the same time. With the resulting works Parr has successfully added a contemporary spin on a practice rooted in Mexican tradition and sadly, on an important but vanishing form of sculptural photographic reproduction.

Parr, best known for photographs which explore globalization, rampant commercialism, tourism, national identity and their impact on modern culture, points his satirical lens at ostentatious displays of wealth in his Luxury series which will also be on view. Taken between 1995 and 2008, the images of Luxury follow globetrotting multi-millionaires to horse races at Ascot, the Millionaires’ Fair in Moscow and the Gulf Art Fair in Dubai. In these photographs Parr observes the excessive world of the super rich and in so doing addresses questions of conspicuous consumption while highlighting the world’s current financial turmoil.
RoseGallery will also debut several lines of limited edition photo-based objects including a Martin Parr inspired porcelain plate, and a tea towel produced in conjunction with the artist and Third Drawer Down Studio in Australia. These commodities belong to a long history of marrying objects and photographs for the memorialization of an individual and inspire us to think about the material and consumer aspects of the photographic practice.
Martin Parr was born in Epsom, Surrey. He studied photography at Manchester Polytechnic from 1970 to 1973 and became a member of Magnum in 1994. He is the subject of numerous publications including a major monograph by Phaidon released in 2002. A large retrospective of Parr’s work, initiated by the Barbican Art Gallery in London, has been shown in the Museo Nacional de Arte Reina Sofía in Madrid, the Maison Européenne de la Photographie in Paris and the Deichtorhallen in Hamburg. Parr was appointed Professor of Photography in 2004 at the University of Wales, and was Guest Artistic Director for Rencontres d’Arles the same year. His work is featured in collections at the J. Paul Getty Museum, Tokyo Metropolitan Museum of Photography, San Francisco Museum of Modern Art, Stedelijk Museum, Tate Modern, George Eastman House, Bibliothèque Nationale, Paris, Museum of Modern Art, New York, Philadelphia Museum of Art, and the Museum of Modern Art, Tokyo.