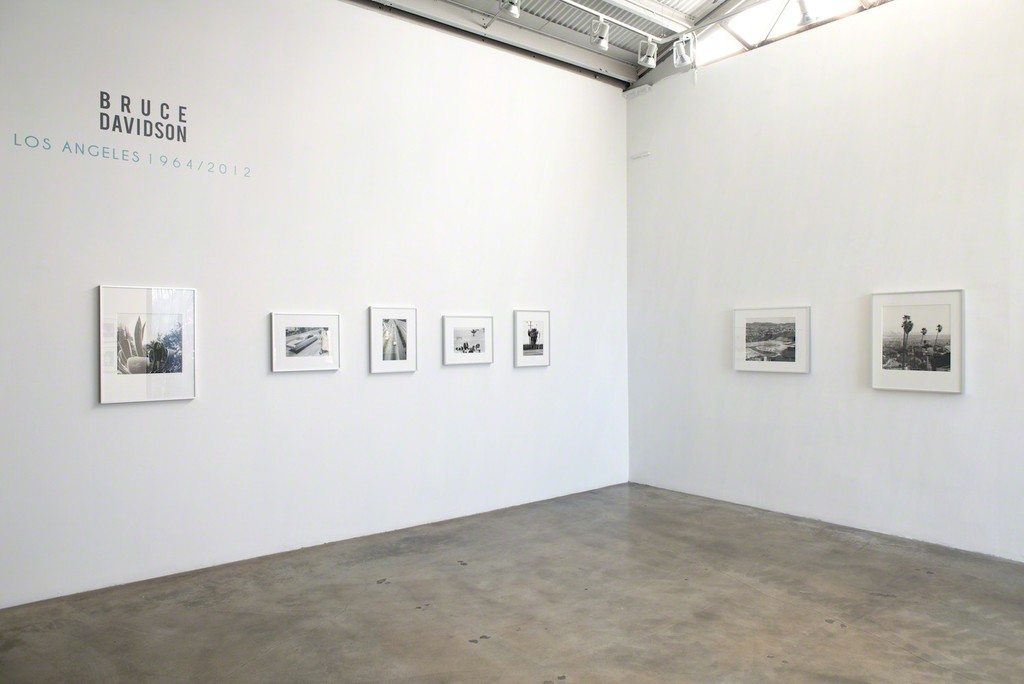 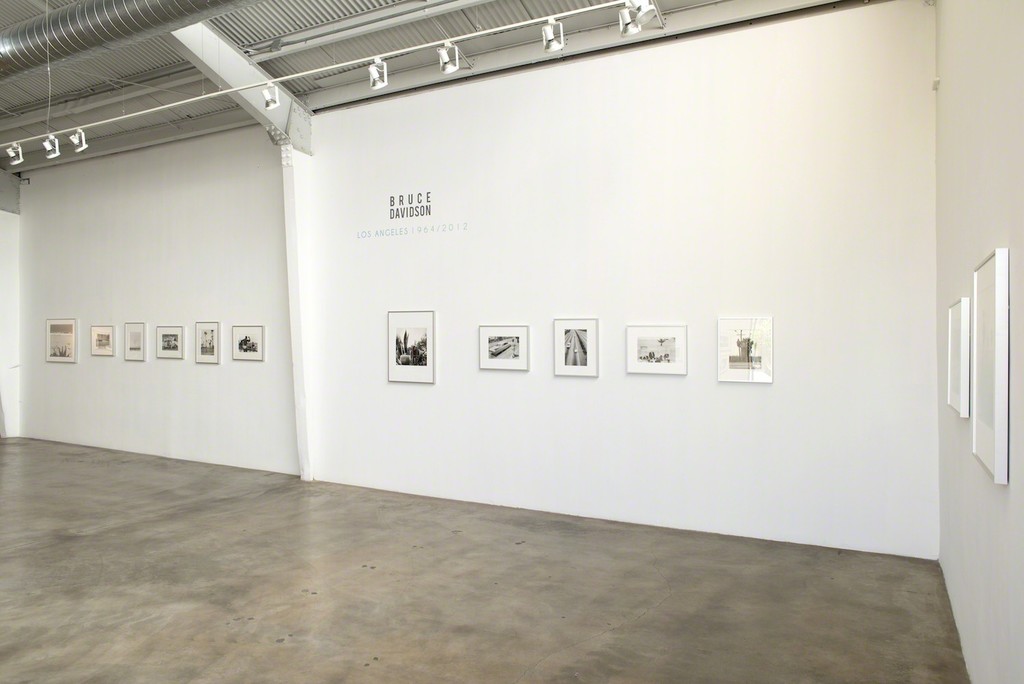 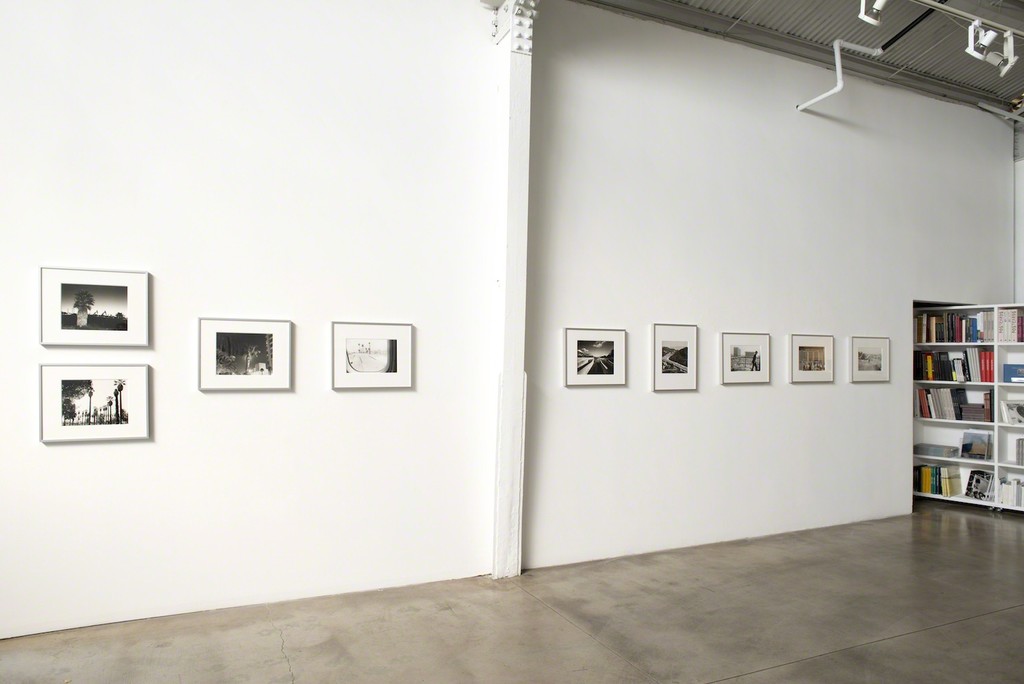 Bruce Davidson first came to Los Angeles in 1964 on assignment for Esquire magazine. As a young New Yorker in LA, he found himself at odds with what he described as a “cultural desert with acrid air, bumper-to-bumper traffic, tall palms, and seedy Hollywood types.” Davidson approached this foreign landscape with the sardonic eye of an outsider looking in. The resulting images, shot with a 35mm camera, play with archetypes and stereotypes of the city with a quick and clever irony: bodybuilders and starlets; sunbathers and signwavers; the similarly glimmering cars and glistening surf of a beach parking lot; desperate hopefuls walking the streets in search of something more.

Nearly 45 years after Davidson first visited Los Angeles, he returned to the city with a vastly different shooting agenda. The crowded and buzzing social landscape of 1964 now serves as a distant backdrop for the quiet integrity of Davidson’s clawed up yuccas, attenuated palms, and parched hillsides. The Nature of LA looks at plant life and the politics of water in Los Angeles with a newfound compassion and patience. Using a 4x5 view camera on a tripod slows his photographic process and allows these contemplative images to take shape. The word nature’s dual meaning— both flora and fauna, and character or temperament—situates the work within a broader scope than straight photographic representation. The series speaks to man’s impact on the land and nature’s prevailing will. He writes, “hundreds of towering palm trees reach to the sky and give poetic posture to concrete freeways, tacky strip malls, and the endless grid of local streets.” No longer at odds with a foreign landscape, Davidson lets the “pockets of beauty” emerge from the so-called “cultural desert” of his youth.

In the intervening years between these bodies of work, the culture of Los Angeles has not changed significantly, but rather the artist’s experience of it. This exhibition marries the two series, the wry and the romantic, to present a multifaceted portrait of our city.