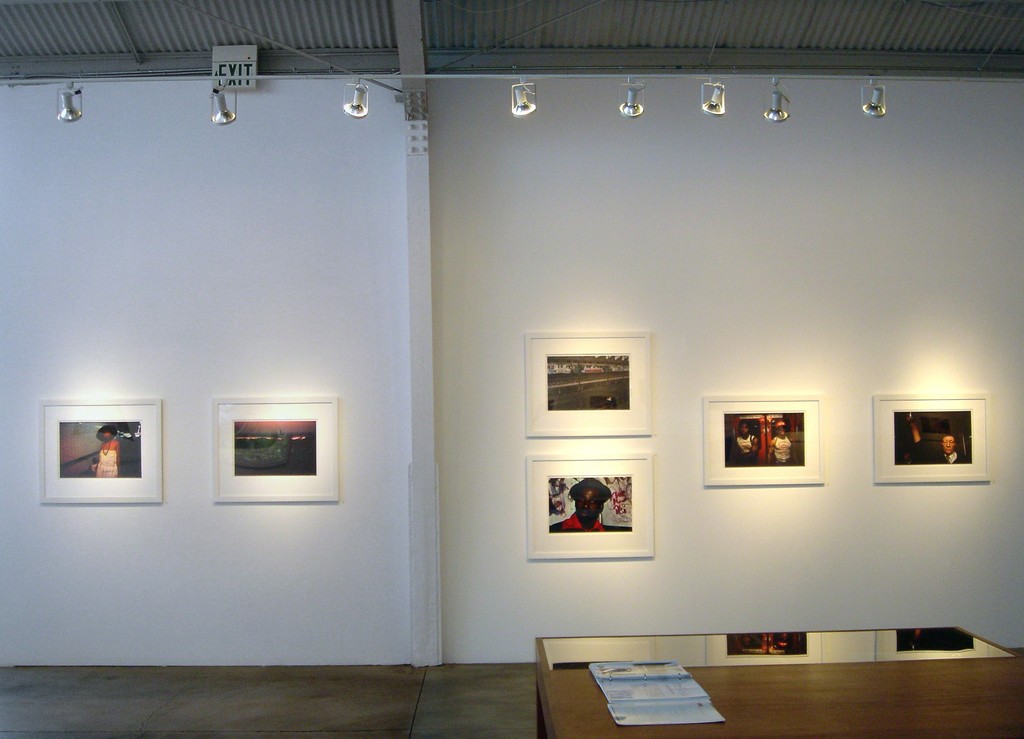 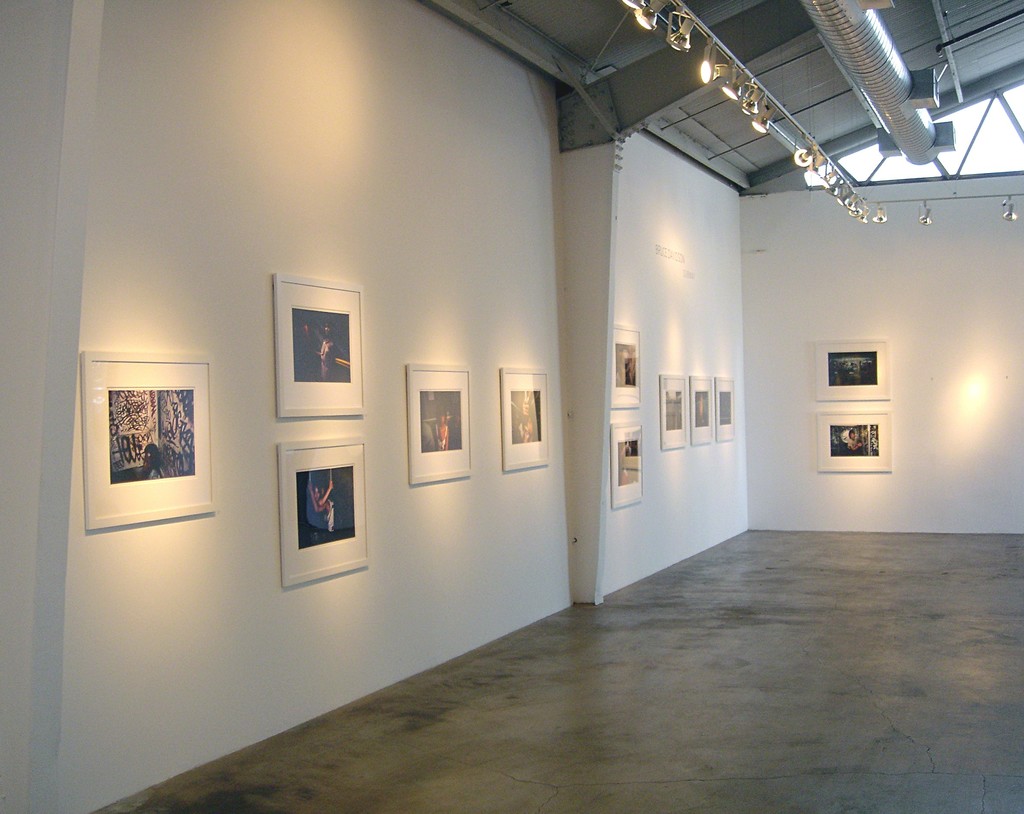 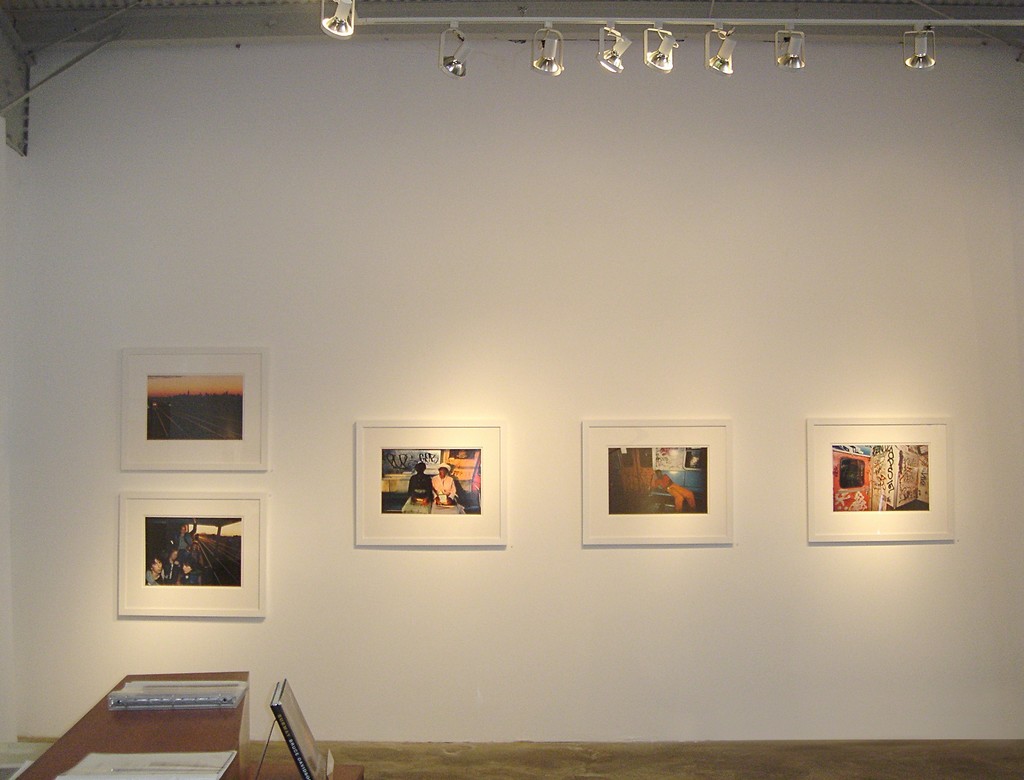 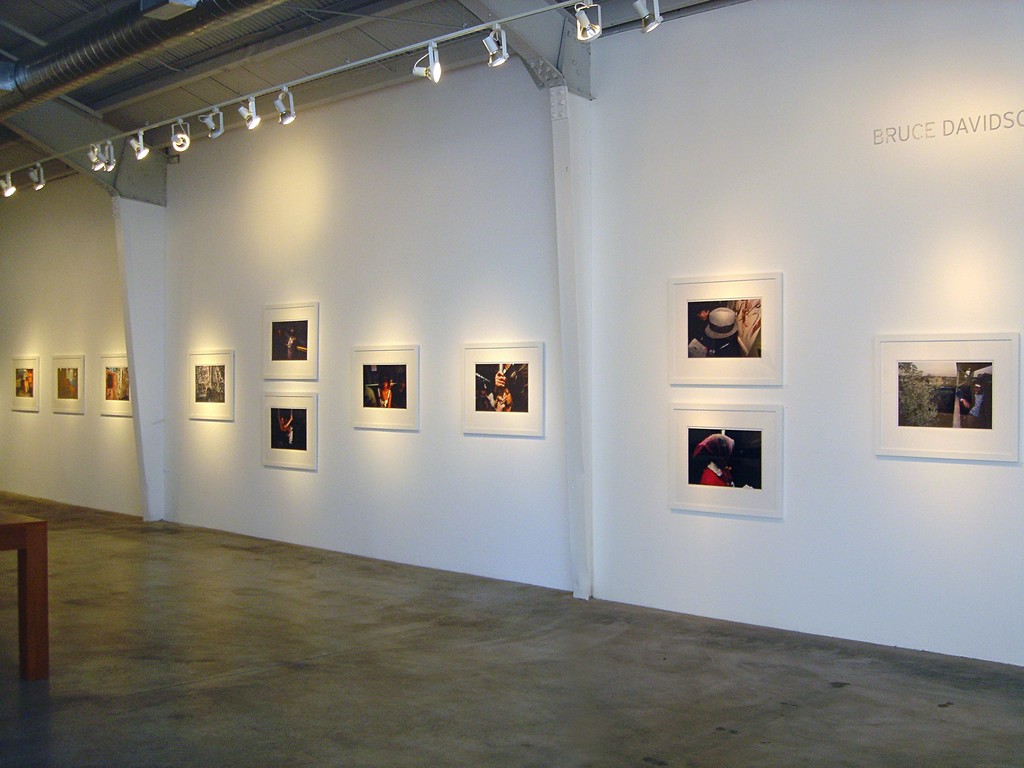 For an entire year in the early 1980's Bruce Davidson dwelt in New York City’s underground; traversing six-hundred miles of subway lines with a Canon T-90, and a sunpak strobe hooked to the battery pack at his hip. Wearing a green safari jacket and carrying a small gold-trimmed wedding album of his photos as evidence of his artful purpose, Davidson probed the congested arteries of the city and endeavored to illuminate the throbbing passage of life within its interior. Before the days of guarded subway depots and homeland security incentives, Davidson roamed freely amidst subterranean graffiti grottos, aiming his lens at the vibrant and virulent, plucking fragments of humanity temporarily bound by the burden of time; waiting, rushing, escaping, hiding, and simply surviving. RoseGallery is pleased to present the culmination of Bruce Davidson’s exploration – the only body of color work by New York’s legendary photographer. A complete portfolio of forty-seven newly released dye transfer prints will be on exhibition through October 2006.

Bruce Davidson began taking photographs as a ten year old boy living in Oak Park, Illinois. At the age of sixteen he won first prize in the Kodak National High School Competition, an honor that sealed his acceptance to Rochester Institute of Technology for undergraduate studies. After attending Yale University, Davidson served in the United States military, worked as a freelance photographer for Life Magazine, and became the youngest member of the prestigious Magnum Photo Agency at the age of twenty-five. In 1962, Davidson received a Guggenheim Fellowship and presented a one-man show at the Museum of Modern Art the year following. He then became the first photographer to be awarded a grant from the National Endowment for the Arts which he used to document one block in East Harlem for a period of two years. In 1970 the work was published by Harvard University Press as East 100th Street and was the focus of an exhibition at the Museum of Modern Art that same year. Davidson's photographs have been published in magazines such as New York Times Magazine, Time, Newsweek, Harper's Bizarre, Vogue, and National Geographic, among others. His books include Bruce Davidson Photographs, Subway, Subsistence USA, The Bridge, Central Park, Brooklyn Gang, 1959, and Time of Change. Bruce Davidson's fine art photographs are held by many museums and private collections, including Topan's "Masters of Photography," The Metropolitan Museum of Art, and the George Eastman House.

Santa Monica -- Bruce Davidson - Subway, an exhibition of newly released dye transfer prints will be on view from 16 September, 2006 through 28 October, 2006. A reception for the artist and book signing will be held on Saturday, 16 September, from 5 to 7 PM. The gallery is located in the Bergamot Station Art Center, 2525 Michigan Avenue, Gallery G-5, Santa Monica, CA 90404. Gallery hours are Tuesday through Saturday, 10 am to 6 PM.