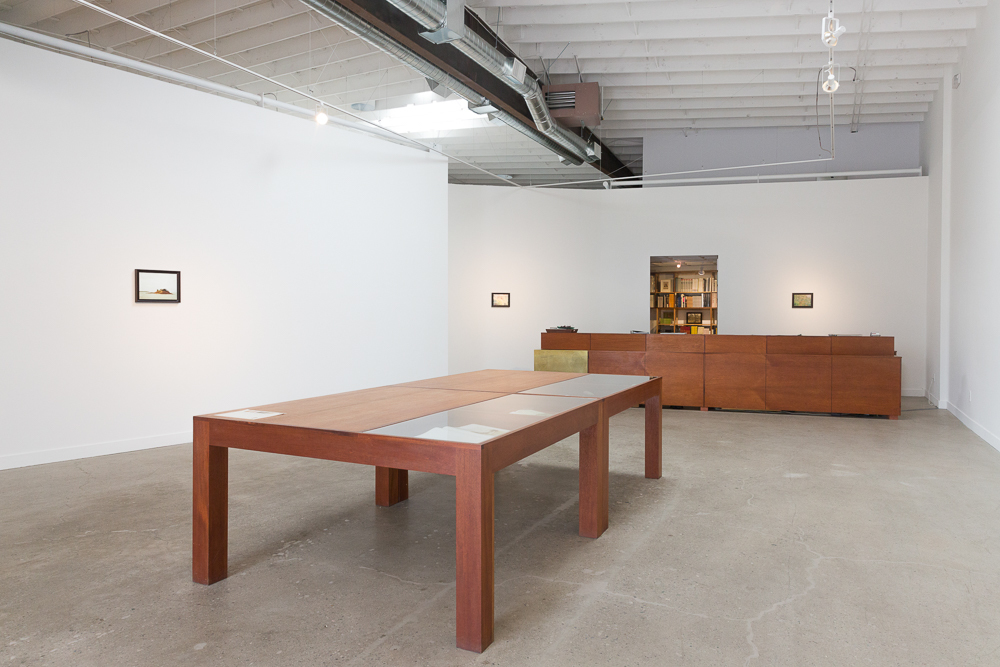 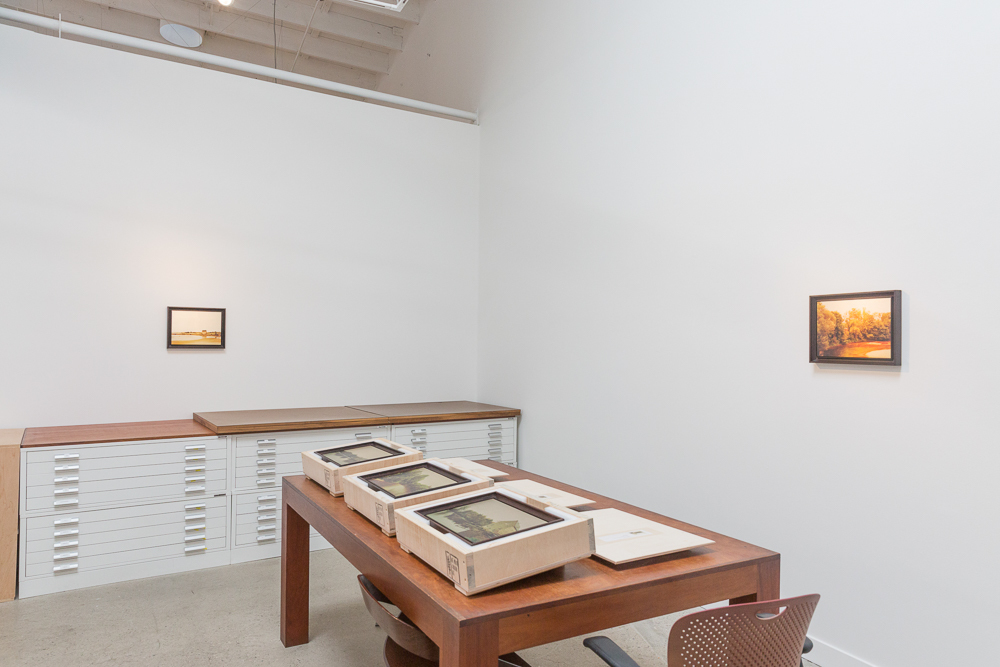 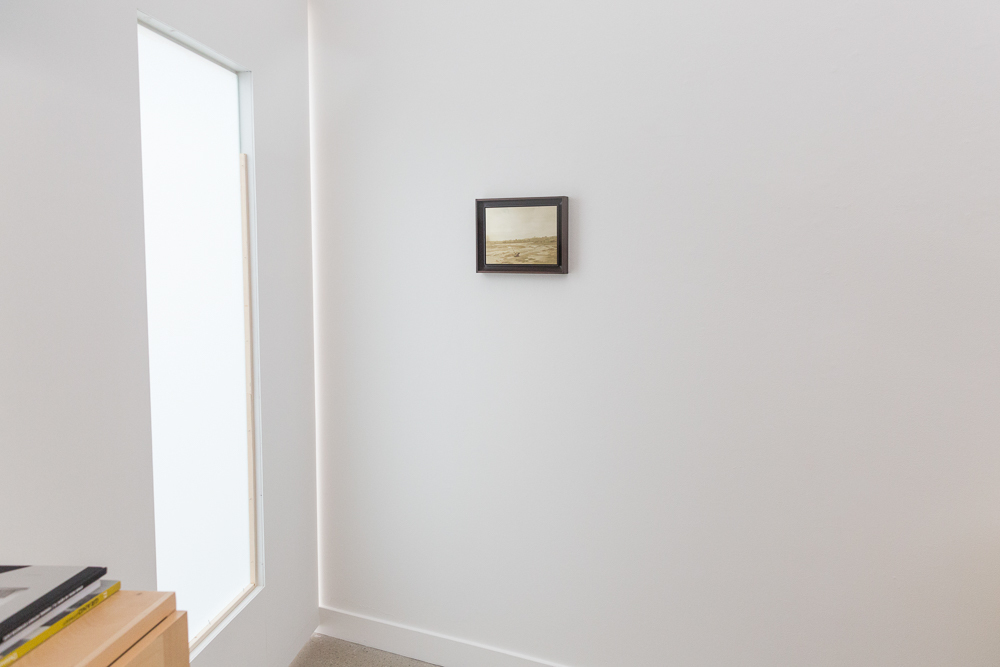 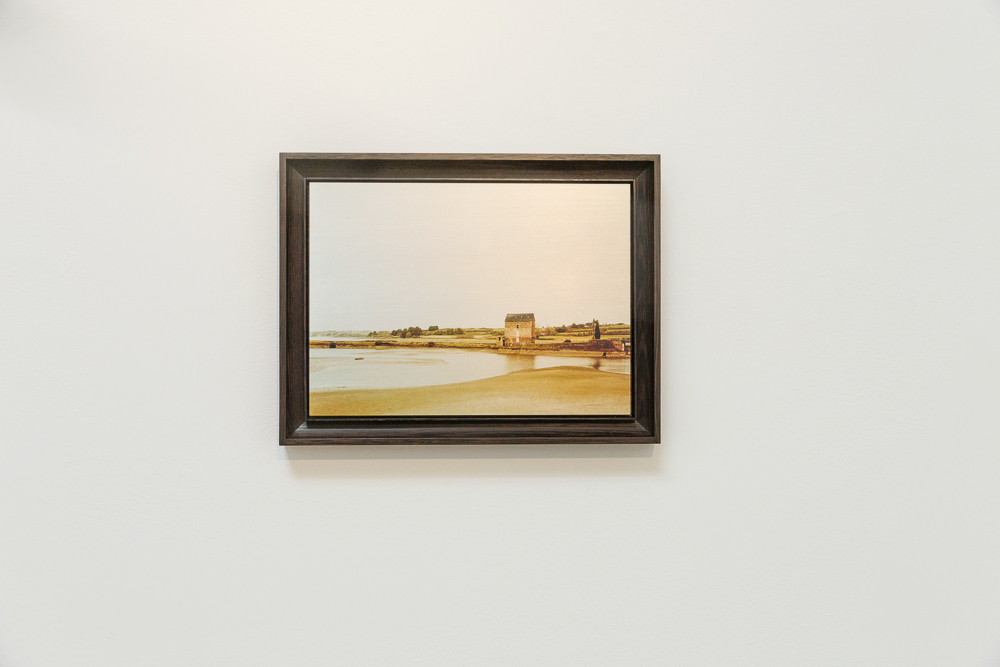 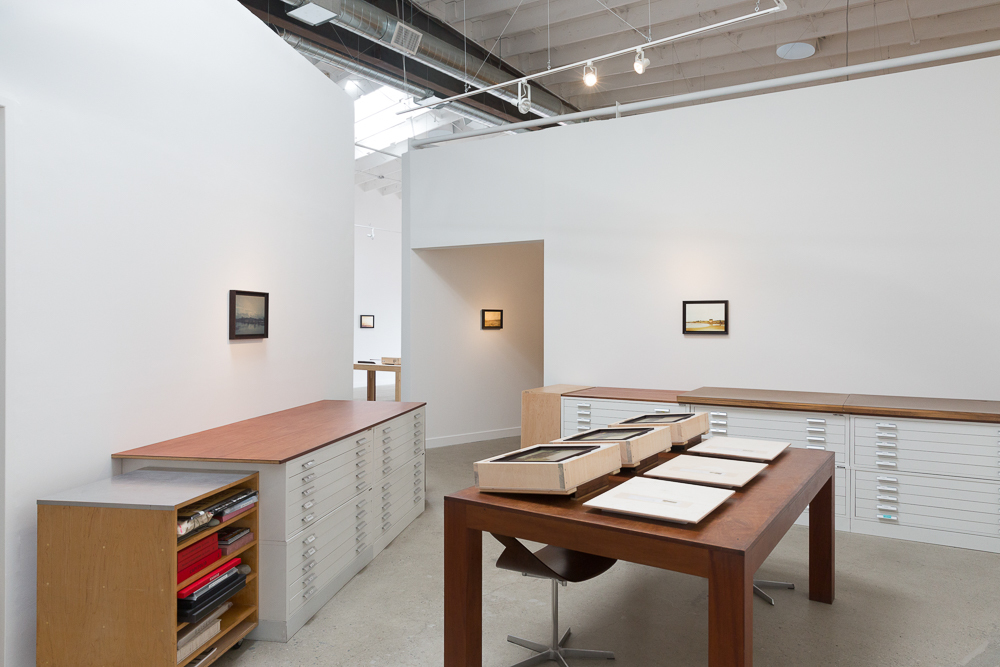 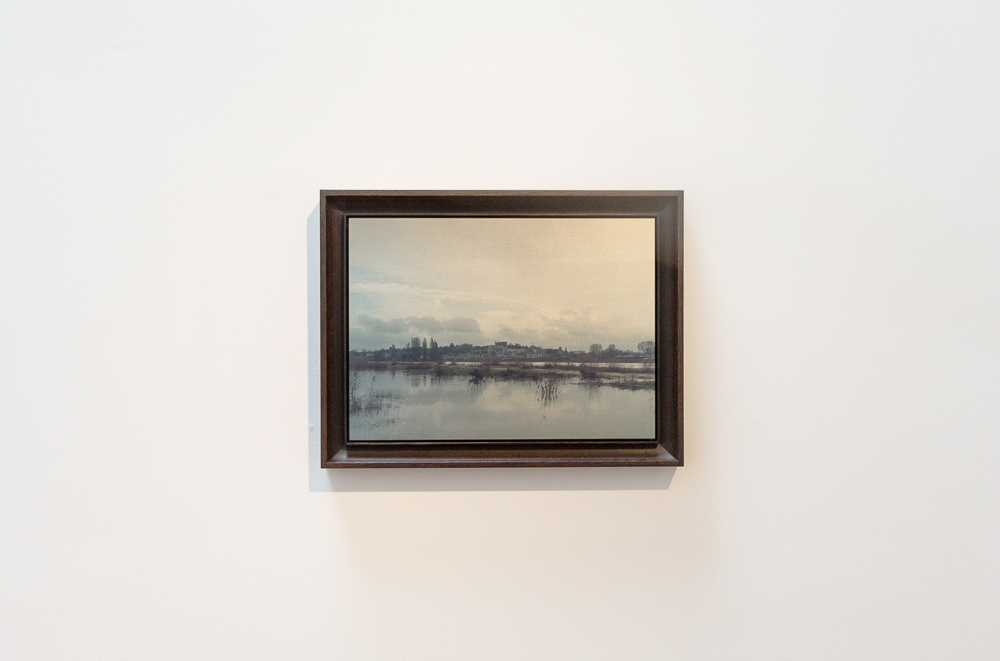 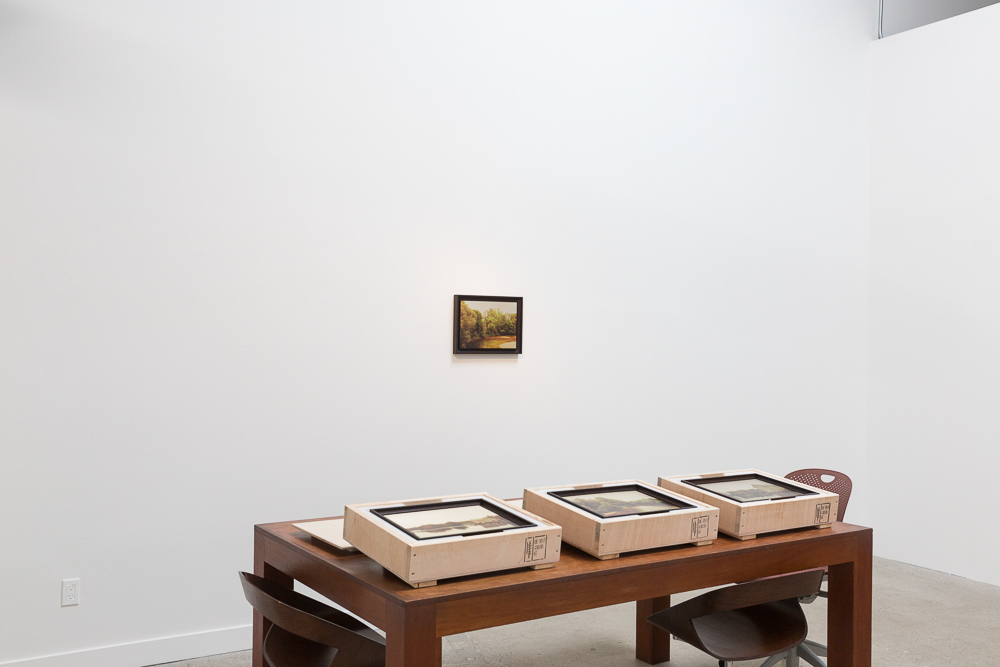 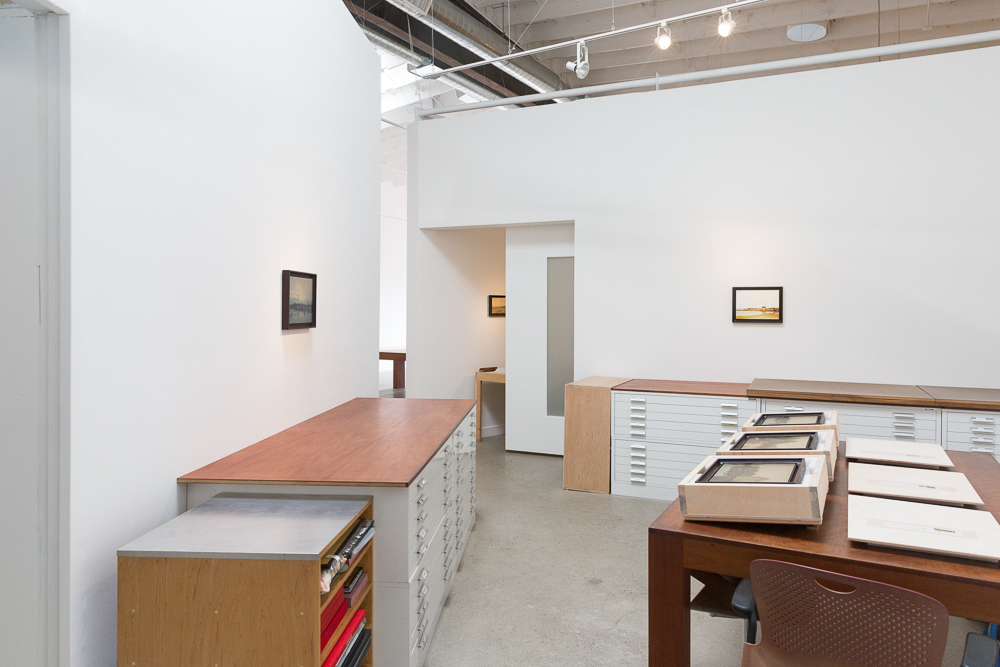 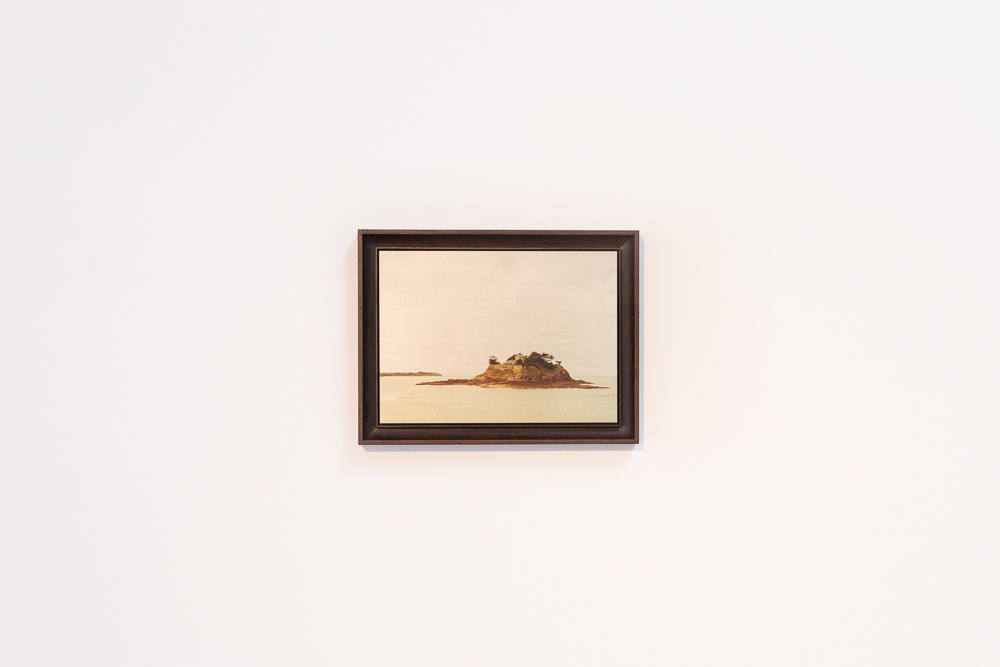 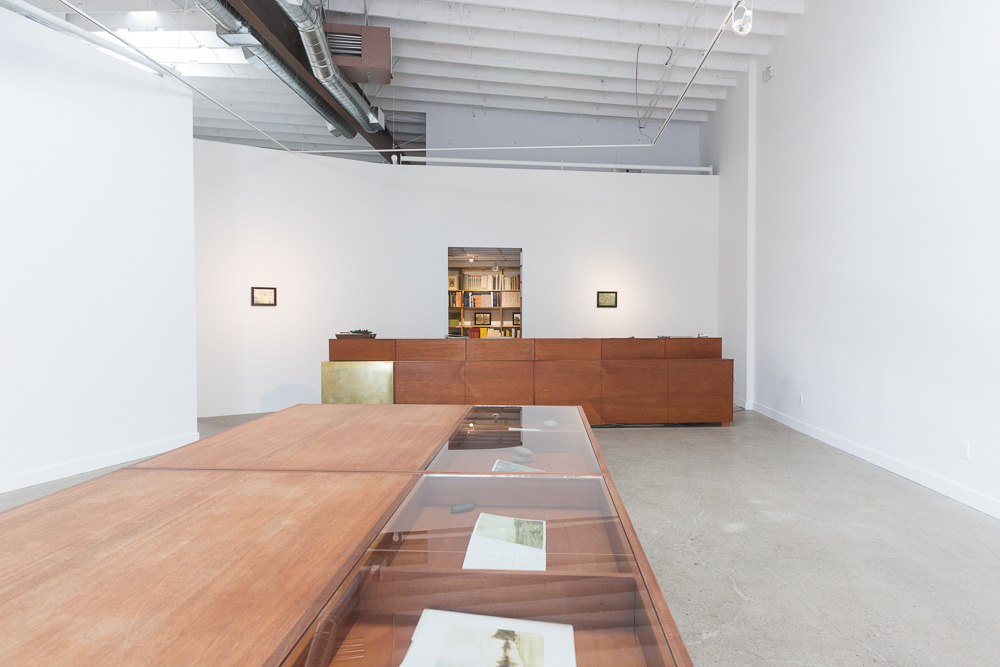 Each landscape presented through the lens of Elger Esser appears almost limitless. Boundless to time and detached from the specificities of place, Esser’s landscapes ache with a romantic longing for places both familiar and foreign. In Esser’s most recent body of work, Paysages Intimes, the artist turns intimate exposures into luminous landscapes. In a departure from his well-known, large-scale landscape photographs, Esser produced this series of landscapes on small sheets of silver-coated copper plates. The luminous surface of the plates subtly shines through the image, allowing light to play an active role in these scenes. While the light moves in the present, the views themselves harken to a distant yet familiar past. In each scene lay echoes of human existence: buildings hidden in trees and on distant islands; bridges void of pedestrians; boats tipped in receded riverbeds. Yet, where this vacancy lays, a subconscious sense of remembrance emerges. Without a figure in the landscape, the spaces lend no clues that they exist in the present day, yet their existence as photographs speaks to their present tense. Throughout each hollowed landscape, Esser’s romantic vision voyages into timelessness, memories, and absence.

As a student of Bernd Becher at the Düsseldorf School of Photography, Esser expresses the enormity and seemingly objective vision of the Düsseldorf School; however, he departs from his predecessors in his embracement of romantic vision. In his ongoing pursuit to traverse the boundaries of photography in its fine art context, Esser employs classical photographic techniques to echo more traditional forms of art; Paysages Intimes explores this further as Esser prints the photographs on copper plates, the medium of choice for Baroque painter Adam Elsheimer. Captured throughout Northern France, the romantic and emotional views illuminate Esser’s ongoing and boundless vision of the landscape.

Elger Esser was born in Stuttgart, Germany in 1967 and grew up in Rome, Italy. Esser studied at the Academy of Fine Arts Düsseldorf under Bernd Becher from 1991 to 1997. His works are represented in the following museum collections, among others: Solomon R. Guggenheim Museum New York, Metropolitan Museum of Art New York, Stedelijk Museum Amsterdam, Stiftung Museum Kunstpalast Düsseldorf, Centre Pompidou Paris.