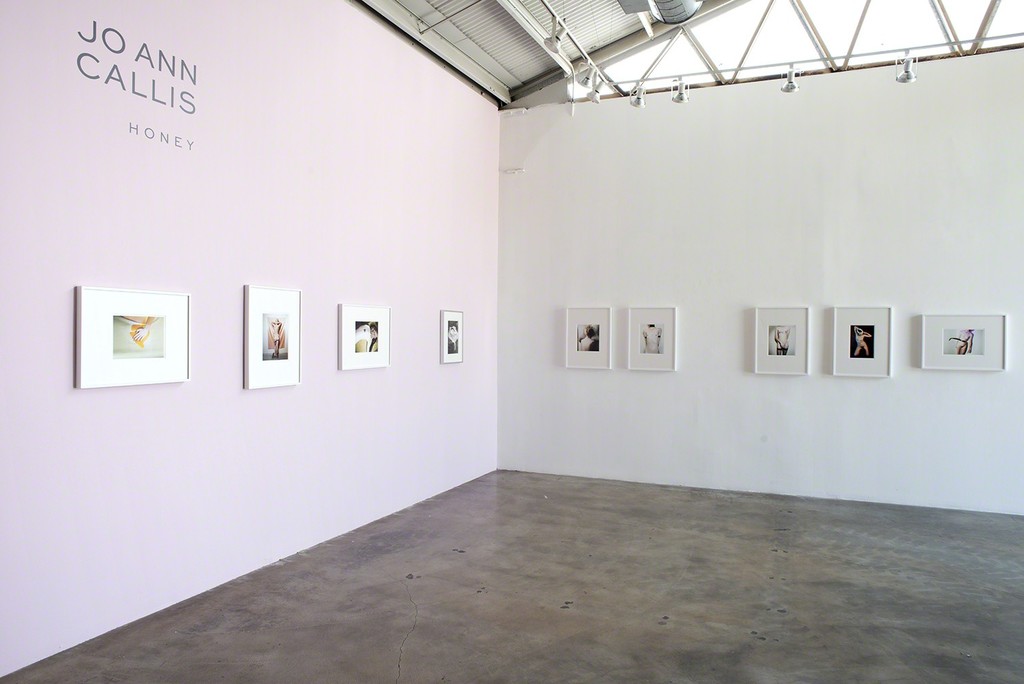 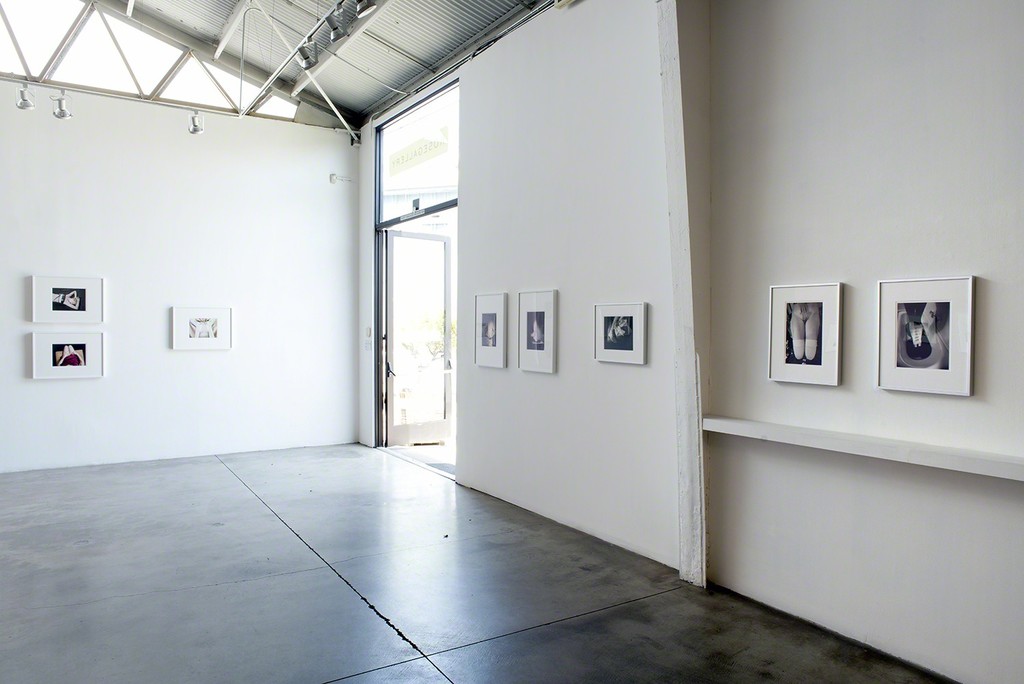 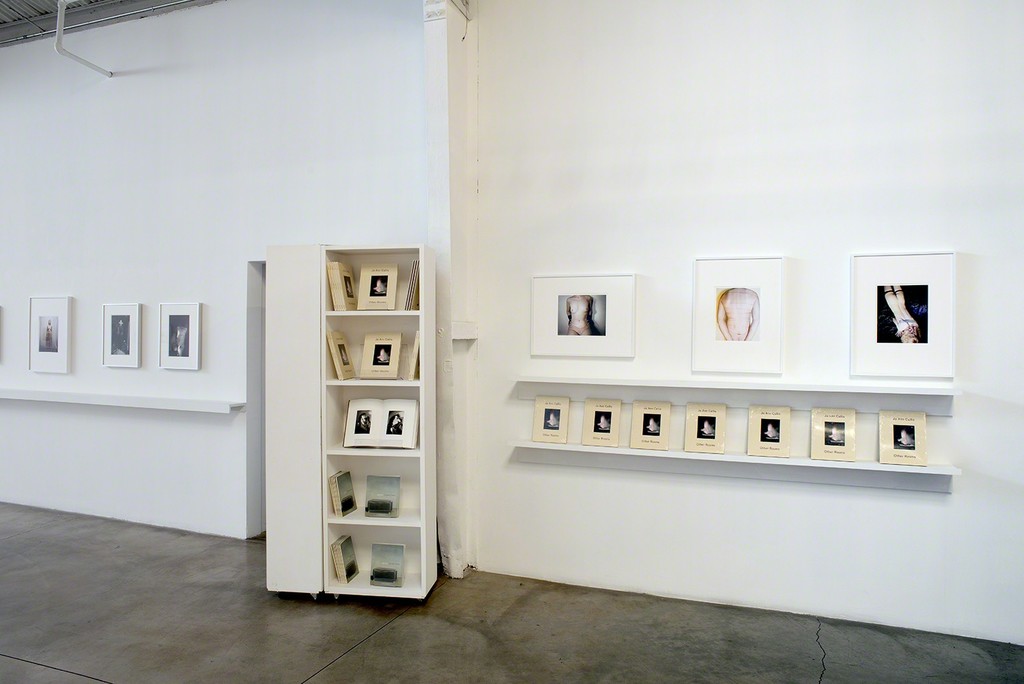 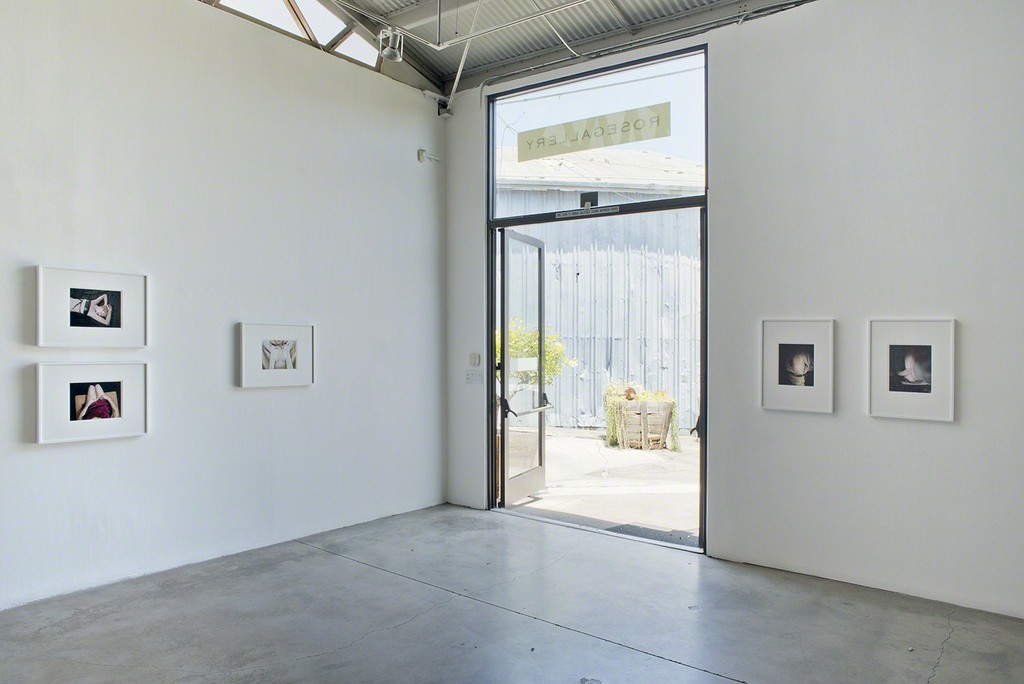 ROSEGALLERY is pleased to announce HONEY, the debut exhibition of early black & white and color images from artist Jo Ann Callis. Photographs will be on view 7 June through 2 August 2014. A reception for the artist and book signing will be held Saturday, 7 June, 2014 from six to eight pm.
A central figure in the Southern California photography scene since the 1970s Jo Ann Callis is known for her provocatively staged scenarios with a poetic dimension. In her work, the inner world of the artist finds material expression through creative juxtapositions, bold colors and playful constructions.
Both Callis’s early black & white and color pictures, taken while studying under Robert Heinecken at UCLA, attest to the artist’s singular and lasting influence on photography through her inventive analysis of the pleasures and terrors of domestic comfort. In her work from the 70s, Callis merges perceived pain and apparent pleasure into a complex, inclusive representation of sensuality and sexual
curiosity. Her deft use of opposing textures invites the viewer to lightly graze a sumptuous silk pinned to a grubby wall and tug at the taut string crisscrossing the model’s backside. While many of the photographs depict restraint marks, smeared lipstick, and leather, this work is rooted not in sadism but in tenderness.
The subjects in the black & white photographs are often robed in shadows, reflections, masks, and veils, lending a sense of foreboding to their lush settings and nubile bodies. Yet in every image the artist’s presence is palpable and lends a pervading sense of safety to the pre- calculated play. Callis dances just beyond the frame, delighting in the world she has created—a world of fragmented narrative and a childlike sense of continual experimentation. In the forward to Callis’ monograph Other Rooms (Aperture, 2014), Francine Prose writes:
These pictures are not only about sex but about the limits and edges of photography, its power to get up in our faces. They ask whether it is possible to photograph a thought—whether an image can represent something simultaneously sensual and cerebral. Since the 1960s Callis has been circling around these complex and often opposing emotions in photos that are at once aesthetic and discomfiting, delicate and raw, mysterious and thoughtful...
ROSEGALLERY will debut these works in the form of two recently released portfolios of prints: Early Black and White (1974-1975) and Early Color (1976-1977). Images from both bodies of work are included in a major monograph of the artist’s work entitled Other Rooms, (Aperture, 2014), to be released in conjunction with our exhibition.