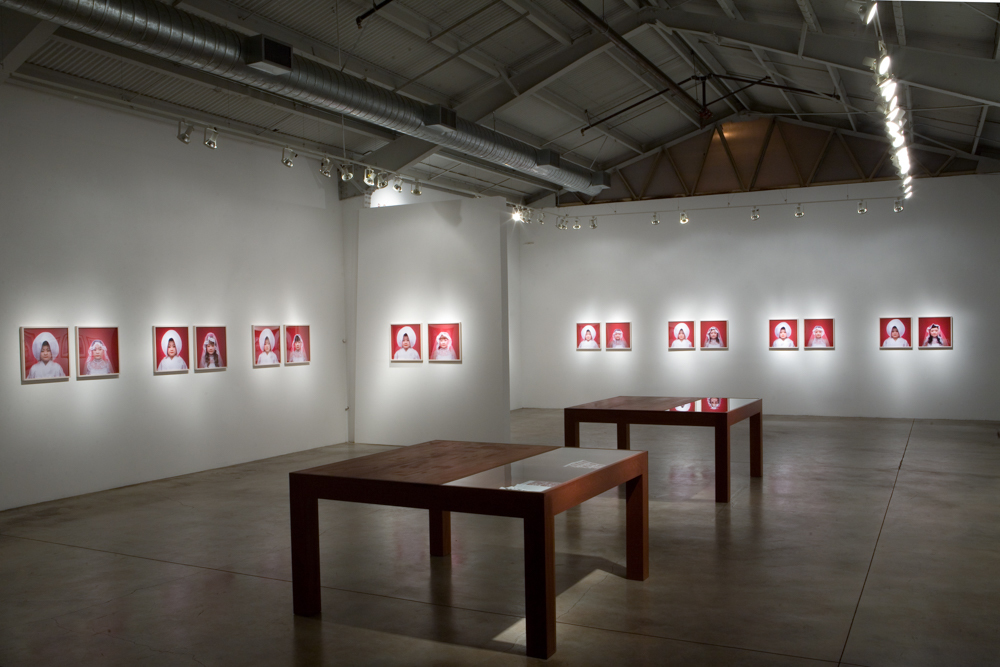 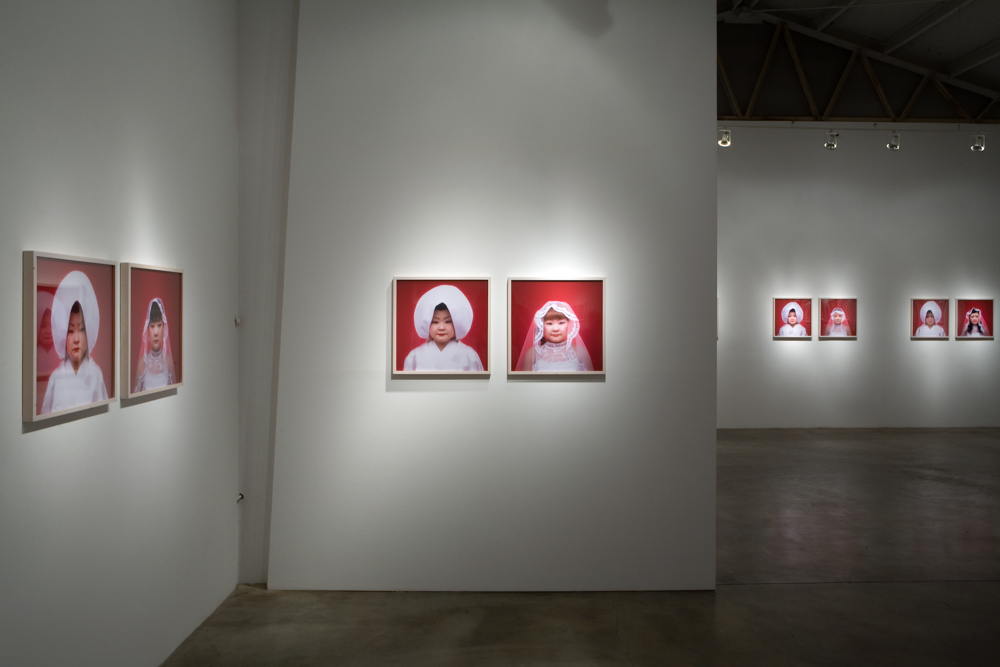 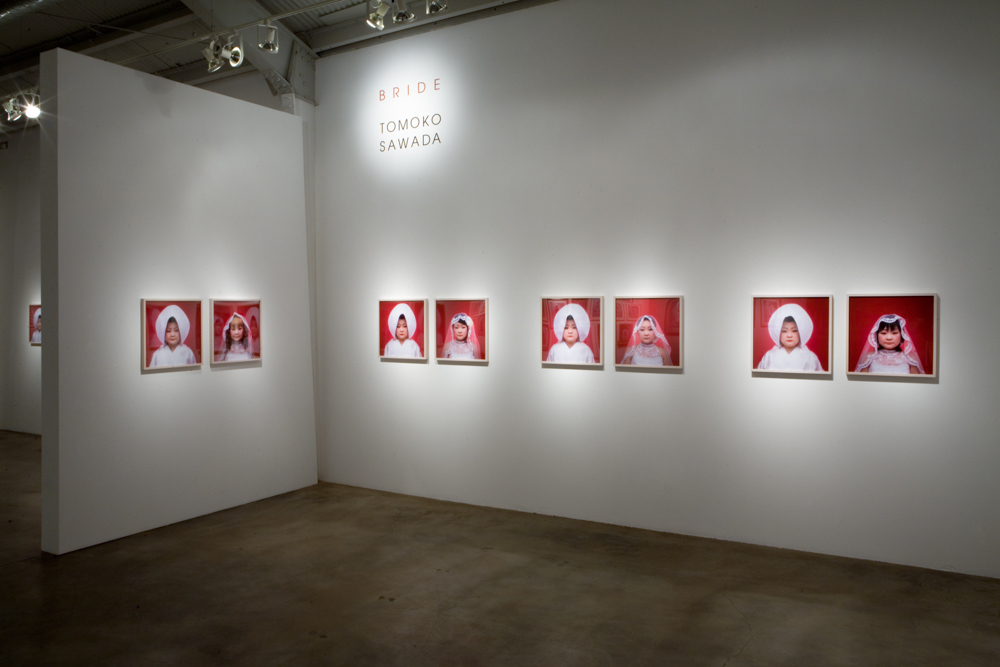 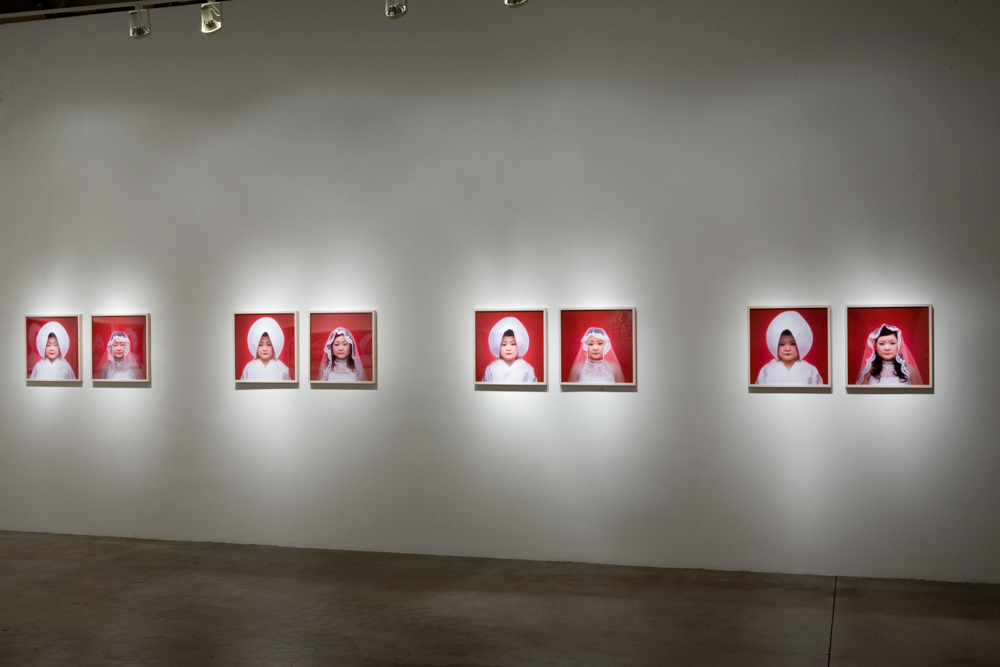 ROSEGALLERY is pleased to present Tomoko Sawada’s newest work, BRIDE, a meditation on the dichotomies of old and new, east and west, tradition and fashion, and the instability of one’s identity when confronted with these divisions. This will mark the first exhibition of this work, and Sawada’s first exhibition on the west coast.

From the start Sawada has found as her source material the flux of identity when confronted with outside forces. Her first major work, ID400, set the tone for much of the work to come. Taking aim at the idea of identity when seen through the lens of photography, Sawada became her own subject, a theme that continues to persist through her work. With the skillful treatment of wigs, clothing, make up, expression and posture, new personas emerge just long enough to be documented by a train station photo booth, a machine used as much to make personal mementos as ID photos. Culminating in a four-panel grid of four hundred images the work became a comment on not only our relationship with photography and the way it influences our ideas of ourselves and others, but also the veracity of the images we rely on.

In the piece Omiai, Sawada examined the Japanese customs of arranged marriage. With help of a hired portrait photographer she created a suite of images that address both a subversion of identity, and it’s manipulation in favor of an idealized wife. Her most recent work, BRIDE, is the next step in this progression; the bride has been chosen, the marriage arranged, and now we’re looking at the wedding portraits. Diptyches juxtaposing Shinto tradition and modern western style continue to play with ideas of constructed identity, but not only between the pairs. Within the larger body of work the individual is created with subtle yet transforming shifts in expression that force the viewer to look twice.

Born in 1977 in Kobe, Japan, Tomoko Sawada attended Seian University of Art and Design completing her studies in 2001. She has received numerous awards including the prestigious Kimura Ihei Memorial Photography Award for Young Japanese Photographer, the International Center of Photography Infinity Award, and the special prize in the Canon New Cosmos of Photography competition. Her work is held by collections internationally including The Museum of Modern Art, New York, The International Center of Photography, New York, the Los Angeles County Museum of Art, The Essl Collection, Klosternerberg, Austria, and the Fogg Museum of Art, Harvard University, Cambridge.