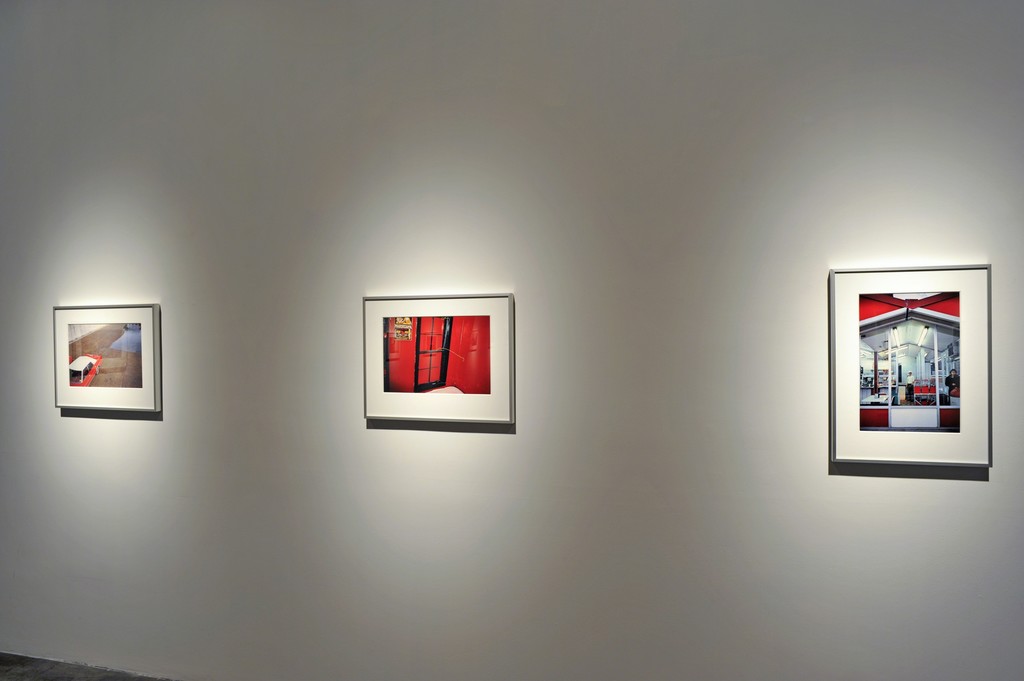 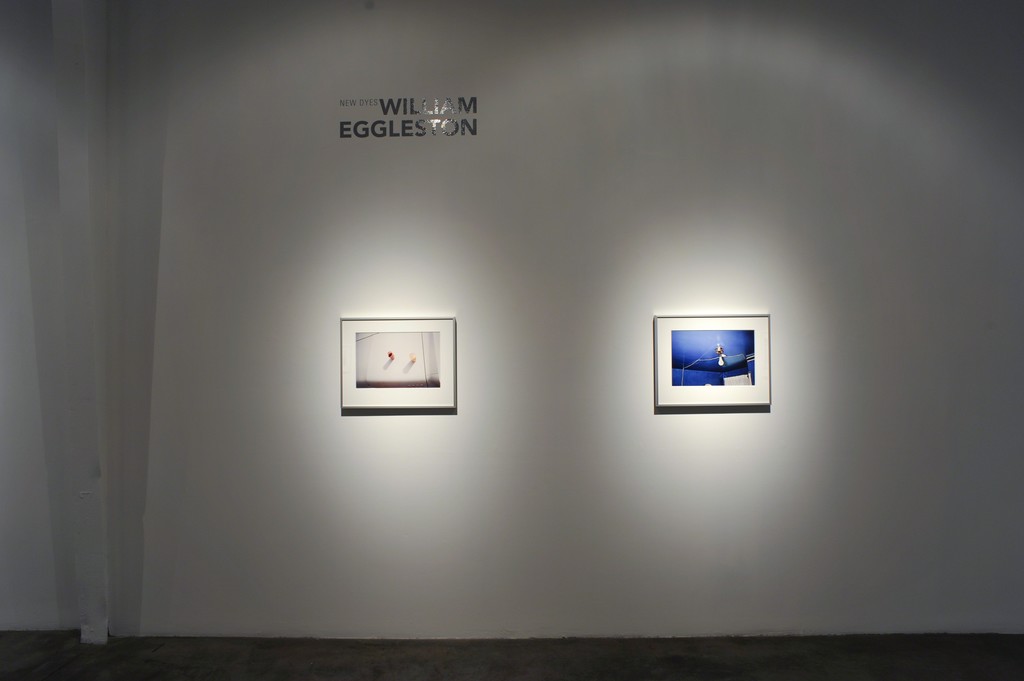 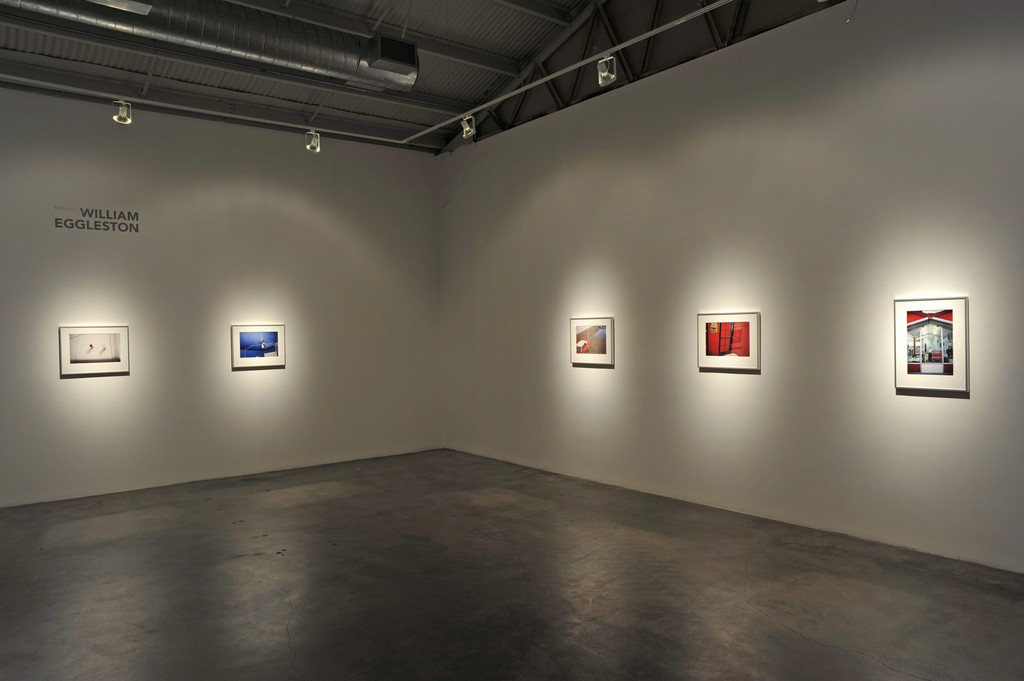 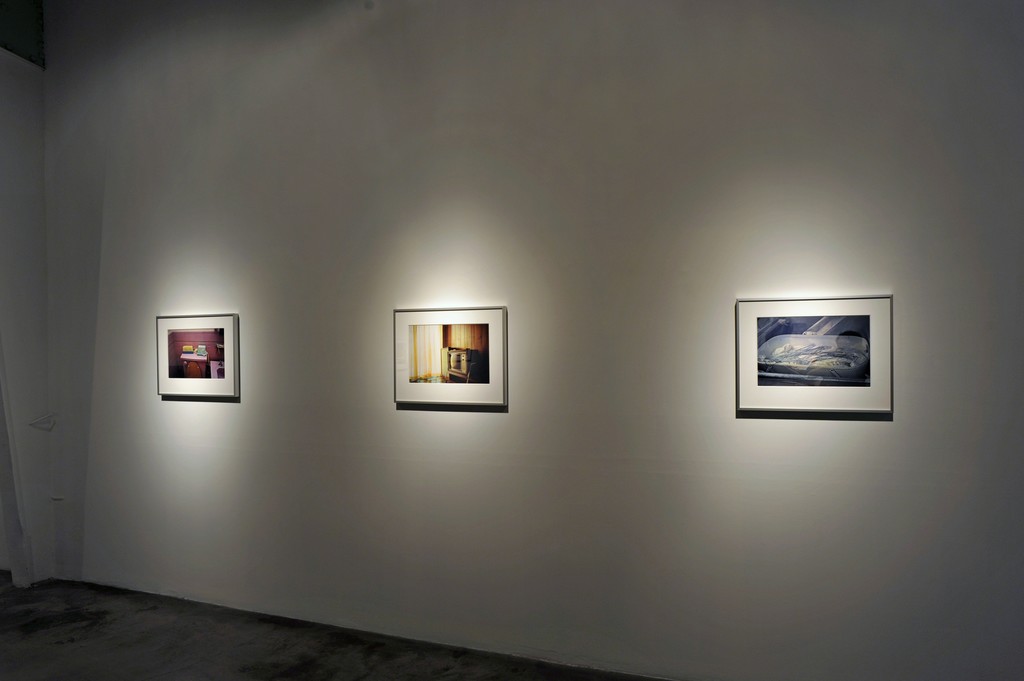 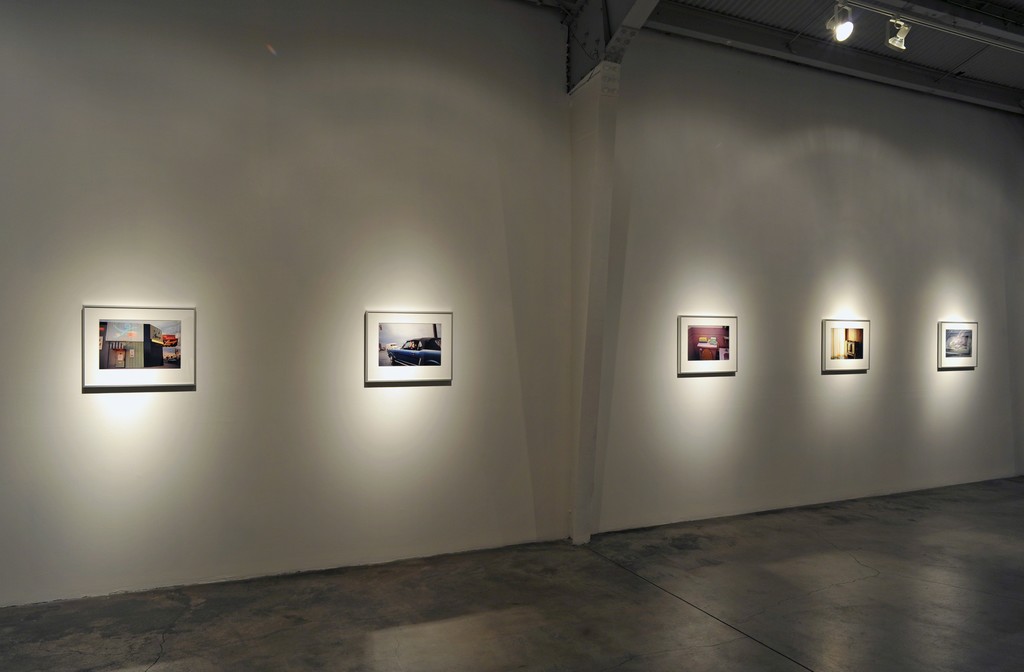 ROSEGALLERY is pleased to announce the international debut of new dye transfer prints by William Eggleston. Images from New Dyes will be on view from 13 October – 24 November, 2012. A reception for the artist will be held Saturday, 13 October 2012 from 6-8.

William Eggleston’s vision is deceptively casual and sometimes brutally direct. The results are often unsettling. Whether he is making portraits, landscapes, interiors, still-life’s or street scenes, he works with unflinching, unsentimental candor. By marrying this sensibility with sophisticated color, Eggleston continuously rediscovers the mundane world.

His first solo exhibition, simply titled Color Photographs opened at the Museum of Modern Art, New York on May 25th, 1976. Comprised of dye transfer prints of the artist’s early color work, produced between 1969 and 1971, it was regarded as one of the most influential photography shows of its time. The corresponding catalogue, William Eggleston’s Guide, was the museum’s very first publication of color photographs and together, exhibition and book represented a turning point in the history of photography; the point where color photography gained recognition as a medium of artistic expression.

His radical departure from conventional composition combined with the pioneering use of the dye transfer print process became the hallmark of Eggleston’s career. His reliance on dyes as a primary medium was an unprecedented aesthetic and conceptual choice that made a deep impact in the world of photograph. Originally developed for advertising, and advertising copy, the dye transfer printing method carried commercial and consumer connotations and had never before been used by an artist. By exaggerating particular hues and making use of the broadest color and tonal ranges, Eggleston added a psychological component, even an hallucinatory atmosphere to his pictures of the everyday. The arresting saturated palette, richness and unmatched depth of Eggleston’s prints are paralleled with a subtle emotional effect.

This Fall, ROSEGALLERY is pleased to present the very latest dyes. Culled from the same group of 5000 Kodachrome slides from which John Szarkowski curated Eggleston’s first exhibition, New Dyes represent the best of the artist’s unseen transparencies shot between 1969 and 1974. Printed by Guy Stricherz and Irene Mali, two of the last practitioners of the dye transfer craft, the prints are classic Eggleston – profound in their rebellious content and distinguished by their peerless beauty.

A comprehensive exhibition of Eggleston’s NEW DYES will be held at the TATE Modern London, 2013 and will become part of the museum’s permanent collection.