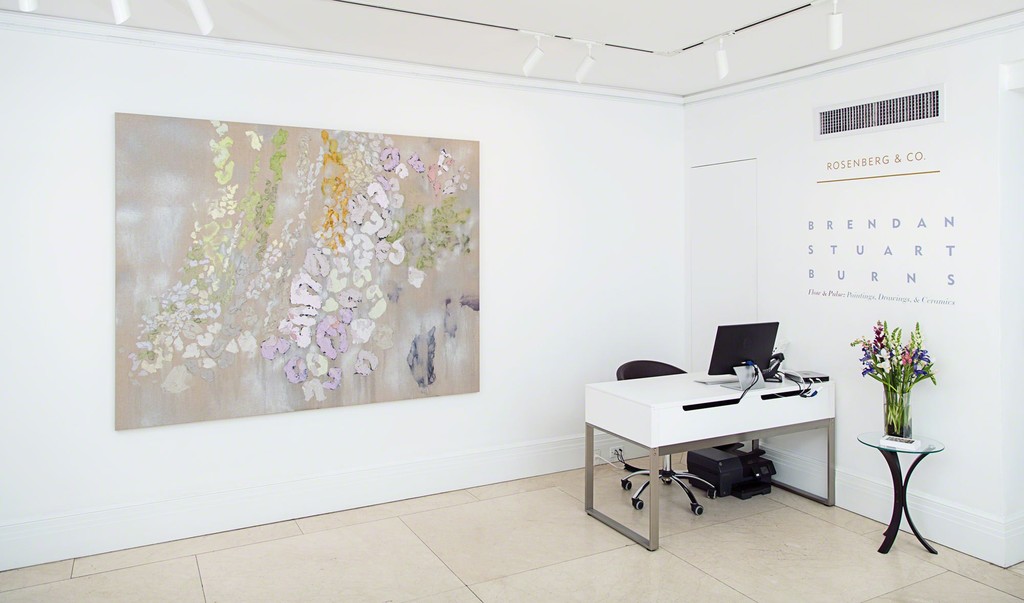 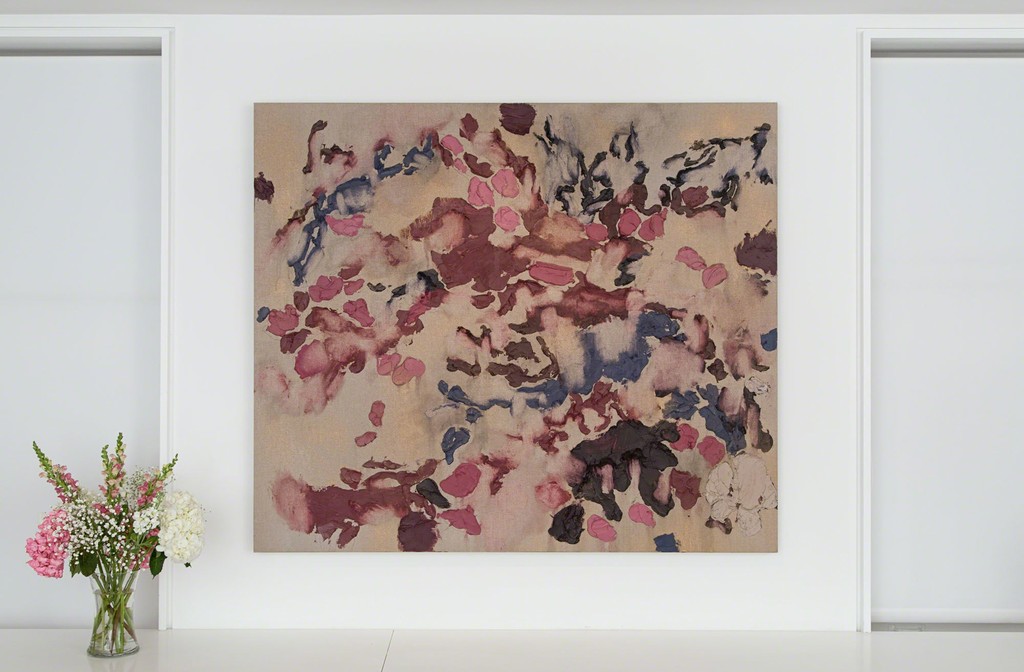 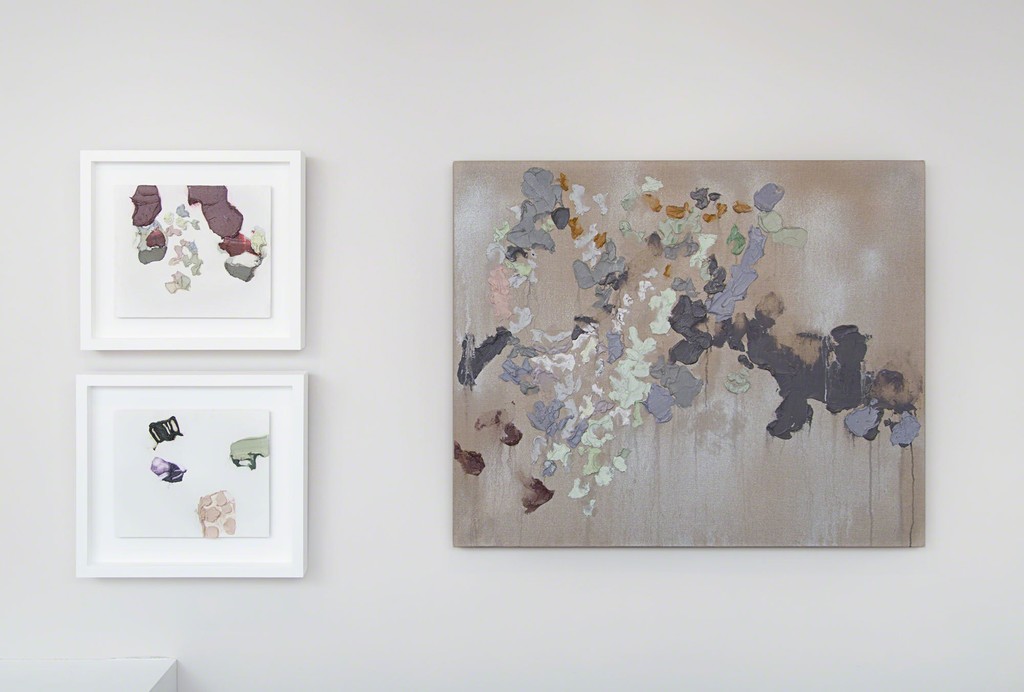 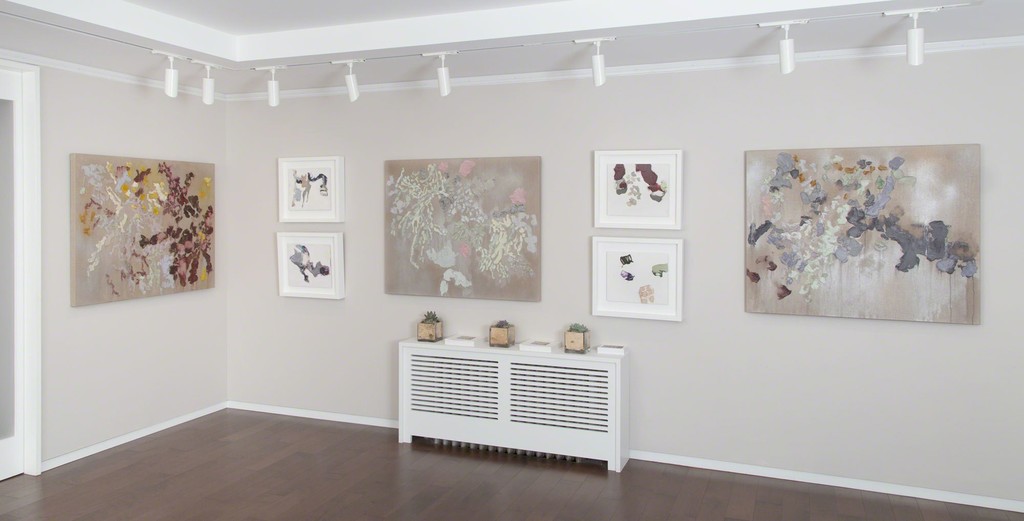 ‘Painting is thinking; it is a presentation of what you do not know as well as what you do know.’ - Brendan Stuart Burns

Following in the tradition of such painters as Graham Sutherland and John Craxton, Burns's work is inspired by his walks along Wales’s Pembrokeshire Coast. Through his multidisciplinary practice, Burns monumentalizes the minutiae of nature, evoking the salt-kissed air, deciduous growths, and rough-hewn rocks of the Atlantic. The pearlescent canvases of Burns's large-scale paintings gleam like the shimmering surfaces of tide pools, while his delicate brushstrokes mimic the ruffled multiplication of lichen. In his smaller works, the thickly applied impasto paint ripples above the surface, breaking into crests and crescendos before dissolving back into calm doldrums.

While Burns's paintings reflect the glinting transience of the ocean's ebb and flow, his drawings and ceramics are grounded in the solidity of stone. In Burns's drawings, the outlines of pebbles and the cracks running through bedrock emerge from his carefully rendered gradations on Khadi paper. In his ceramics, these geological features materialize into three-dimensional space. Created by pressing wet clay deep into the crags and crevices of the rocky Pembrokeshire landscape, these delicate porcelain streamers echo the fissured surface of the earth.

Rosenberg & Co.'s solo show Brendan Stuart Burns: Flow & Pulse offers viewers a glimpse of the vast oeuvre of a contemporary master of British abstraction. The exhibition is accompanied by an illustrated publication with an essay by art historian Philip Wright.

Brendan Stuart Burns (b. 1963, Nakuru, Kenya) is arguably the most highly accoladed Welsh artist today, winning Wales’s paramount fine art award, the Eisteddfod’s Gold Medal for Fine Art, not once but twice (1993 and 1998). He also won the Creative Wales Arts Council Major Award in 2013, and was named Welsh Artist of the Year in 2000 and 2003. His work has been shown internationally in Australia, Belgium, France, Spain, and China, and most recently at the Armory Show in New York in both 2015 and 2016. His work is held in numerous public collections, including The National Museum and Galleries of Wales (Derek Williams Trust); The Contemporary Art Society of Wales; A Fundación Casa Museo ‘A Solaina’ de Pilono, Spain; and The Contemporary Art Society of Britain (Tom Bendhem Bequest). In 2009, Burns became the inaugural artist-in-residence at the Oriel y Parc Landscape Gallery, St Davids. Burns received his PhD in Fine Art from the University of Glamorgan, Wales, and currently is a lecturer at Bath Spa University in England. Burns lives and works in Cardiff, Wales.