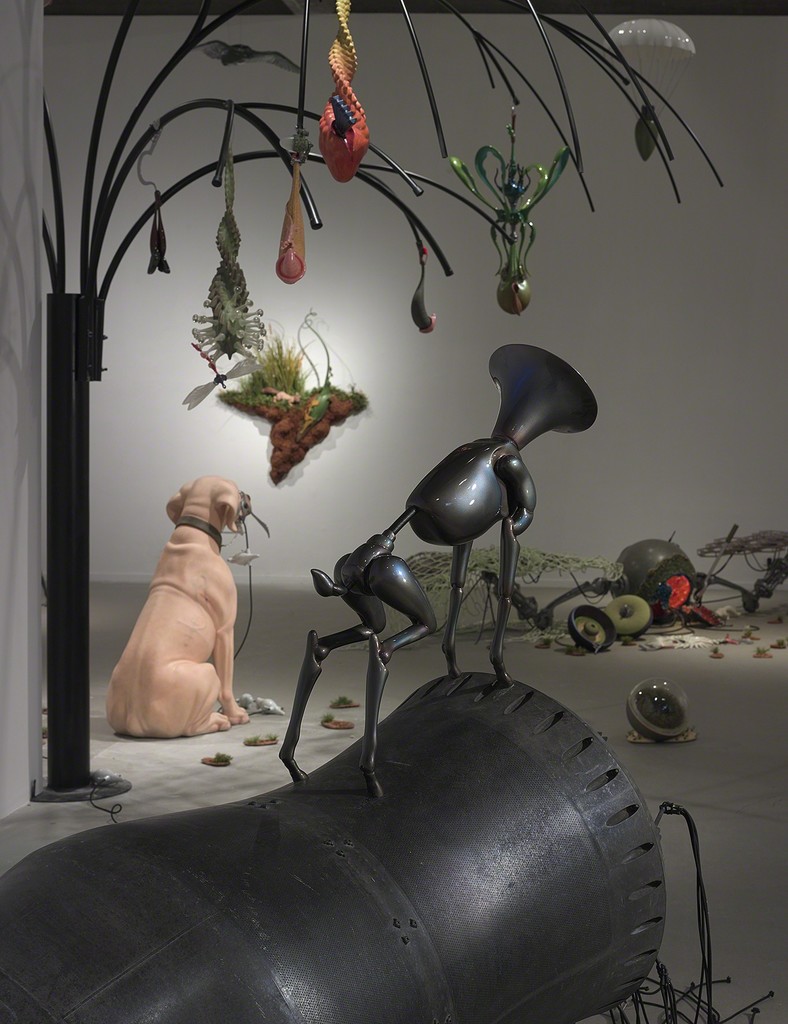 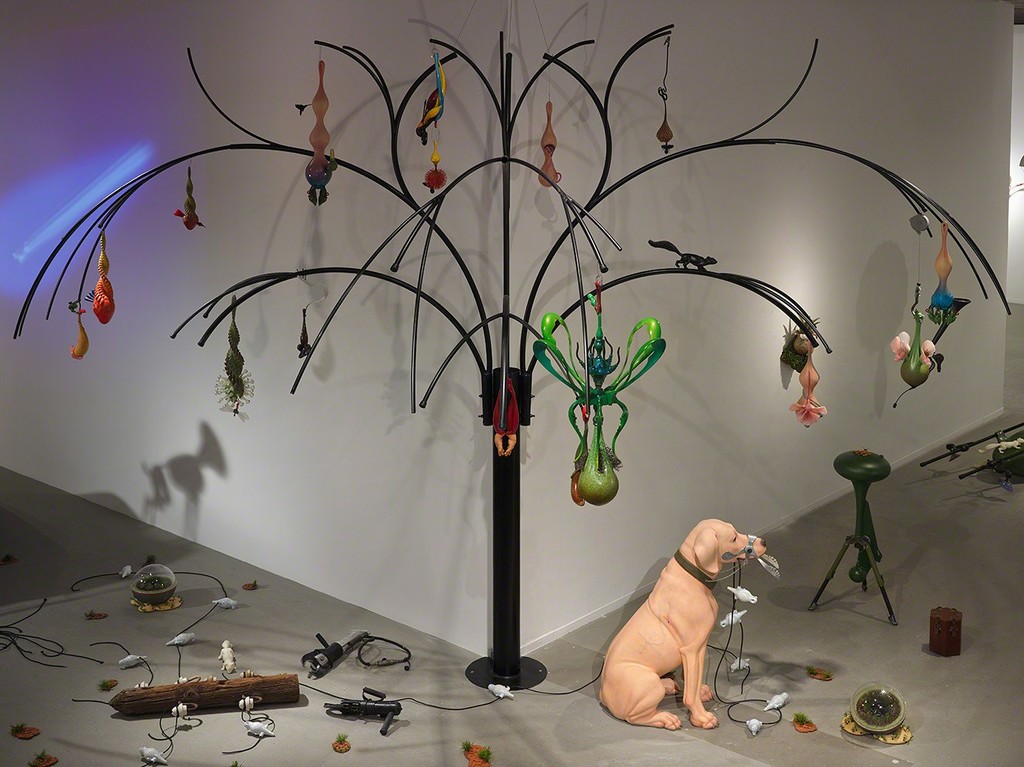 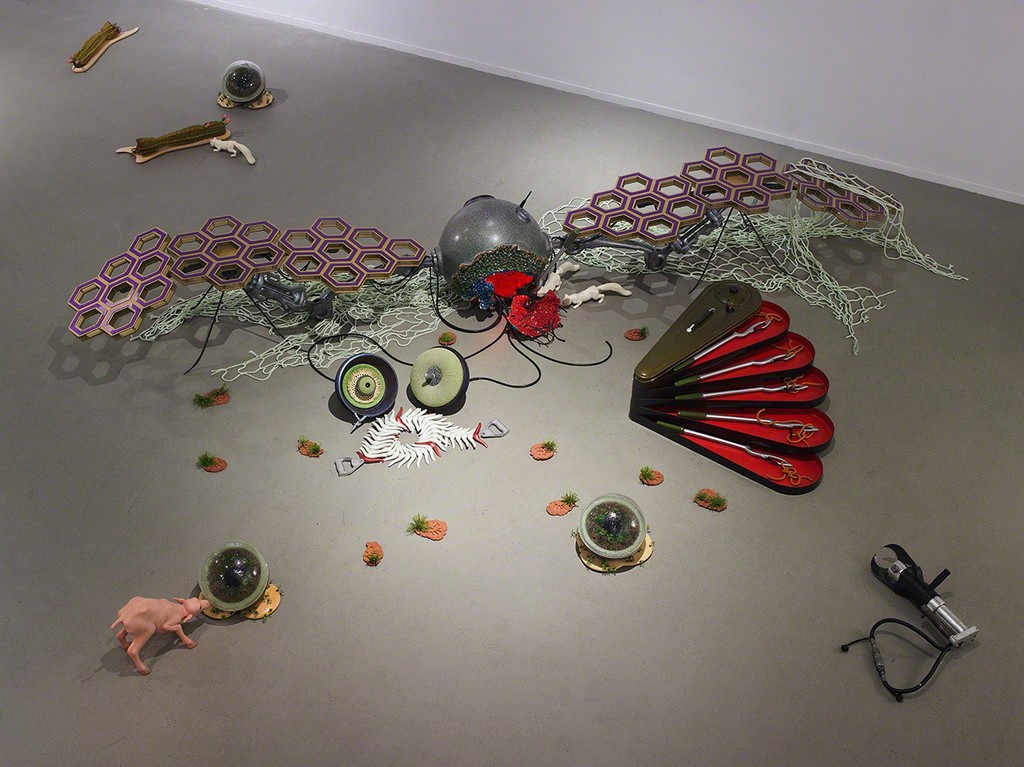 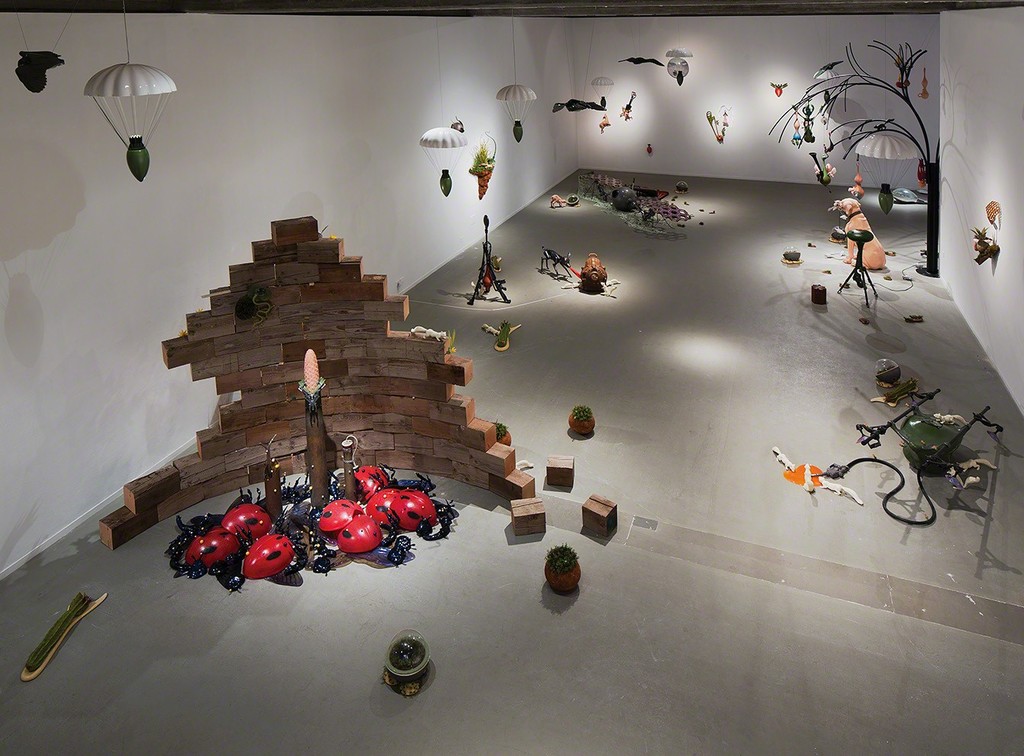 Eli Gur Arie's works suggest the dreadful possibility of an apocalyptic event brought about by our treatment of existing ecosystems and the systematic ravaging of biological, ecological, and geographic fabrics by entire societies, to the point of total destruction.
His works are akin to "survival proposals" in a post-apocalyptic world. He thus constructs closed systems, essentially mechanical, introducing options, mutations, and rescue strategies. Aesthetically, these "rescue proposals" range from surrealism to hyperrealism, but they also belong in an age-old tradition which regards the hybrid as a fantastic realm, a place where the organic and the mechanical create a Third Space.
Gur Arie is a one-man school. He differs from other Israeli artists in that he harnesses the future to discuss the present, employing the genre of science fiction, and especially the sub-genre of apocalyptic narratives and post-apocalyptic visions.
Despite its organic sound, the title of the exhibition, "Growth Engines," is an economic term denoting the means and mechanisms that create impulses of economical growth. The idea of growth is central to the capitalist system, and subject to criticism by its opponents. In the context of this exhibition, growth engines are not a metaphor, but the raison d'etre behind Gur Arie's environments, artifacts, and hybrids. In the wake of catastrophe, they emerge, like engines of God, to create a brave new world.
(Doreet LeVitte Harten)