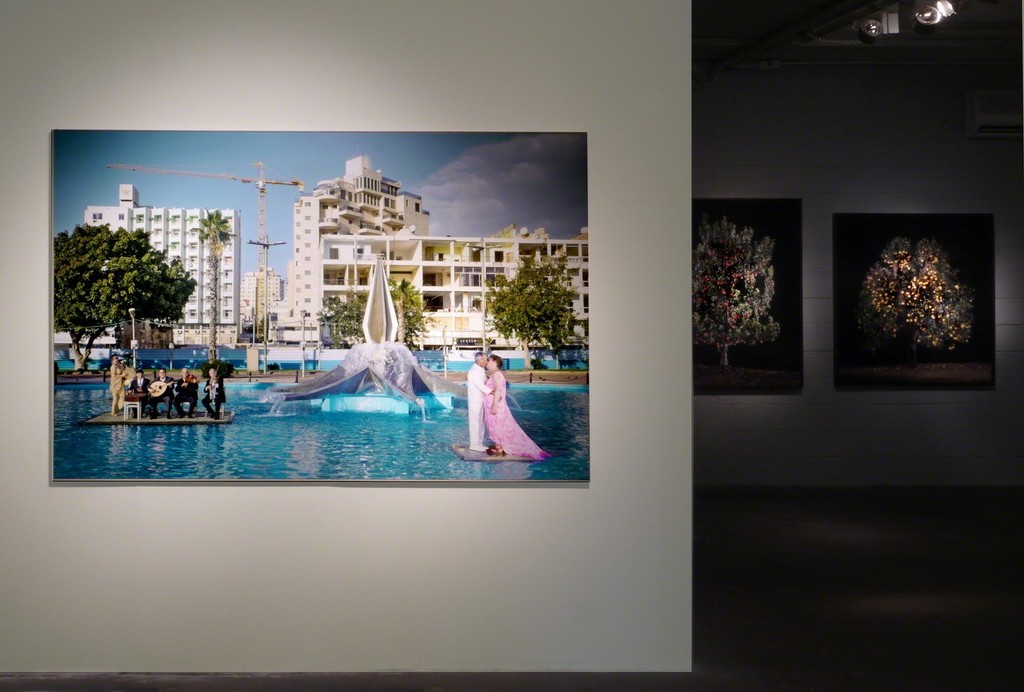 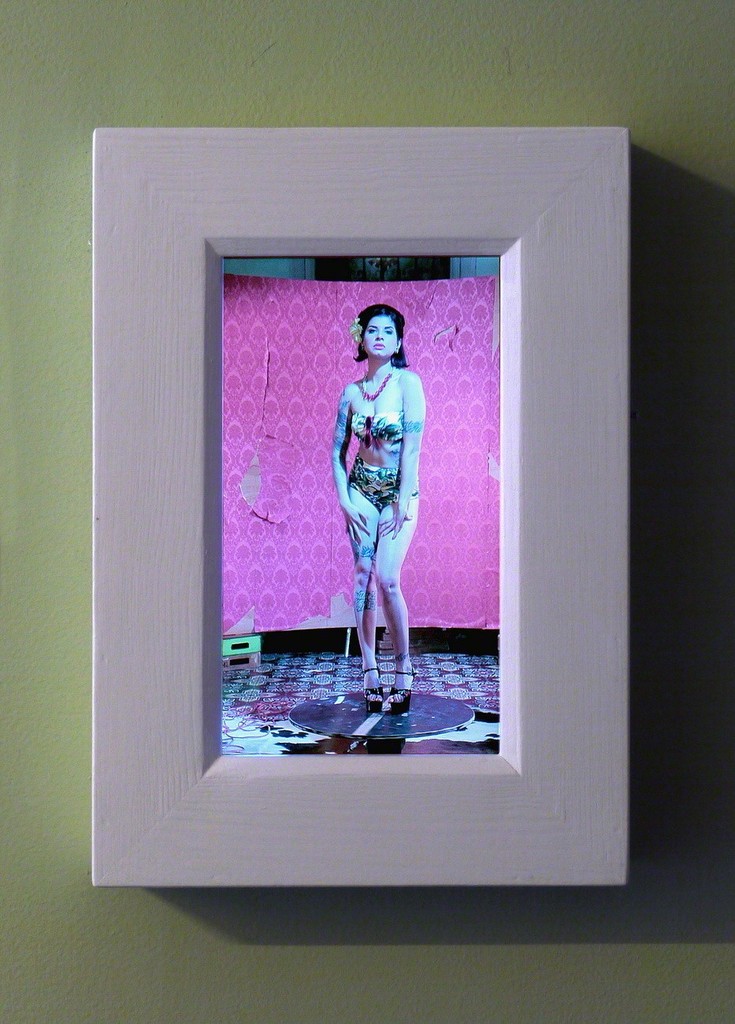 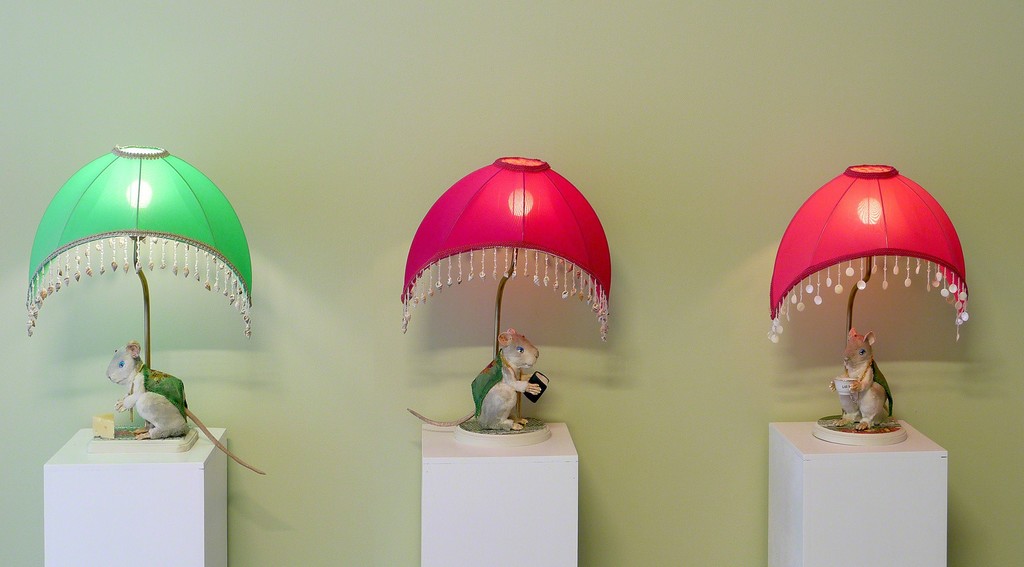 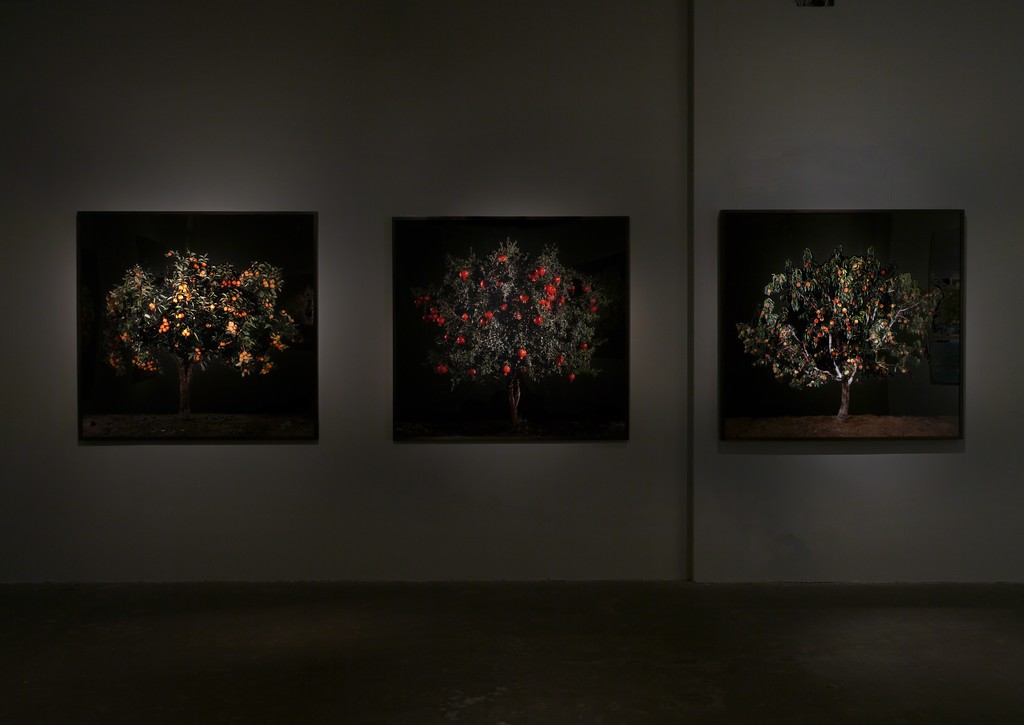 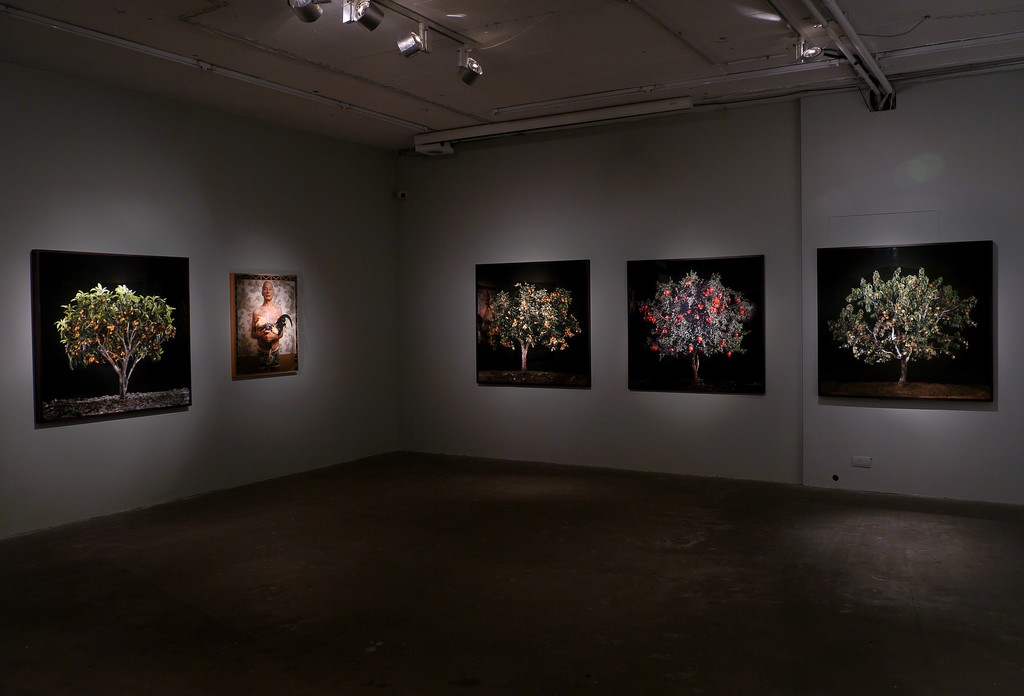 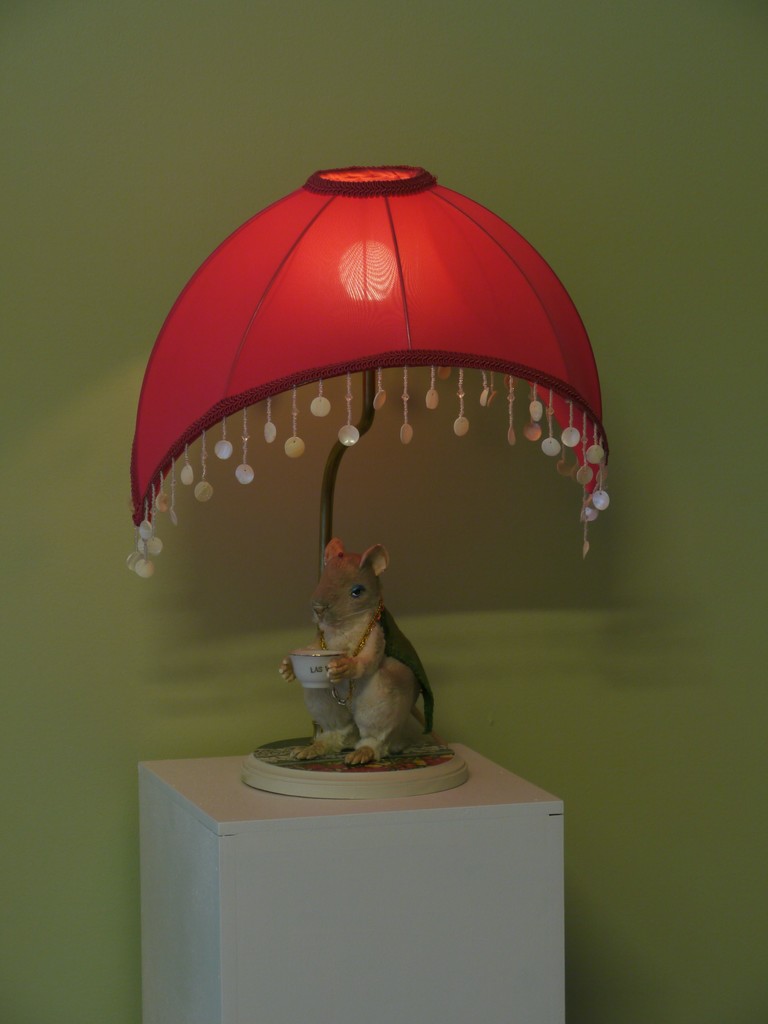 Rosenfeld Gallery is pleased to announce a new solo exhibition by Tal Shochat License to Survive. The current exhibition presents an installation of recent works; in which Shochat is staging both figures and objects and crates symbolically-laden images that often question the boundary between the natural and the artificial.

License to Survive turns the gallery to a space that functions like the oriental garden and Persian Garden in particular. It is an imaginary space connecting together different places, different climates and different times in one place, as a microcosm of the world. At the Center of the garden stands a water fountain (the Independence Square in Netanya) a monument preserves a memory of a place that no longer exists and simultaneously refers to Western culture classics and oriental motifs.

Among the assortment of images and symbols, appears John, the father of the artist, once as a romantic, charming character and once as a hunter or a giant, protects his blooming garden. He reappears playing a lettuce leaf, an idyllic scene in which he is surrounded by beautiful seductive women at the center of a dilapidated space, exposing the forgery and betrayal, in vision and reality. The whole exhibition creates a vision of a utopian world that preserves its human intervention as well as its cultural decline.