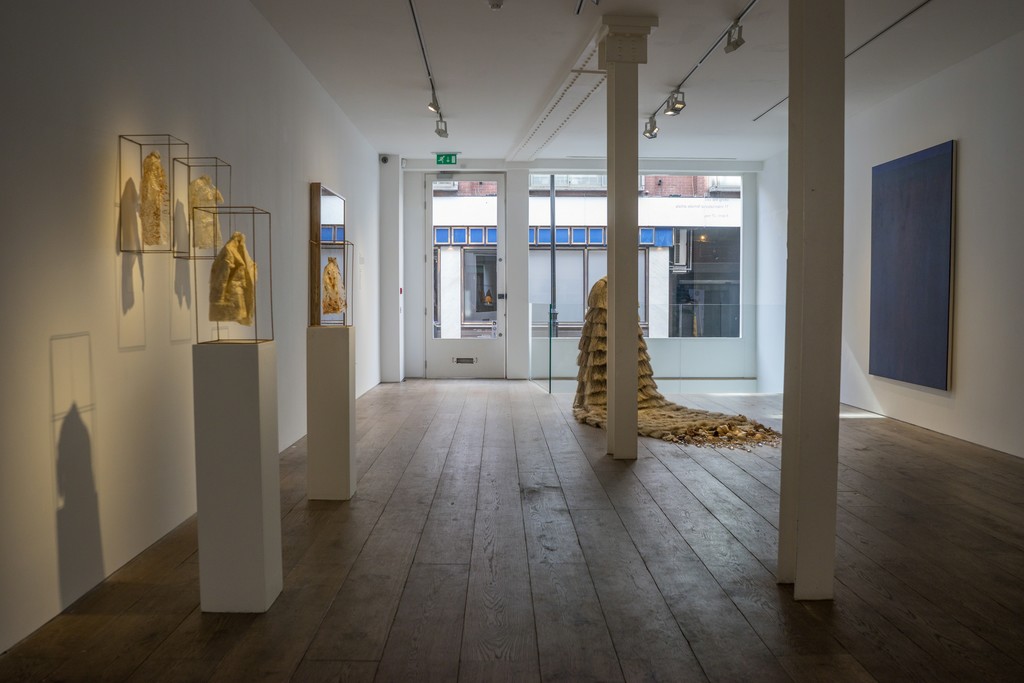 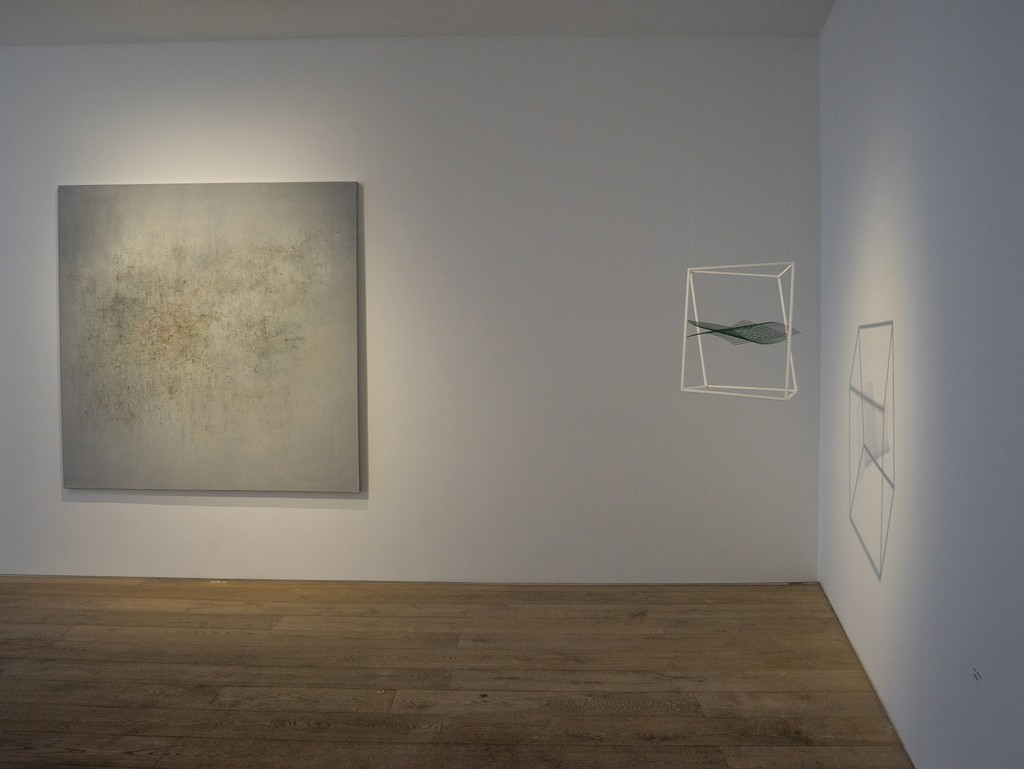 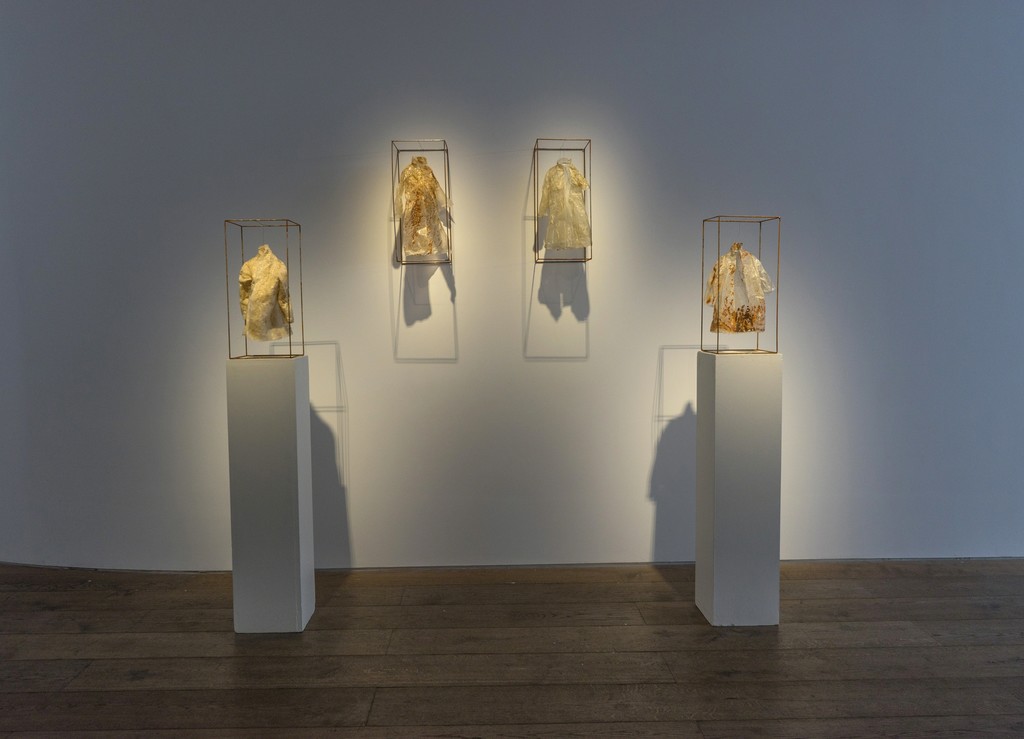 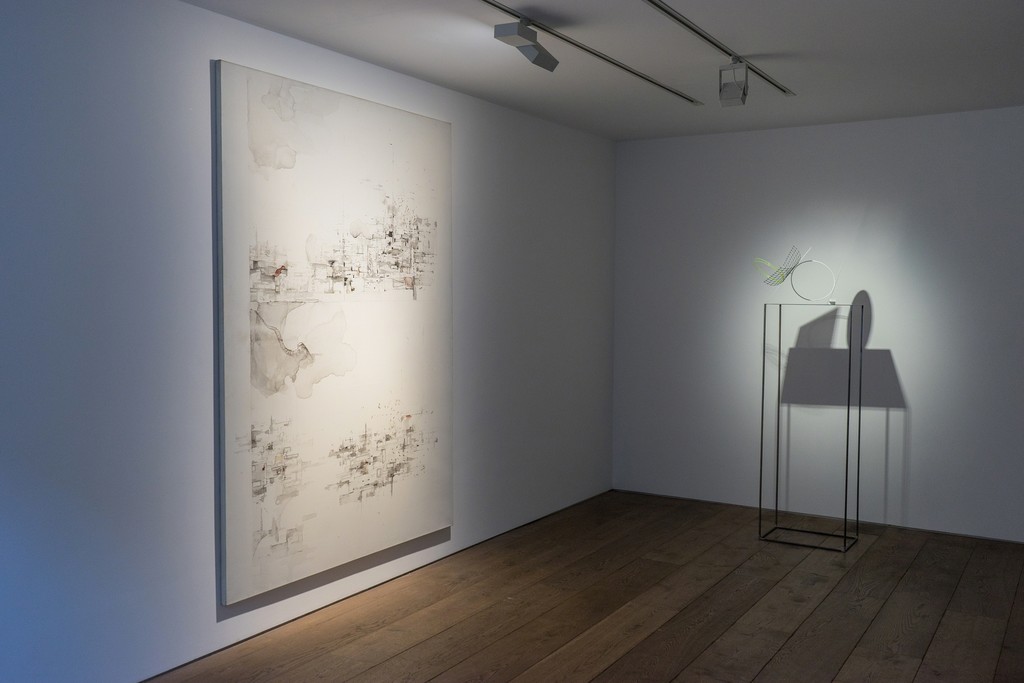 There has been a visible increase in recent years of all-female contemporary art exhibitions notably The Rubell Family Collection’s ‘No Man’s Land’ (Miami) and Saatchi Gallery’s ‘Champagne Life’ (London). This attention is primarily a reaction to the perceived gender imbalance in society and more specifically in the art world. However, rosenfeld porcini’s decision to bring together these eleven international women artists has another intention. ‘Lifting the Veil’ is not aiming to make a statement about what it is to be a female artist in our contemporary society, but rather looks at a selected group of artists from very different cultures and backgrounds in order to examine if there is a common sensibility that links their practices, even though their narrative concerns vary greatly.

There are thematic relationships, however, between the artists. Arushee Suri's large installation entitled, ‘Memories of a Mild and Gentle Breeze and the Smell of Rain’, is a sensory and visual voyage into the artist's memory of the landscape where she grew up. She utilises both painting and a multitude of ceramic objects, which are covered in spices and essences with the aim of submerging the viewer in the atmosphere of an imagined Indian landscape. Miyuki Tsugami is also interested in the sensations and impressions of landscape. Her aim is to capture nature’s fleeting moments; colours seep into one another as light in part emerges and in part retreats from and into the canvas. The paintings selected in this exhibition largely relate to her experiences of landscape in her native Japan.

An idea of landscape also inhabits the paintings by Marianna Gioka and Luisa Rabbia although both use drawing as the basis of their practice. Luisa Rabbia’s large colour works are concerned with skin, blood and the inner workings of the human being. ‘In my work, the skin is often my primary subject, represented as a membrane that in my drawings extends until it becomes a vast, fragile, landscape’ (Luisa Rabbia). The artist’s drawings have a pronounced sense of translucence, glowing with light which magically emerges from behind the colours. Marianna Gioka's abstract works on the other hand have developed out of the structure of architecture and speak of an imaginary landscape. Her visual universe is the result of an intense process of mark making made by an array of pen strokes with a variety of nibs, each picture finally assuming its definitive form only when the process is complete.

Teodora Axente's paintings are influenced by Orthodox imagery but the symbols are reinvented with a contemporary narrative. Drawing on a wide range of unexpected textures and objects which become metaphors for anxieties of the soul, her work has a recurring surreal quality which makes it feel more in line with the Flemish tradition, rather than the Cluj School where she hails from.

Firelei Baez is concerned with individual female experiences and renders her subjects through finely painted symbols, patterns, textiles and ornaments. Baez’s true intent is to comment on cultural dominance and the fate of women from diasporic societies similar to her own Dominican Republic. Bongsu Park's videos focus on the body, predominantly those of women, thus creating a parentage with Luisa Rabbia. However, Park uses dance and music to explore her theme. Dressed in traditional Korean dance attire, her character in the work ‘Lethe’ separates into three overlaid time frames; the visual composition creates harmony and dissonance as the dancer travels into oblivion. This passage of life, death and reincarnation is the artist's interpretation of the Grecian myth referenced in the work’s title, where the dead were required to drink the river's water in order to forget the experience of mortality.

Claudia Fontes, with her miniature ceramic figures also focuses on the female form. However, in her case, it is both as mother earth, the root of all beings, and as a female archetypal figure emerging out of inanimate matter. The delicacy of Claudia Fontes' sculptures is echoed in an abstract sense by the Italian artist Alice Cattaneo whose sculptures explore a world of fragility and precariousness. Using a variety of objects placed in an unlikely proximity to one another, the works appear on the verge of collapse but somehow, remain in a completely stable state.

Artists Rossana Zaera and Silvia Hatzl use clothes as important elements of their practice and both utilize female garments in the sculptures featured in the exhibition. Zaera employed natural esparto grass fibres to produce the main element in ‘La Novia del Tempo’ (roughly translated as ‘The Girlfriend of Time’); a wedding dress comprised of precious objects from the artist's infancy and girlhood. Sea shells, shoe horns, hand knitted baby clothes, jewel like strands of cut stone, glass and locks of hair are all intertwined in the fibres, which act as a binding force keeping the fragility of existence and memory in balance. On the other hand, Silvia Hatzl's haunting garments address the impermanence of being. Their innate sense of fragility only increases their poignancy. Using materials as varied as cotton, silk, animal intestines, rust, blood soot and ash, her sculptures represent a haunting voyage into the tragedy of what is to be human and a constant reminder of our tenuous passage through the world.

The eleven artists featured in this exhibition all have very distinct voices; yet it is their poetic approaches and the sensibilities they display, which appear to weave a thread unwittingly and unknowingly between them as the veil is lifted and their inner worlds are revealed.