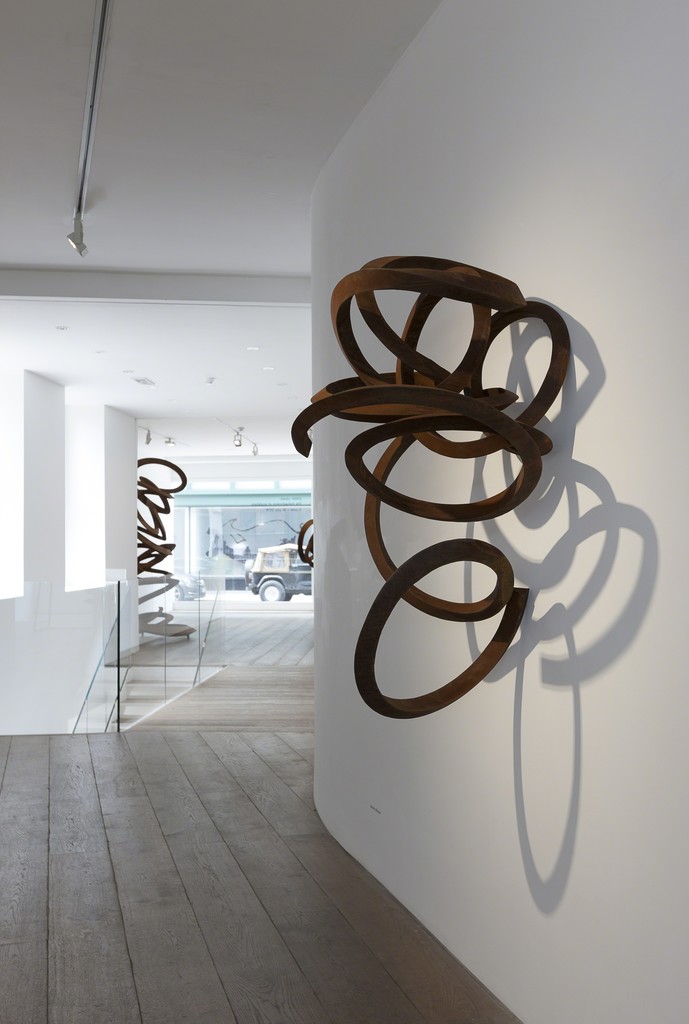 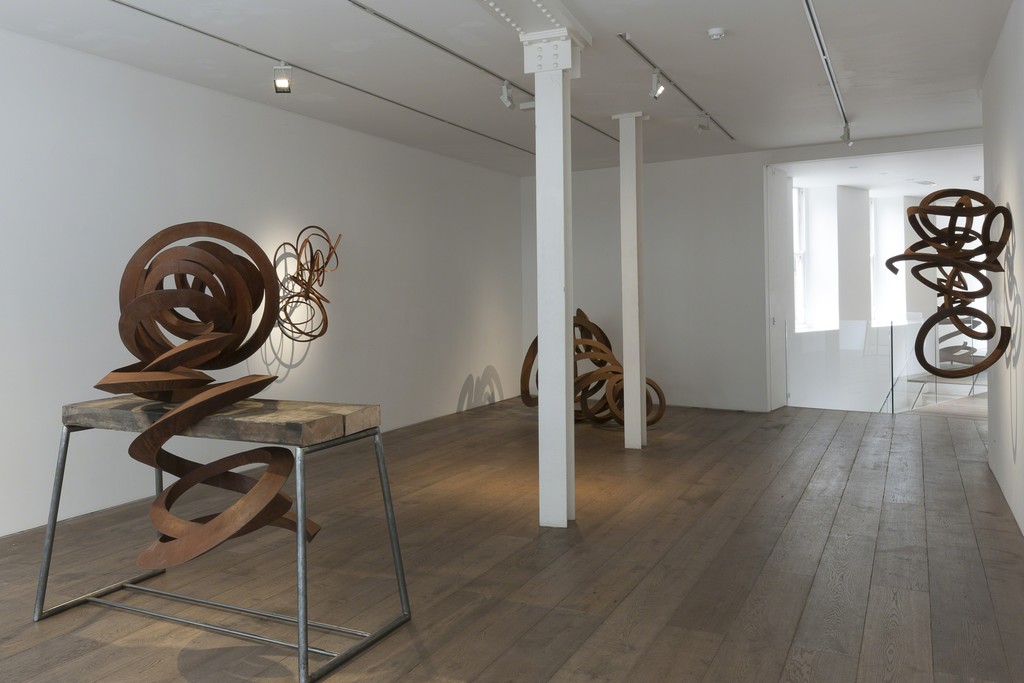 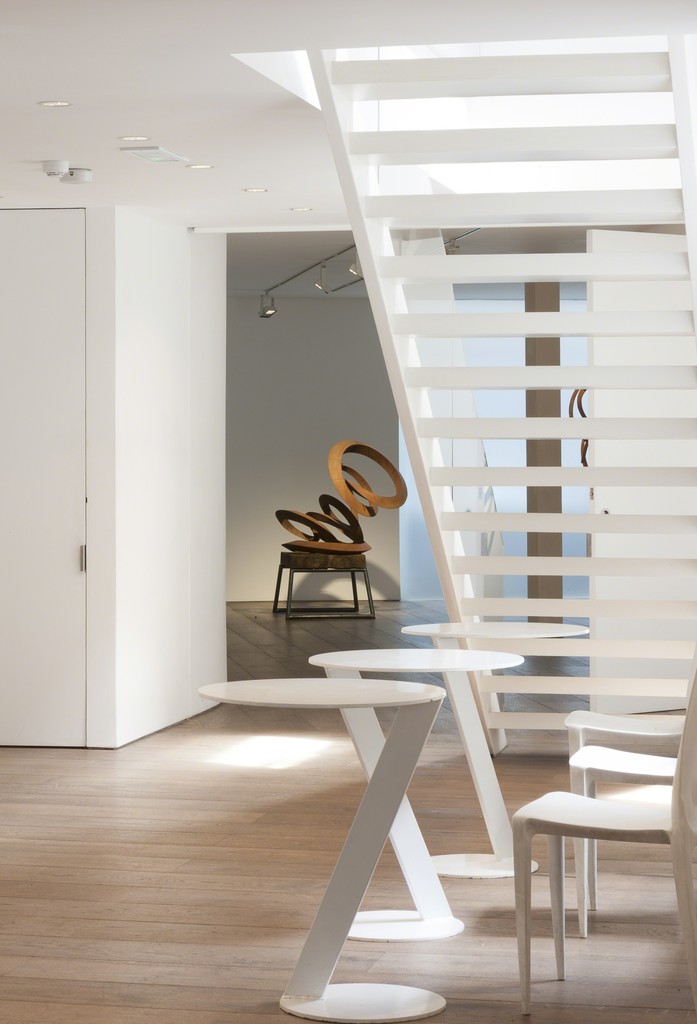 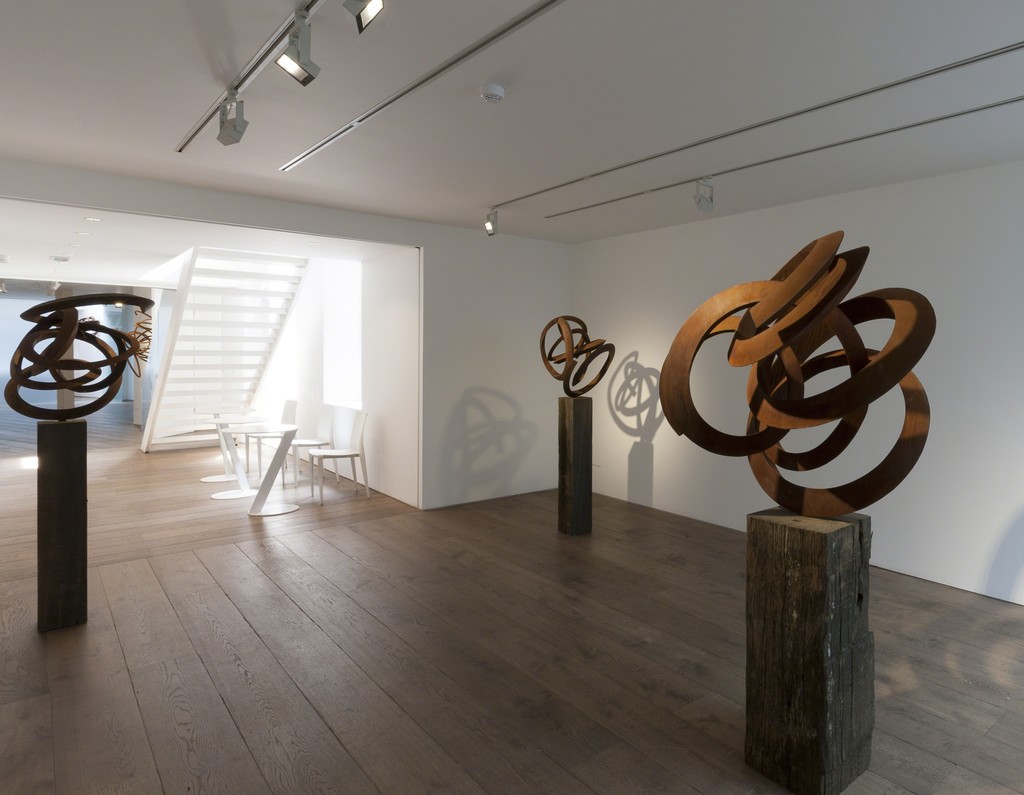 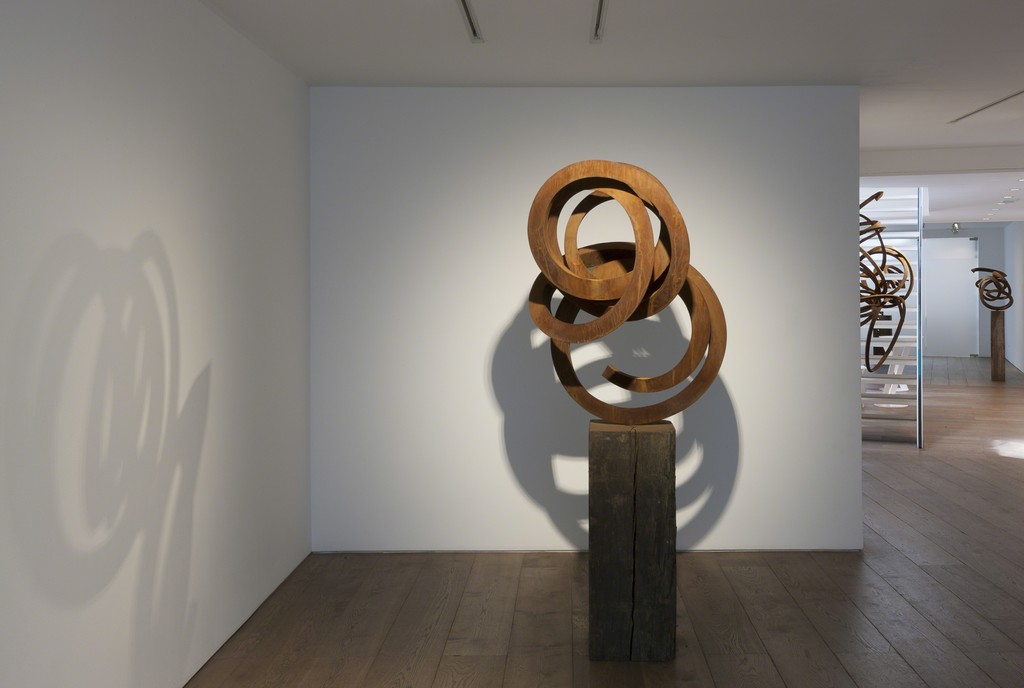 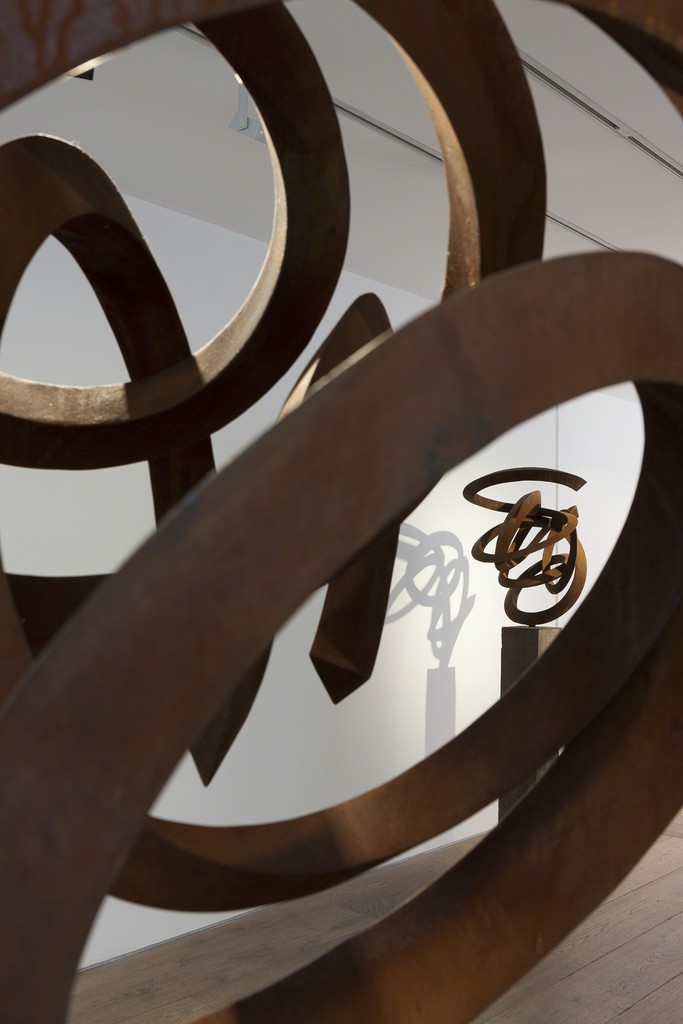 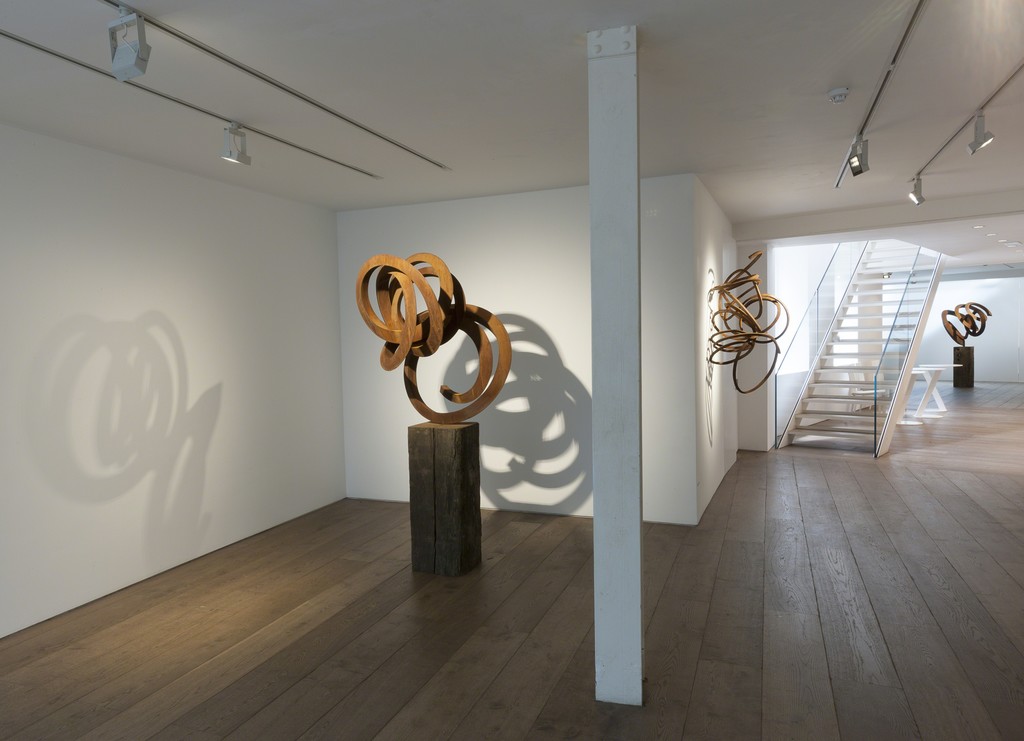 In spite of the fact that steel is generally considered as rough and austere, Pieter Obels’ sculptures seem to be controverting the intrinsic possibilities of the material. When one looks at Richard Serra’s monumental steel slabs and wonder at the curves he manages to give his material, feelings of huge weight, size and strength arise.
Pieter Obels works with Corten steel, yet what his works convey above all is light and grace as he bends the steel into extraordinarily delicate and winding shapes. The two artistic worlds couldn’t be further apart. It is almost as if we were watching the yin and yang of the same material.
Through a clever interplay of rigidity and dynamism, Obels work occupies a space deftly lingering between a sense of weight and weightlessness. His sculptures completely confound our perceptions of how a steel sculpture should look like and behave. The bends in the work appear to defy what the material can be persuaded to do.
Obels aim is to create totally organic forms with an extreme yet somehow innate sense of plasticity. This sense of a natural rhythm makes his sculptures sit with a total oneness in any natural surrounding. Rather than imposing themselves over where they are placed they appear to mirror the soft edges and harmoniousness often evident in nature. Notwithstanding the apparently cold material, the curves of the form and the rusty brown colour of their oxidization enable them to create a bond with the surrounding ambient.
Working alone without assistants, Obels has, however, permitted this aspect to dominate his works at same time as he emphasized the elegiac quality that they possess. Although totally contemporary, there is a strong wistfulness for a bygone age which favoured poetry over power and fragility and balance over industrial noise. The sense of a precarious balance which many of his works have, play beautifully with the apparent contradiction inherent in his material.
His works echo the world we would like to inhabit; a world dominated by beauty and awareness of nature. The curve as opposed to the straight line recalls a gentler, less severe universe where objects embrace and do not repel, where dialogue is always possible and agreement is always found.

Pieter Obels (b.1968, Kruisland, NL) currently lives and works in Tilburg, NL.
His sculptures were featured in numerous solo and group exhibitions such as the Solo Project at Basel Art Fair, Switzerland (2015; 2014); the Swiss Triennial Festival of Sculpture (2015); the Schlosspark in Koln-Stammhein, Germany (2013); and the Gunzburg Sculpture Park, Germany (2013) to name but a few.
Obels’s work is actively sought after internationally by private collectors and is part of many public collections such as the Community of Bergen op Zoom, The Netherlands; the Westfriesgasthuis Hospital, The Netherlands; Achmea,Utrecht; Woonwenz, Venlo; and the Community of Spijkenisse.