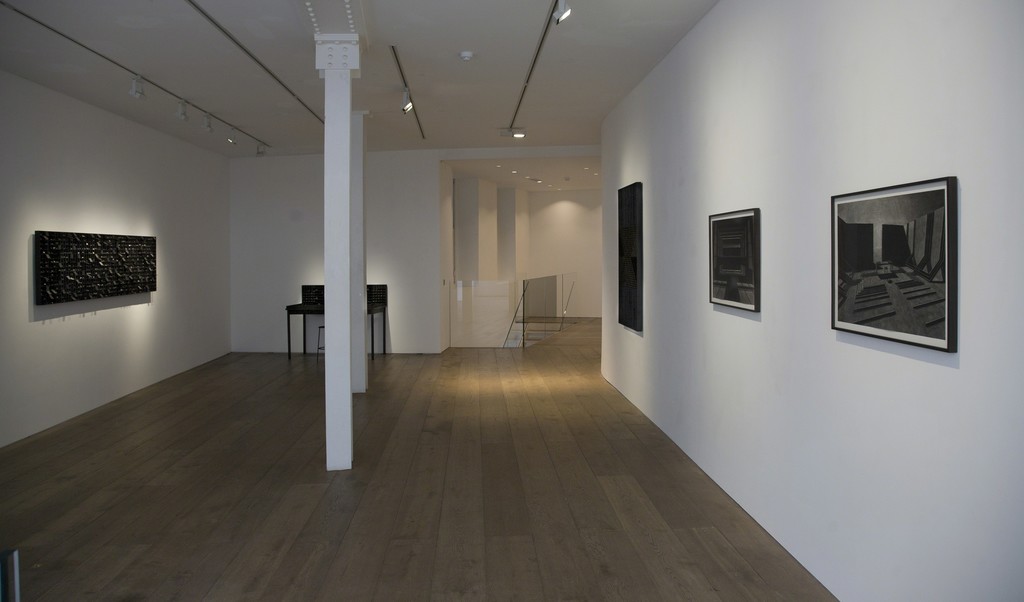 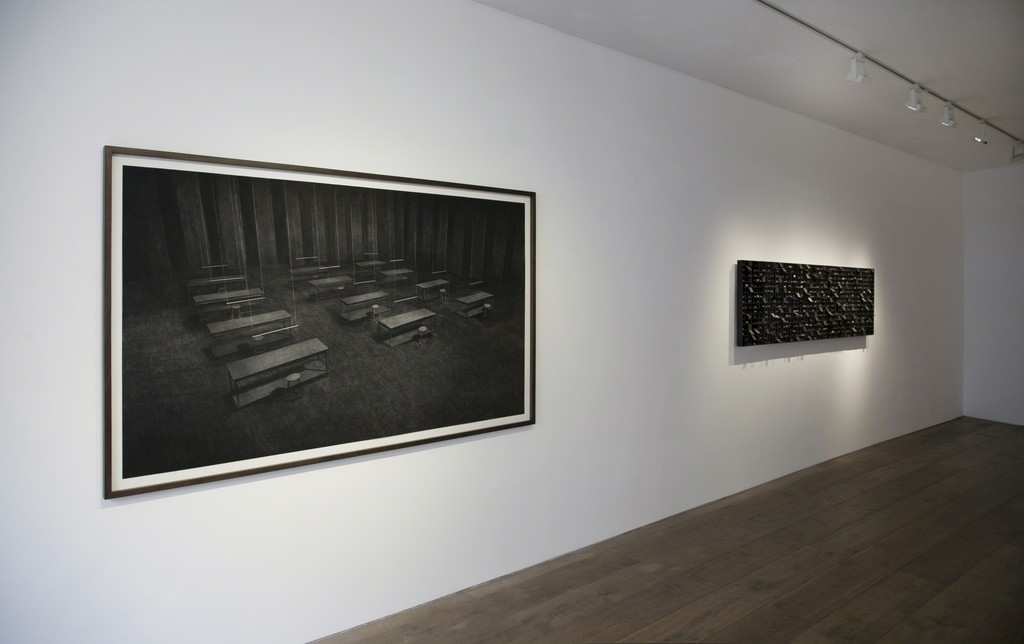 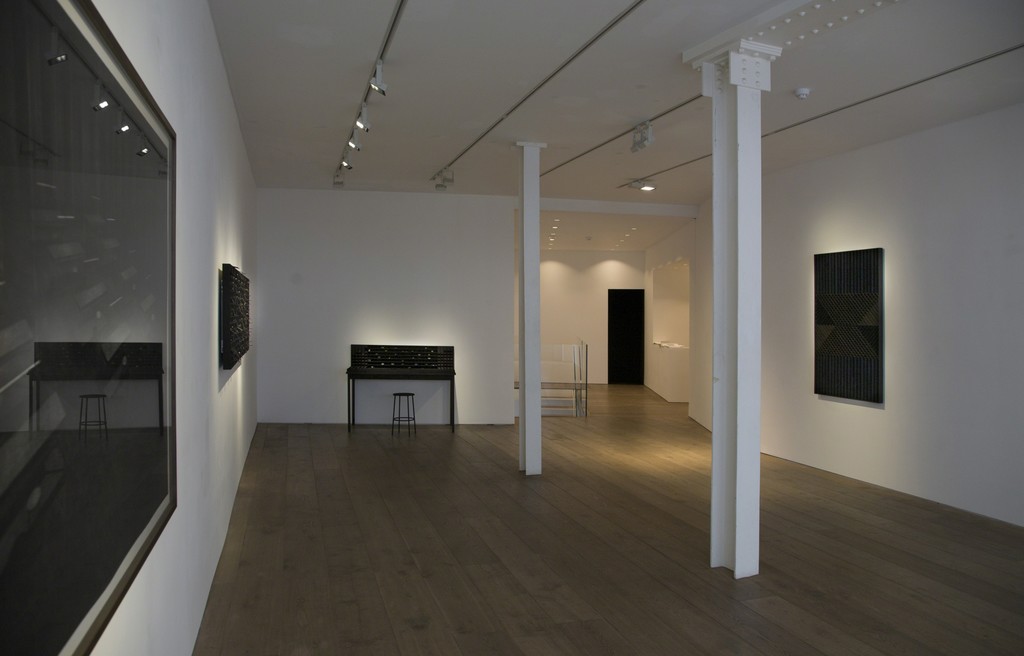 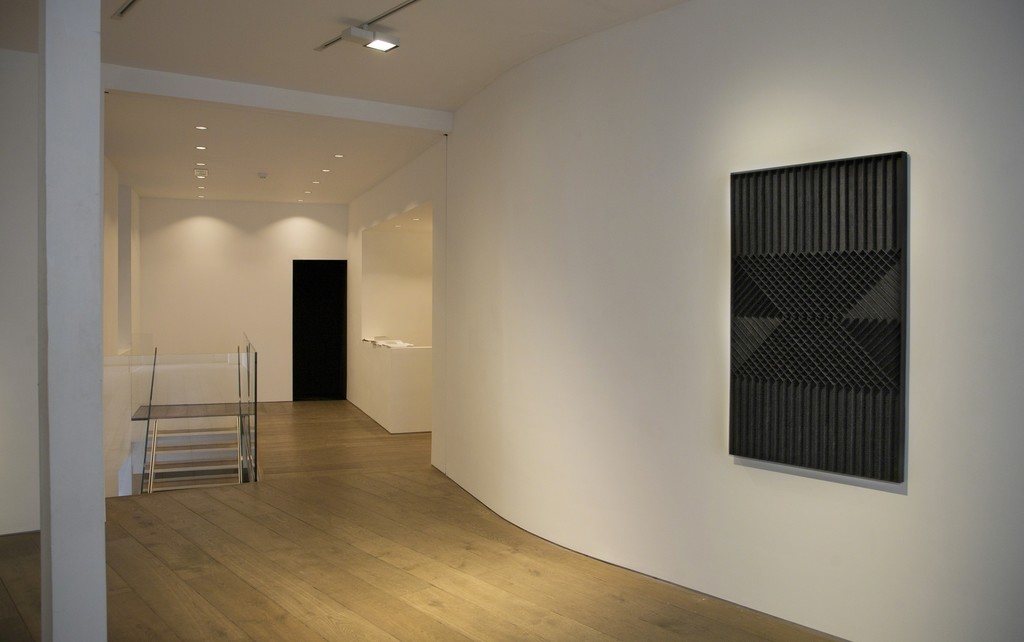 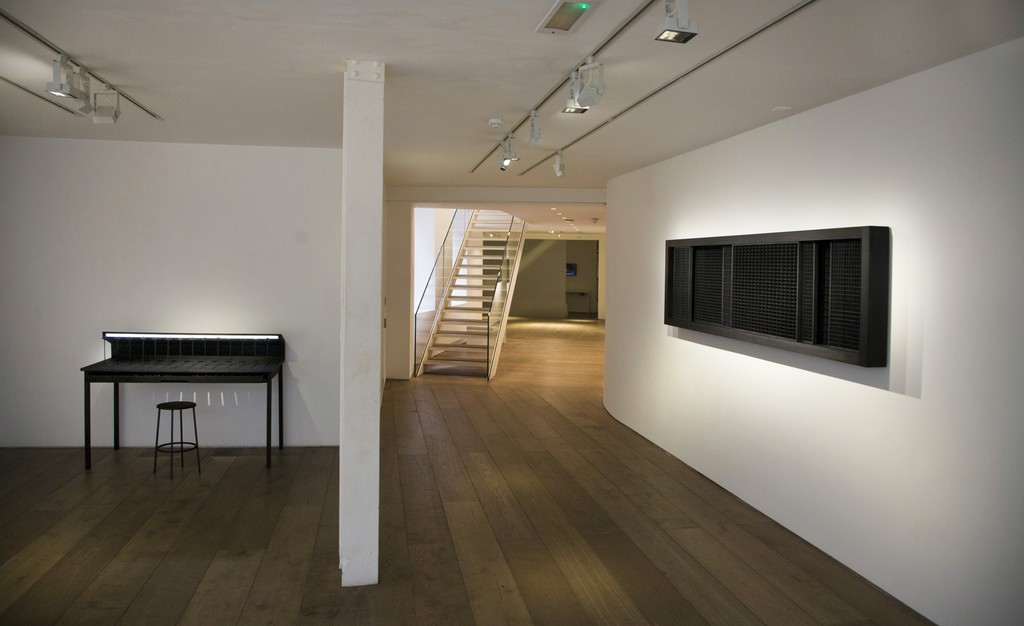 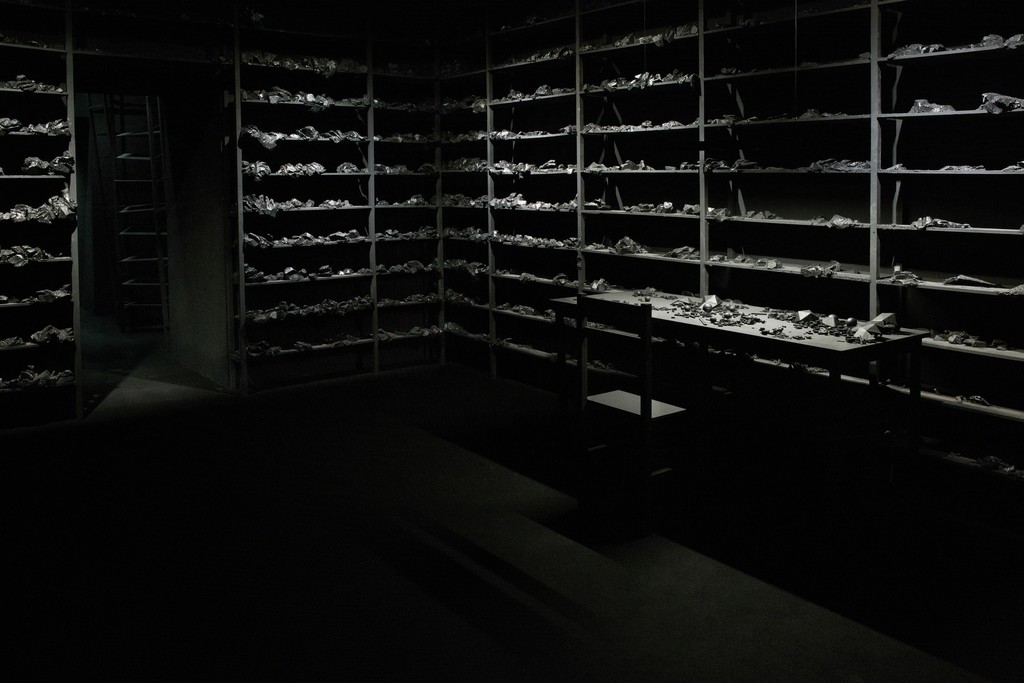 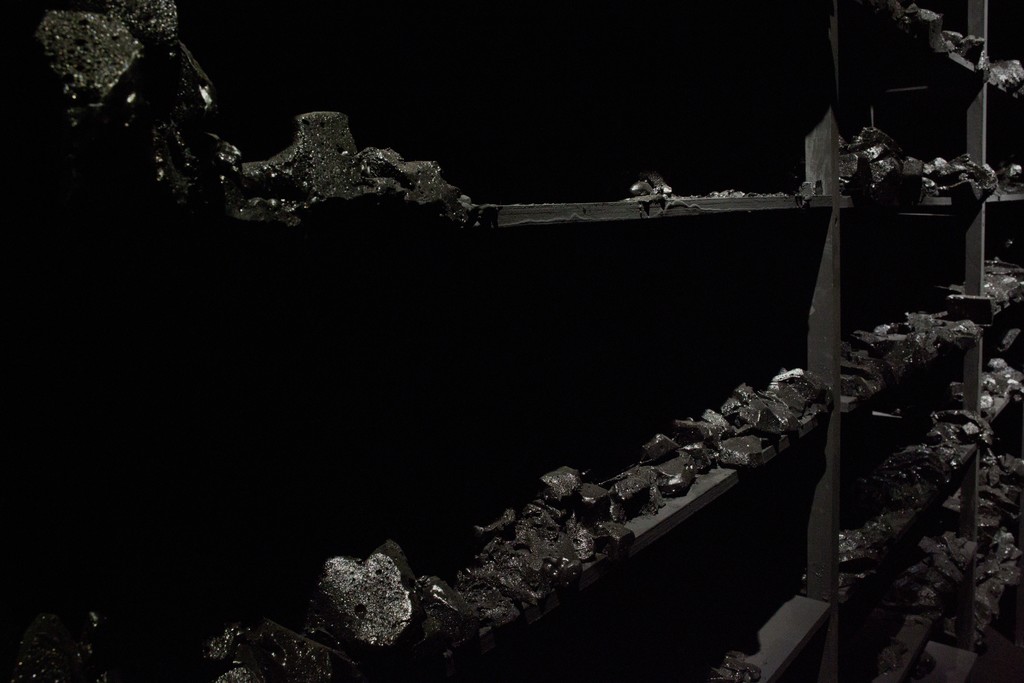 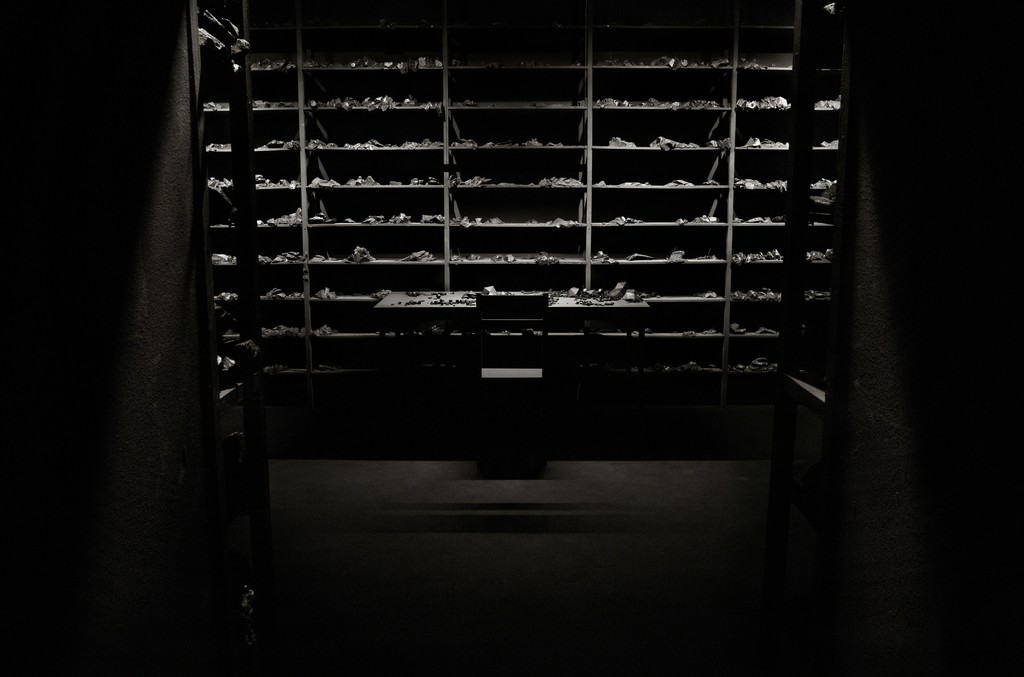 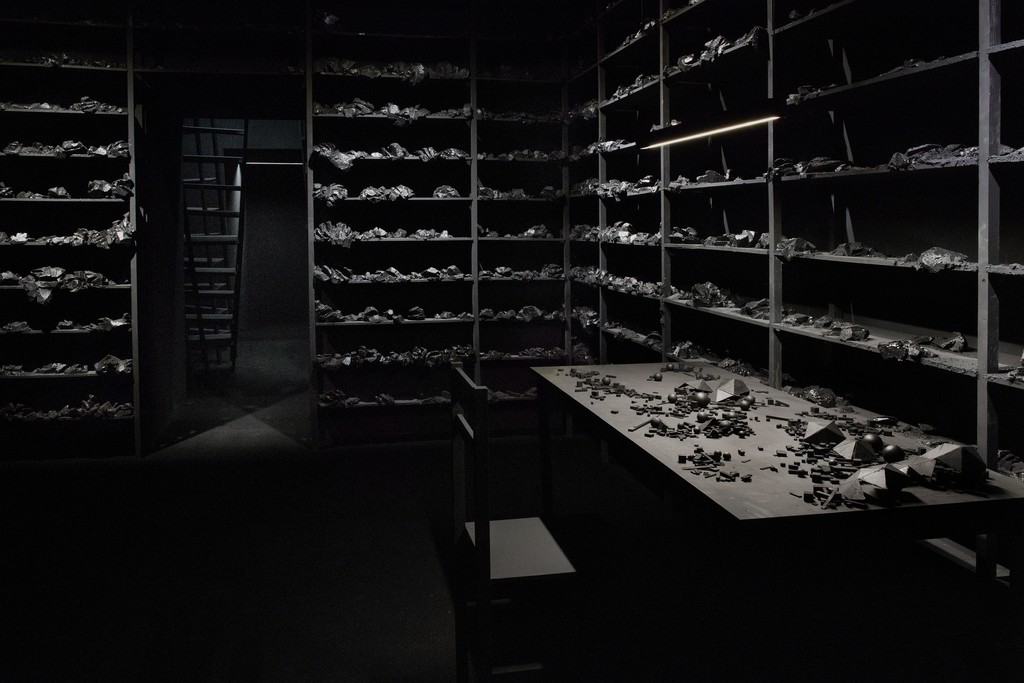 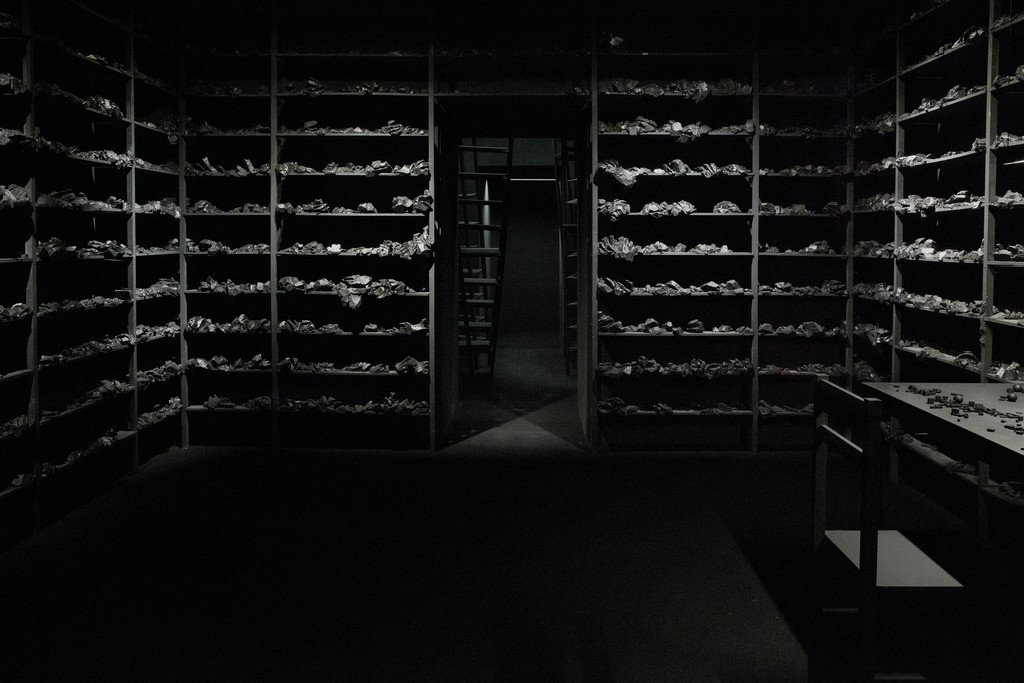 Rosenfeld Porcini is pleased to announce ‘The Foundation’, the first solo exhibition in the UK by Dutch artist Levi Van Veluw. ‘The Foundation’ encompasses the artist’s multi-disciplinary practice which spans large scale installation, drawings, video, sculpture and photography and follows on from his much acclaimed solo show - entitled ‘The Relativity of Matter’ - at the Marres House for Contemporary Culture in Maastricht.
On the occasion of this gargantuan undertaking, Van Veluw had been working for more than a year on an immersive installation consisting of constructing a building within the period building of the museum.
Visitors entered alone into this alternative reality. From room to room, the person is plunged into an ever stranger world and confronted by seemingly different forms of primal matter. Levi’s two long-term previous projects, ‘The Origin of the Beginning’ and ‘The Collapse of Cohesion’ represent previous instalments in the artist’s fascination with creating parallel universes. Elements of fantasy, order and loss of control are a substantial continuum in his work. Van Veluw’s ambitious projects to date have all been inspired by the underlying tension between our desire for a regulated universe and the rational impossibility of total control. The dynamic of this quandary stands at the very heart of his practice.
On the same note, ‘The Foundation’ explores the mind set of a collector whose maniacal attempts to control his universe through collecting are frustrated by the plurality of forms inherent to the matter he is struggling to dominate. The pivotal work from which, like a tree, all other branches grow, is a voluminous container that entirely occupies a consistent area of the gallery space. Penetrating this mysterious environment, one is enveloped in a dimly lit, claustrophobic world, surrounded by a myriad of objects representing some primeval form of matter awaiting classification. A chair and a desk allude to an absent protagonist. This all-encompassing experience leads into the exploration of a parallel cosmos where sculptures and drawings give added depth to this unfamiliar and at times surreal reality.
A group of compellingly enigmatic drawings echoing undefined Aztec-like architectural landscapes and an uninhabited workplace, reinforces one’s quest for the notion of perfection within an orderly, systematic structure. Nevertheless, perfection in its fulfilling completion is nowhere to be encountered. The permanent sense of unease is augmented by unique series of sculptures which range from arabesque-influenced wall pieces to deserted desks containing layers of the same unclassified matter echoed in the installation.
We search in vain for the architect/collector who will lift the veil and enable us to make this world ours. Yet, although the signs of his/her presence abound, Van Veluw leaves him tantalisingly absent.

Levi Van Veluw (b.1985, Hoevelaken, NL) currently lives and works in Amsterdam, NL.
A graduate of ARTEZ Institute of the Arts, Arnhem (NL), Van Veluw has been featured in prominent
locations across Europe and the United States, earning numerous nominations and awards. Recent solo shows include Ron Mandos, Amsterdam (2016), Marres House for Contemporary Culture, Maastricht (2015) and Galerie Particuliere, Paris (2014). In addition to his work in his individual practice, Levi van Veluw has also worked on commissions for private clients. In this way, he has collaborated, in 2013, with curator Marc Coetzee on the film “Family” in the frame of the ‘Films4peace’ project. In 2016 he created 8 immersive installations for Hermès at Madison Avenue New York.