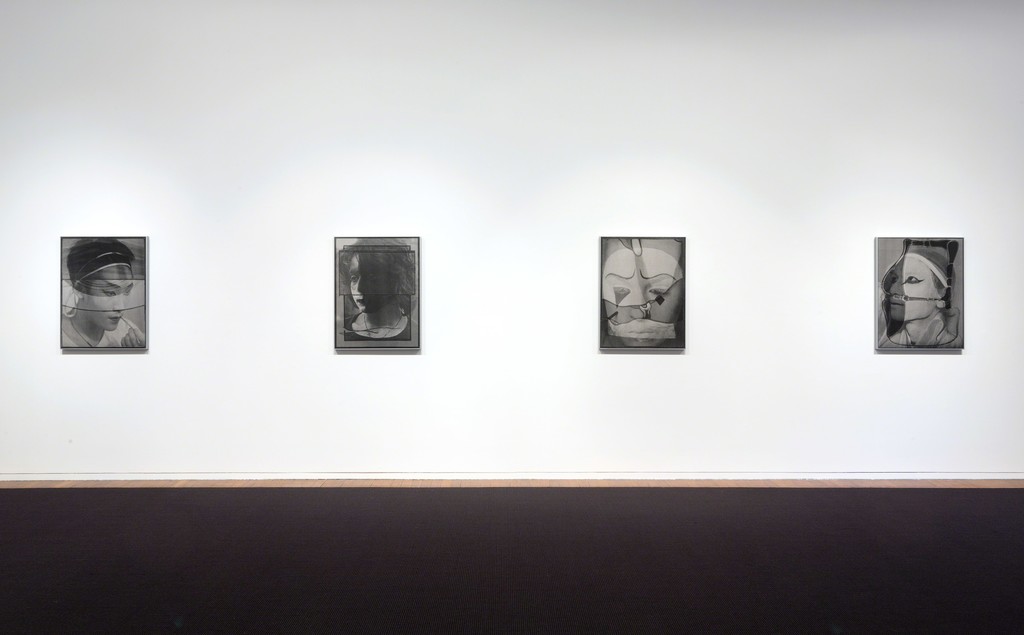 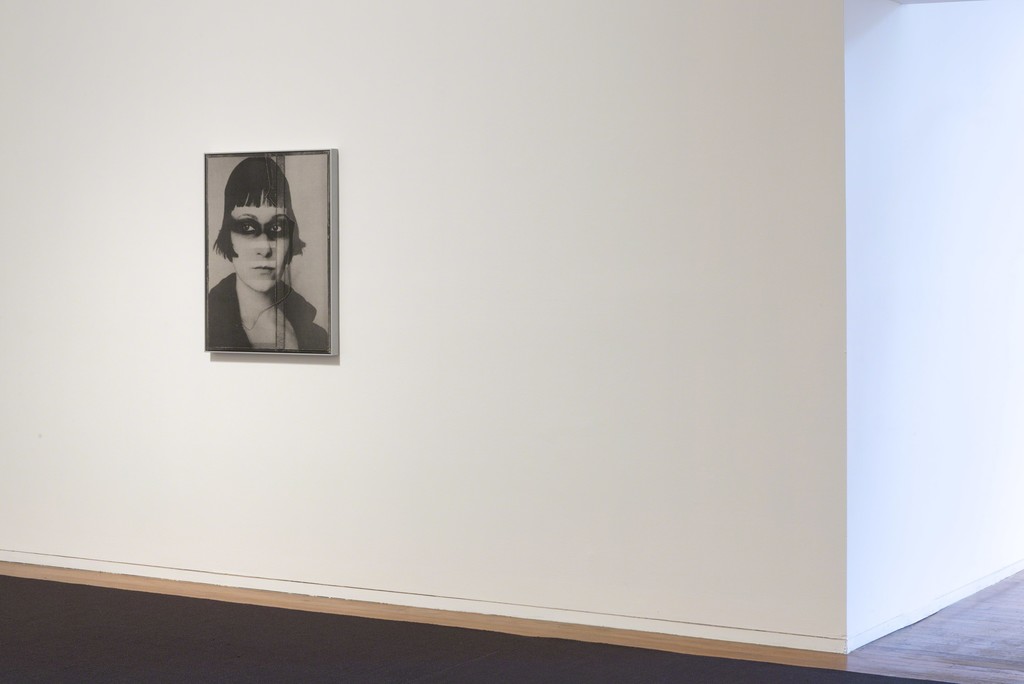 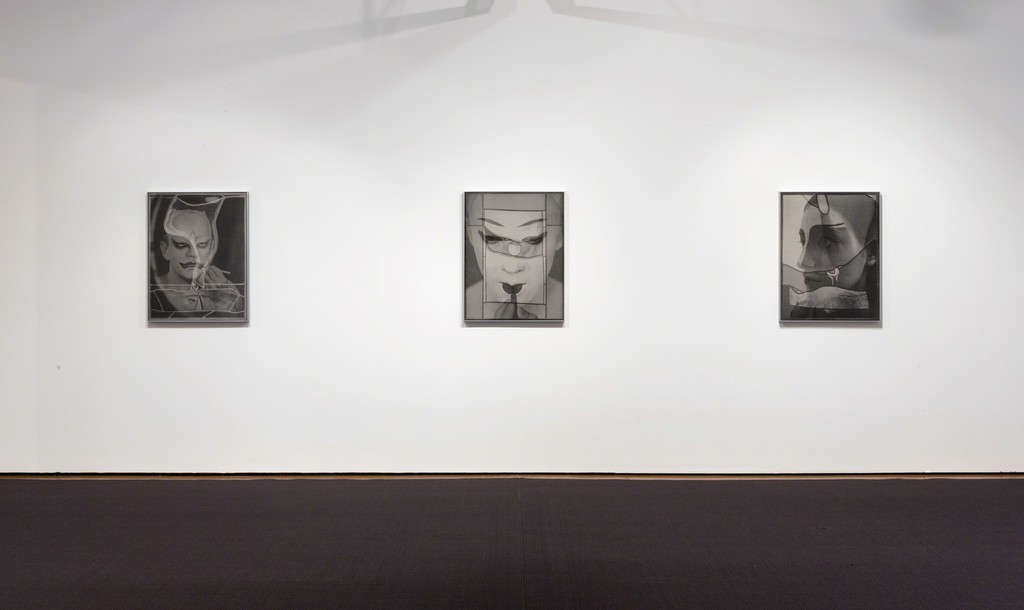 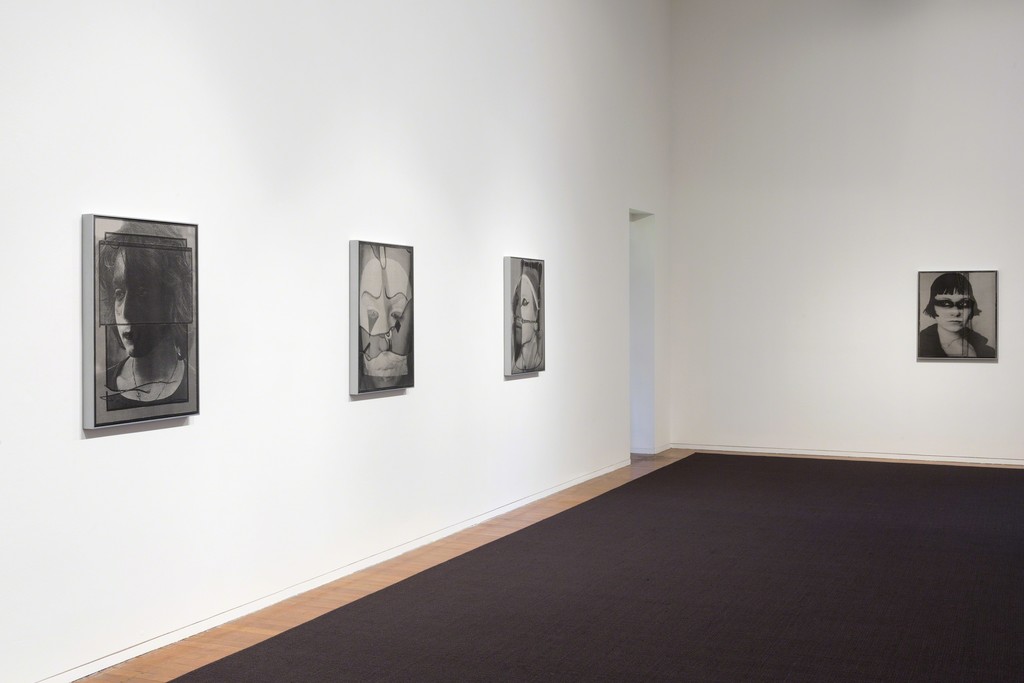 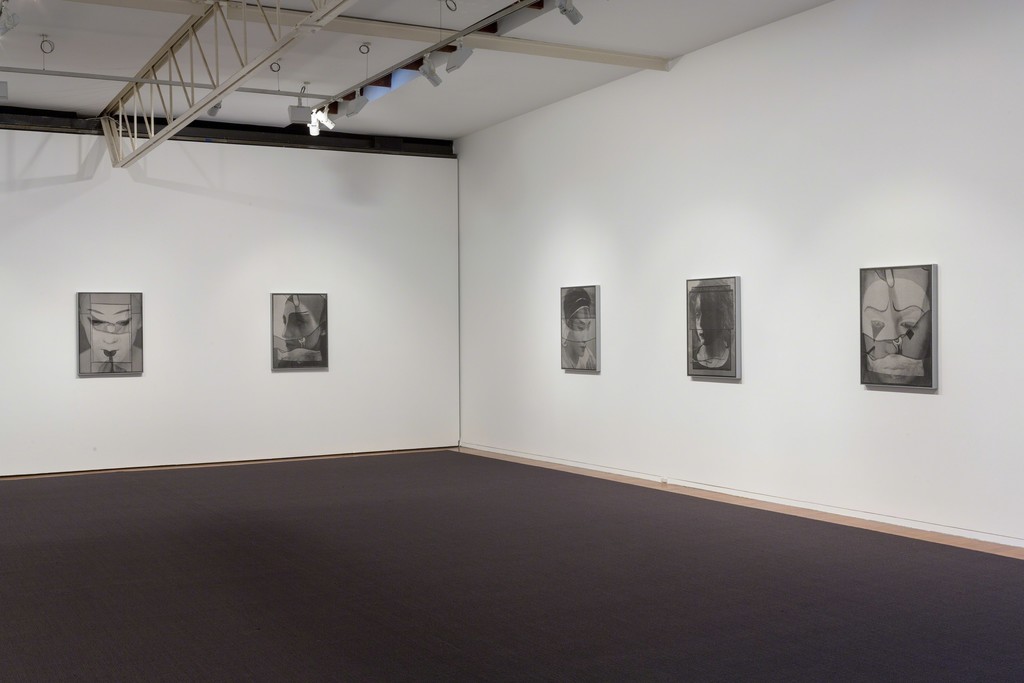 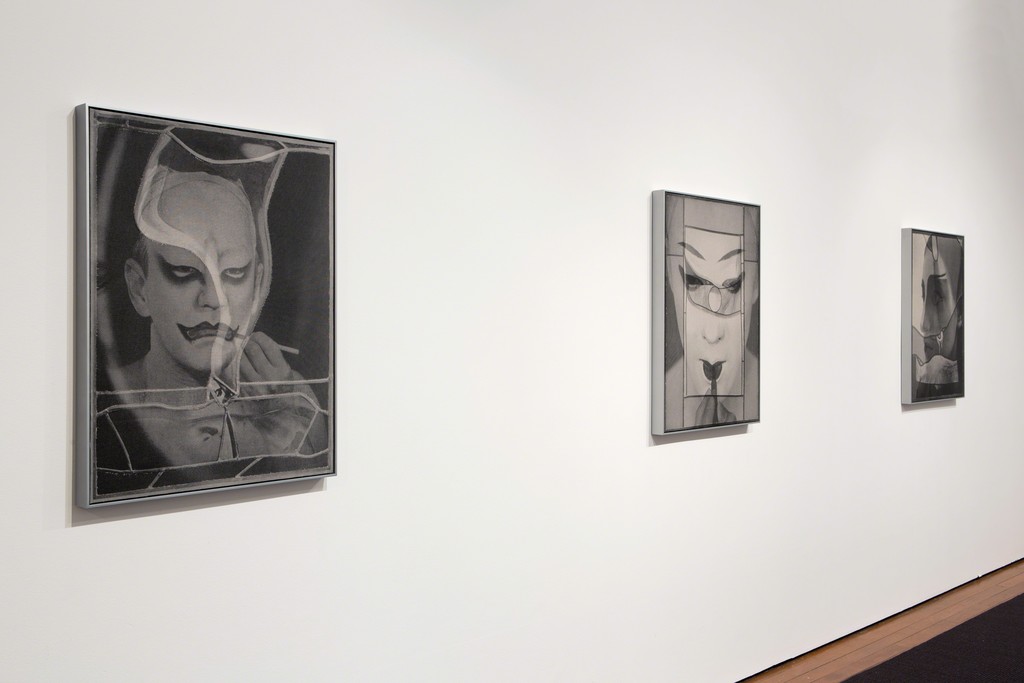 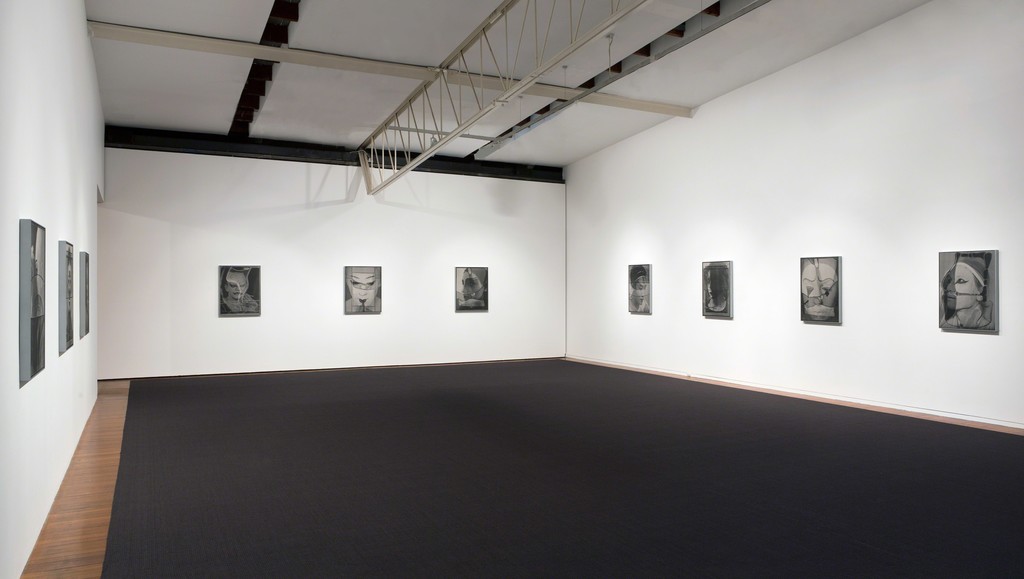 The complex layering of images and formally considered compositions have always delineated David Noonan’s practice. This exhibition of delicately collaged linen is no exception. Each work is a portrait, an individual wearing or applying some form of make up, overlaid with a window or glass piece from the craft tradition of lead lighting. The distinction with this body of work is a very thin veil of pearlescent pigment that Noonan has used to slightly dye the natural linen on which he silk-screens. The result is a translucent metallic base that makes the works shimmer subtly. A charcoal weave sisal carpet echoes the dark tones of his pictures. This floor covering acts as a monochromatic field that unifies the space as a whole.

The carefully crafted works in Lead Light capture highly personal rituals of transformation. The introspective figures within this new series of works are drawn from different periods and cultural reference. Several appropriate Kabuki and Noh theatre, classical forms of Japanese performing arts known for its formal and elaborate make up tradition, others are taken from Noonan’s personal image archive. Noonan states there is no hierarchy of cultural relevance - intentionally juxtaposing the prosaic with high-end theatrical scenarios. These works are concerned with personal transformation and abstraction rather than culturally specific ritual.

Noonan’s new works present a refined formalism. The way he chooses to position the leadlight to fracture the faces of his subjects, the collaged sections of fabric that follow the abstract structure of each glass piece, even the subtle fray of linen – are all hallmarks of his process. This formalism and material concern extends to the entire gallery where the space becomes part of the artwork, an installation in itself.

Recent group exhibitions include: ‘We used to talk about love’, Balnaves Contemporary: Photomedia, Art Gallery of New South Wales (2013); ‘Theatre of the World’, MONA - Museum of Old and New Art, Tasmania (2012-13); ‘10 ways to look at the past’, National Gallery of Victoria, Melbourne (2011); Tableaux, ‘MAGASIN’ - Centre National d’Art Contemporain, Grenoble (2011); ‘Secret Societies. To Know, To Dare, To Will, To Keep Silence’, Schirn Kunsthalle Frankfurt, Frankfurt and CAPC de Bordeaux, Bordeaux (2011); ‘17th Biennale of Sydney: Beauty of Distance’, songs of survival in a precarious age (2010); ‘Altermodern’, the Tate Triennial (2009); and the Busan Biennale, Busan, Korea (2008). A major monograph was published by JRP Ringier in 2012.

Noonan’s work is held in major public and private collections such as the Museum of Modern Art, New York, the British Arts Council, the Art Gallery of New South Wales, the National Gallery of Victoria, Melbourne, the Sender Collection, New York and the Rubell Family Collection, Florida.