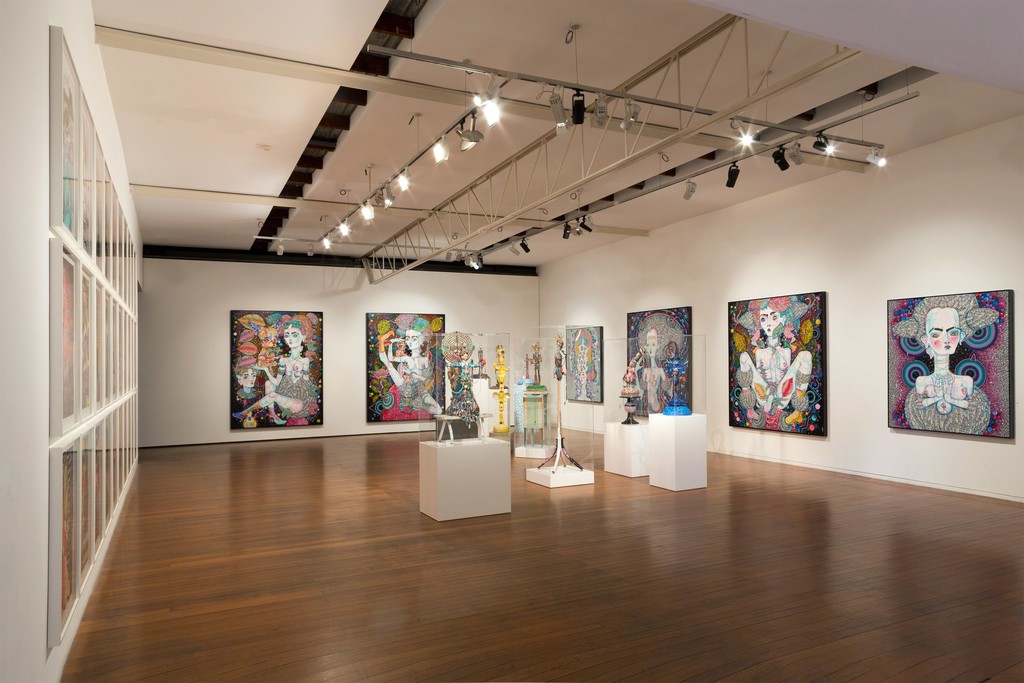 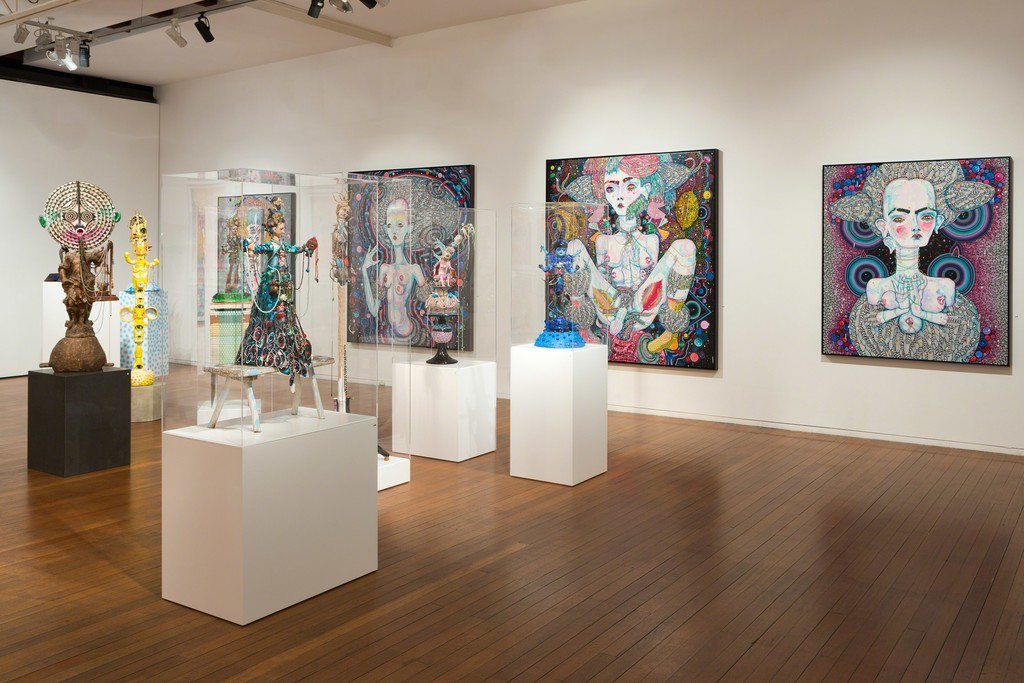 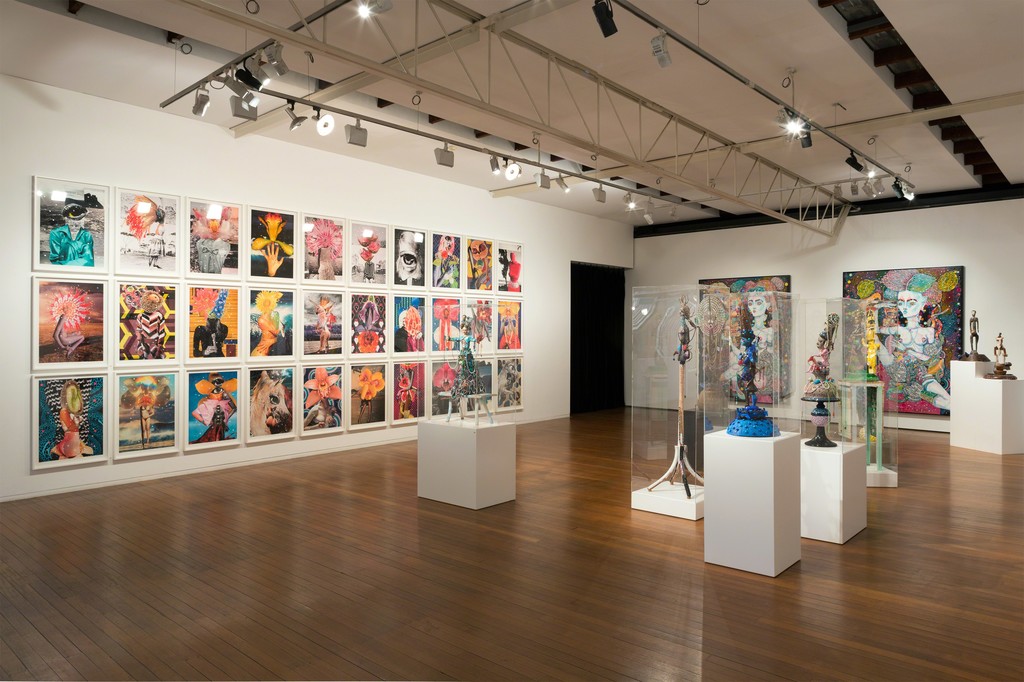 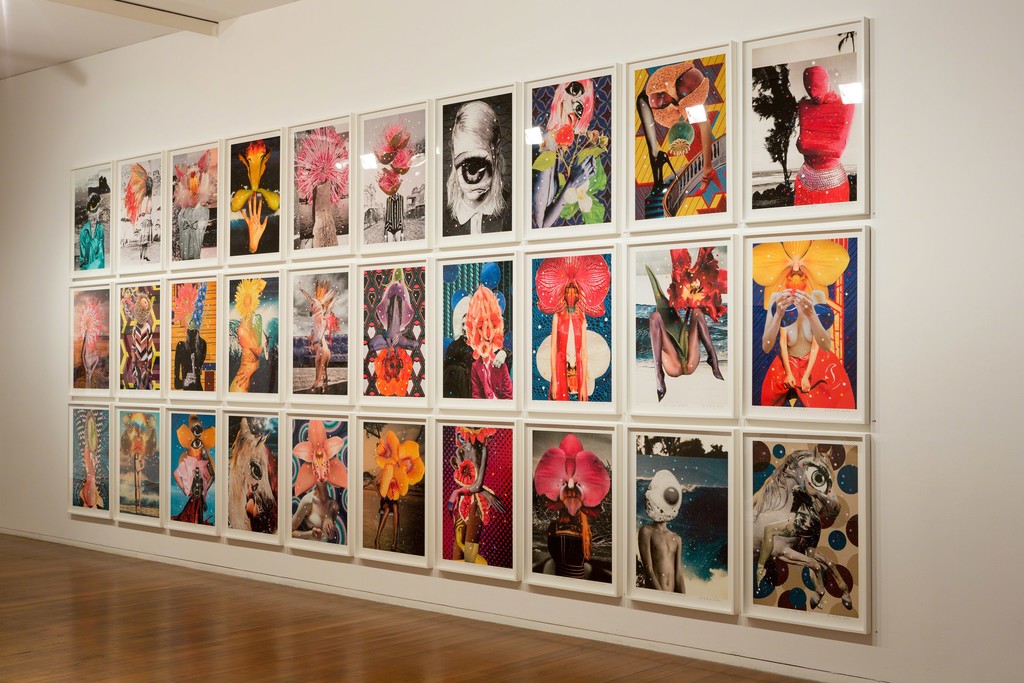 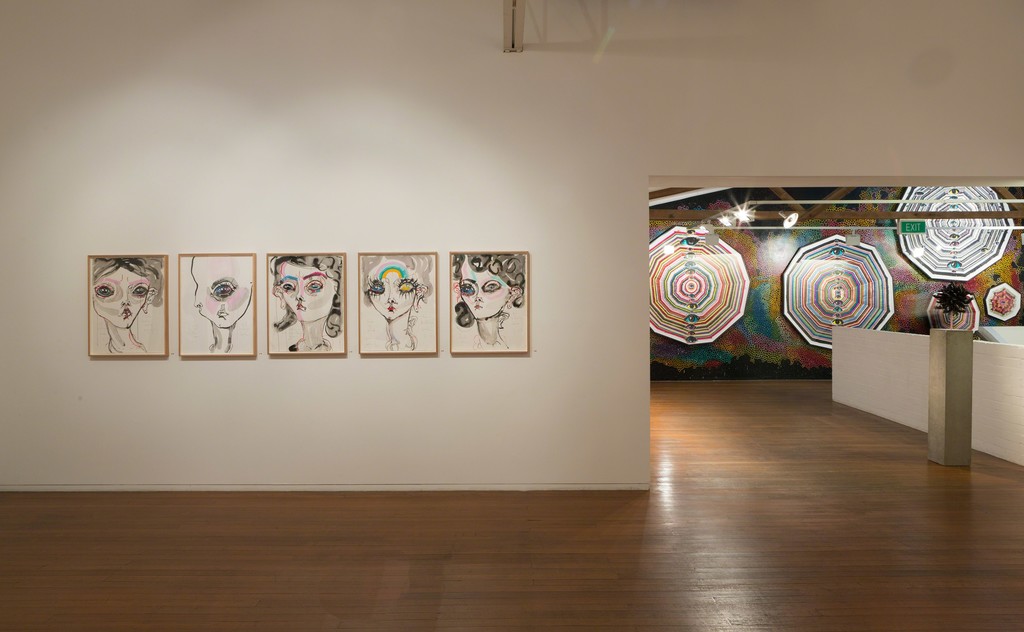 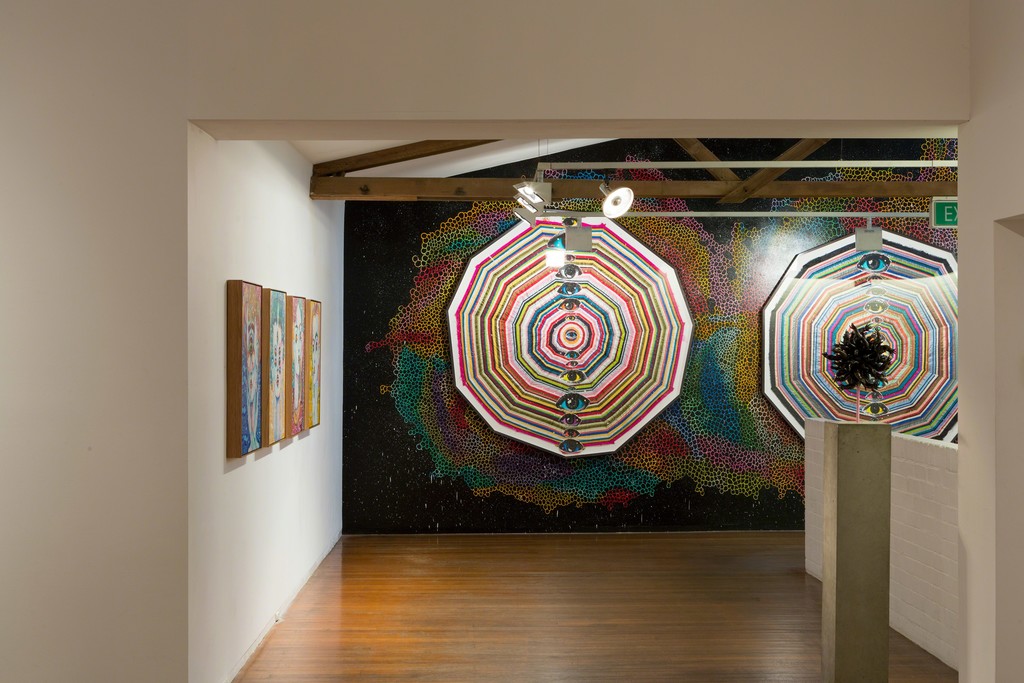 UNICORNS, VOLCANIC WOMEN AND DIVINE DELIRIUM….ENTER THE COSMOS OF DEL KATHRYN BARTON
Known for scale and intricate detail, the work of Del Kathryn Barton melts mythology into spectacle. The artist describes the subjects of her major paintings as: “recognizable, enigmatic but empowered protagonists”. Often they are women, the sort of women you would find in Norse sagas, grand Italian operas or Medieval tapestries. Yet there are also children, unicorns, skulls, tropical flowers and the artist’s own dog “Cherry Bomb” taking center stage. Uniting the vision is her intensely original “griffe”: the punctured holes of light and painted rivers of line that unite all the shards and secrets. Where some artists gener-ate a body of work, Del Kathryn Barton propagates a universe, a cosmology with its own private symbols and visceral lan-guage. In her most ambitious commercial exhibit to date, angel dribble features sixty new works cascading over five different medi-ums and commands the whole space of the gallery. “I bled for this show and what distinguishes this work from anything else I have created in the last twenty years is the diversity of media. There are sculptures forged from sliced toys, found objects from my trove, expensive gem stones and some original elements cast in bronze. There are also thirty new photo-montage works (a first) that in some way lead up to my survey show for the NGV next year.” Graphic, frenetic and dazzling, there are so many roads into this work. But if pressed to describe her themes the artist says simply:“If I could explain them, I wouldn’t be moved to make them. They are all of me…” Anna Johnson