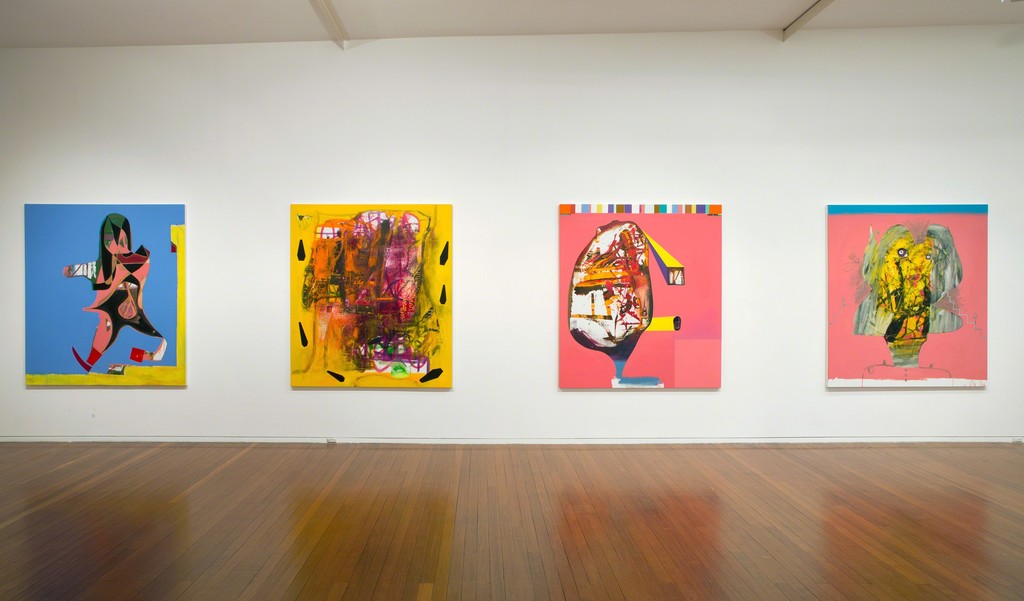 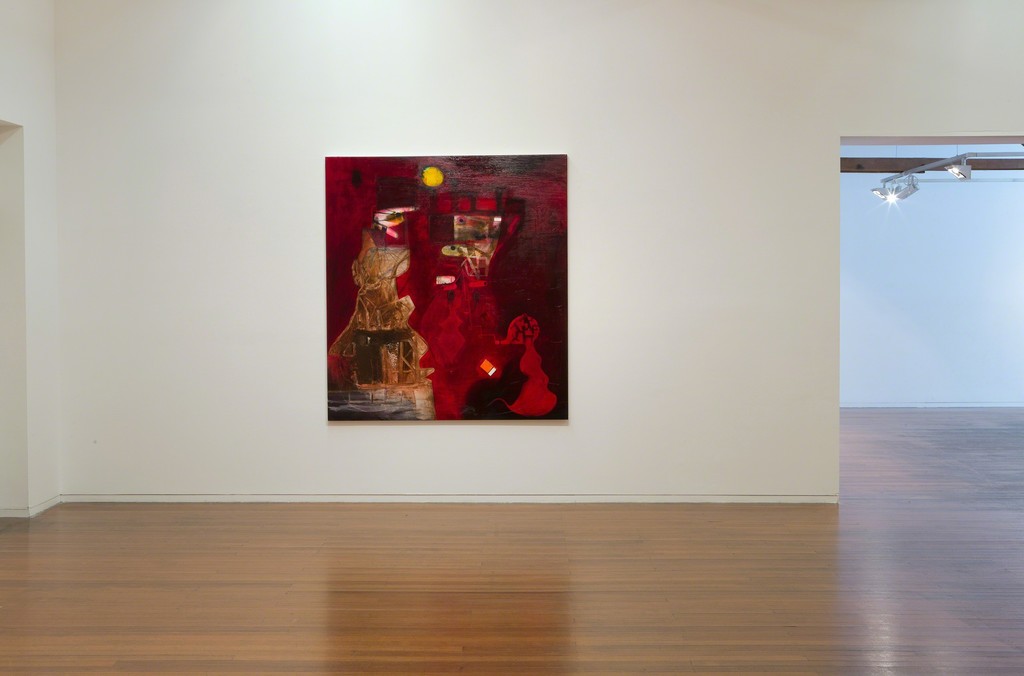 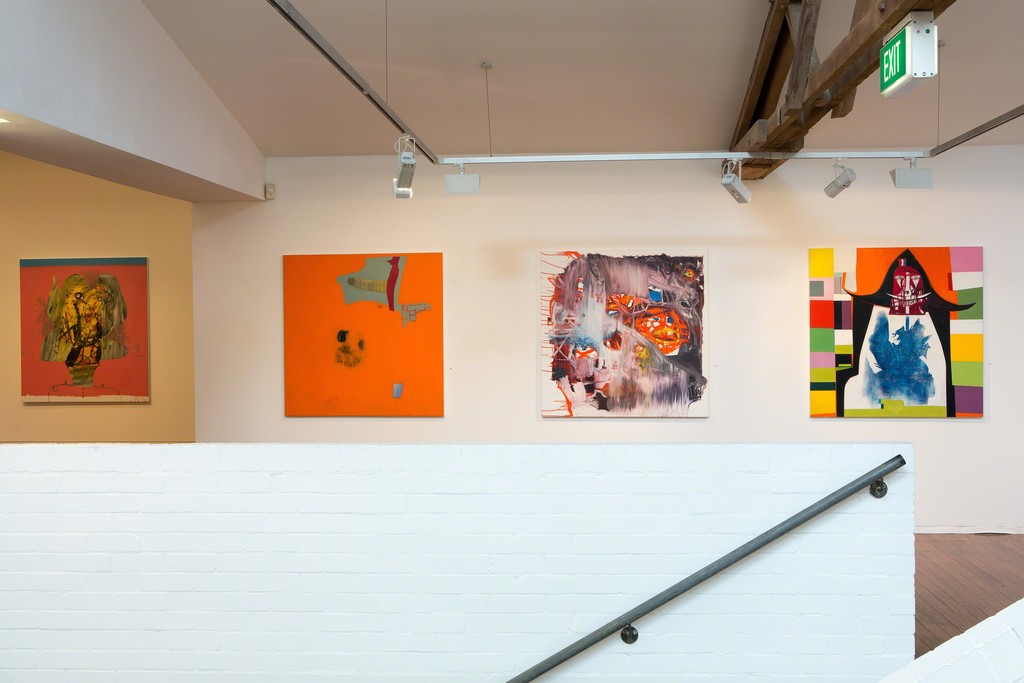 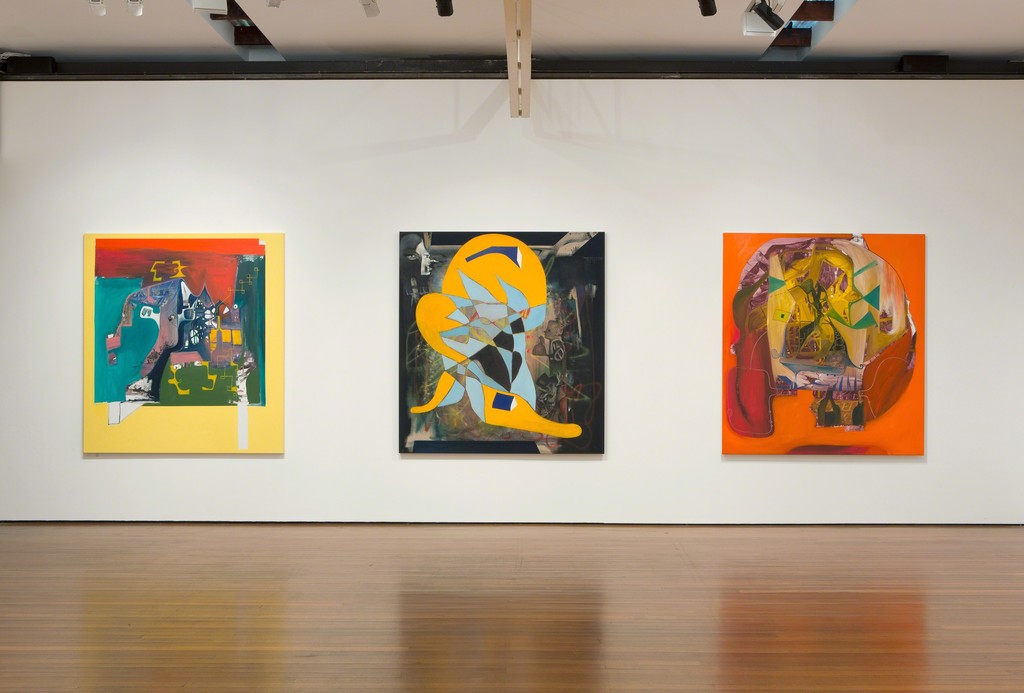 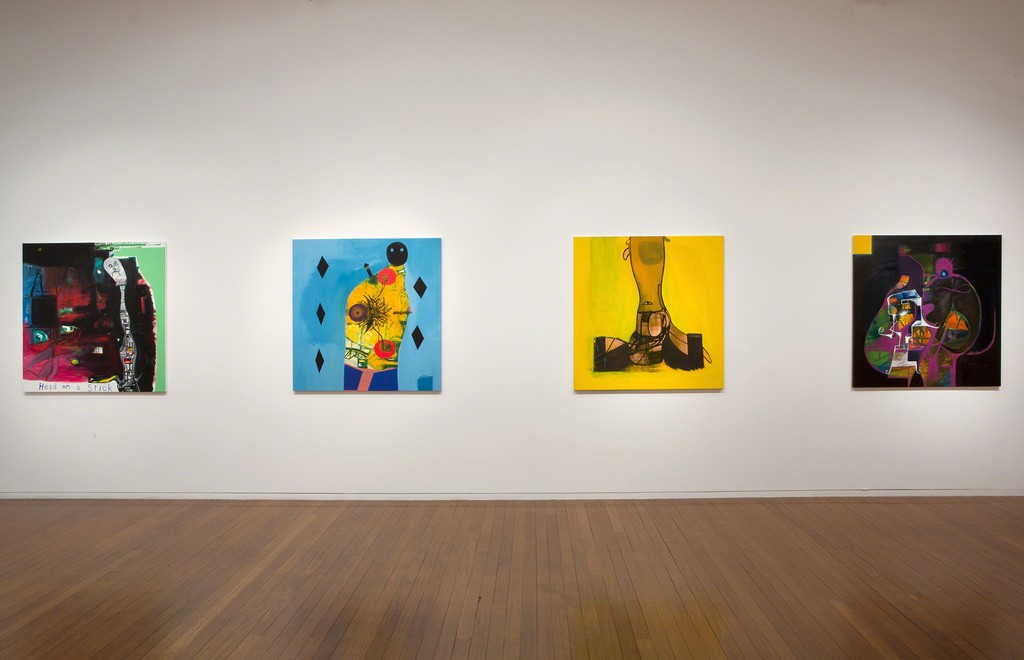 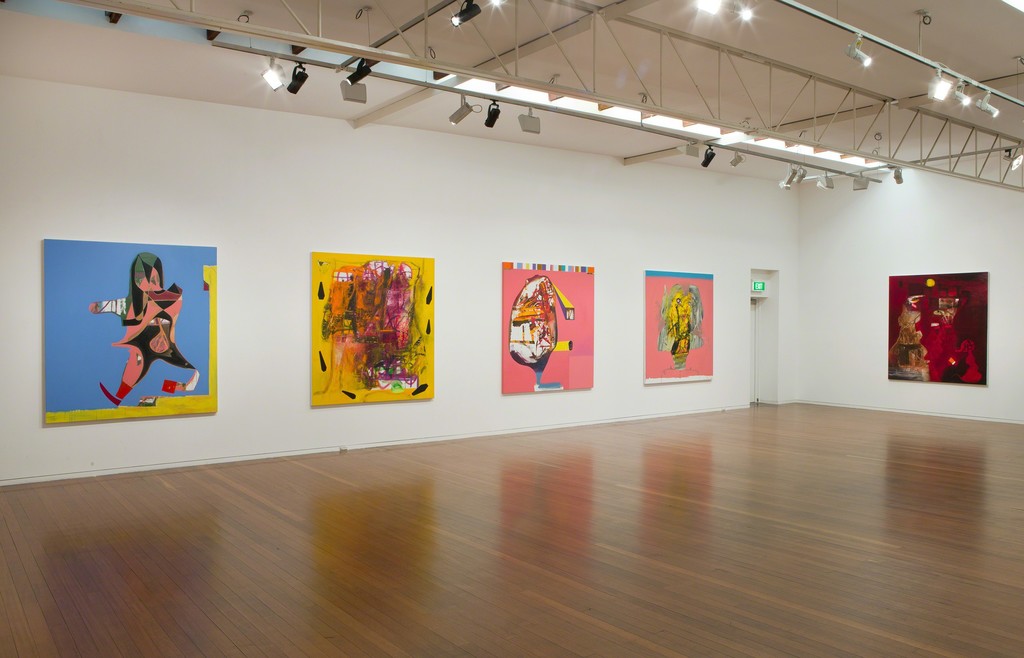 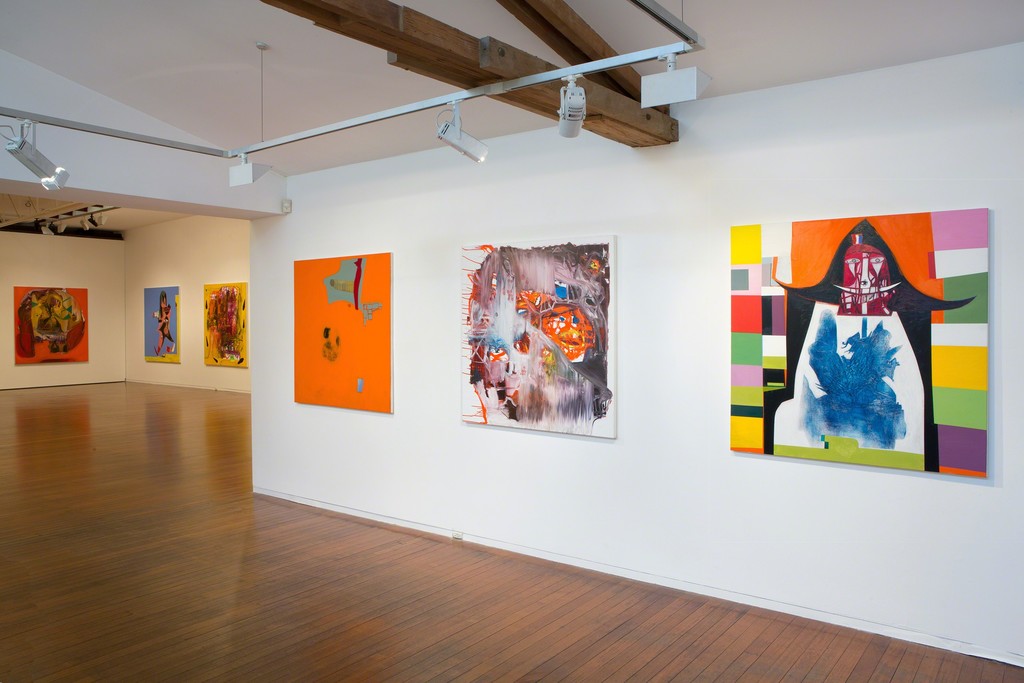 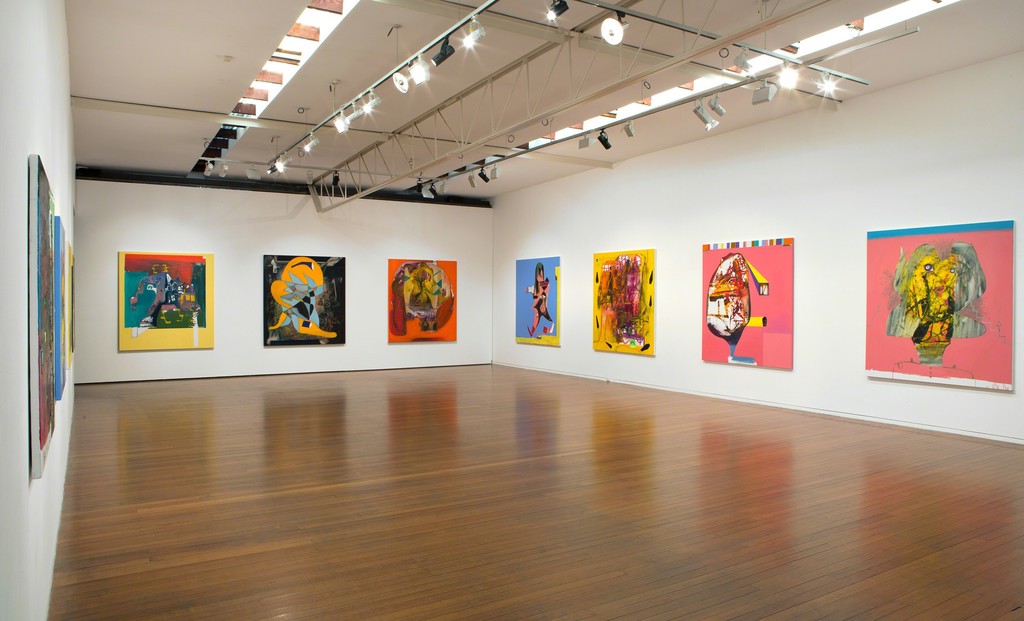 Iconoclast at the Peak of his Powers

This new suite of works is blazing new trails in an already staggering output during the last decade. With a searing palette, Sansom sheers from sincerity and whimsy to mortality and timelessness. Popular culture and historicism fight a tumultuous battle on these canvases. There are moments of biographical insight (a painting called Academic features a blundering, masked fool, referencing, no doubt, those he came across during his years as Dean of the School of Art at the Victorian College of the Arts). His fascination with popular culture is explicit in such paintings as Dumb and Dumber (a reference to the classic expression of American crassness, the 1994 comedy) and Head on a Stick (an allusion to a horrific moment in the 2005 Australian film Wolf Creek – but also, no doubt, to his own extensive travels through the Australian bush in recent years). References to art and artists abound ranging from Aubrey Beardsley to Paul Klee and his fascination with underground gay and fetish culture remains a cornerstone in such works as Coming Out. Indeed, the myriad of subjects alluded to adds to an already encyclopedic breadth of subjects and ideas expressed throughout Sansom’s oeuvre.

One of the few truly original voices in contemporary Australian art, Sansom has always remained a hard-core iconoclast. Eschewing his traditional love of montage, here the artist relies on eccentric mark-making and belligerent colouration. To make his point, Sansom has called this exhibition is called Just Painting. “Essentially this show of recent work does not use collage at all,” Sansom states. Instead, he says, it: “Concentrates on everything I have leaned about painting going right back to 1956 when I began painting in oils.”

With a major retrospective at the National Gallery of Victoria slated for 2017, Sansom is clearly refusing to slow down. Over the last 10 years alone he was the subject of a career survey titled ‘Welcome to my mind: Gareth Sansom, a study of selected works 1964-2005’ at the Ian Potter Gallery at The University of Melbourne. He was the recipient of the $100,000 John McCaughey Prize in 2008 and the Dobell Drawing Prize in 2012.