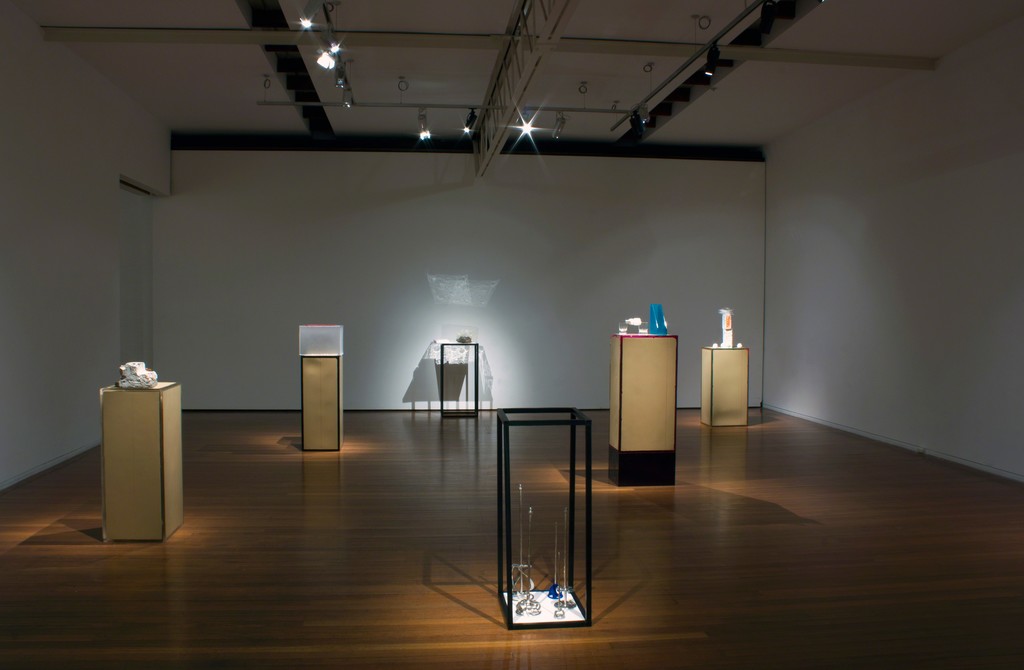 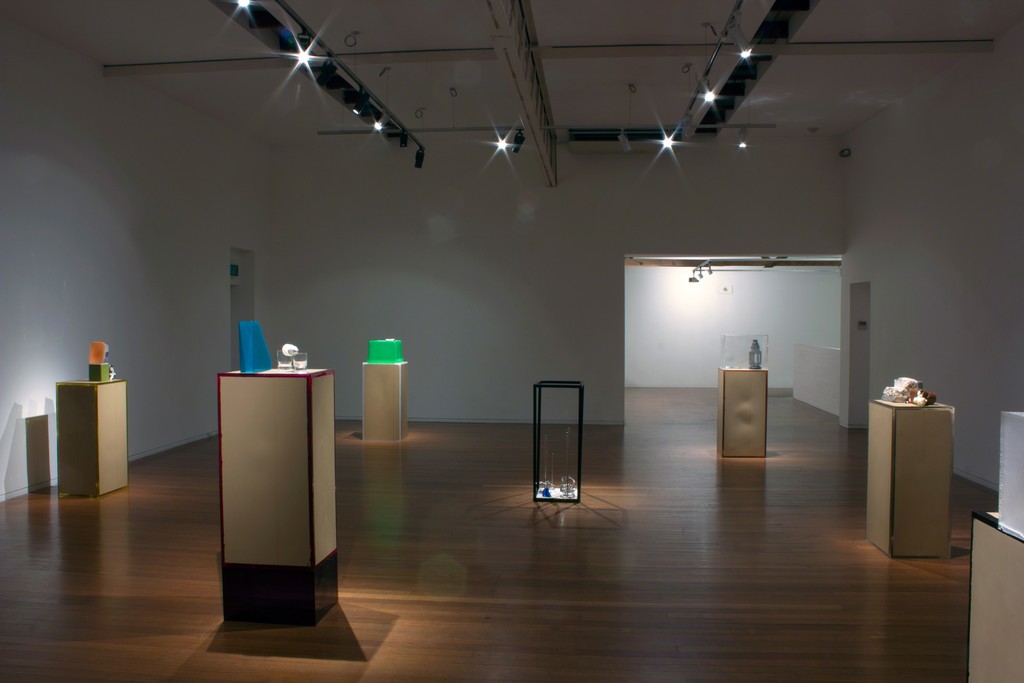 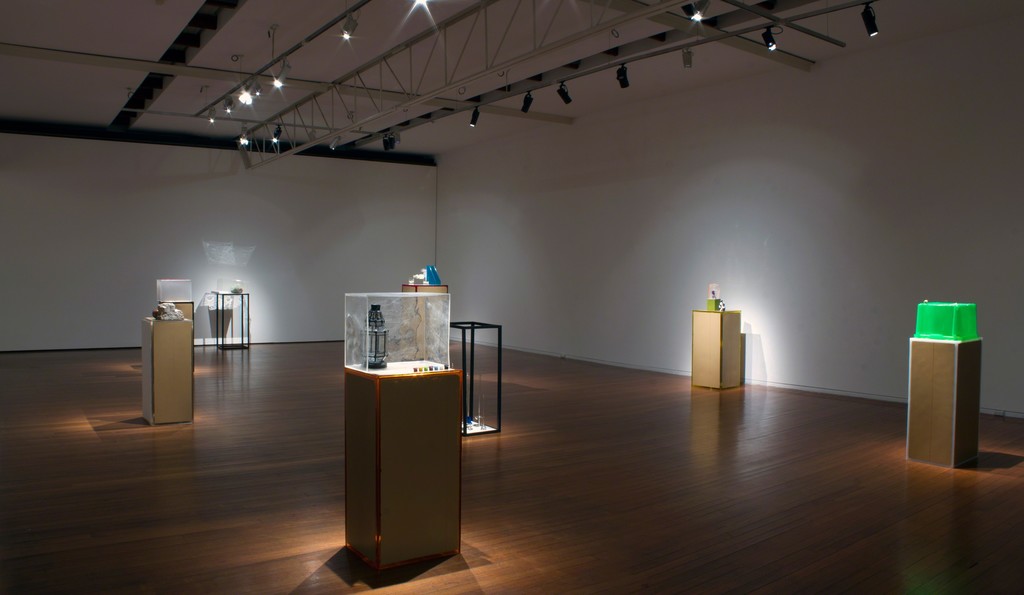 we go out inside presents a new series of sculptures based on a common form: the plinth. The apparatus of the plinth, the act of placing one object on another, is a fundamental tenet of sculpture. Armanious has cast seven ‘Perspex’ plinths from polyurethane resin using a single mould. The textural contrasts in the original form – transparent plastic and opaque protective paper – establish a dialogue between transparency and opacity that continues across the works in the exhibition.

Each support is adorned with an arrangement of exquisitely cast ‘ready-mades’. Every item has been meticulously recreated in polyurethane resin, silver or bronze. Armanious’s facsimiles are only distinguishable from their counterparts by subtle clues – thin seams from the moulds or tiny bubbles fossilized in resin. Nothing here is painted or touched up. Armanious ‘paints’ with each pour of pigmented resin into a mould. A layer is set down and the next is poured, imbedding the colours and textures into each other. Through the process of duplication, commonplace objects are transformed into items of wonder and beauty. If a plinth typically acts to elevate an object into the realm of art, here it is the process of casting that raises the object. There is no distinction in Armanious’s work between sculpture and support. Instead, replication plays the role of the plinth. It is the allure of the copy that shifts our perception of the object at hand.

The informal aesthetic of the ready-made is brought back with Armanious’s playful and often humorous arrangement of these precious things. Smokers has a breathing space, The pomegranate is bursting with fertility and the mixers in Lighthouse evoke rotating beacons. The poetic arrangements oscillate between the sublime and the absurd. A light bulb balances perfectly on two uneven drinking glasses, sunglasses are suspended in a fog, and a chunk of natural rock crystal competes with polystyrene for attention. Armanious’s selection of objects elaborates a narrative of visibility and invisibility. The compositions are visual riddles on the subject of seeing. A camera case, which is a blindfold for mechanical sight, is supported by a lighter (an illuminator) and paired with a dense, impenetrable block of concrete (that also echoes the camera’s form). In Power nap a solid but translucent multi-faceted lantern sits in a vitrine like a giant diamond in an oversized setting. Next to it, a row of coloured paint pots refer to the light spectrum as if refracted through a cut jewel.

In the major work Coin circular perforations in glittering bronze ‘cardboard’ render a solid material see-through. They also suggest the stamping out of currency. We are reminded of the very sculptural methods employed in the creation of money, where nondescript metal is transformed into a system of value. The idea of material transformation, of spirit becoming flesh and vice versa (as symbolised by the single host) is an allegory for the manifestation of objects in art. Absurdly, a cracker stands in for currency and transubstantiation, and is also, a plinth of sorts.