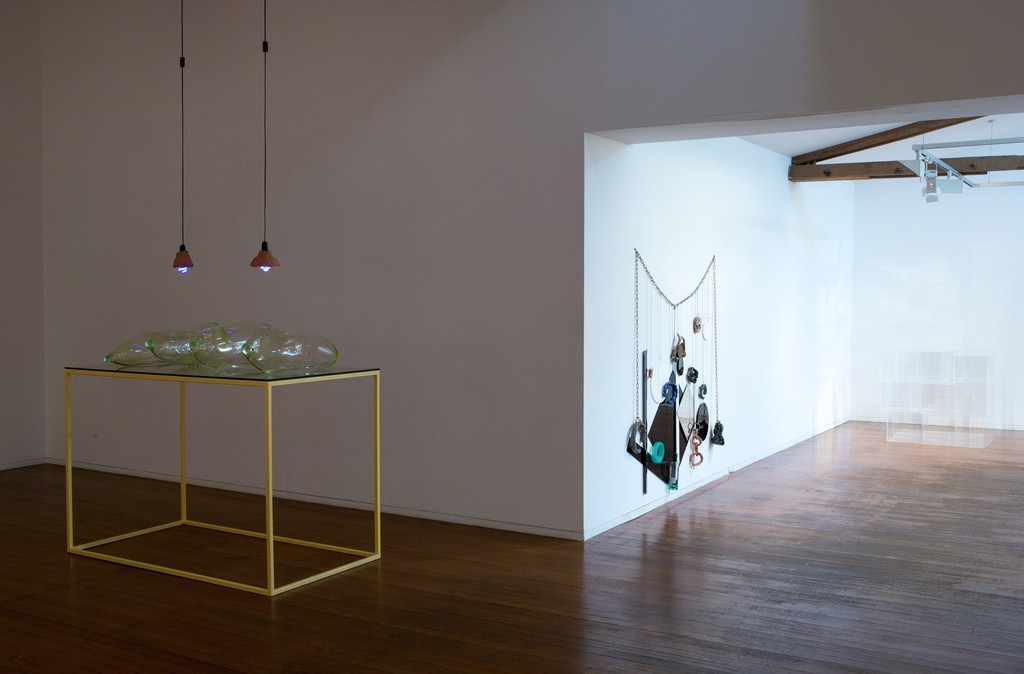 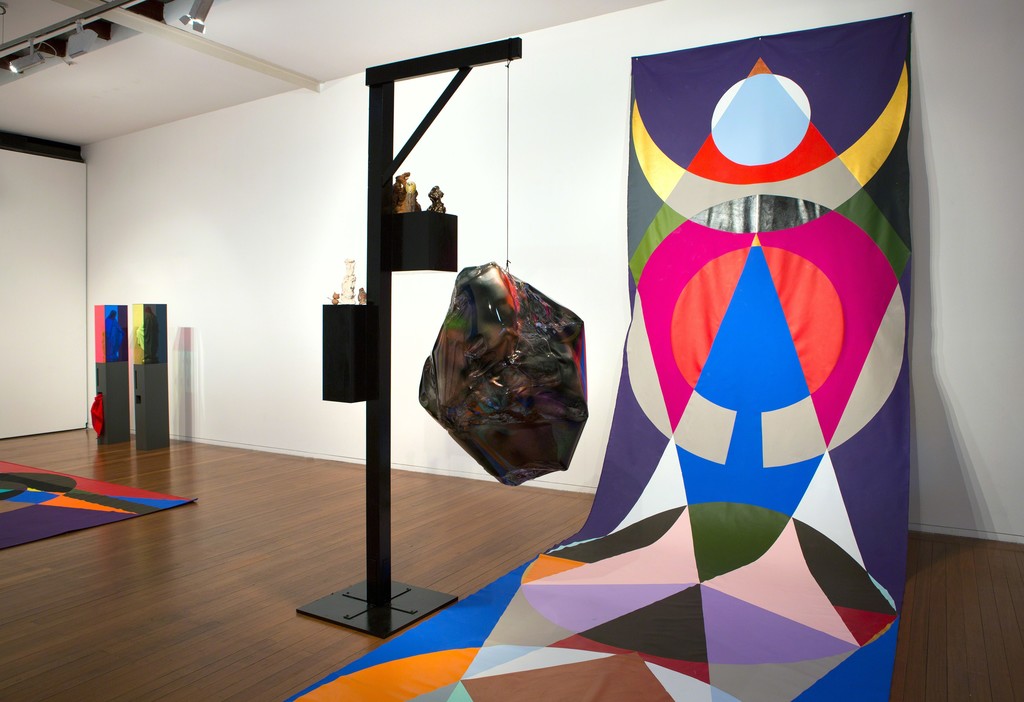 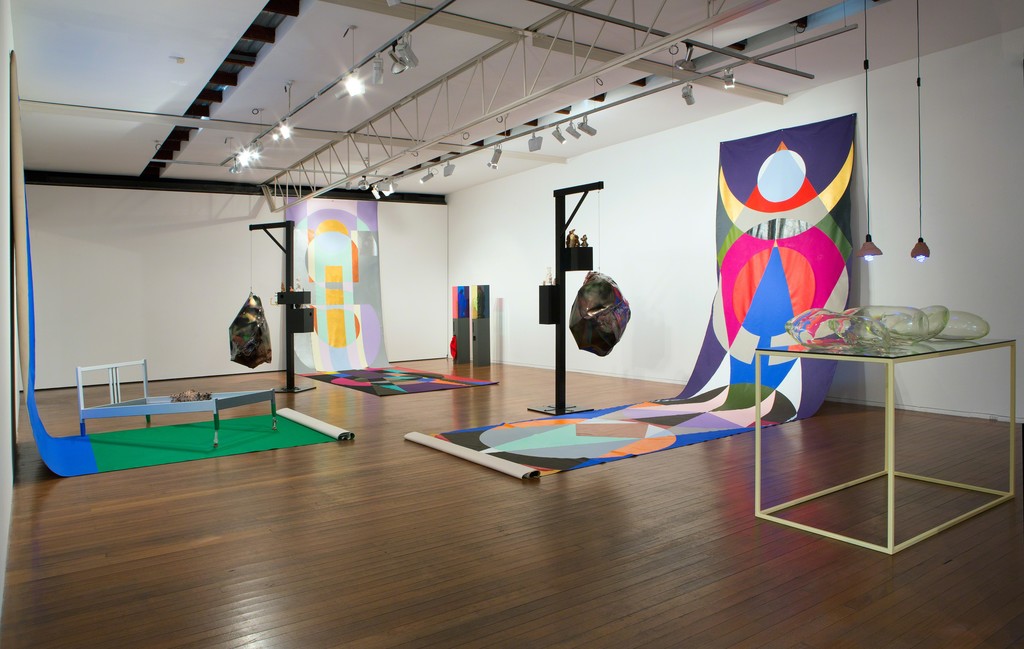 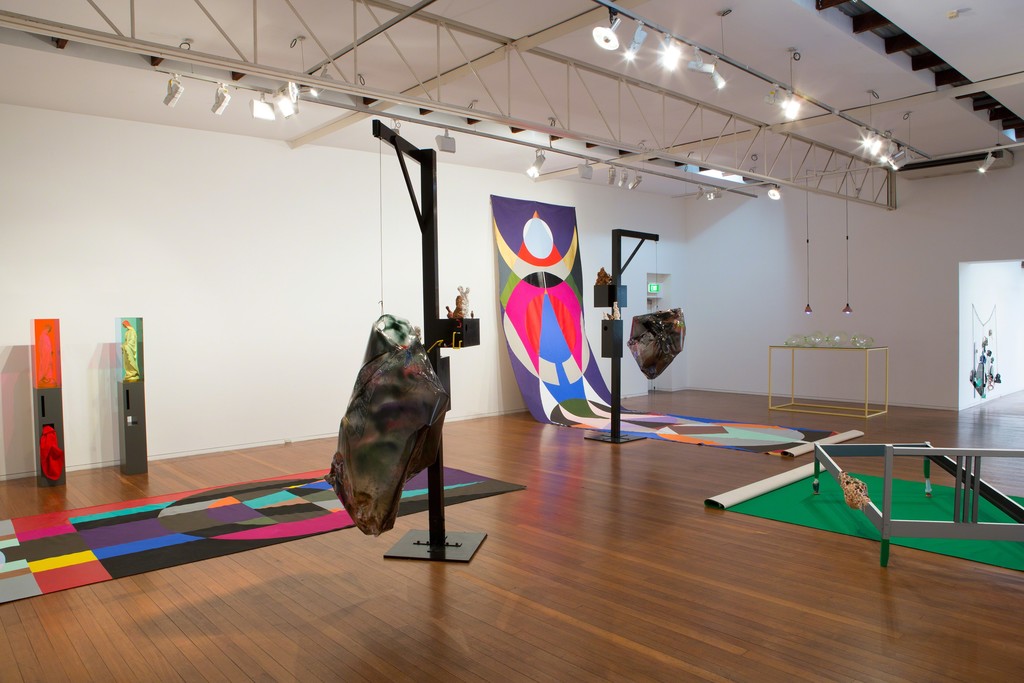 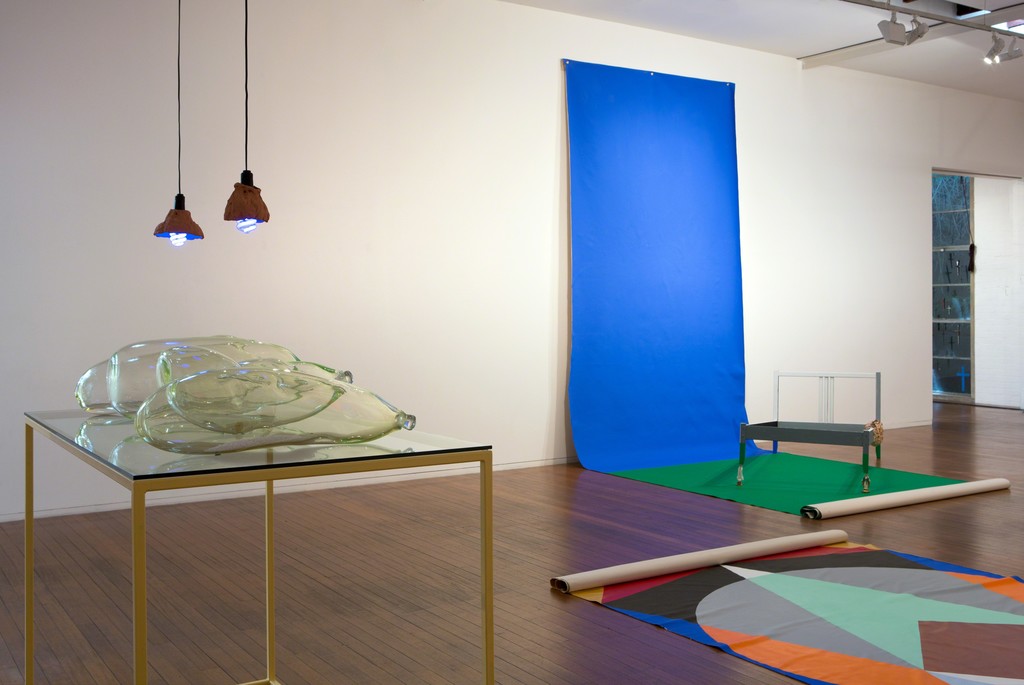 “Making sculpture raises questions about the psychic and social dimensions of subject-object relations and proposes different models of space, embodiment and vision. Dwyer’s art broaches these questions, repeatedly intermingling forms, materials, and objects that symbolise the sacred, childhood, and the ‘primitive’ with those that suggest the art and thought of secular modernity. Such unsettling of ontological boundaries and distinctions comprises the organising principle of her practice”.1

Mikala Dwyer’s The Letterbox Marys proposes a speculative symbolism, through which to imagine possible reordering principles of spirituality, thought and belief. Following her previous explorations of superstition, the occult and alchemy, in this exhibition Dwyer turns to the mysterious figure of the Virgin Mary. In this, she considers a repositioning of this historically abstracted and disembodied woman as a possible ‘Co-Redemptrix’. Using this title, the Maronites rethink Mary’s traditional position in relation to Christ and God as with, under, in service of, or viewing her more uneasily, as an equal.

This symbolic vernacular arises through Dwyer’s deft experimentation with symmetry and materiality, as entrancing wall paintings bearing elusive hidden meanings are punctuated by menacing ceremonial architectures. The iconographic is complemented by elemental works such as Earthlings - a speculative alchemic/chemical lab in which mythologically potent substances of Mercury, Holy Water, Salt and Brimstone are contained in askew canisters of Uranium Glass.

In 2014, Michael Taussig described Dwyer’s work, stating “there is some hope, for surely the dead can return, recycled by the artist. In which case, what we may find in the gallery with this art is something akin to spirit possession”.2 Indeed, The Letterbox Marys investigates this proposition, propelling the imagination into a hypothetical space of possession, redemption and worship.