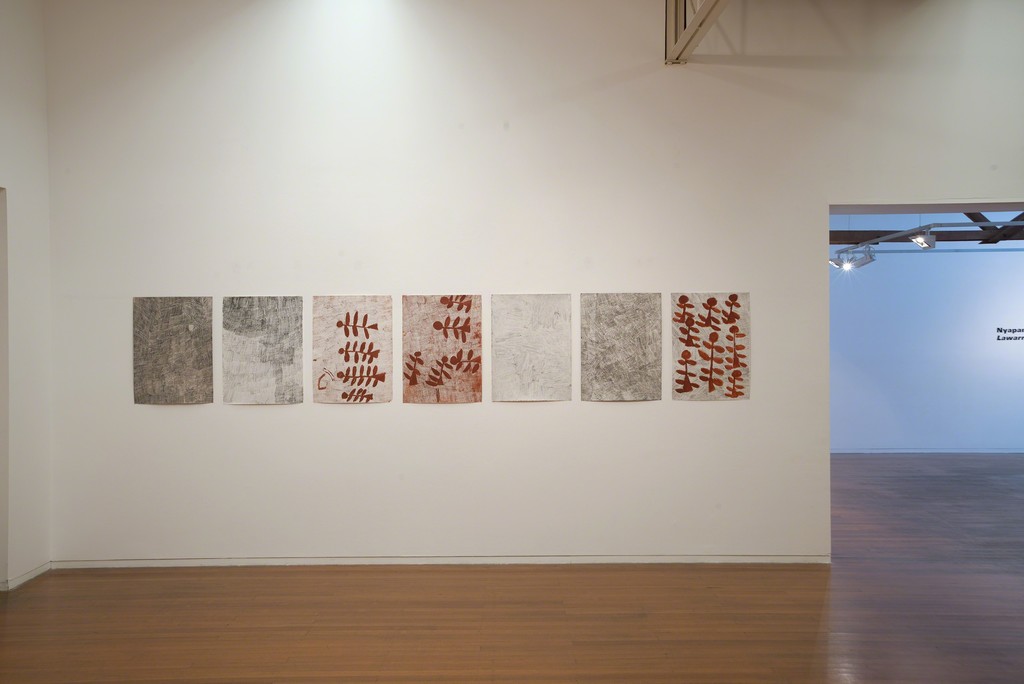 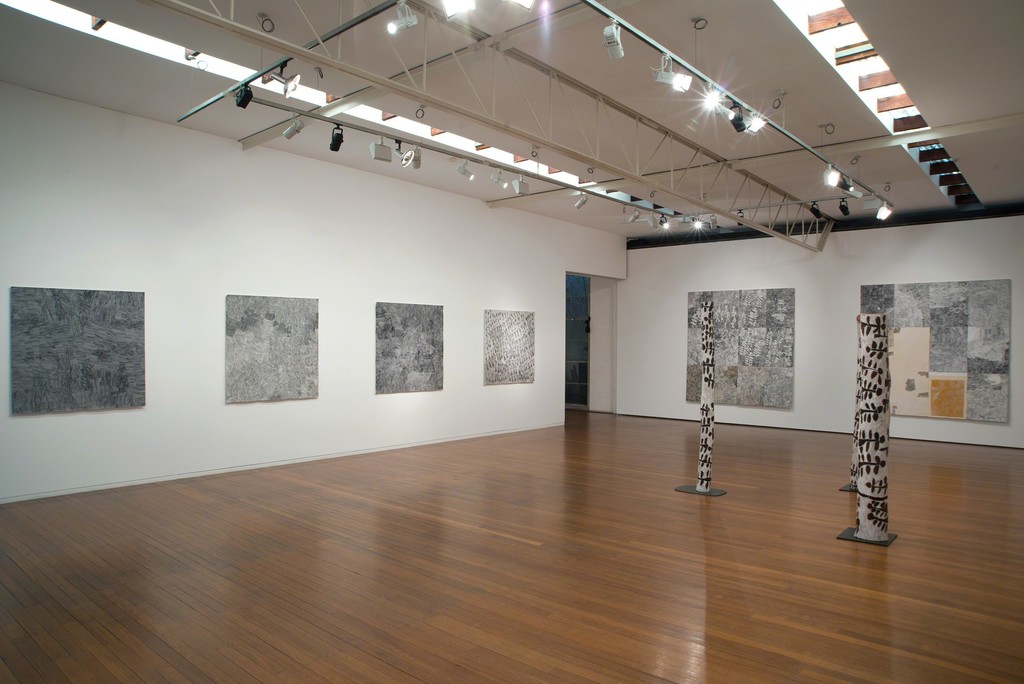 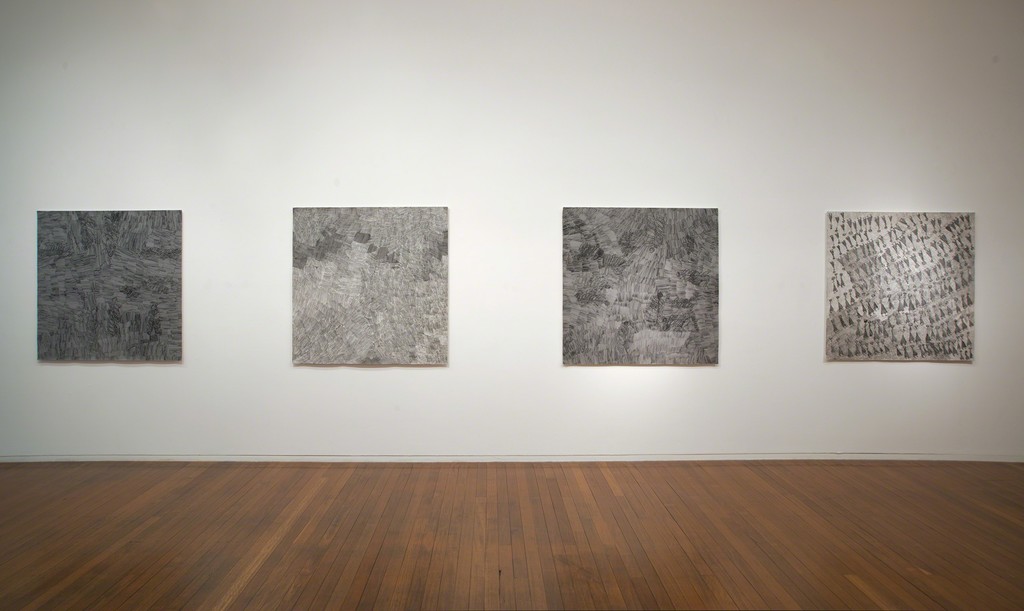 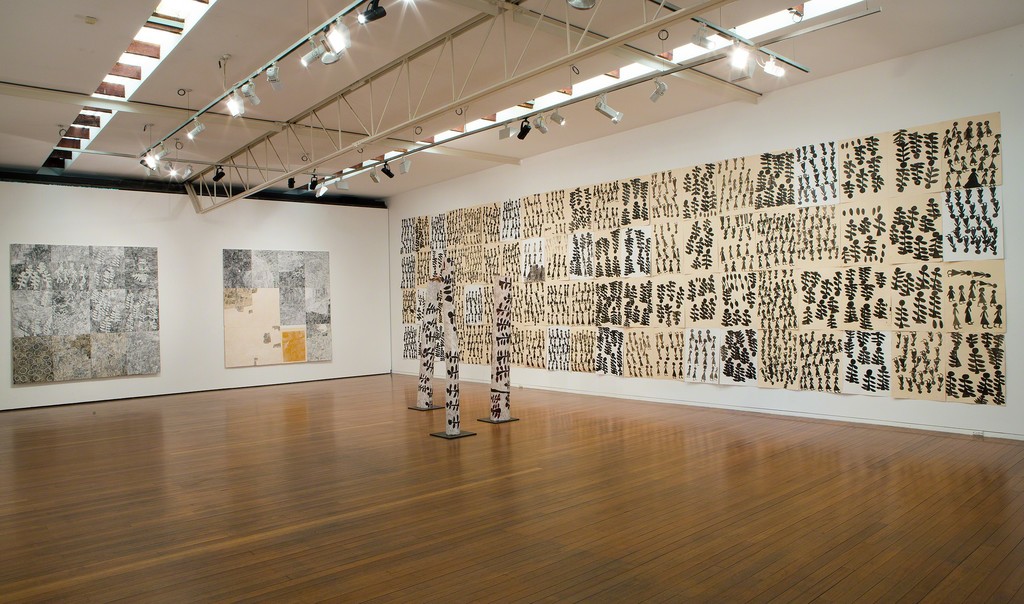 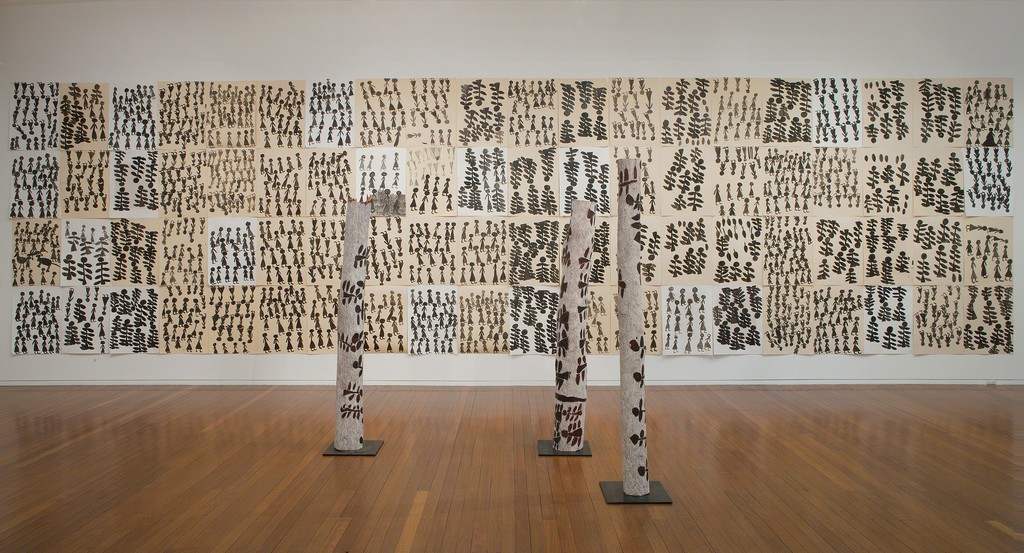 The title of Nyapanyapa Yunipingu’s fifth solo exhibition at Roslyn Oxley9 Gallery - a Macassan term that translates to ‘pages and pages’ – not only reflects the scale and specific materiality of her most recent work, but the incalculable energy of her practice that continues to defy the conventions of Yolngu art making.

In 2008, Roslyn Oxley9 Gallery presented Nyapanyapa’s wildly elemental, figurative painting, which employed traditional materials of organic pigment on Yirrakla bark. In recent years Nyapanyapa has integrated new technologies into her creative process. This was seen in her collaborative piece ‘Light Painting’ (2011), exhibited in the 18th Biennale of Sydney, which digitally projected 110 drawings, creating an ephemeral dance of light and line. Nyapanyapa further extended her aesthetic experimentation in ‘My Sister’s Ceremony’ (2014), realizing a series of expressive abstractions in white ochre.

Nyapanyapa’s work in ‘Lawarra Maypa’ is a testament to her enduringly spontaneous and unapologetic approach to painting. Nicholas Forrest has described her artistic audacity as “not the irrational defiance of a young person trying to assert his/her place in the world, but is rather the acquired authority and confidence of a woman of great knowledge and experience.” Her rebellious spirit and confidence are reflected in her new work – her gestures now bolder, asserting her unique vision of land and country on a new daring scale. Nyapanyapa’s ‘Yolngu Retjangura’ (People in the Jungle) recalls practices of graffiti; her minimal, repeated figures invoking the spontaneity of this urban mark-making gesture. This is complemented by material experimentation throughout this body of work, as Nyapanyapa seamlessly integrates organic pigment with industrially produced texta-pen, positioning bark alongside recycled paper.

‘Lawarra Maypa’ showcases the vibrancy of Nyapanyapa’s practice, which continues to challenge and engage contemporary audiences both in Australia and abroad.