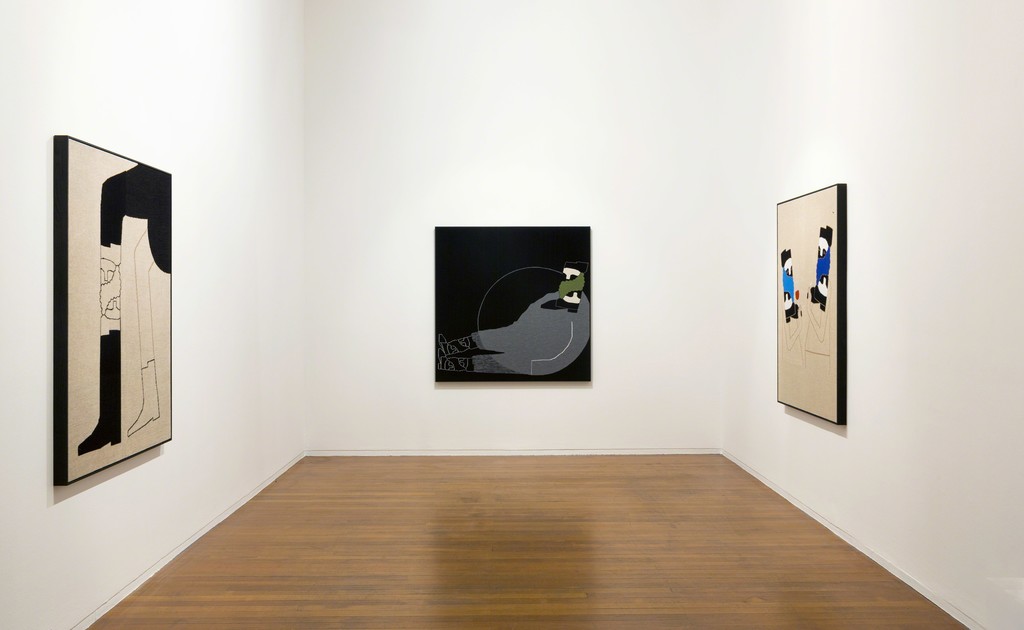 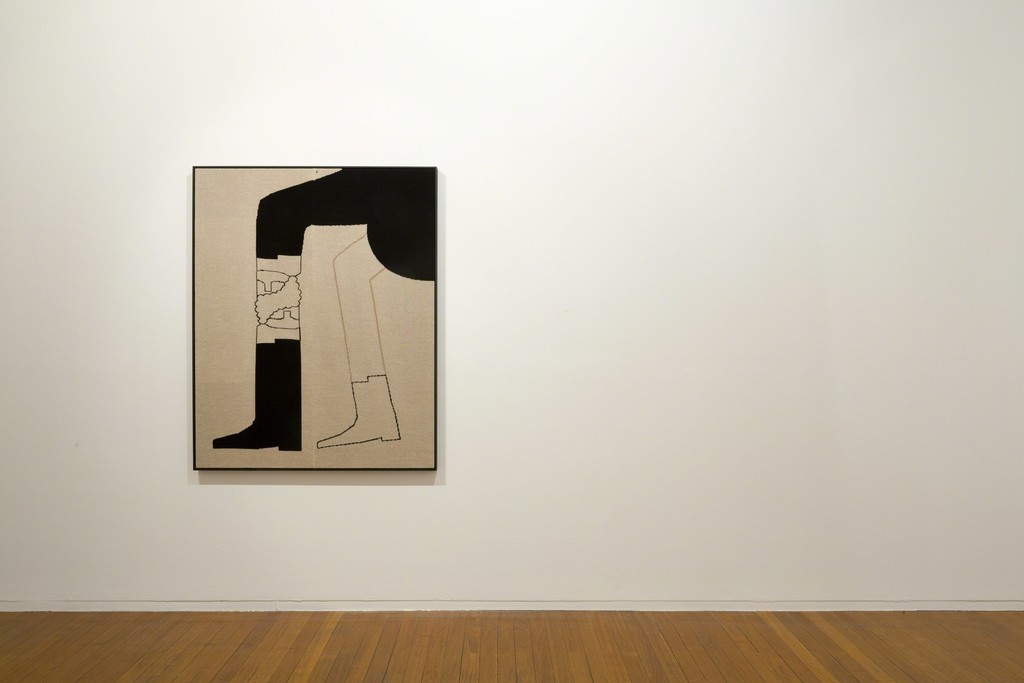 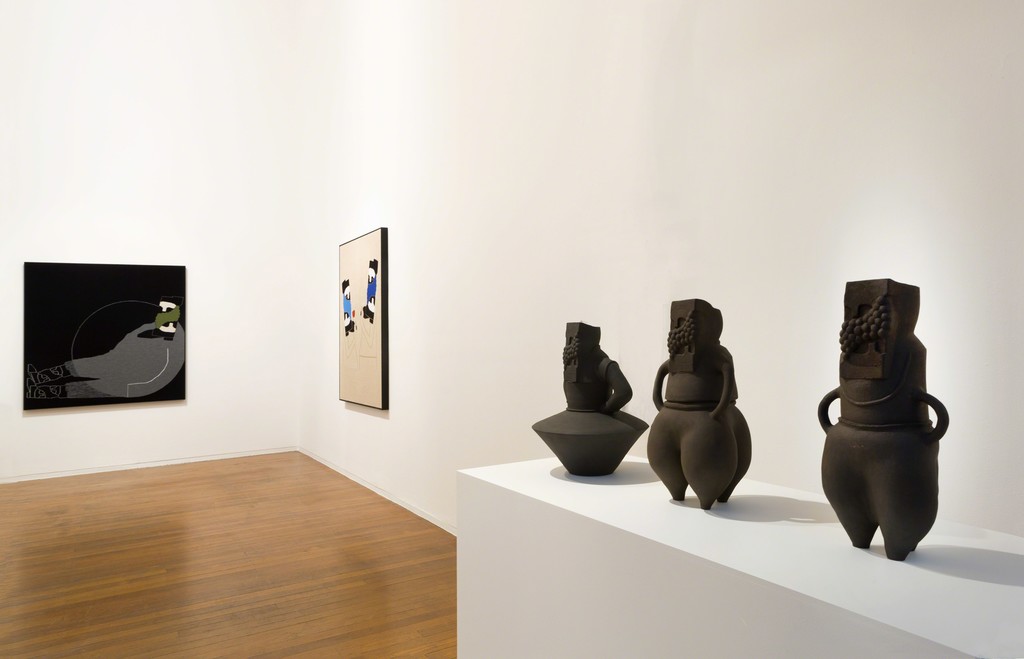 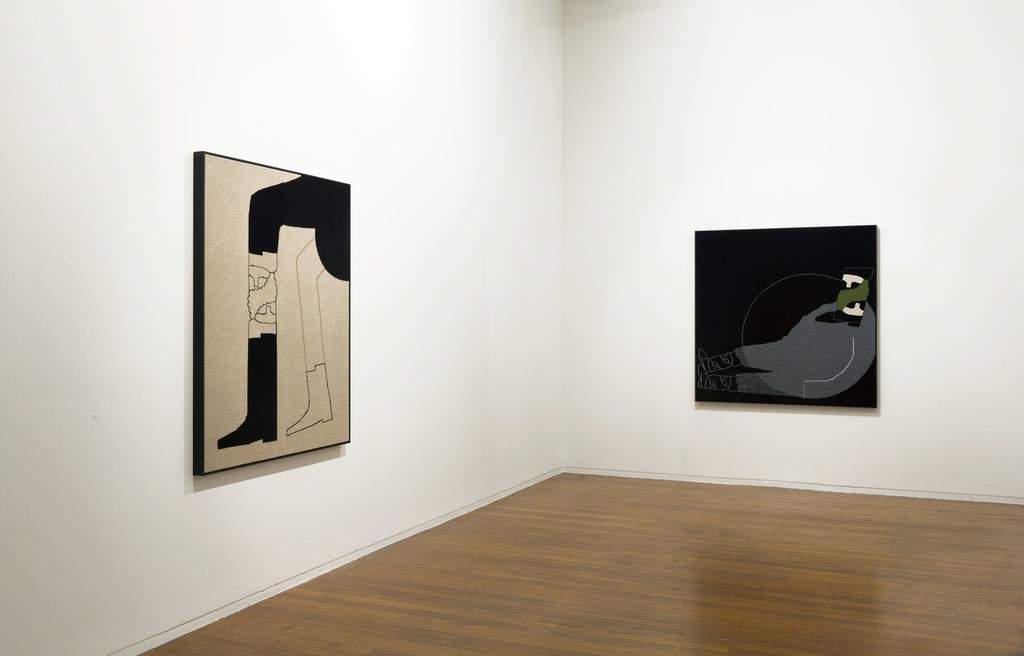 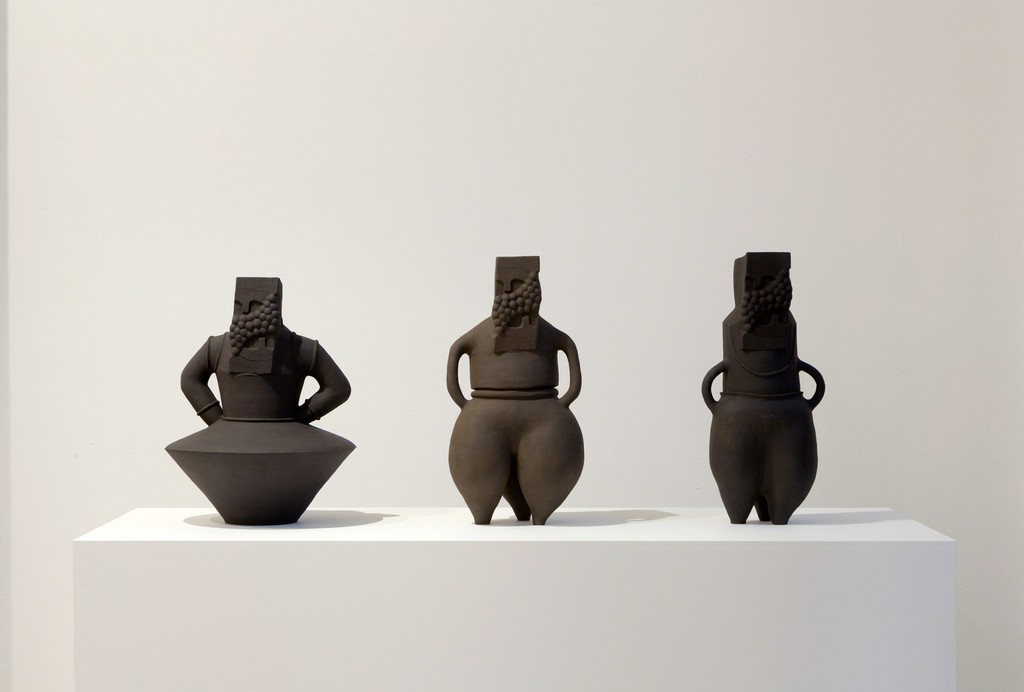 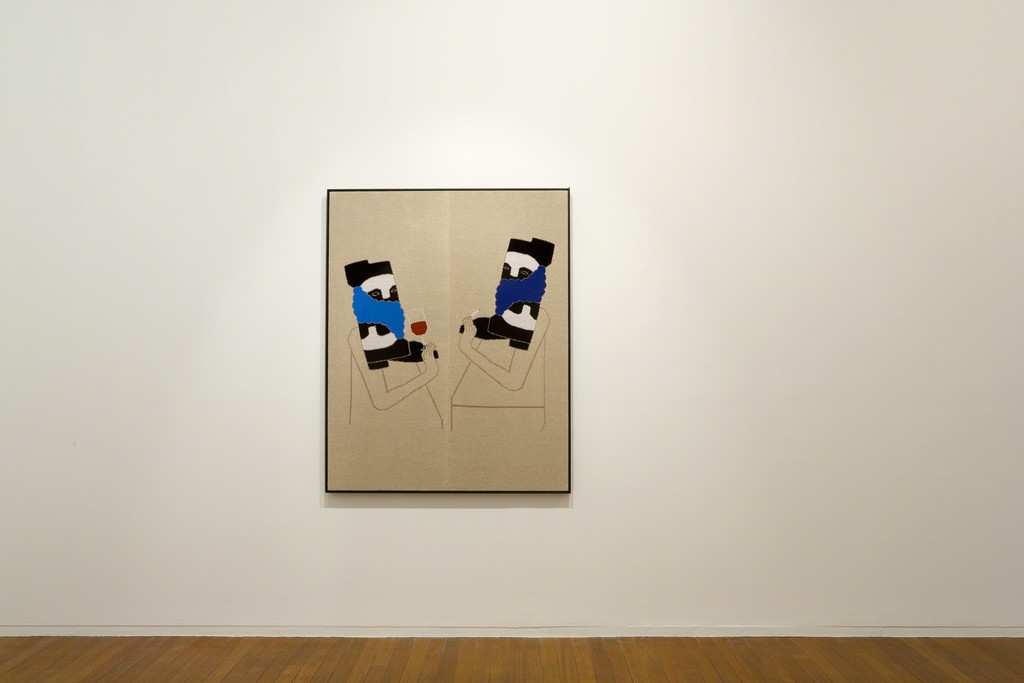 Roslyn Oxley9 Gallery is pleased to present our first solo exhibition with Renee So (London-based Australian artist), in an exhibition titled ‘Vessel Man’.

‘Vessel Man’ includes three new ceramic sculptures and three large textile works that weave narratives of the body as a vessel for an assortment of indulgences and vices. So works with yarn fiber and clay, creating enigmatic characters in her tapestries and ceramics that suggest a divergence of myriad lineages.

Initially interested in the decorative arts of East and West, So’s material investigation draws from an array of art history and anthropomorphic ceramicware. Her multifaceted works evoke not just the 16th century German stoneware jugs with their trademark bearded face called Bellarmines, but also Greco-Roman sculptures, Assyrian friezes, prehistoric pottery and cartoon graphics. Exemplary in her newest sculptures are borrowed conceits such as the double mirror-image faces that echo the king on a playing card and tripod legs inspired by Chinese Neolithic cauldrons.

In ‘Vessel Man’, So’s fascination with figures and objects as transformative vessels is concentrated into the boot in her latest tapestries. This new body of work signals a progressive breakdown in the structure of the doubled headed figure, as it gradually develops into a stylized form both classical and dandy. So executes her two-dimensional works using a knitting machine, painstakingly “constructing” the image row by row, a process that warrants tremendous dexterity. She deftly injects humour into humble depiction and a restrained colour palette with the artist’s outstanding gift for visual language and exceptional craftsmanship.

So’s works have been described as ‘totemic and universal’[1], they prompt viewers to examine how forms from mythology, ancient and modern history might be built in, or filtered through, different mediums to form rich and highly idiosyncratic visual choreographies. The durational aspect of So’s slow building up of the figure coil by coil or knitting line by line, enables the artist to distance her chosen forms from their origins, while at the same time suggesting the transitional relationship between culture and representation. Our gallery is delighted to welcome Renee So to our stable of artists.