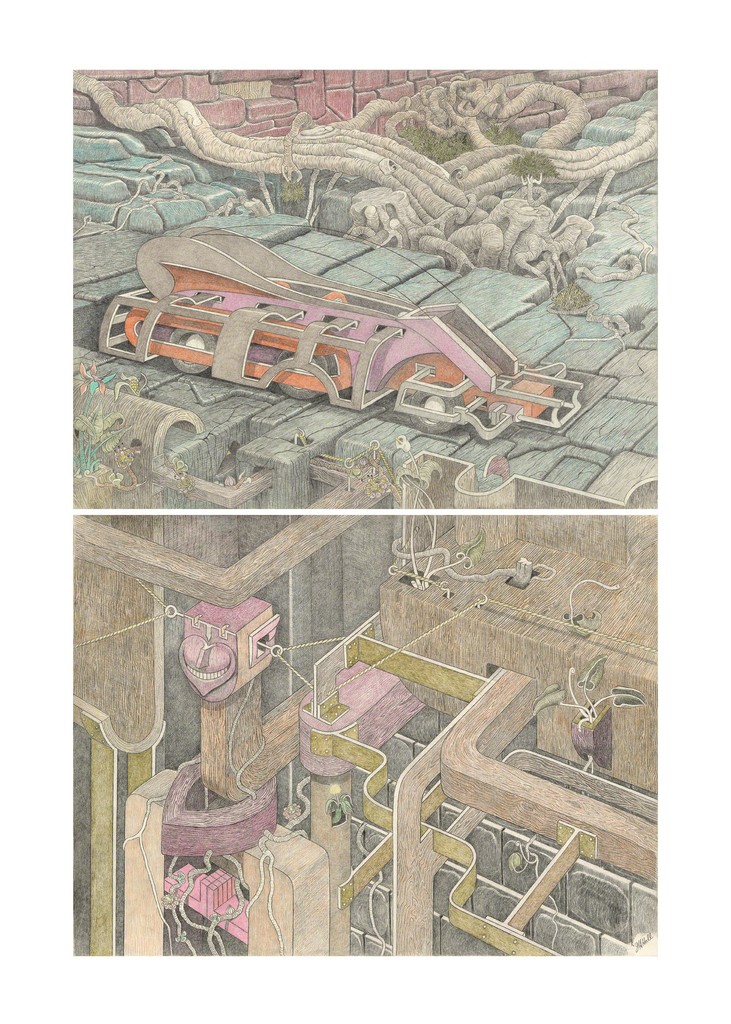 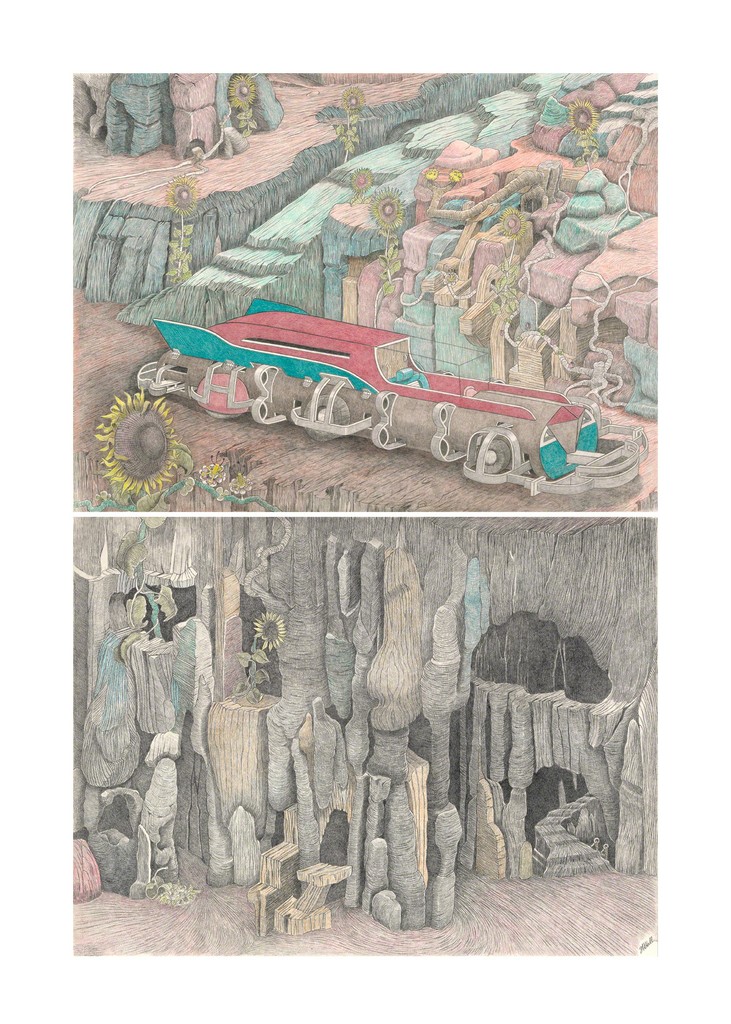 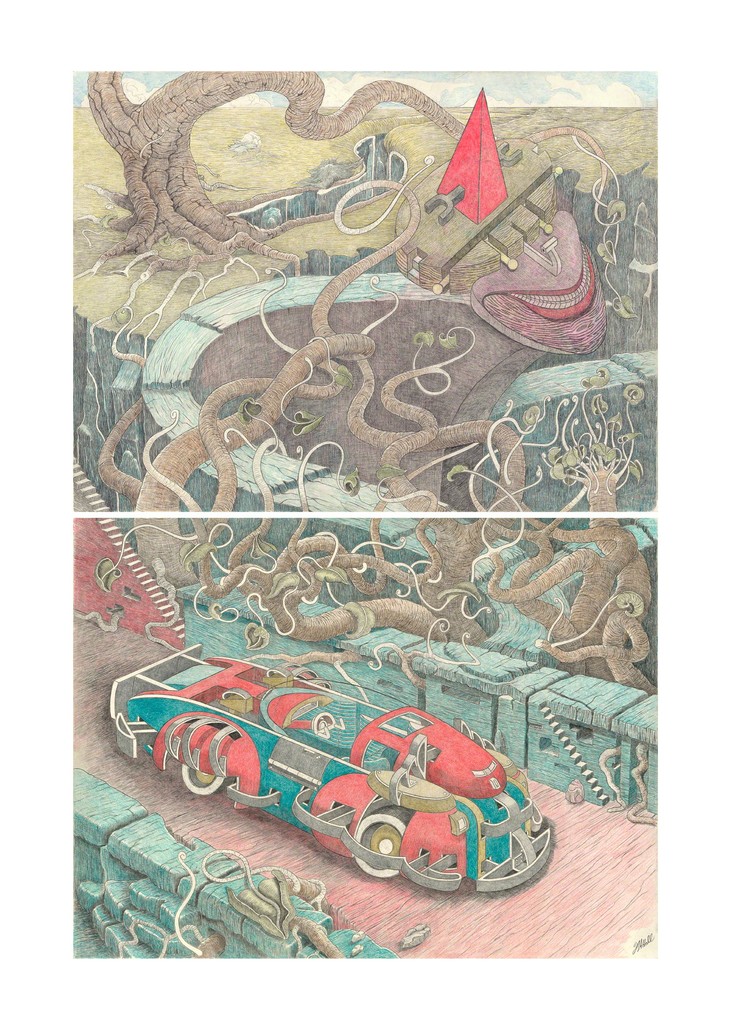 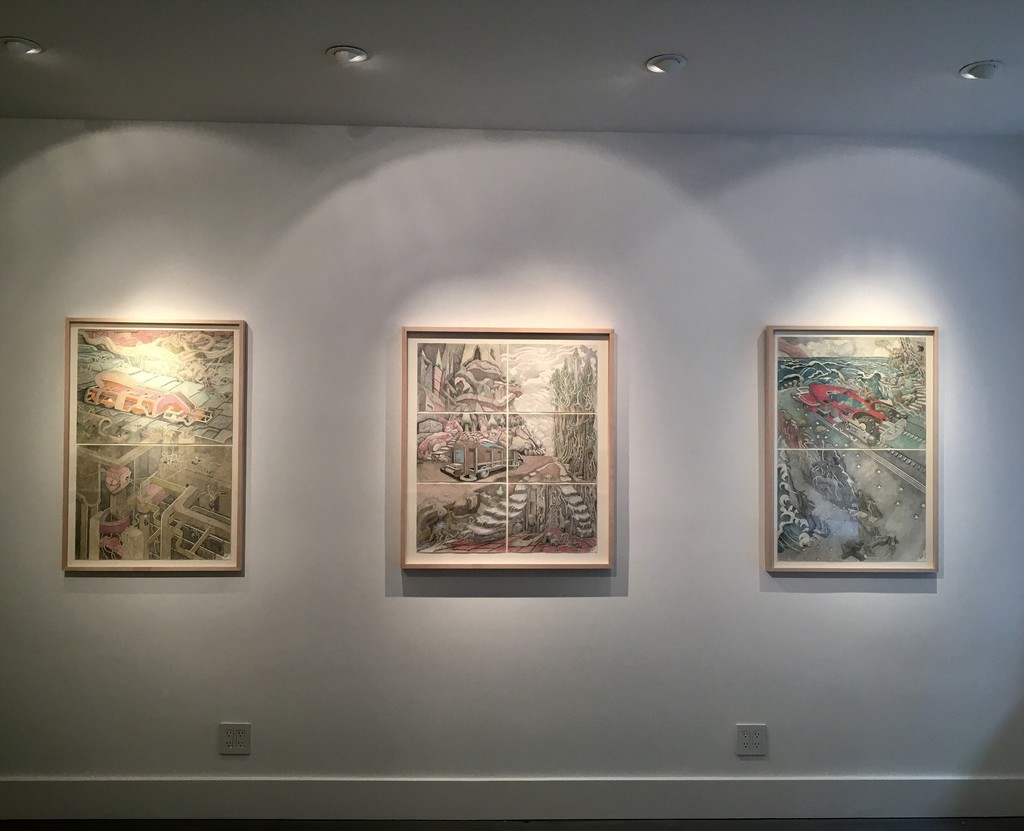 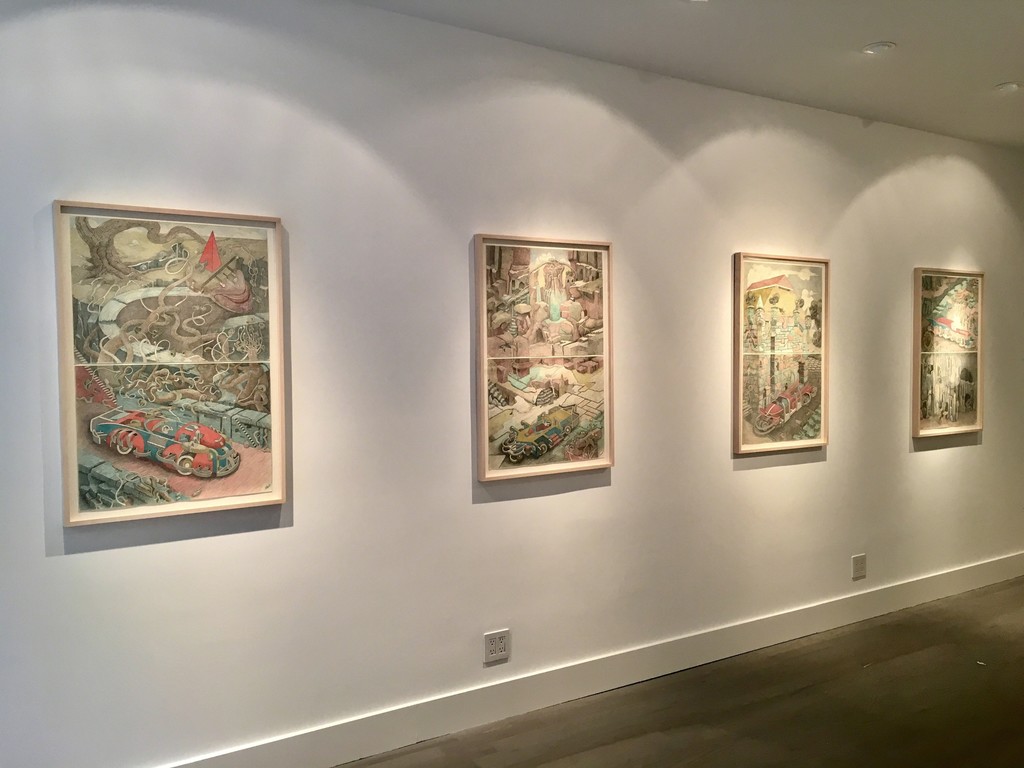 Ross + Kramer Gallery is pleased to present “Symphony of Survival”, a survey of multi-panel colored pencil drawings by outsider artist William A. Hall, a formerly homeless visionary whose works have been shown by the American Folk Art Museum. Titled after an early work of the same name, the exhibition showcases the broad symphony of safety precautions visible in Hall’s works - from armored cars to topographical challenges to weapon-like flowers. The show is set to run from October 12 to November 20, 2018, at 14 E 63rd Street in New York, with an opening Thursday, October 11 from 5:00 - 8:00pm.

The drawings are highly detailed, with surrealistic, mind-bending landscapes of automobiles and industry seamlessly coinciding with wonders of the natural world. While futuristic, the works are also deeply rooted in Hall’s past in their attempts at portraying safety, whether that be in shock-proof armored cars, or wooded hideaways. After eighteen years of homelessness (two years on a bike, sixteen in a car) prior to being discovered as an artist, Hall’s ingenious visual imagery displays his previous yearning for barriers to provide safety, and his present freedom to imagine them.